A restaurant that's been a neighbourhood favourite for almost three decades has permanently closed its doors.

Sarah's Cafe & Bar took up a corner spot in the Danforth East area for 28 years, but now they've announced it's time to retire.

The restaurant served typical local pub fare alongside beer and cocktails, as well as weekend brunch. 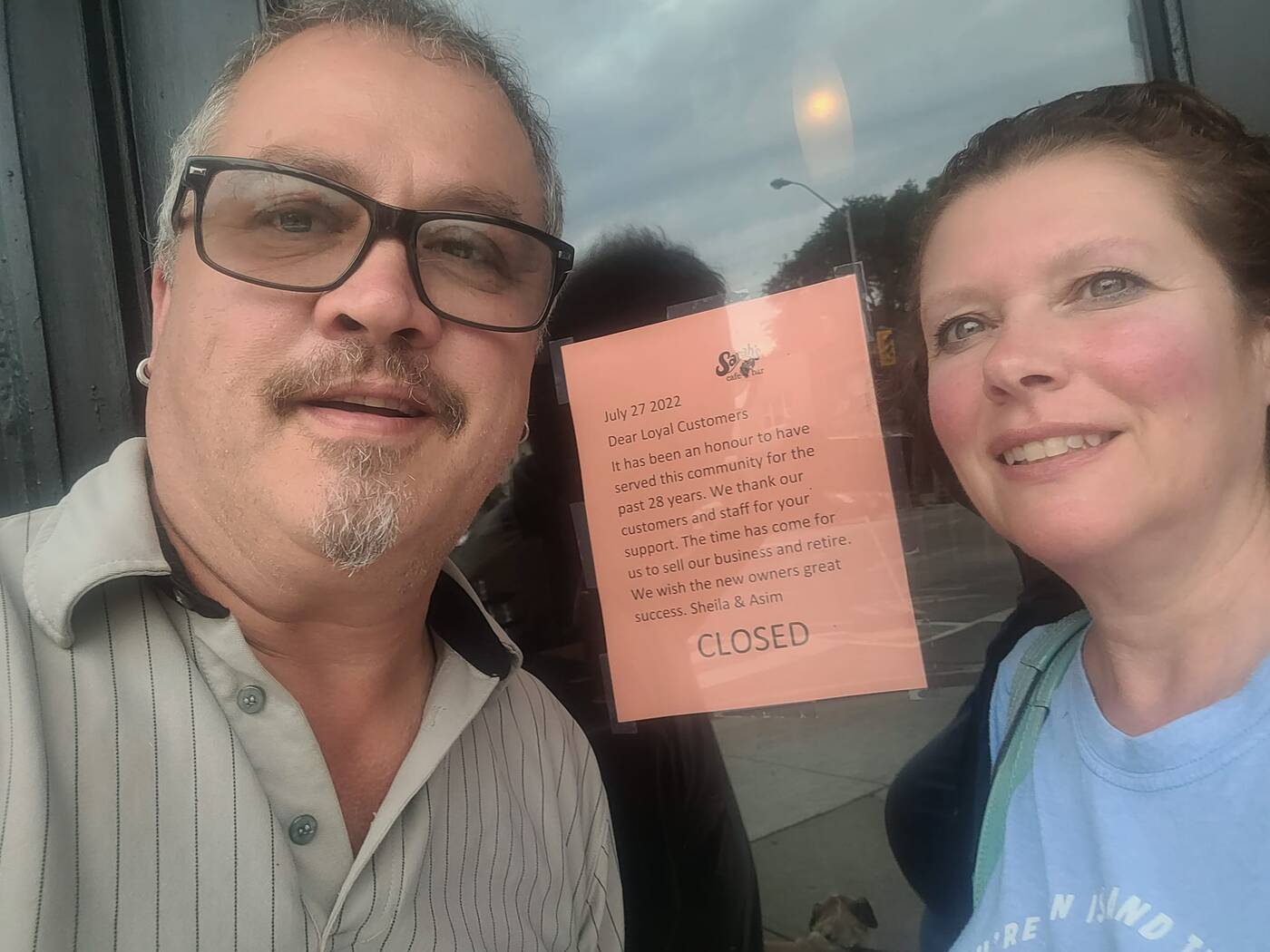 Restaurant co-owners Asim Ozses and Sheila Nolan posted a photo of themselves to social media as a way of announcing their retirement, standing in front of a sign on the door dated July 27, 2022.

In the caption to the photo, they called it the "end of an era."

"We did not get taken out by C-19," reads the caption. "We're leaving on our own terms. We live not too far, excited to see what Sarah's will morph into. We can assure you it will not be a chain or a fast food place. It will be an addition to the neighbourhood."

Ozses tells blogTO that the restaurant is in the process of being sold and that the last details are now being ironed out.

"Restaurant will go under renovation by the new owner and reopen late September in a new concept. It will be an independent restaurant," Ozses tells blogTO. "The new owner is an experienced chef, I'm sure it will be great success."