You might think fancy decorations only have a place on frosted goods like cakes or cupcakes, that is, until you see how Arlene Lott makes hers, with detailed graphic designs on them.

Lott is a graphic designer and baker in Toronto that has combined her skills to make some of the most beautiful and creative pies in the city as a side hustle.

Each pie can be customized and tailored to her customer's wildest dreams, from fillings to special messages and designs on the crust.

"The difference between my pies and other pies I've seen in the city is that mine are bespoke, they're made for you. Any flavour is possible provided I can get the filling, and if there's a special message you want to add on top, then we can work out the best way to do that which I think is unusual. I don't think anybody else is really offering that," Lott tells blogTO.

Lott starts off her designs using graphic programs to get the proportions just right, then prints off paper copies of the design and begins to cut her pastry on a flat surface. 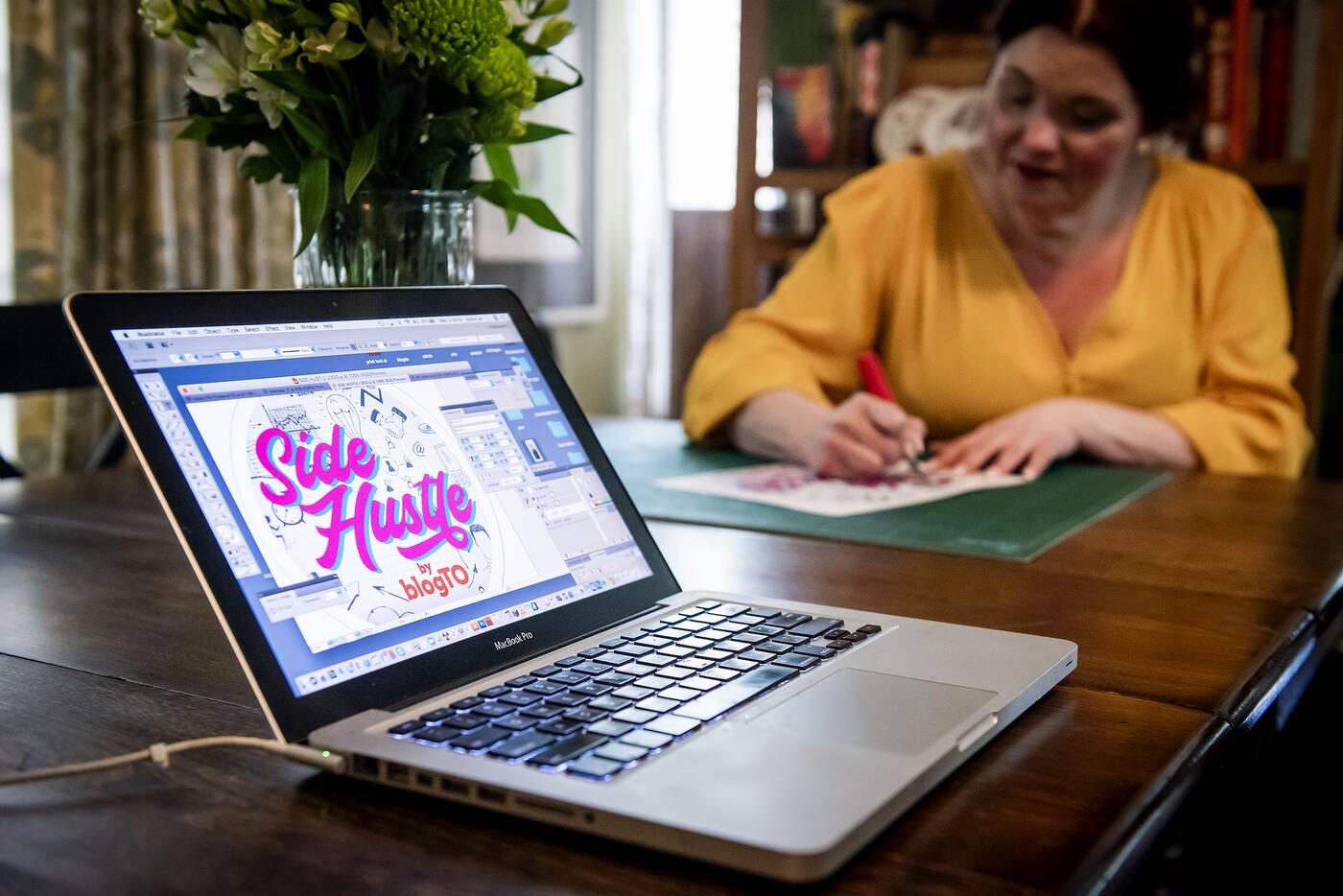 A trained graphic designer, Arlene starts her pies through a digital process.

To her, the most difficult part of the process is the baking itself - you never know how the final product will turn out once it comes out of the oven.

Some notable designs from Lott include many with political messages and meanings printed on them.

She designed an intricate pie once with a uterus on it in accordance to the political climate in the States surrounding bodily autonomy, as well as other pies with messages like "Every Child Matters" and "Stop Asian Hate."

You can find more of Arlene's pie designs on her Instagram, and place an order for a customized pie on her website.

Want more stories like this? Make sure to subscribe to Side Hustle, blogTO's show about people in Toronto who have pursued their passion as a side project and found success that premieres weekly on Snapchat.