You might remember the controversial Vegandale takeover of a Toronto neighbourhood a few years back with multiple vegan-based businesses all opening up within the same few blocks of each other.

Now, it appears their ambition to create a neighbourhood free of animal products in Toronto has faded, with no more storefronts affiliated with Vegandale still open in Parkdale.

The last remnant of the vision is Vegan Danish Bakery, which bought out the business about three years ago, about a year after initially opening.

It's still an entirely vegan bakery, but is no longer affiliated with Vegandale. The staff there are not aware of any reasons why the other businesses have closed. 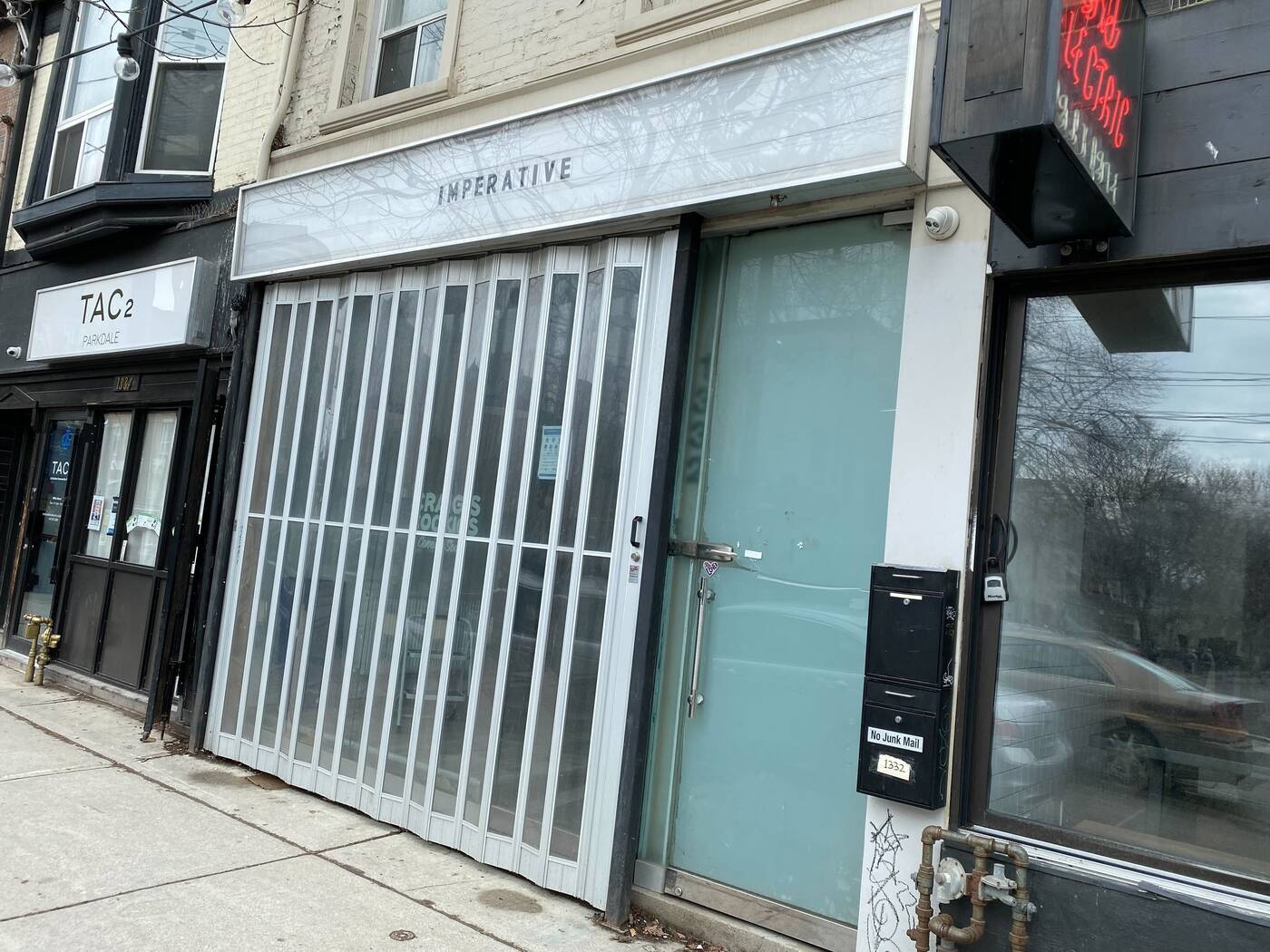 Shuttered storefront of Imperative, with signage for an upcoming Criag's Cookies. Photo by Amy Carlberg.

Bar Vegandale (a restaurant) and Imperative (a vegan clothing and accessories store) have permanently closed.

Imperative is becoming another outpost of popular independent stuffed cookie chain Craig's Cookies, and Bar Vegandale is turning into a restaurant called Nuna.

Imperative has closed their storefront in Toronto, but still operates online.

Nuna owner Jazmin Sansur tells blogTO that she thinks Bar Vegandale stopped operating in the space they're taking over in February 2022, and that they took ownership of the space on March 8, 2022. Sansur does not know the reason for the sale of the restaurant.

The new restaurant will serve fusion dishes with Peruvian influences (think Peruvian takes on dishes like risotto). Nuna means "soul" in a quechua language from Peru.

Nuna expects to start operating the second week of April.