On Monday it was revealed that Tim Hortons is rolling out fancy new automated conveyor drive-thru restaurants, part of an experiment to expand the iconic Canadian coffee chain with brand-new formats. And that's just the beginning.

As cool as the concept is — the first robo-drive-thru location now operational outside of Windsor — the car-centric model is something that residents of Toronto's densely-packed neighbourhoods with low car ownership rates are less likely to get excited about.

But it would appear Tims has that demographic covered as well, a representative of the brand telling blogTO that the drive-thru is "just one of a number of new formats we are testing at Tims restaurants in 2022," adding that "there's another in Toronto."

In a decidedly urban answer to the drive-thru, Tims has opened a comparable version for pedestrians and cyclists in the heart of the city.

"At 419 Bloor St. East we're testing a mobile and delivery order walk-up window so guests can quickly grab an order on the go without having to go inside the restaurant and wait in line," says the Tims rep.

The new window adds on to the existing location at the southwest corner of Bloor and Sherbourne, a popular stopover among commuters transferring between Sherbourne station and the 75 TTC route. 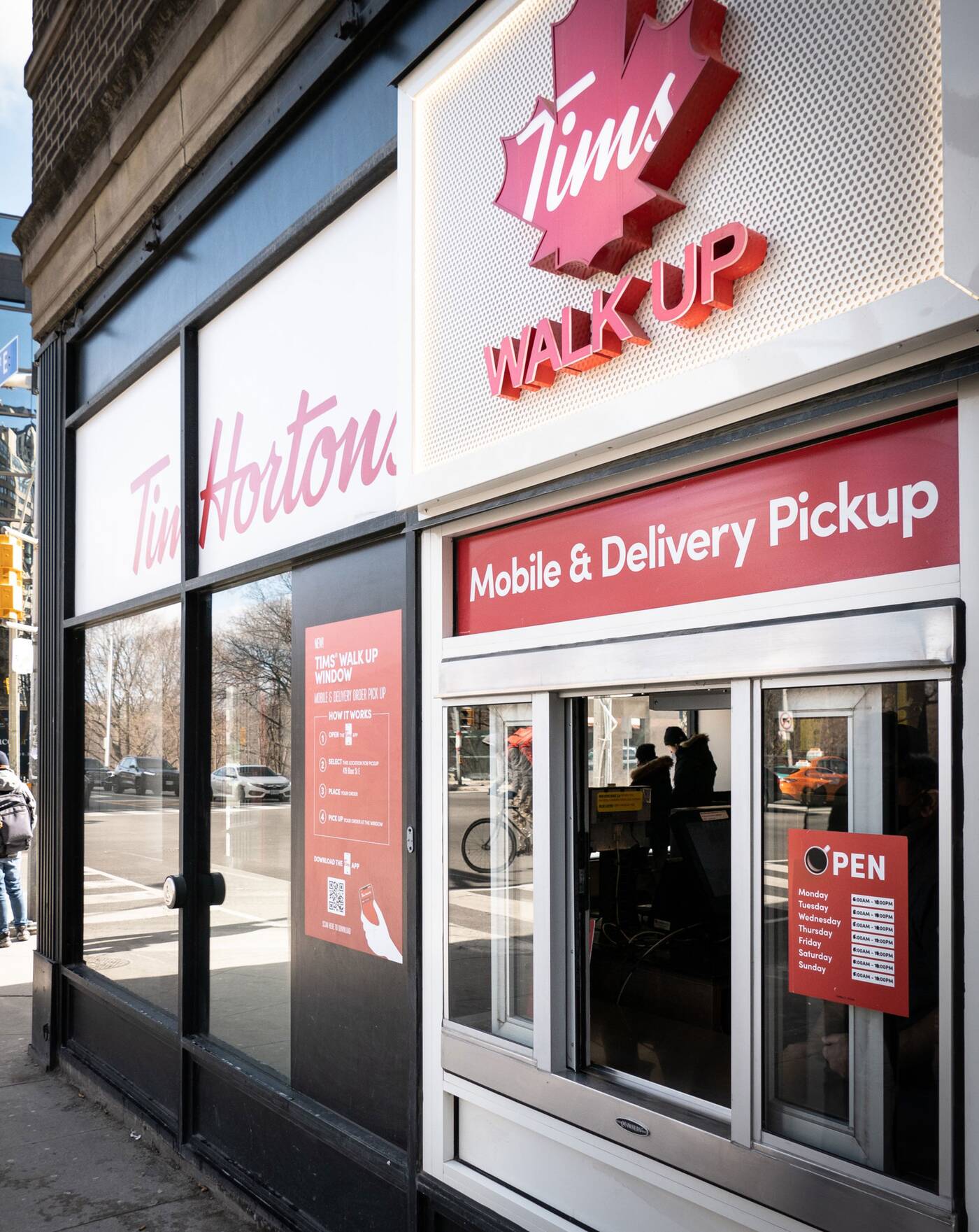 To use the walk-up window, visitors first have to open up the Tims app and select the specific location before placing their order and simply walking up to the window to collect it.

It may be a new concept for Tim Hortons, but it's one that many in Toronto may already be familiar with: A similar McDonald's walk up window has existed along the McCaul Street side of the Village by the Grange location for well over a decade, though it appears that orders are no longer taken via the walk up.

Other Toronto McD's locations have adopted curbside pickup windows since the start of the pandemic, similar in concept to what Tims is now rolling out in the city.