The day drinking winos of Liberty Village were blessed beyond belief this week with an unexpected outpouring of free booze — all over Hanna Avenue.

An LCBO spokesperson confirmed to blogTO that a delivery accident had taken place outside one of their more popular Toronto locations on Tuesday afternoon.

"No one was hurt and the team worked quickly to resolve the issue," said the LCBO spokesperson.

Photos from the scene, posted by a resident named Patrick around 1:45 p.m. on Tuesday, suggest that some workers lost control of a skid filled with many, many bottles of wine. 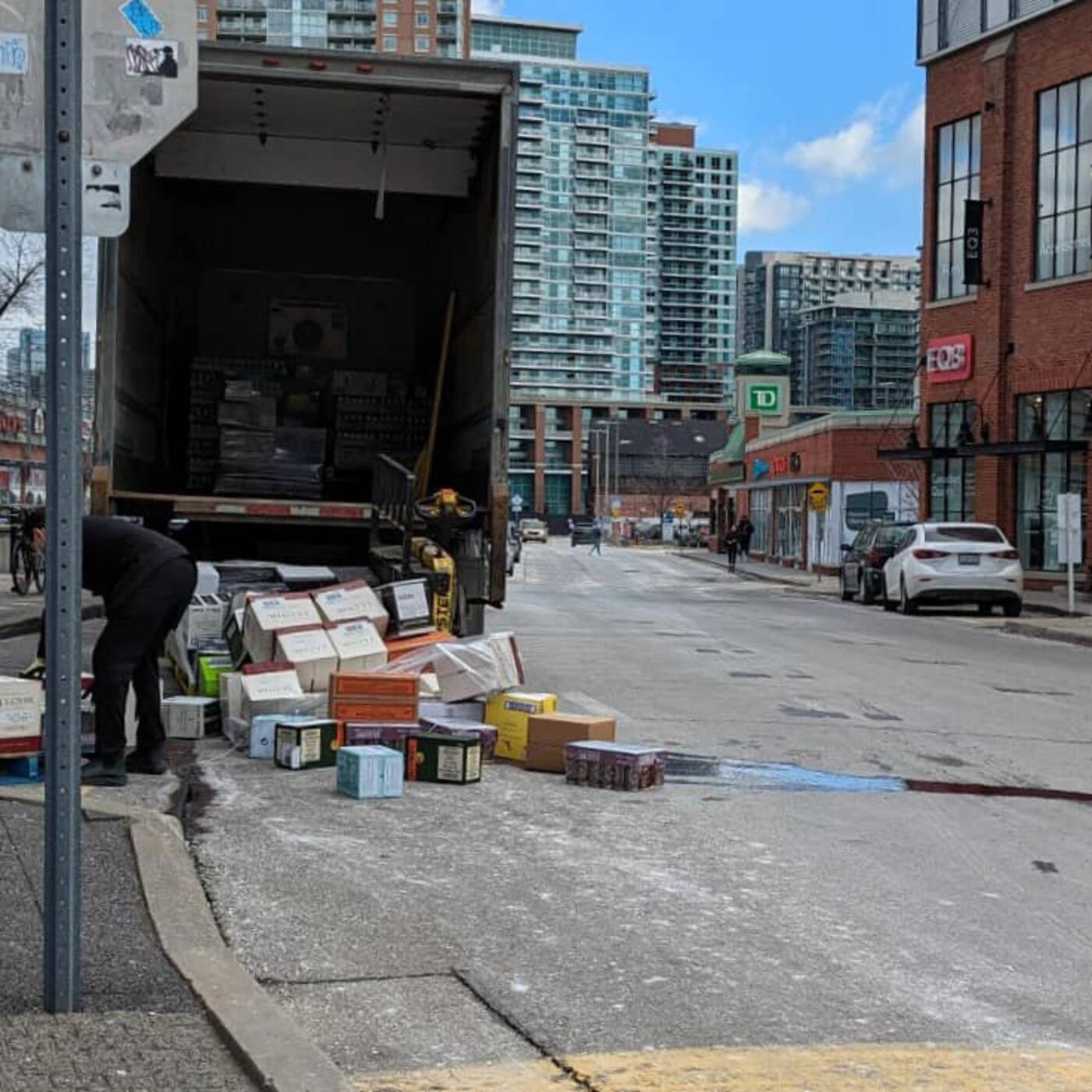 At least some of those bottles contained red wine, judging by the logos visible on the boxes and by the fact that red liquid was pouring forth from the pile of smashed bottles, out into the street.

Wine moms rushed to grab their straws as news of the spill spread online — or at least they did in the heads of people finding some humour in the unfortunate situation.

"Free booze... bring a mug and a strainer," wrote one Facebook user.

"That guy is going to pay a hefty uncorking fee. His friends are probably shirazzing him for being so clumsy," joked another. "Maybe he'll get a permanent vacation and be able to go tannin on a beach (he can take a Cab there). It would help cheer him up if he's feeling Merlot, Pinot what I mean? Help. Sauv me from myself." 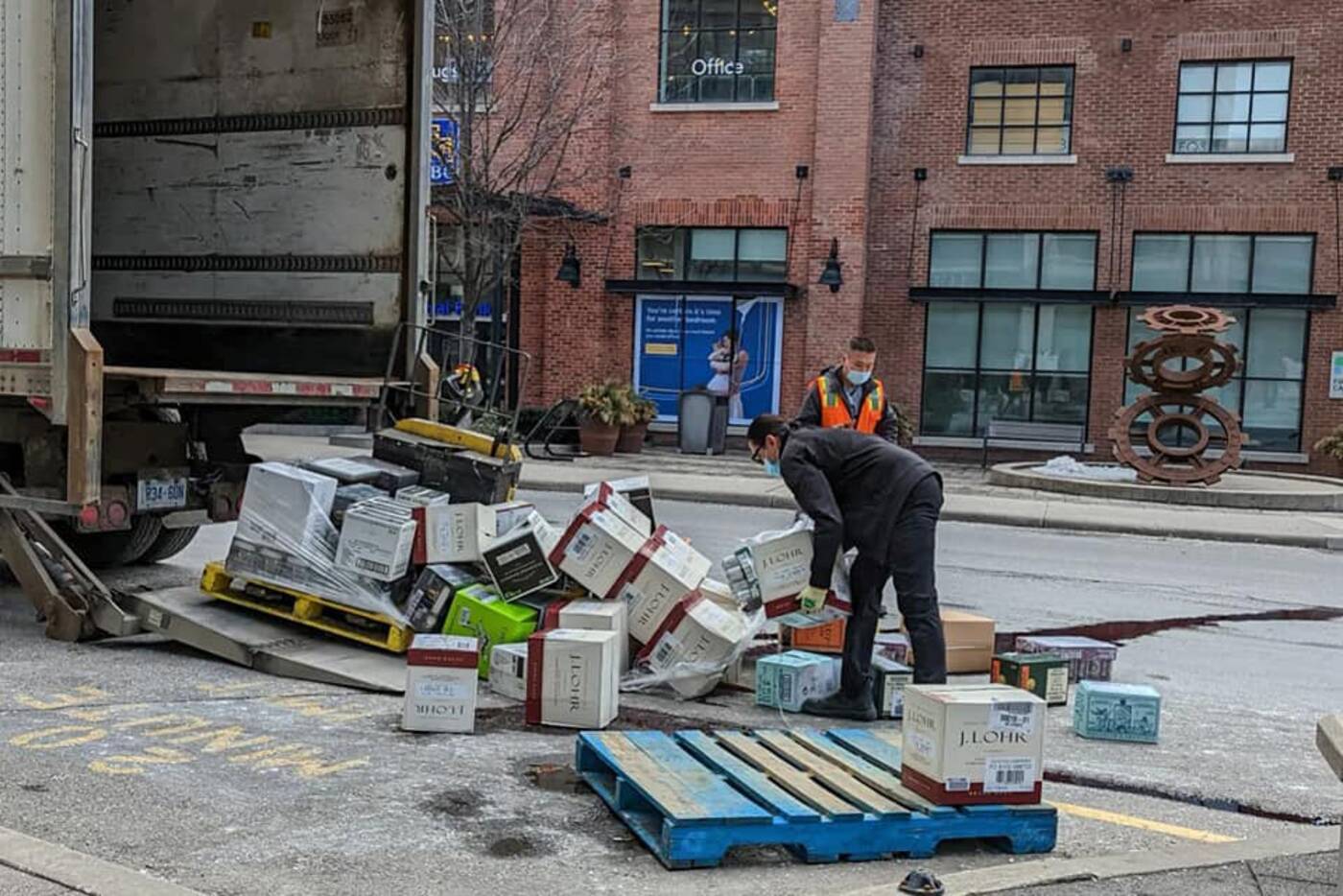 The original poster simply captioned his photos with "CURB ALERT: free wine #wineoclock." Another joked in the comments about how wine sipped from a salt-laden Toronto road in March might actually taste: "I'm getting a lot of earthy, salty notes on the finish of this."

The LCBO did not say how much product was lost in total or how, exactly, the boxes fell out, but it's nice to know that nobody was injured when it happened.

As for the intersection of Hanna Avenue and Snooker Street, well... it now boasts a dried up, deep red river bed.

It'll take more than a few Tide to Go pens to get that whole wine stain out.