Beloved Chinese restaurant is getting its first downtown Toronto location

A Swiss Chalet location in downtown Toronto was one of the many casualties of the pandemic, but its shuttered shell will soon be home to a new location of a Chinese restaurant chain with a dedicated following around the Greater Toronto Area, known for comforting classics like congee, soup, noodle and rice dishes.

Vacant since 2020, the former Swiss Chalet on the first floor of 360 Yonge Street, just south of Gerrard, will be replaced by the ninth location of Congee Queen, revealed in a recent signage permit application submitted to the city in mid-February.

The copper-coloured base of the since-removed Swiss Chalet sign will be replaced with a new patterned motif framing the Congee Queen branding, with a total sign area of approximately 24.5 m². 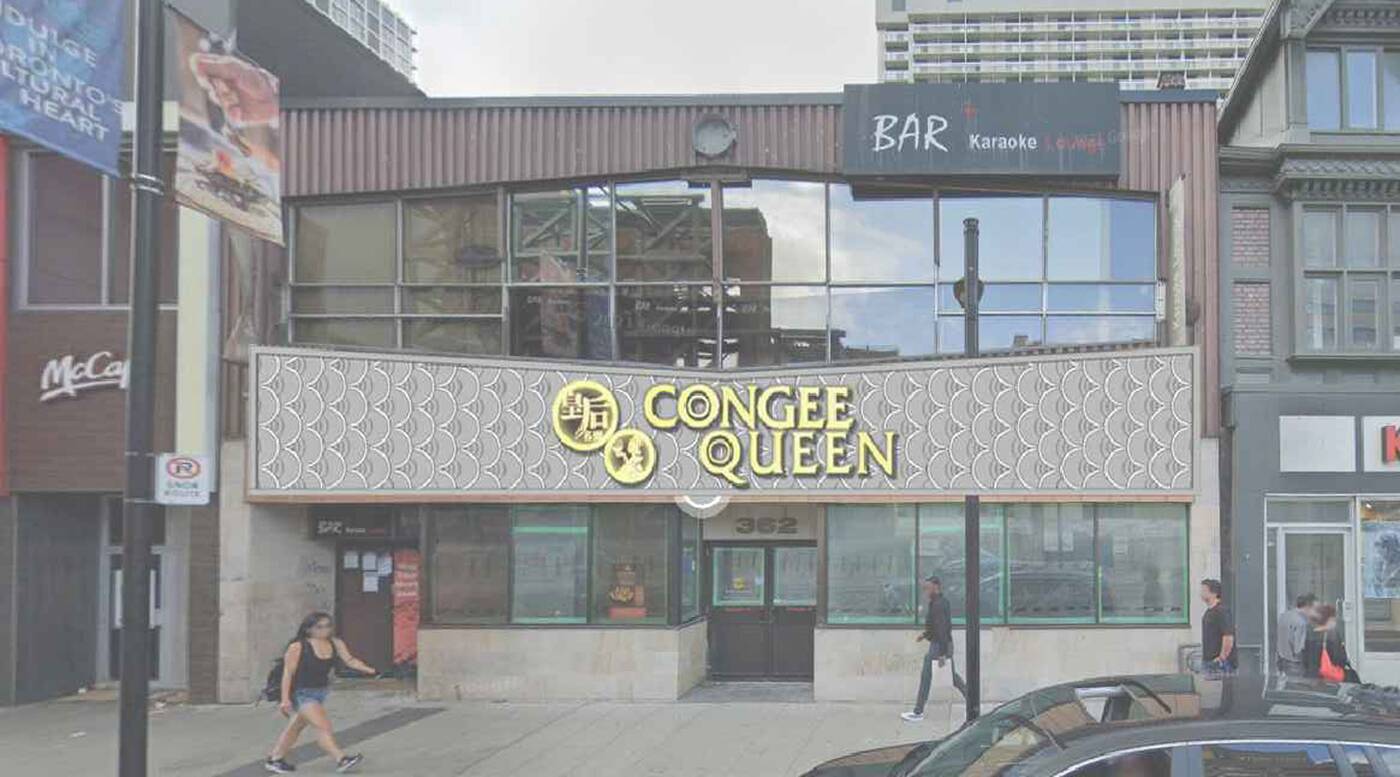 Though the application for the new sign is still pending review by the city, it's a dead giveaway that Congee Queen will be setting up shop here in the very near future.

Plans also indicate that signage for the Bar + Karaoke Lounge on the building's second floor will be retained, meaning that business will be spared from any of the planned changes on the horizon.

The chain already operates eight locations in the GTA, including two in North York and one in Scarborough.

The 360 Yonge Street location currently in the works will mark the first downtown location for Congee Queen, which has seen a successful expansion in the inner and outer suburbs in recent years.

Not only will it bring the popular restaurant to a new downtown market, but the upcoming Congee Queen will reanimate a dead zone that has existed on Toronto's main street for pushing two years.