A store that sell snacks in Toronto that says Uber Eats is withholding money from them.

Snack Dealer had signed up for Uber Eats' "BYOC" program where they can employ their own couriers for a lowered commission fee.

Owner Mark Chiu claims the business was getting about 100 orders weekly until the week of Jan. 17, when a huge snow storm hit Toronto and Chiu says orders started flooding in.

Due to the bad weather, he says there was a shortage of drivers, but not for Snack Dealer. Unlike restaurants relying on Uber drivers, which suffered, their business was actually boosted, Chiu says.

He claims Snack Dealer received over 500 orders in three days that week, and though some were cancelled due to unexpectedly long wait times because of the demand, they even hired additional drivers to deal with the increase in orders.

Chiu then claims after those three days they paused orders because they needed to get paid to restock. 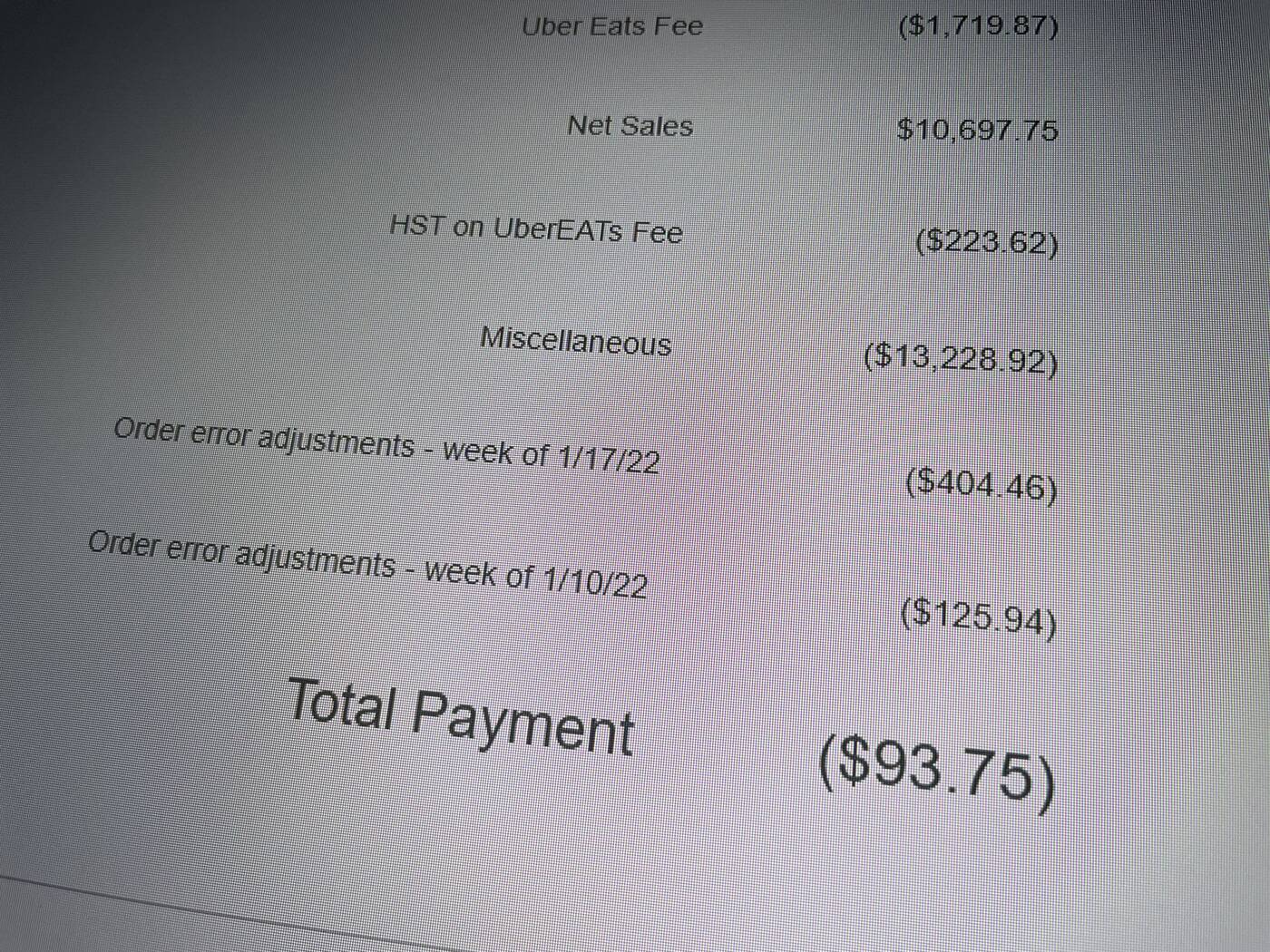 On Jan. 21, he says Uber Eats informed Snack Dealer they were terminating their agreement with them due to an "unusually high number of fraudulent orders," with an item initially marked "egregious fraud" on their payout summary for $13,228.92.

When he received the official payout summary, he says the fraud item was changed to read "miscellaneous."

"After confirmation with the bank that no funds were being transmitted from Uber to our account, we sent an email with our concerns about the missing payment and requested explanation with the situation," says Chiu.

He says the email he received back didn't have any info about the missing payment, but said Snack Dealer didn't have a "current food establishment license or business permit" and so has been put on hold and rendered invisible on the app.

When Chiu emailed back that they wished to leave the platform and wanted to request all their pay by the end of January, he said they received a reply on the very last day of January that the $13k payment would be released and available Feb. 7.

When Feb. 7 rolled around and Snack Dealer still wasn't paid, Chiu says they put in yet another report and request for an update from Uber. He says they were then promised an update from a "payment team" within the week which has still not arrived as of today.

Chiu claims he made one last ditch attempt to contact Uber on Feb. 14 which was never followed up on, and that the business has now ceased operations as a result.

"Our operation is currently ceased due to this non-payment, me and a few of my colleagues are counting on so much with the release of these funds to make ends meet."

Uber Eats tells blogTO that due to privacy concerns, they can't comment on specific merchants, but should be following up with Snack Dealer.

"Our team is looking into this issue, and we are in contact with Snack Dealer to learn more about their experience and follow up on the communications we've already had with them."