The power was shut down this week at a Toronto restaurant during one of the busiest days of the season while they actively had reservations.

Casa Portuguesa was notified on Dec. 16 by a construction company of the power outage planned for Dec. 21, which is taking place for system upgrades and equipment replacement.

Co-owner Carlos Oliveira phoned the same day, explaining they already had a large number of takeout orders and holiday reservations planned, and couldn't afford to shut down.

"I offered that I would be willing to close any day they wanted in January," Oliveira tells blogTO. "But this business was needed." 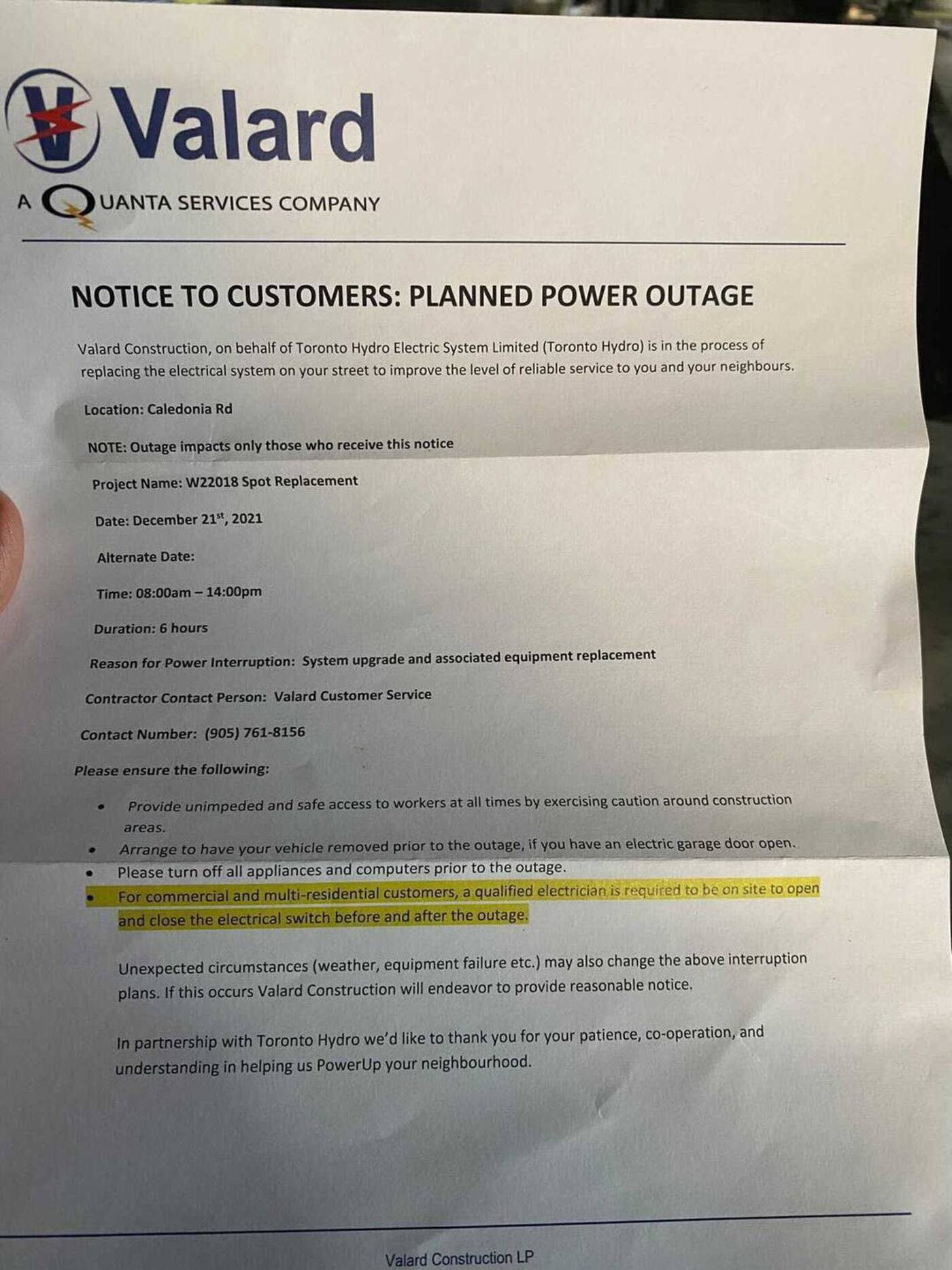 Every reservation counts for them right now, as they've already had parties and large companies cancel on them.

"They told me they understood and would talk to their managers and let me know something," says Oliveira. "They never got back to me."

Oliveira and his team continued on with the business of getting caught up in holiday madness while never hearing anything back. Then Toronto Hydro showed up on Dec. 21 to disconnected power and one worker, he says, "actually was laughing at us."

"What hurts the most is their lack of empathy," says Oliveira. "This is just awful, it's Christmas week and going through this is so stressful."

Because of the planned power outage, the restaurant is also unable to use its phone or debit system. No one was warned, so people have been walking in and out of Casa Portuguesa today empty-handed, including regular customers.

The initial notice stated that power would be restored in the afternoon.

"A few disappointed clients that had company parties had to be cancelled. Having to inform them this morning was stressful, especially when they support us so much."

Toronto Hydro responded to one of Casa Portuguesa's Instagram posts about the issue writing "We hear your concerns," but saying that "due to potential safety concerns, we need to move forward with replacing this defective transformer. Our crews are working as quickly and safely as possible."