This Toronto bar helped give birth to a neighbourhood's nightlife scene

A tiny Toronto dive has been known for almost two decades as a place to get a start as a DJ, or at least get a great craft beer.

The Embassy was opened in 2004 and is owned by husband and wife team Lucy Cant (who runs the place) and Dave Brandon.

The building is owned by Anthony Aarts, who owns the nearby backpacker's hostel Planet Traveler as well, which used to be in the same neighbourhood.

Aarts envisioned Embassy as a place where people at the hostel could stay and hang out, and though Planet Traveler has since expanded to a larger building elsewhere, Embassy has retained its status as a gathering place for people passing through as well as creative folks. 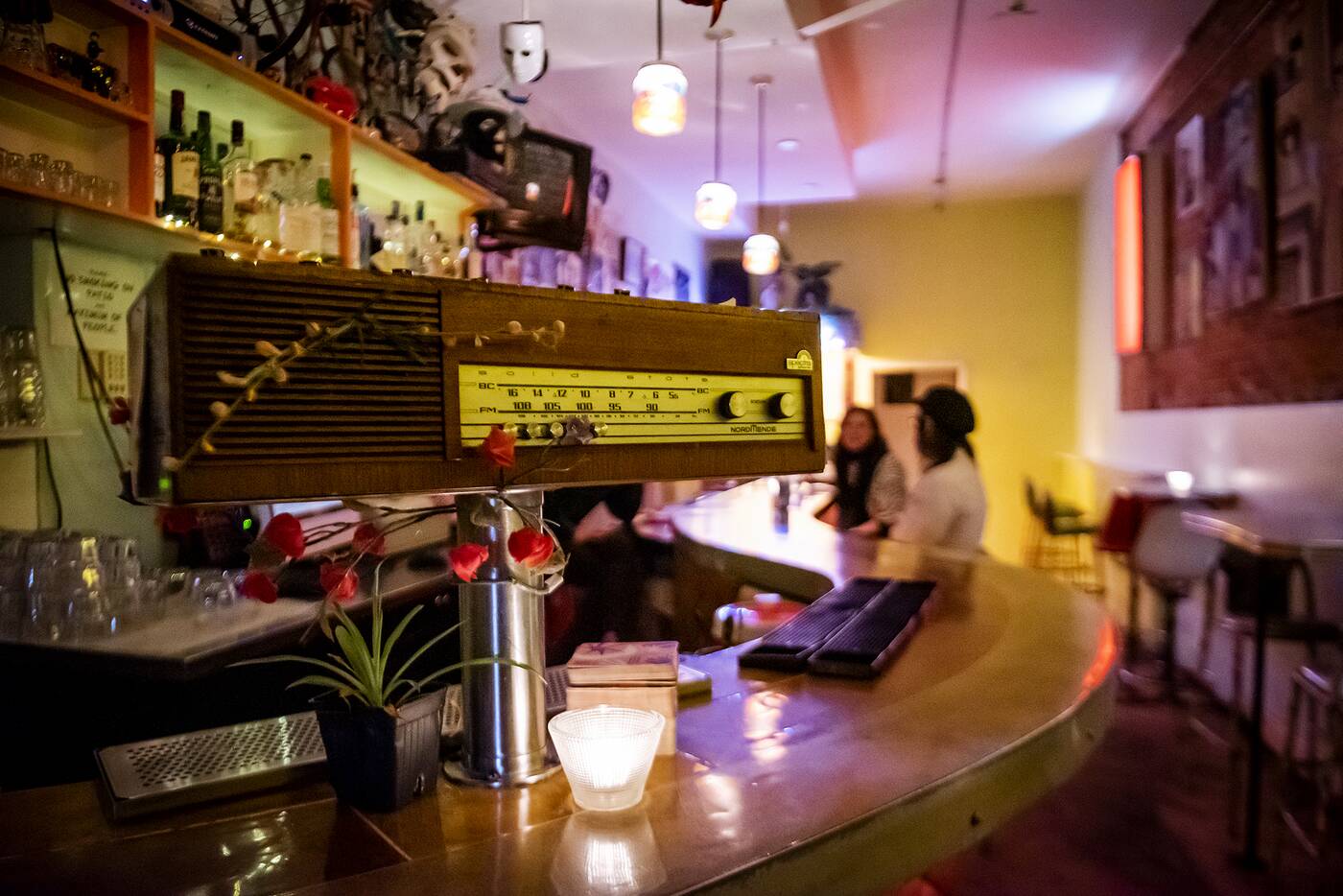 Over the years, the bar has become a favourite hangout for DJs and artists, and the type of people that flock to Kensington's unique and low-key bar scene.

"There is this sense of it being its own world, a sort of 'what-happens-in-the-Market-stays-in-the-Market' idea, so I think people feel a bit more free when they're here," Cant tells blogTO. "People come to the Market looking for an adventure, rather than it being a place to be seen."

Decades ago back when Embassy first opened, however, Kensington wasn't as much the happening nightlife scene. After the sun went down, people largely went home, and Cant says Embassy was known as "the new yuppie bar."

"We were one of the first places to draw people here at night, so in that way we were part of its evolution, but we've always strived to be inclusive, both in terms of our attitude and our pricing, so in that way I think that we've helped it stay strong," says Cant. 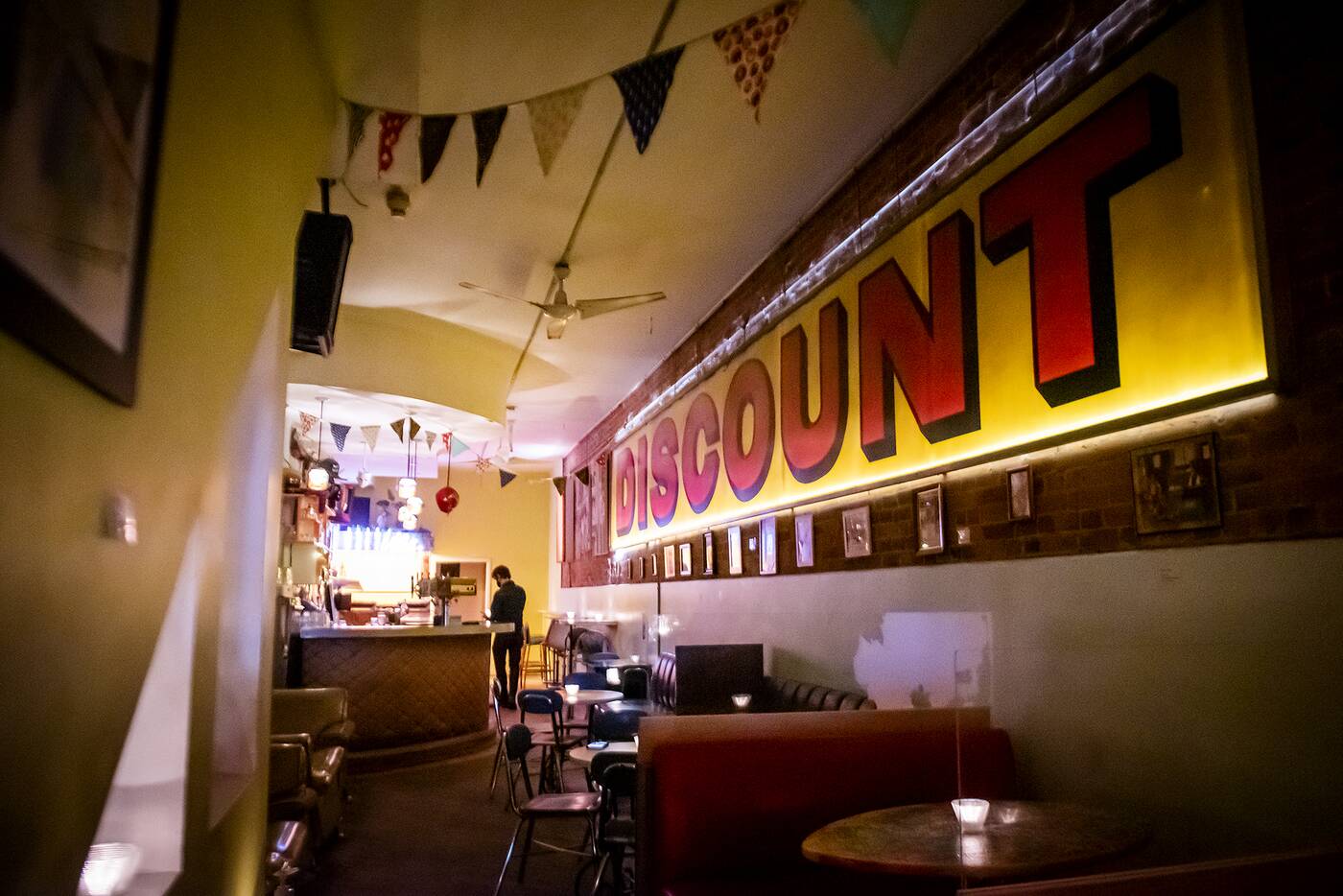 Their longevity also might be owed to Cant and Brandon's long history in Kensington, having hung out there forever before opening Embassy, Cant working one of her first jobs in Toronto at Mr. Kim's, now Lola's. The community they had been a part of for so long came out to support when Embassy opened.

"As we hired people, the family grew," says Cant.

"Everyone who's worked here has brought with them different social and cultural influences, connections to musicians, artists, friends, all of whom have helped make The Embassy what it is.  People usually work at The Embassy for a really long time."

She says this also helps foster an illusion that "illusion that nothing ever changes at The Embassy," which, while it isn't really true, she thinks people find comforting.

When it comes to drinks, local craft beer is the main offering on the menu with brews from Ontario companies like Elora.

Not only is Embassy one of Kensington's long-standing bars, it's one of Toronto's first craft beer bars, initially inspired by a trip to Montreal and discovering Unibroue and McAuslan. If that's not your speed, though, they can always whip up a classic cocktail. 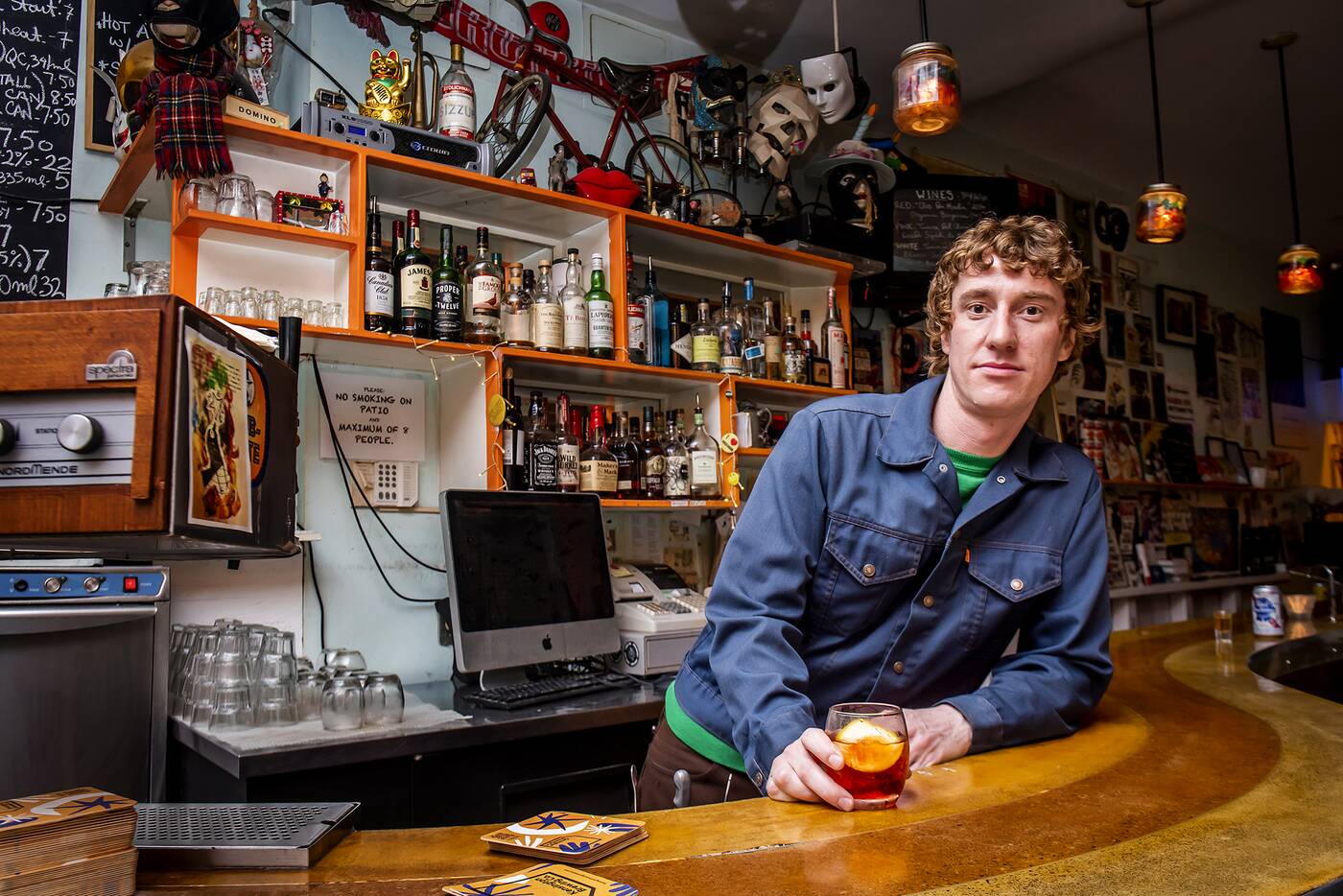 An accommodating landlord and support from the government were key to the Embassy being able to survive through lockdowns.

"We just just went into hibernation and got through," says Cant. 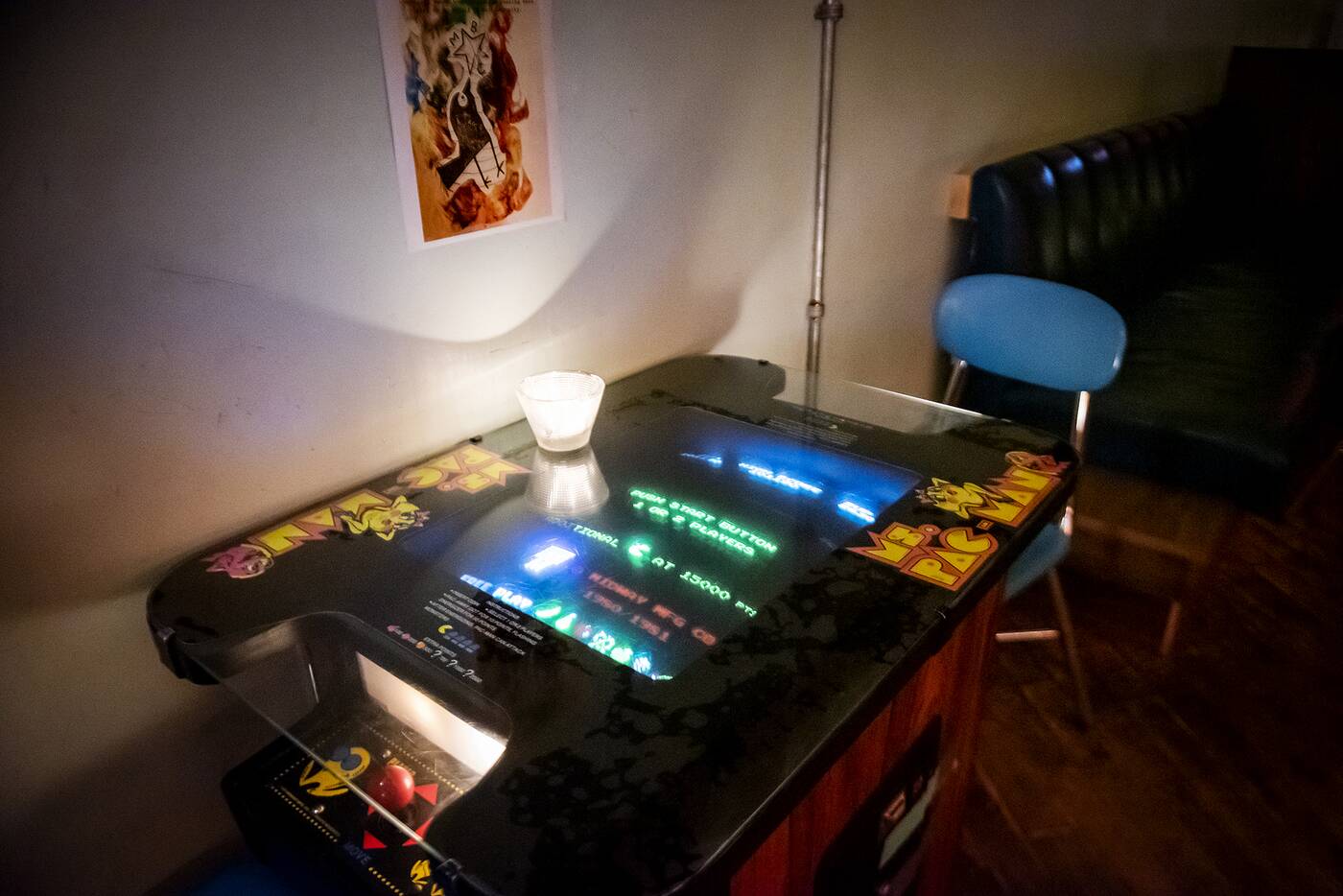 While hibernating is one of the toughest things our nightlife businesses and bars have had to go through in history, reopening has been just as daunting.

At a bar whose original mission statement, like many bars, was all about bringing people together in a chill and welcoming space, one of the hardest things to do has been keeping everyone safe with restrictions while still trying to maintain their relaxed atmosphere.

"The whole thing was so counterintuitive," says Cant. "We've always been about bringing people together, and now it was our job to keep them exactly six feet apart." 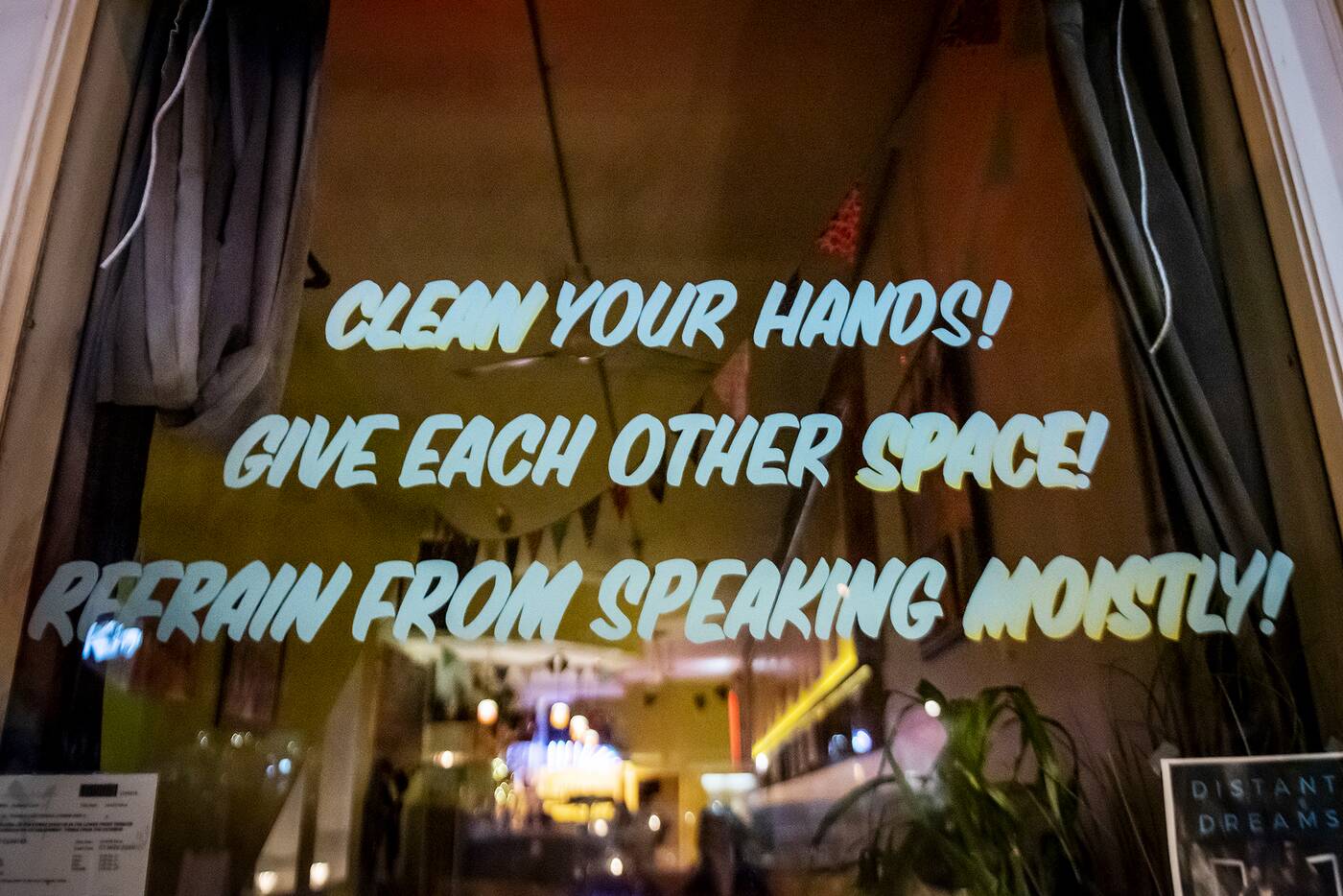 Before lockdowns, The Embassy always had DJs spinning every Thursday, Friday and Saturday night. The bar also rotates art shows in the space featuring work from local artists.

After months of closures and restrictions they've been bringing back DJs, and they just hung their first new show of paintings since January 2020 featuring the work of David O'Brien.

"I think that to DJs and artists alike, we offer an unpretentious, creative space to show and perform," says Cant.

"We'll give anyone a chance as long as they are doing something new and inclusive, and they're doing it with heart." 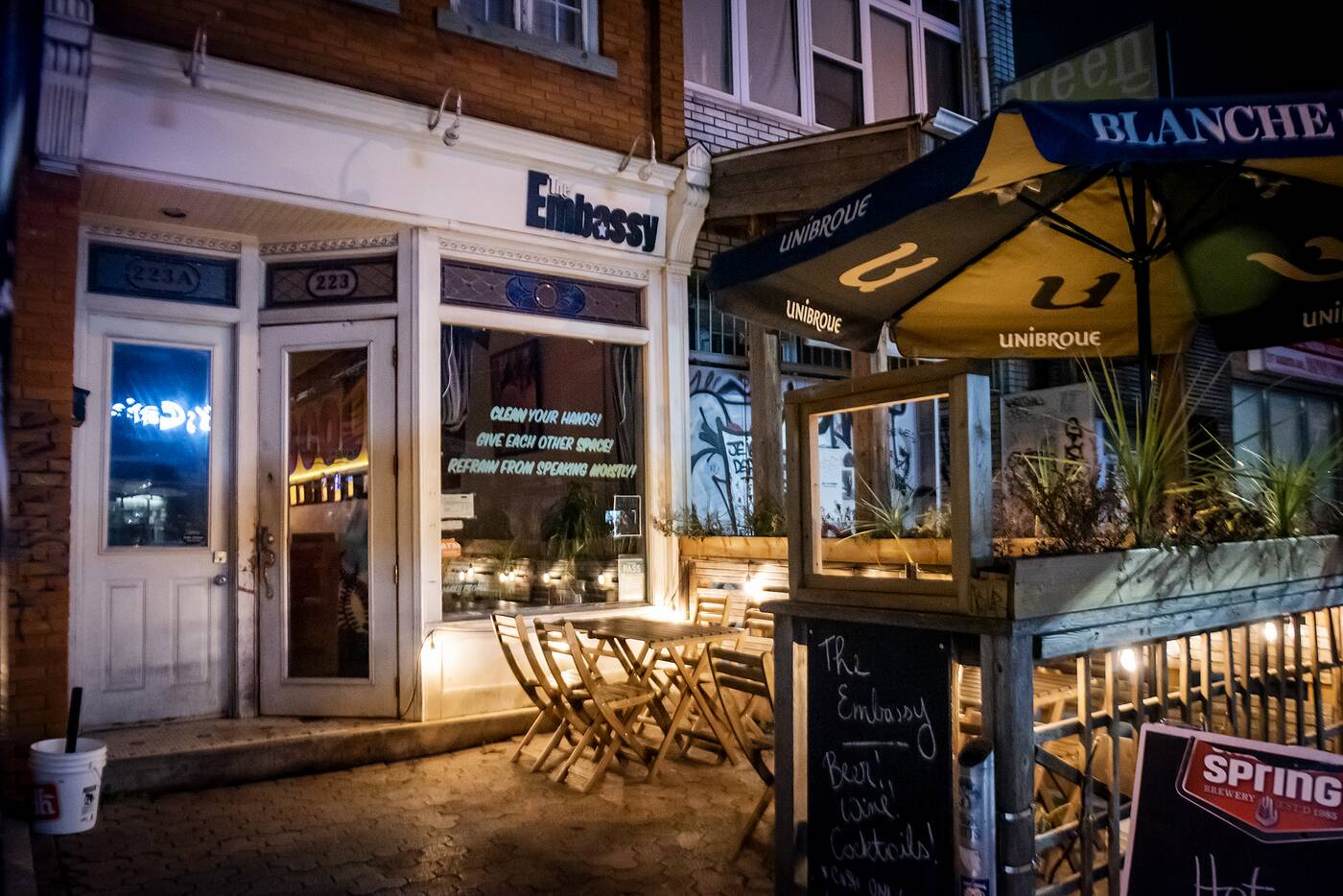