A popular neighbourhood staple on The Danforth for over 30 years is on the way out as part of a stretch of buildings that have been put up for sale.

The block just southwest of Donlands subway station is home to a group of buildings, including a trio of connected businesses at 962-974 Danforth Avenue and abutting properties to the east and west.

The group of buildings are known for their colourful exteriors and two affiliated businesses — popular bar The Only Cafe and the adjacent coffee spot The One in the Only — both celebrated by locals for their chill atmosphere.

Upstairs, The Only Backpackers Inn serves international travellers, a business model that hasn't fared well throughout the lockdowns of 2020 and 2021.

Locals may be surprised to learn that even with two of the businesses booming, the buildings were recently listed for sale for the price of $6.7 million. 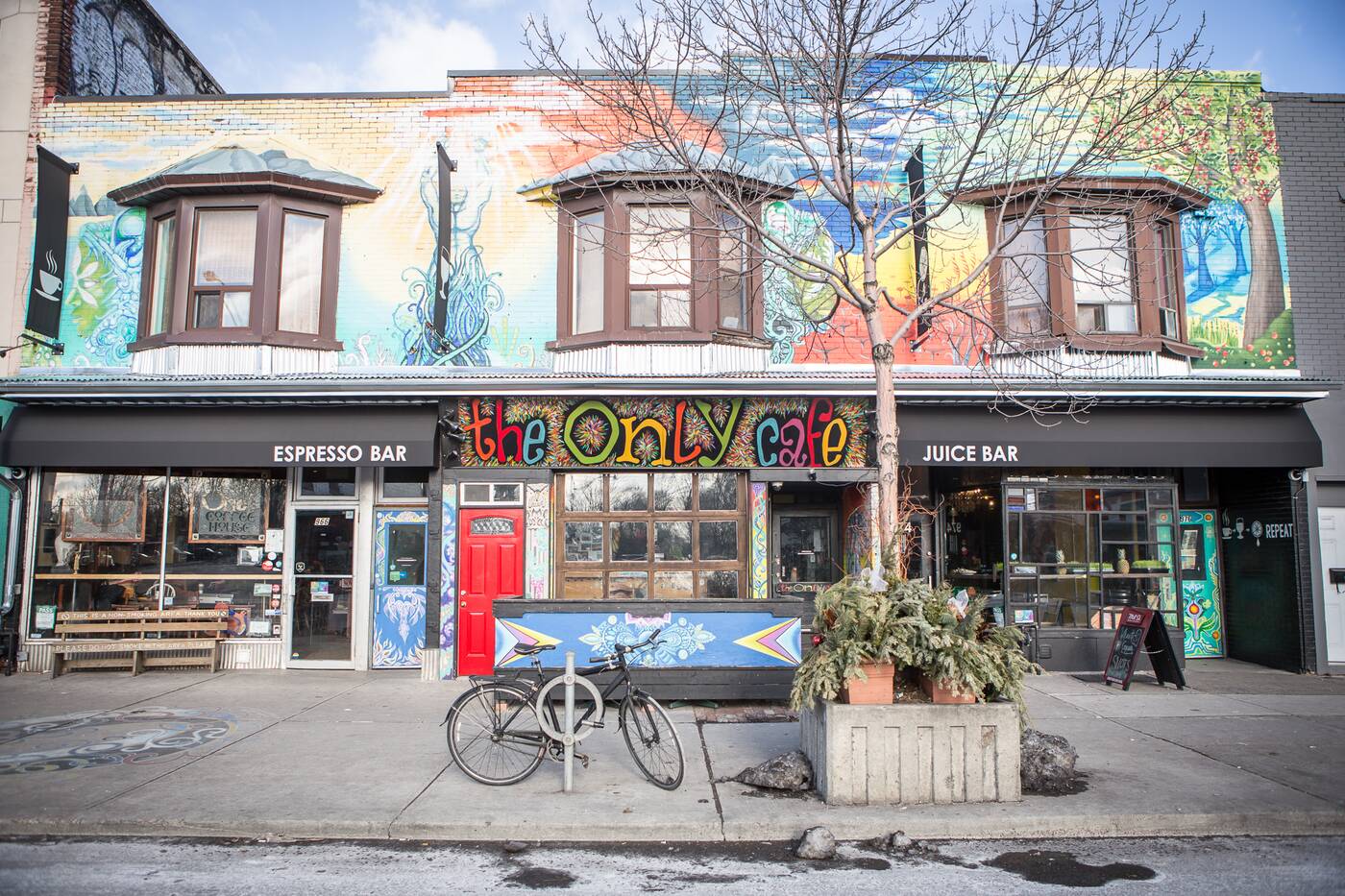 The Only Cafe is a fixture near Danforth and Donlands.

While business is back to normal at street level, the hotel above is still struggling, Turnbull saying that "obviously during C*V*D his business was impacted, because he doesn't take people in Toronto looking for short-term rentals."

Regarding the future of the businesses, Turnbull tells us that the owner is "just going to do something else with his life. He's been in this business for a long time."

blogTO reached out to the owner hoping for a more detailed explanation, as no closures have been officially announced, though we have yet to receive a response.

Mid-rise developments have been popping up in increasing numbers along the Danforth, with an eight-storey condo proposed just steps to the east of the properties for sale.

While these properties could end up in the hands of new owners looking to maintain business on the site, it's just as likely that this could be an early sign of a larger building on the horizon.

When asked about prospects for future redevelopment, Turnbull said that "it's a good possibility [that developers could assemble this and surrounding properties for development] We've had a mix of offers, including quite a few developers."

Though it would change the feel of this stretch of The Danforth, Turnbull is excited about the land's potential, saying that when combined with abutting property, developers "can get about roughly 145 feet of frontage on Danforth, backing onto Donlands subway."