Demand for housing is through the roof across Toronto, threatening the existence of low- and mid-rise buildings no longer considered dense enough to justify the high-valued real estate they occupy.

Excluding beloved heritage buildings, it seems no real estate asset is sacrosanct, not even a neighbourhood institution of almost 40 years.

The Dundas Street Grille, a popular restaurant known for its breakfast fare that has been a part of the neighbourhood around Kipling subway station since the mid-1980s, could soon be replaced with a massive rental tower.

After almost four decades of serving the community, it appears the restaurant's time might be up, a new development application landing with City planners in September that would spell the end of the restaurant at 5238 Dundas Street West. 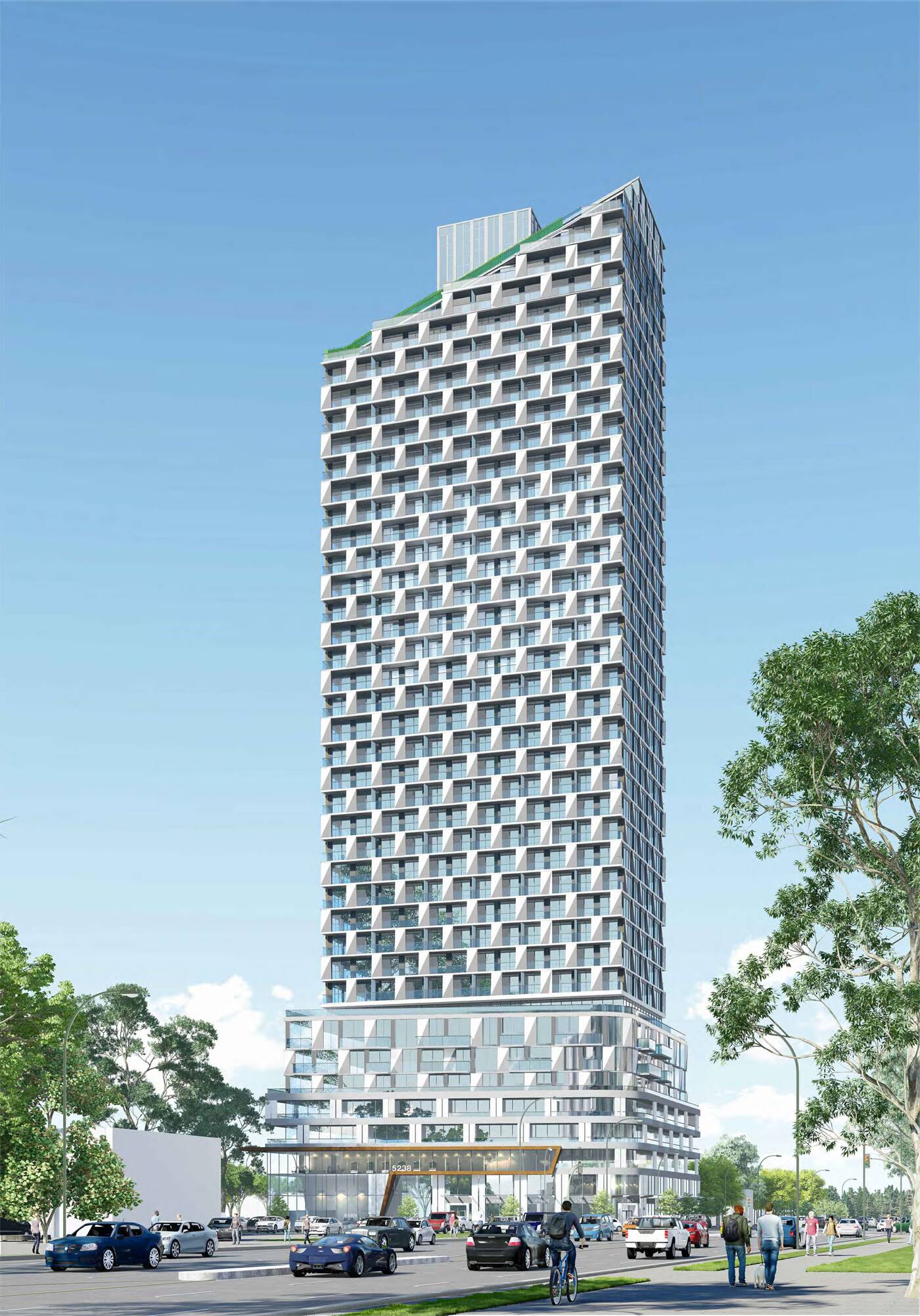 Looking northeast across Dundas West to the proposed development. Rendering by IBI Group.

A lone single-family bungalow directly to the north at 28 Jopling Street South would also be demolished to make way for the new 40-storey tower. Its footprint would be the site of a proposed 340 square-metre park, buffering (or at least making an attempt) the enormous tower from the tiny bungalows to the north.

Setting this one apart from the bevy of glass-clad rental and condo towers sprouting from the surrounding blocks, the building will feature a sloped roof terminating with a dramatic knife-edge point and a skin that includes textured white metal panels. 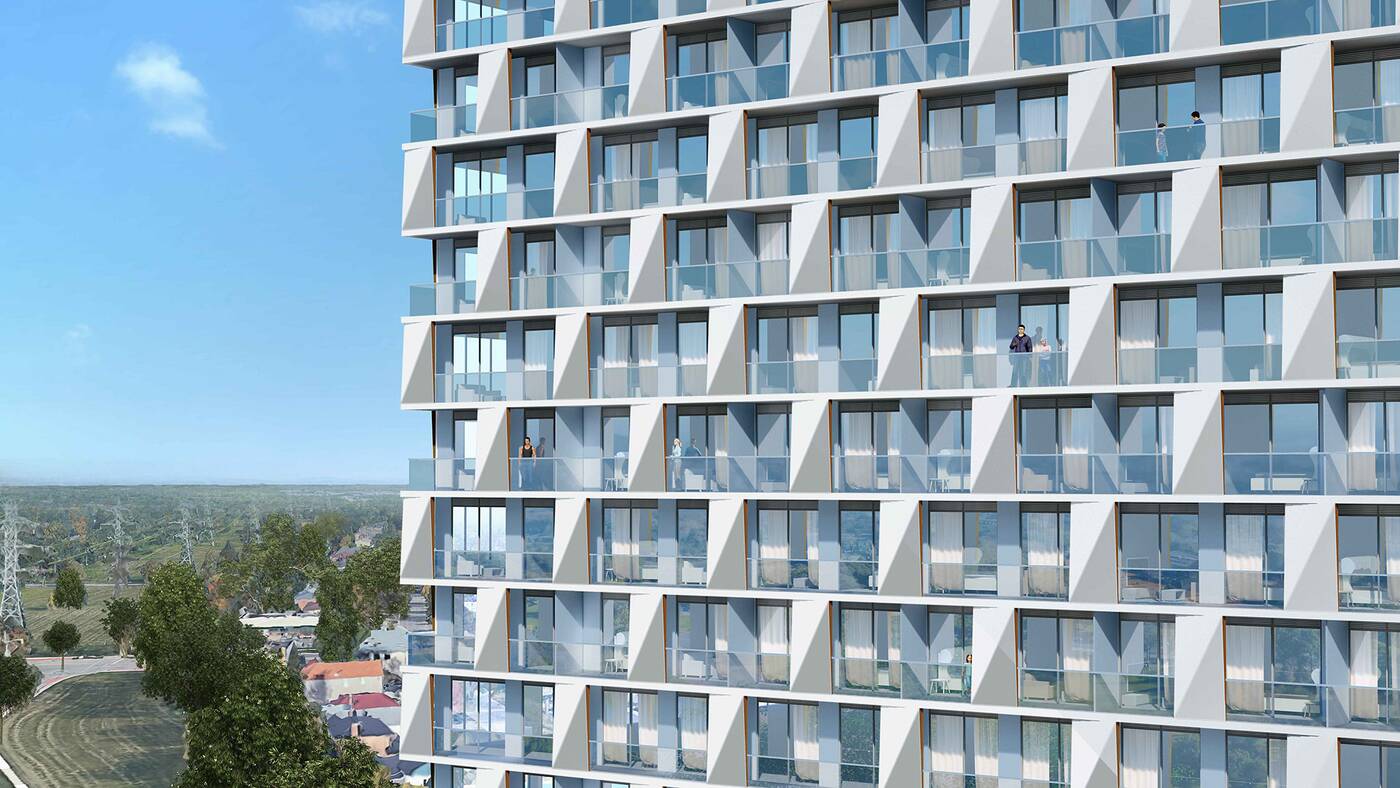 If approved, the tower would inject a huge population boost for the area, with 475 new rental apartments. Of course, locals would have one less breakfast spot in exchange for this added housing.

Though 380 square metres of retail space would front Dundas at the base of the development, the loss of a local staple and the addition of another noisy construction site might become stumbling blocks in the developer's aim of winning over the surrounding community. 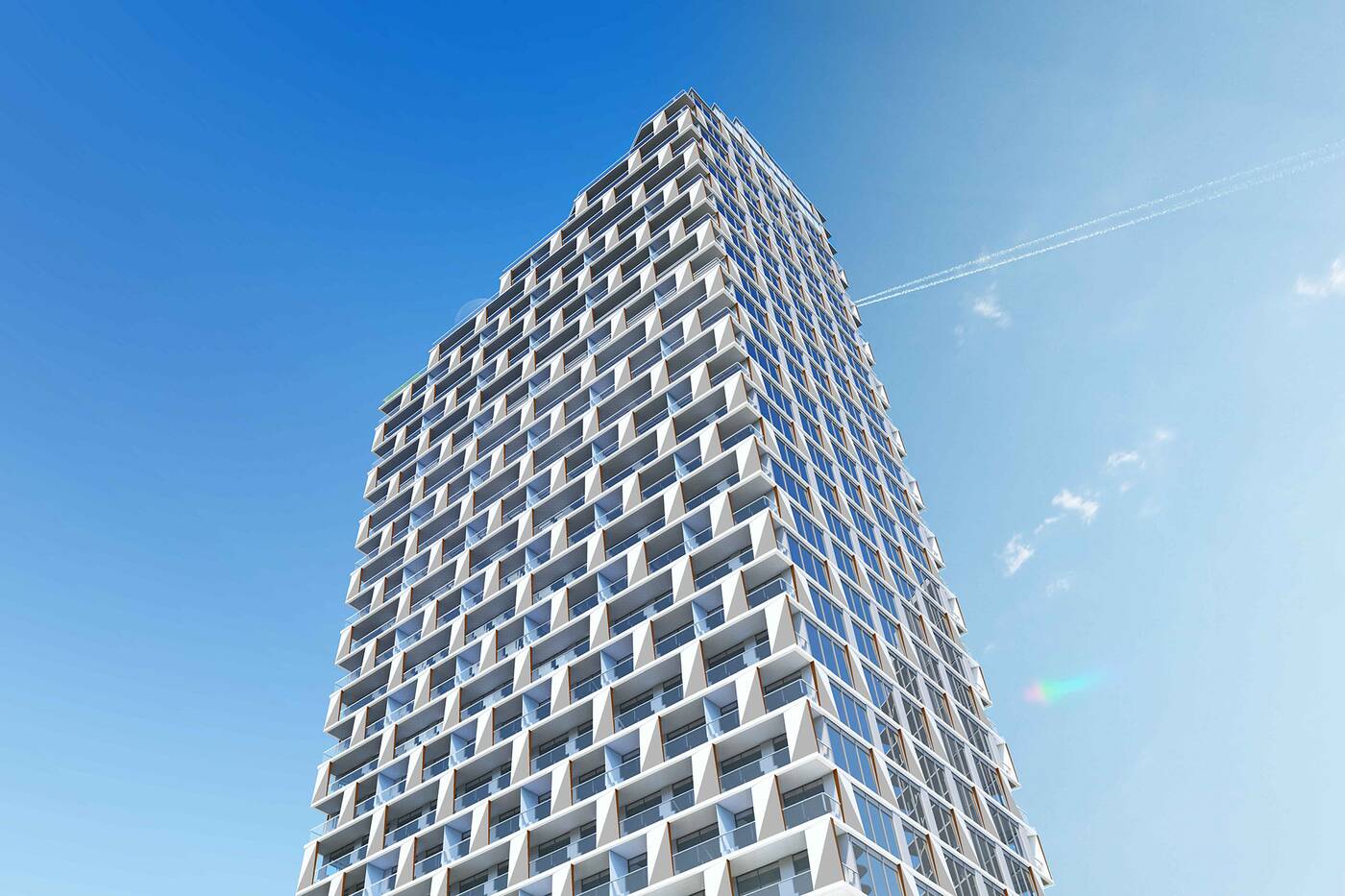 Looking up at the proposed development. Rendering by IBI Group.

There could be other concerns in this car-centric neighbourhood, including added traffic from the addition of 177 parking spaces proposed below ground.

blogTO reached out to Dundas Street Grille for their take on the redevelopment and any future plans to relocate their business, though the restaurant has declined to comment on the proposal for now.