P.J. O'Brien is noticeable for the bright yellow and blue colour scheme on its exterior, but as the Financial District slept during long months of restrictions, so did the bar.

Now, Toronto's iconic yellow Irish pub has finally reopened after being closed for all lockdowns, and it's got a fresh sunny coat of paint. 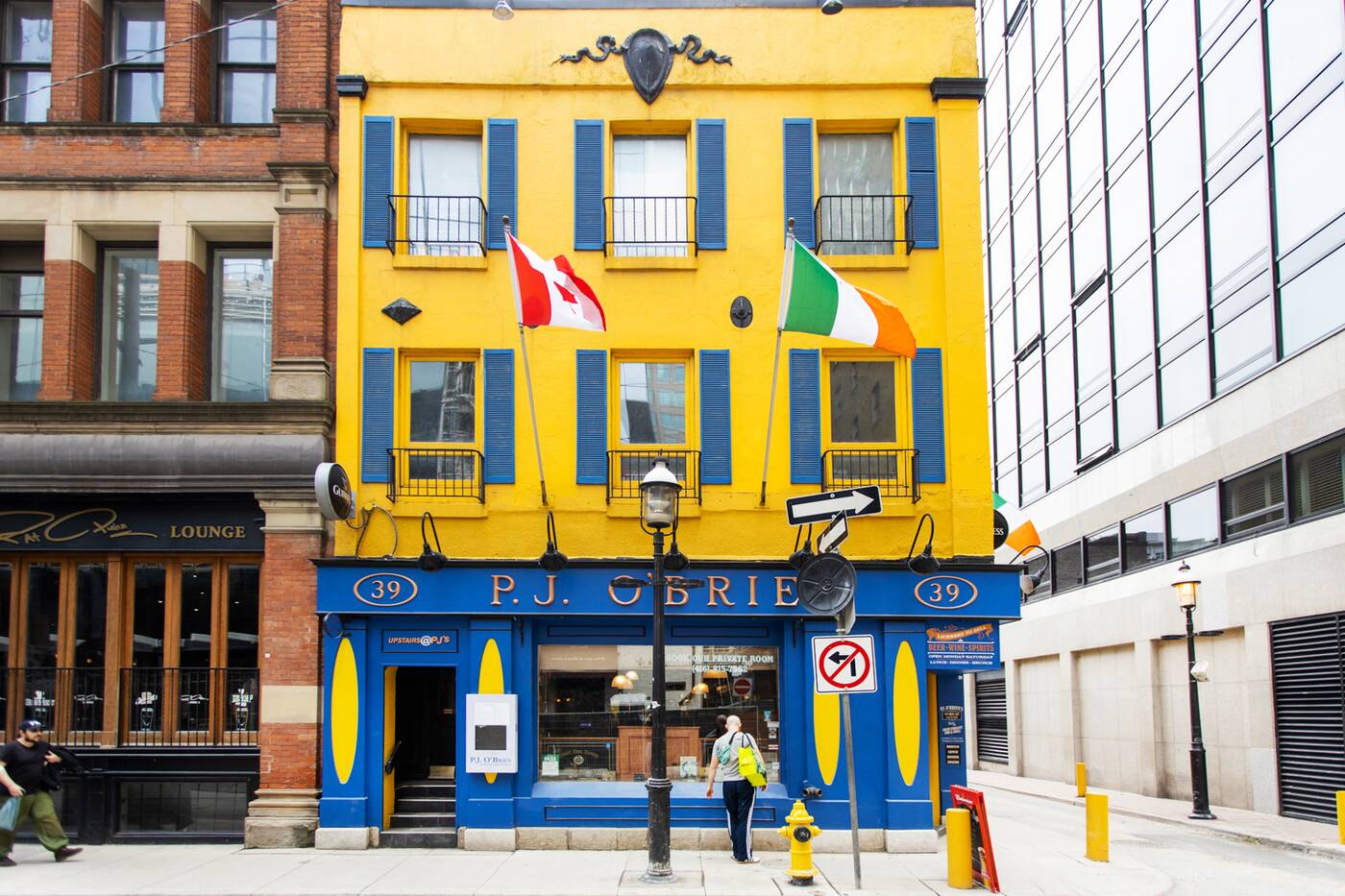 Though the name of the place is P.J. O'Brien, it's owned by the Quinn family, including Pat, Anne and Ben, who took over the location in 2000 and decided to keep the name.

It was originally opened in 1966 by friend of the family John Maxwell who also opened Allen's on the Danforth. 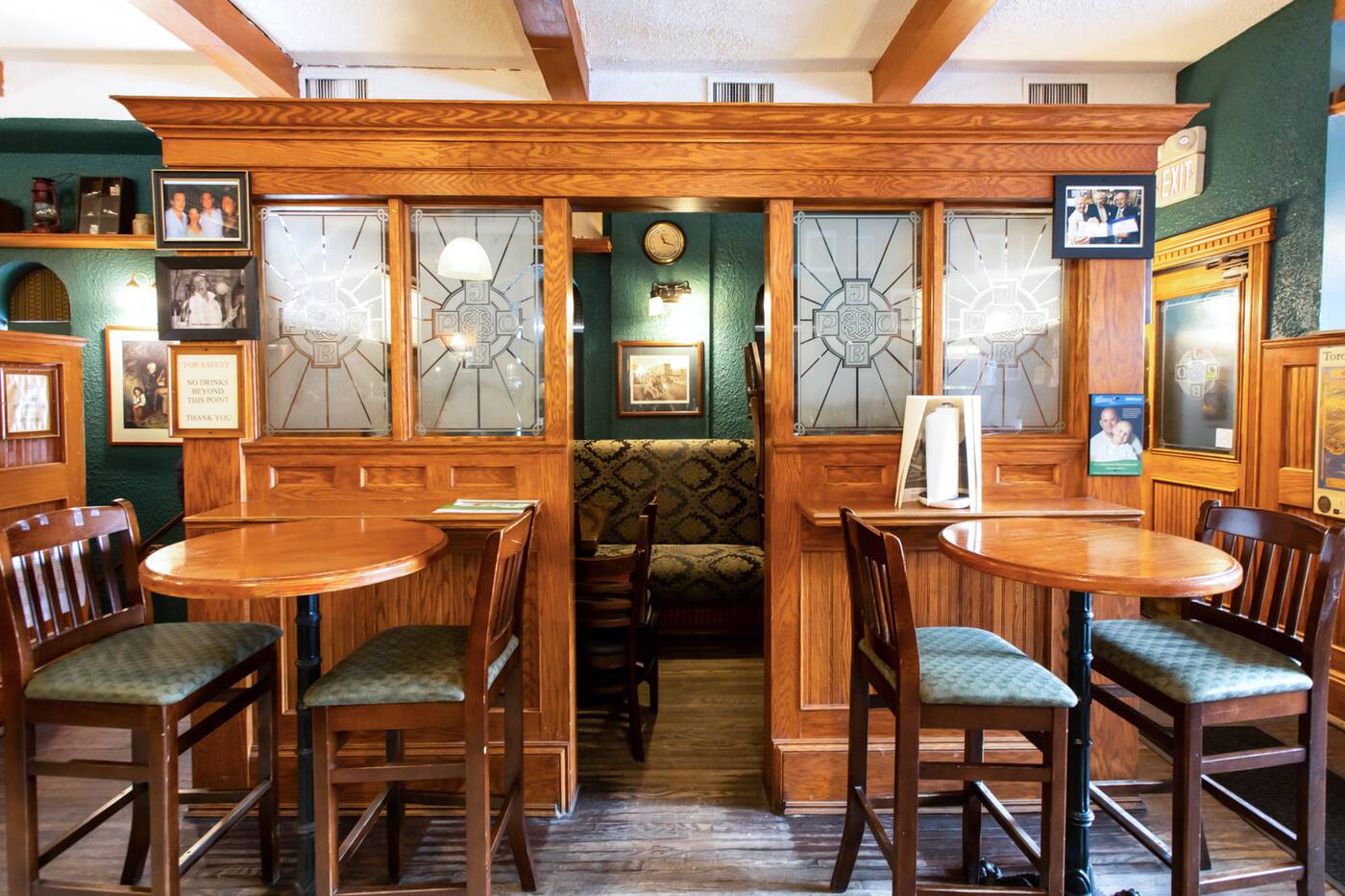 "They had no TVs and there were no caps allowed to be worn on the premise, two things I loved about the pub, but due to customer demand when we took it over, we installed TVs and caps were allowed," Pat Quinn (Jr.) tells blogTO.

"We did however name the extension next door in 2007 after my late and great father, The Pat Quinn lounge." 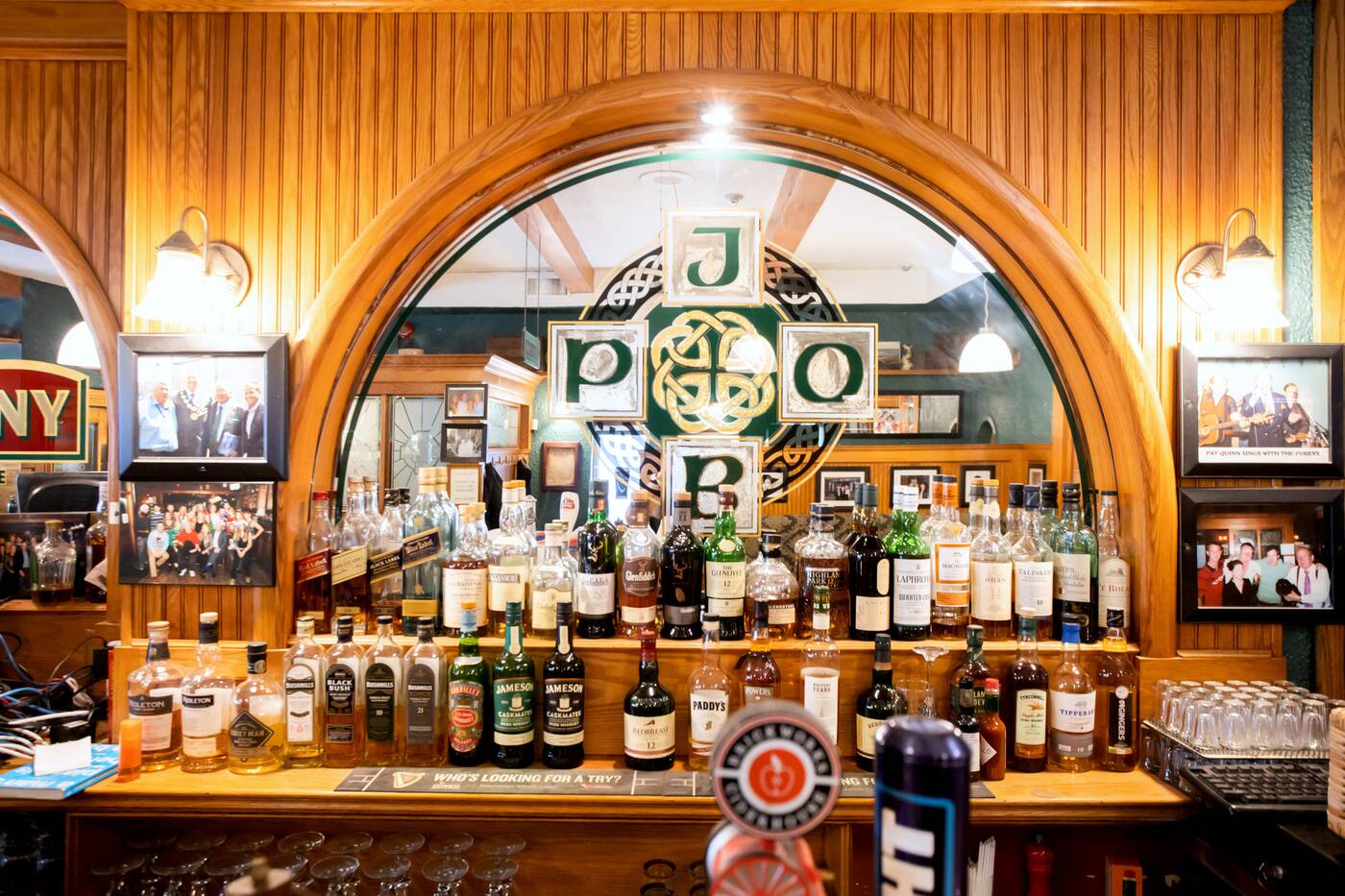 The family also operates another one of Toronto's most well known Irish pubs, Irish Embassy, which usually draws lineups to get in on St. Patrick's Day.

During lockdowns, P.J. O'Brien had no way to operate outdoors as the restaurant had no patio before and their application to put one in neighbouring Leader Lane was turned down. 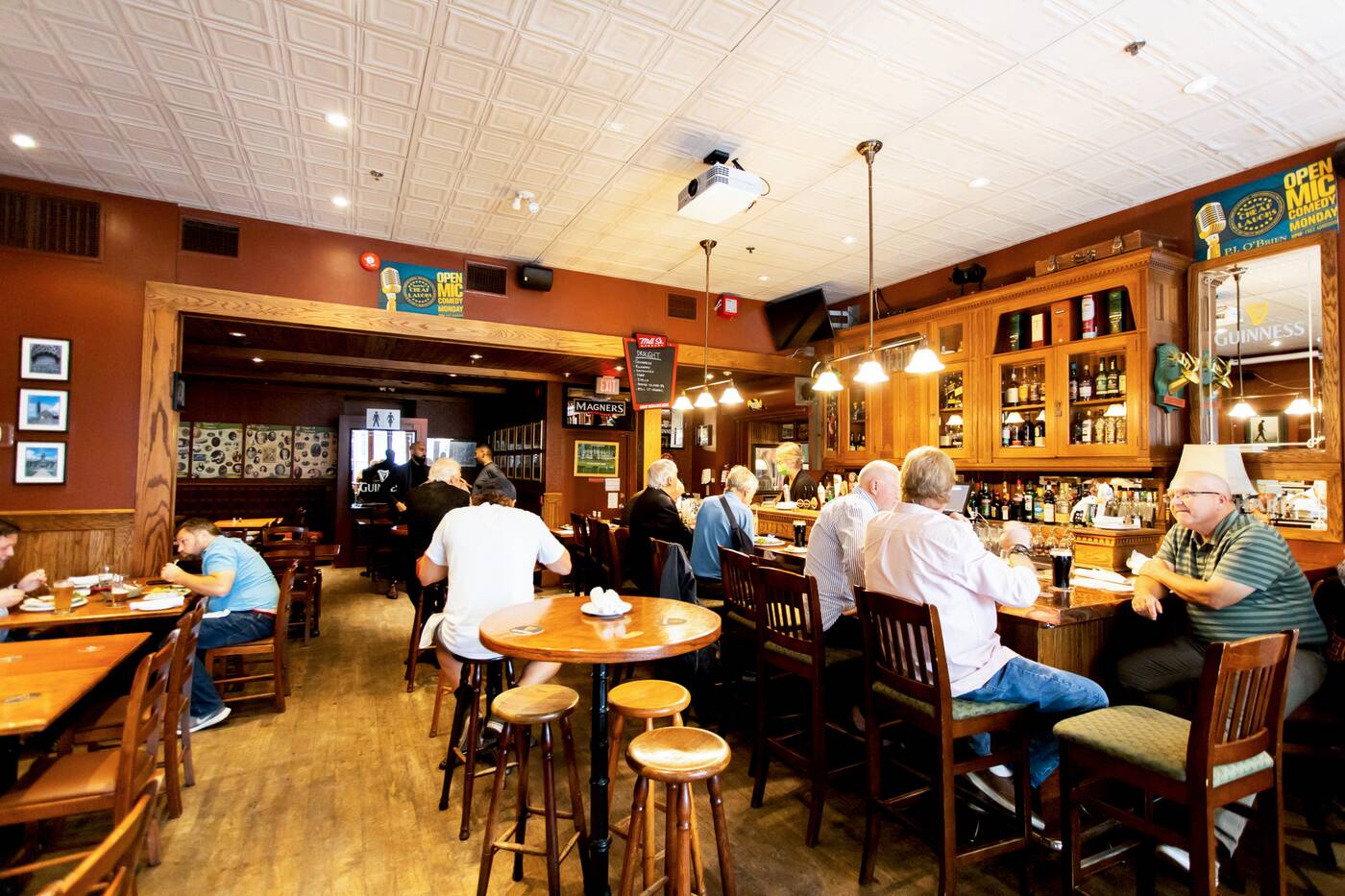 With the time they had on their hands, the Quinns decided to give the bar a full cosmetic makeover with the help of carpenter Barry Murphy.

They gave the bar new washrooms, banquettes and kitchen equipment, though the outside cosmetic refreshment of their famous blue and yellow has been the most noticeable.

"We get at least 100 people a week coming to have their photos taken beside the Guinness clock at the side," says Quinn. 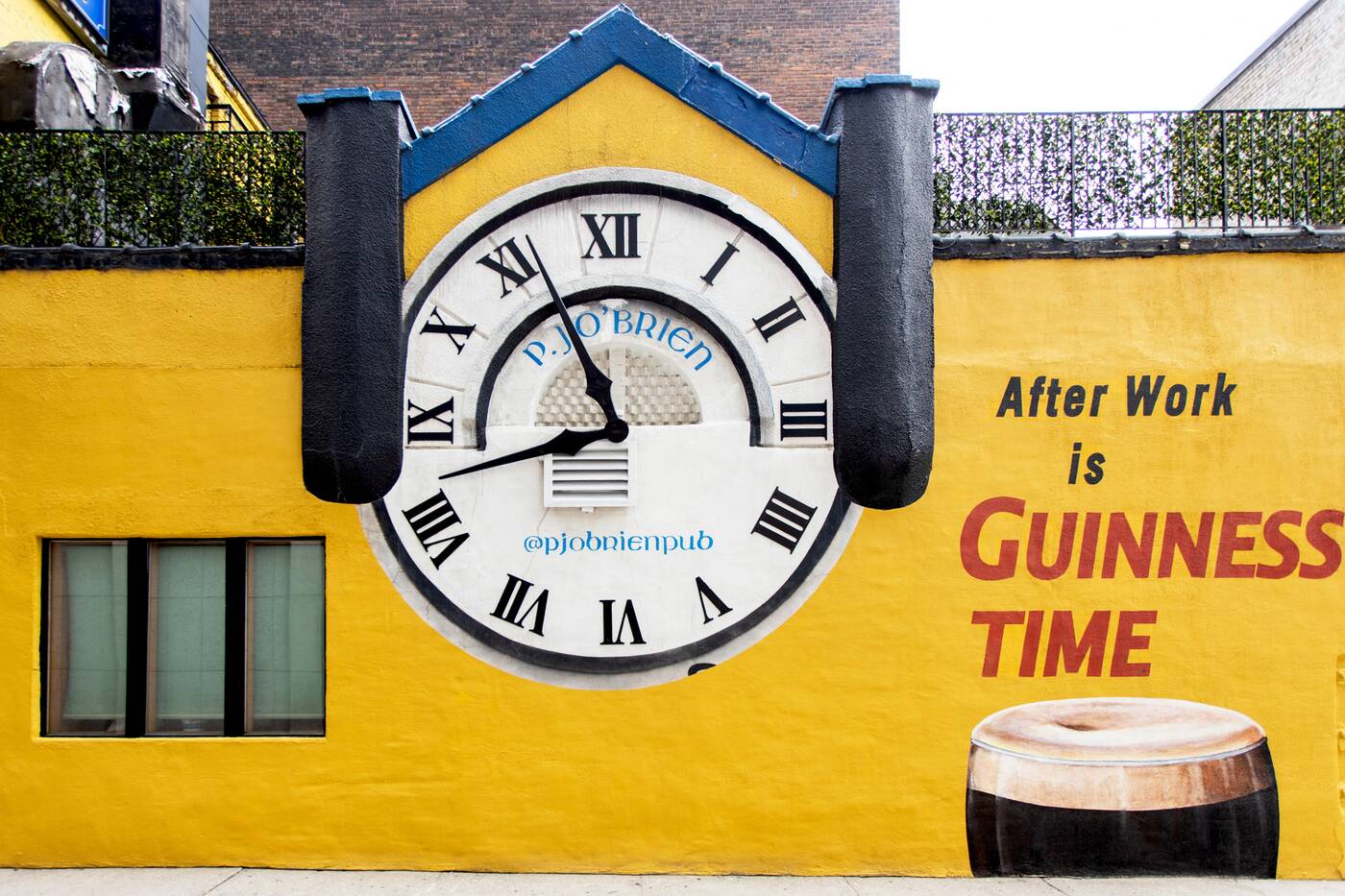 After 18 months of being temporarily closed, the bar reopened on Oct. 2 for a wake and celebration of life for someone who had passed away during lockdowns, which had to be continually postponed due to government restrictions.

"Our famous Irish stew, fish and chips, chicken curry, steak sandwich and soups are as great as ever," says Quinn. 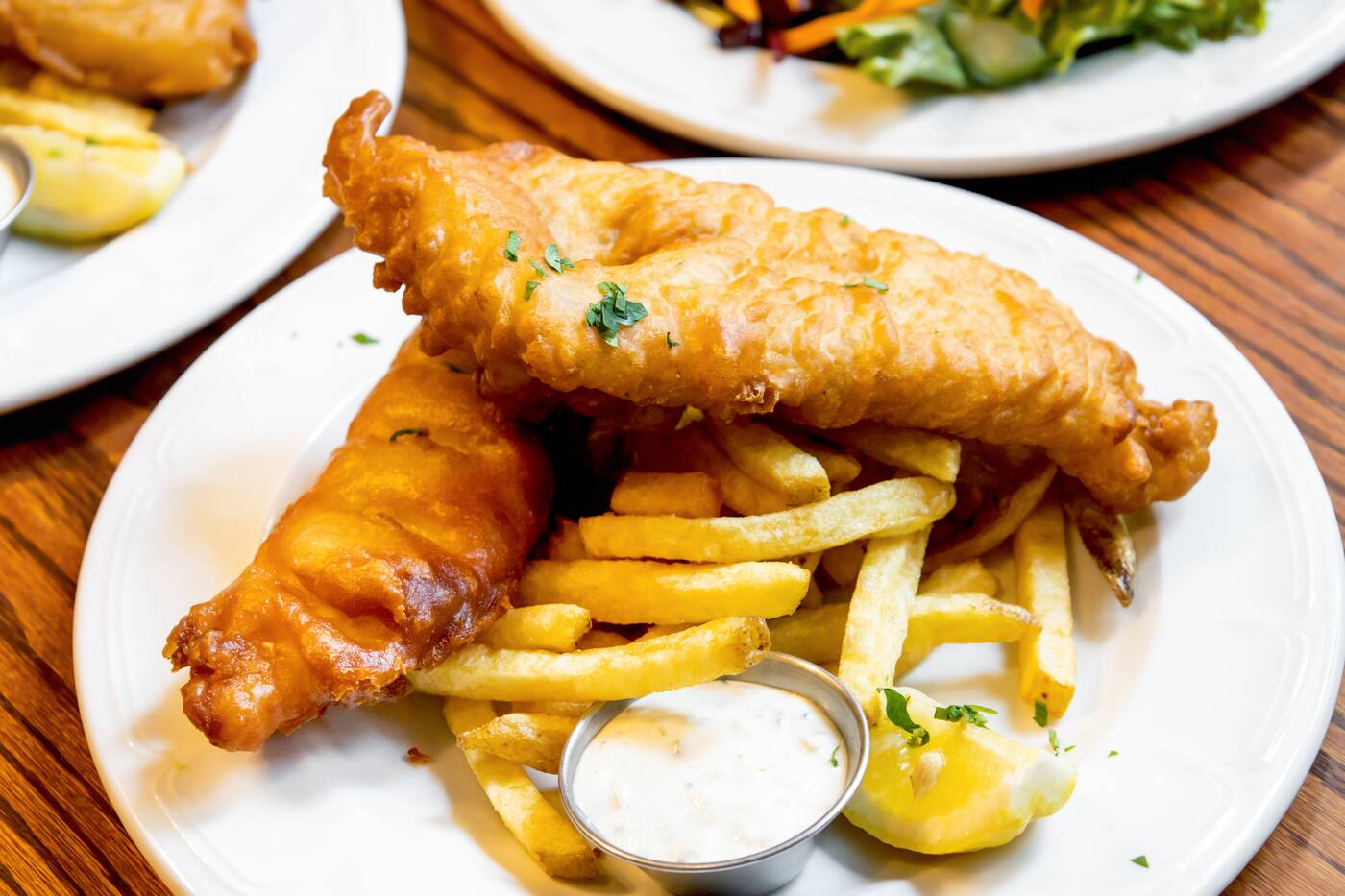 "We will soon have our full homemade menu up and running with more great fish of the day options, and many more specials every day, like our corned beef and cabbage, liver and onions, osso bucco, lamb shank." 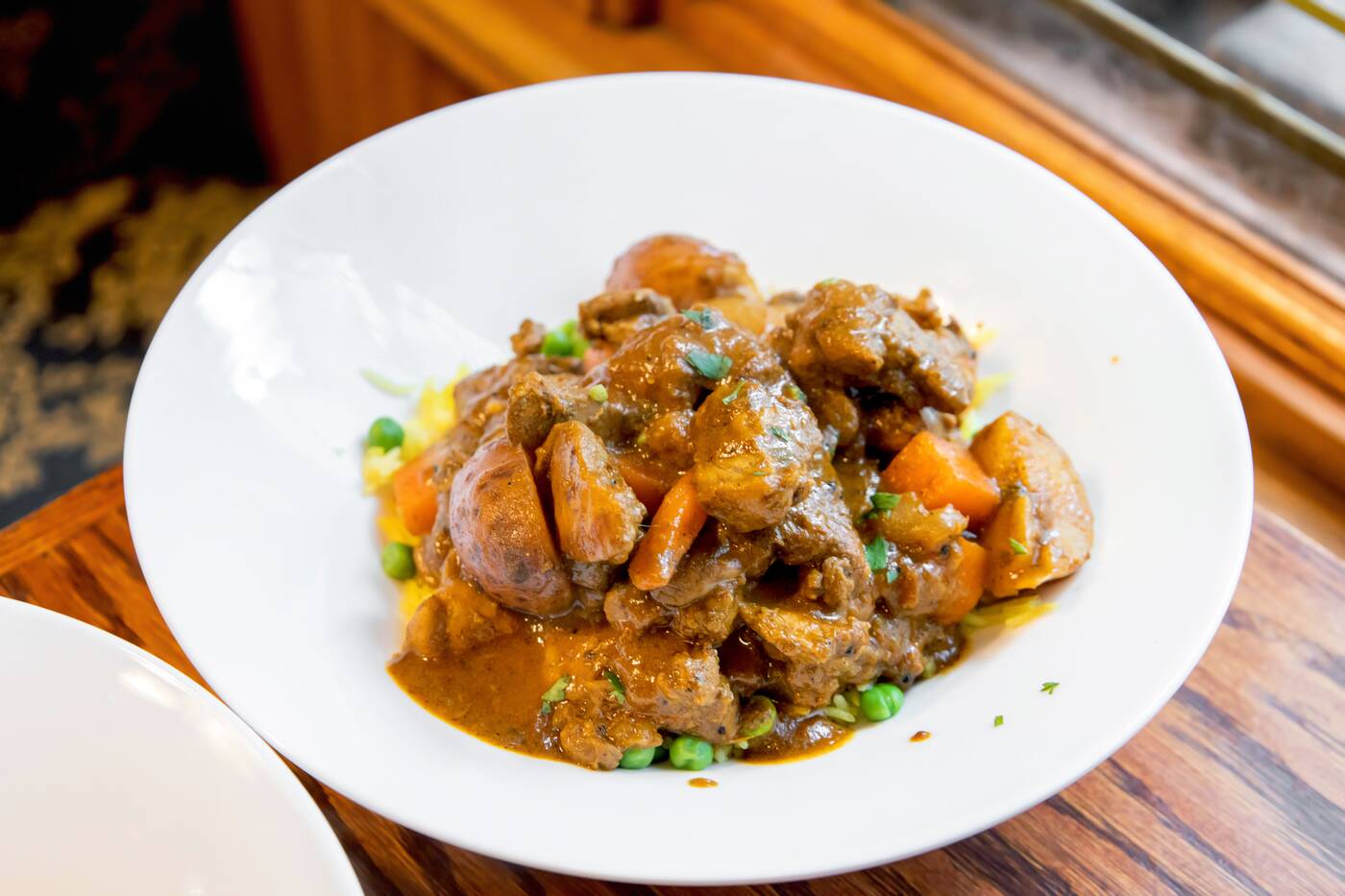 Of course, they'll still be serving proper pints of Guinness to go along with all that.

"We look forward to seeing all our great regulars back," says Quinn. 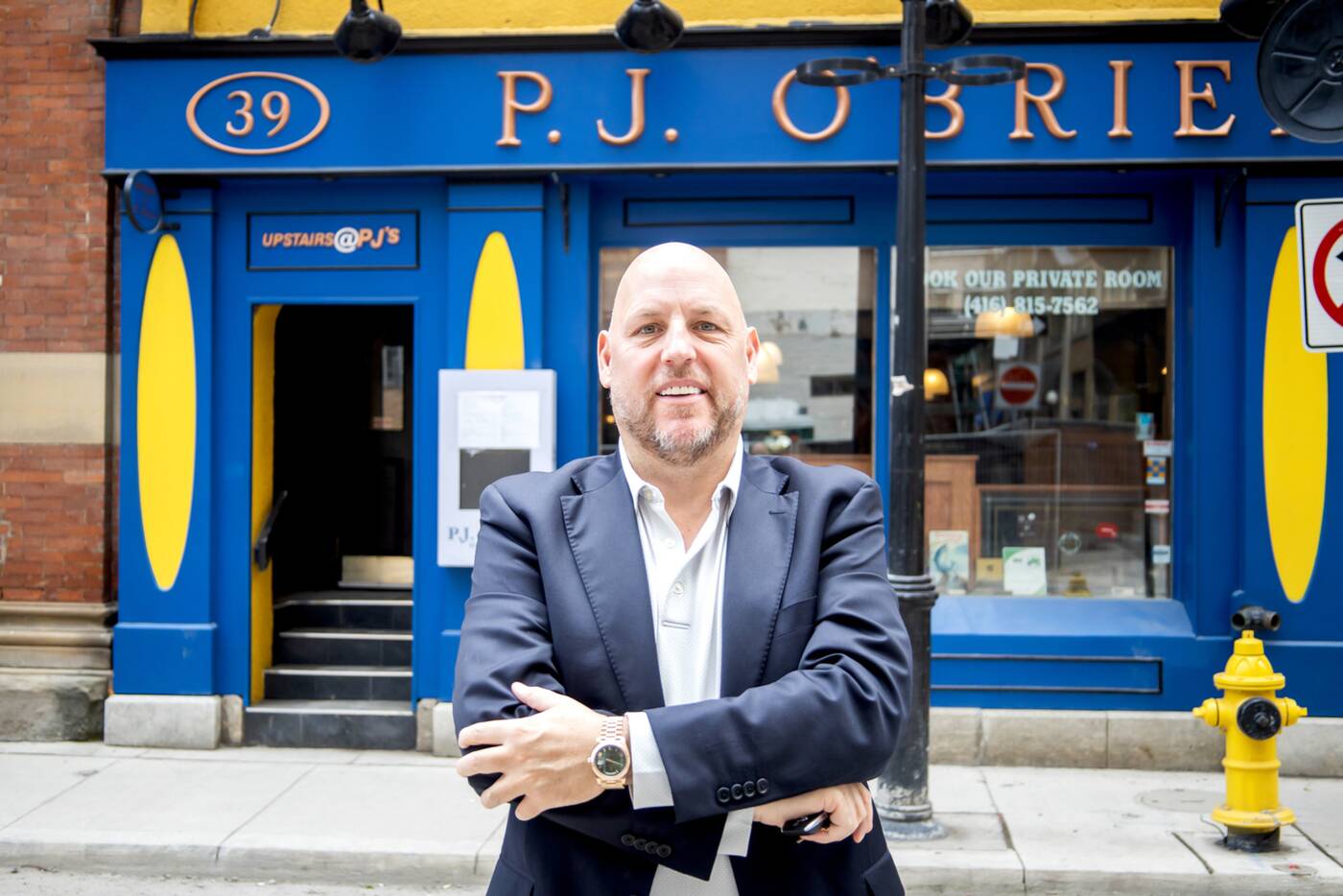 After such a long road, Quinn is just grateful P.J. O'Brien is still around.

"We are very hopeful to getting back to normal by mid-2022, but for now, breaking even is a big win," says Quinn. "The name of the game is just staying in it right now." 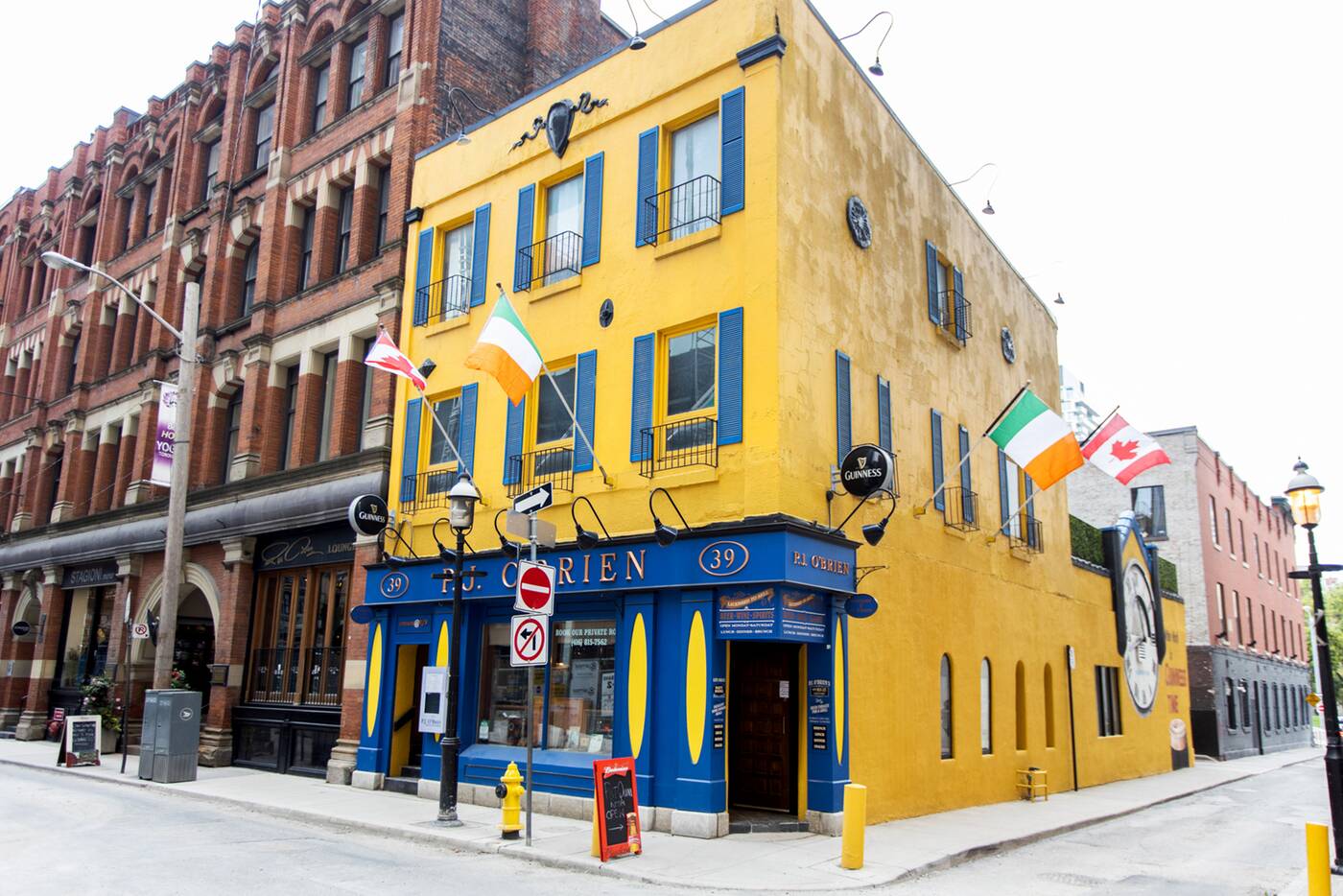