A Toronto restaurant popular for its pizza and panini announced last week that it has closed its doors for good.

Dante's Inferno Paninoteca had been a neighbourhood go-to for the last six years but struggled to make a go of it during the ongoing lockdowns.

In a notice posted to their front window, co-owners Maria and Sergio thanked customers for their patronage. 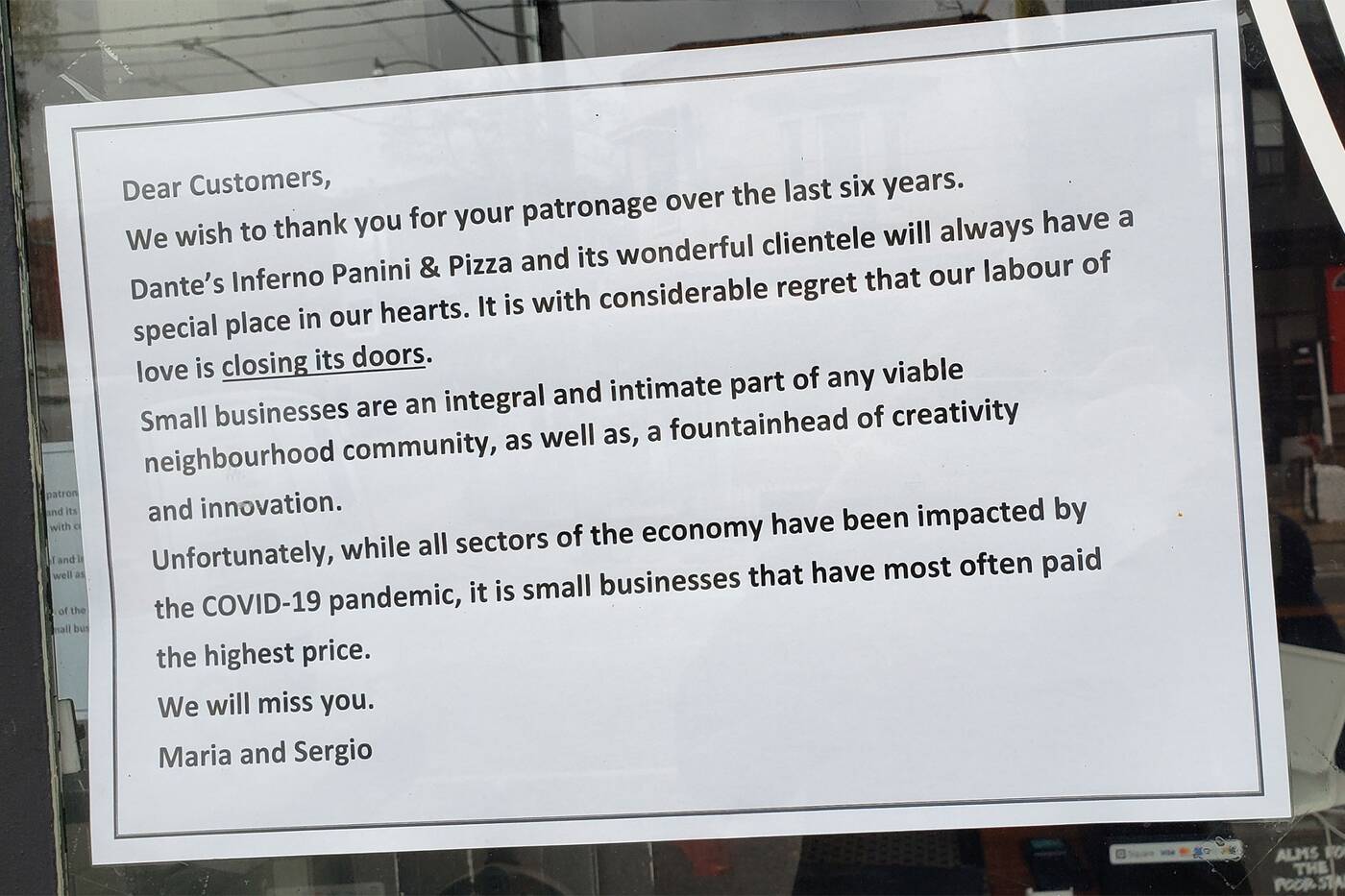 A note posted to the front window at Dante's Inferno Paninoteca.

"We gave it our best shot," Maria told blogTO.

The business really struggled with staffing issues during the ongoing lockdowns. They eschewed delivery apps for their pizza for quality control issues and tried to do it themselves but "staffing was really hard" and "it was hard to get and keep" delivery drivers, according to Maria.

Maria told blogTO that with CERB "people didn't want to work" and they had to compete with Uber Eats, DoorDash and the other apps for the delivery drivers who were available.

"We held in there as long as we could," said Maria.

The restaurant's last day was Oct. 16.