A Subway restaurant located in Toronto's east end has been shuttered by health inspectors for a number of infractions, including one that involves rodents.

DineSafe investigators inspected the restaurant at 968 Kingston Rd. on Sept. 9 and discovered six infractions, including one that was considered "crucial," three that were "significant," one that was "minor" and one more labelled as "other."

The most serious of the infractions was the discovery of rodents in the restaurant, which was labelled as "crucial" and resulted in a Summons and Health Hazard Order.

The location also failed to keep liquid soap and paper towel at hand-washing stations, failed to maintain records of pest control measures taken and failed to protect against the harbouring of pests — all of which are considered signigicant infractions.

It was also found that the restaurant's food handling room was not kept in sanitary condition, which is a minor infraction, and the location also failed to ensure the presence of a food handler or supervisor during all hours of operation. 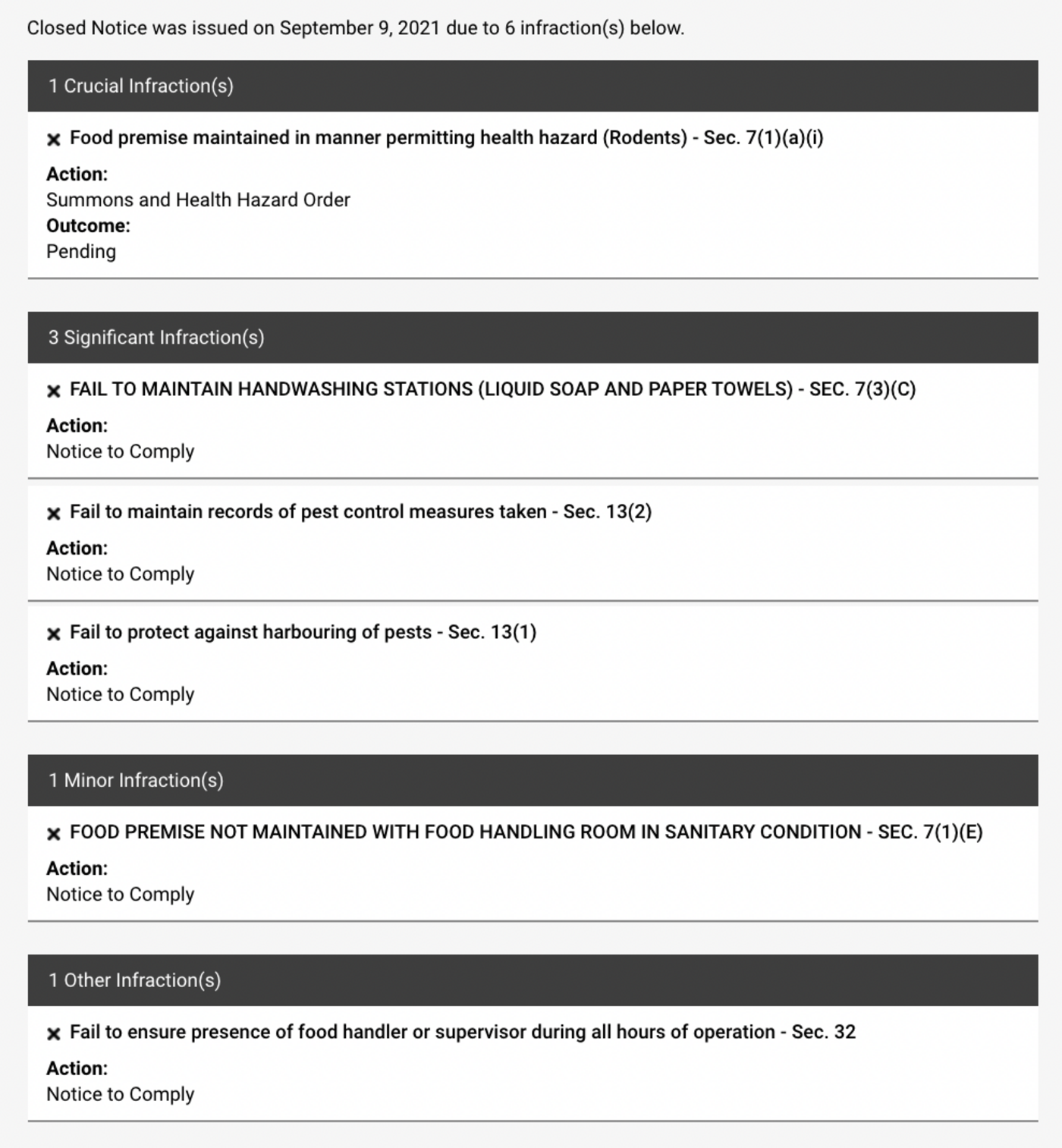 The inspection report from DineSafe.

The Subway location received a Closed Notice on Sept. 9 due to the six infractions and has not yet been permitted to reopen.

Prior to the discovery of the infractions this week, the location was inspected on Feb. 10 of 2020, and no infractions were observed under the Food Premises Regulation at that time.