There's one fine dining restaurant in Toronto that's had to adapt to takeout and patio service after over 40 years of hushed, semi-hidden service to movie stars, politicians, business tycoons and other famous clientele.

Scaramouche was founded in 1980 by Morden Yolles, whose family owned the building where it's now located in a residential area near Avenue Road and St. Clair. 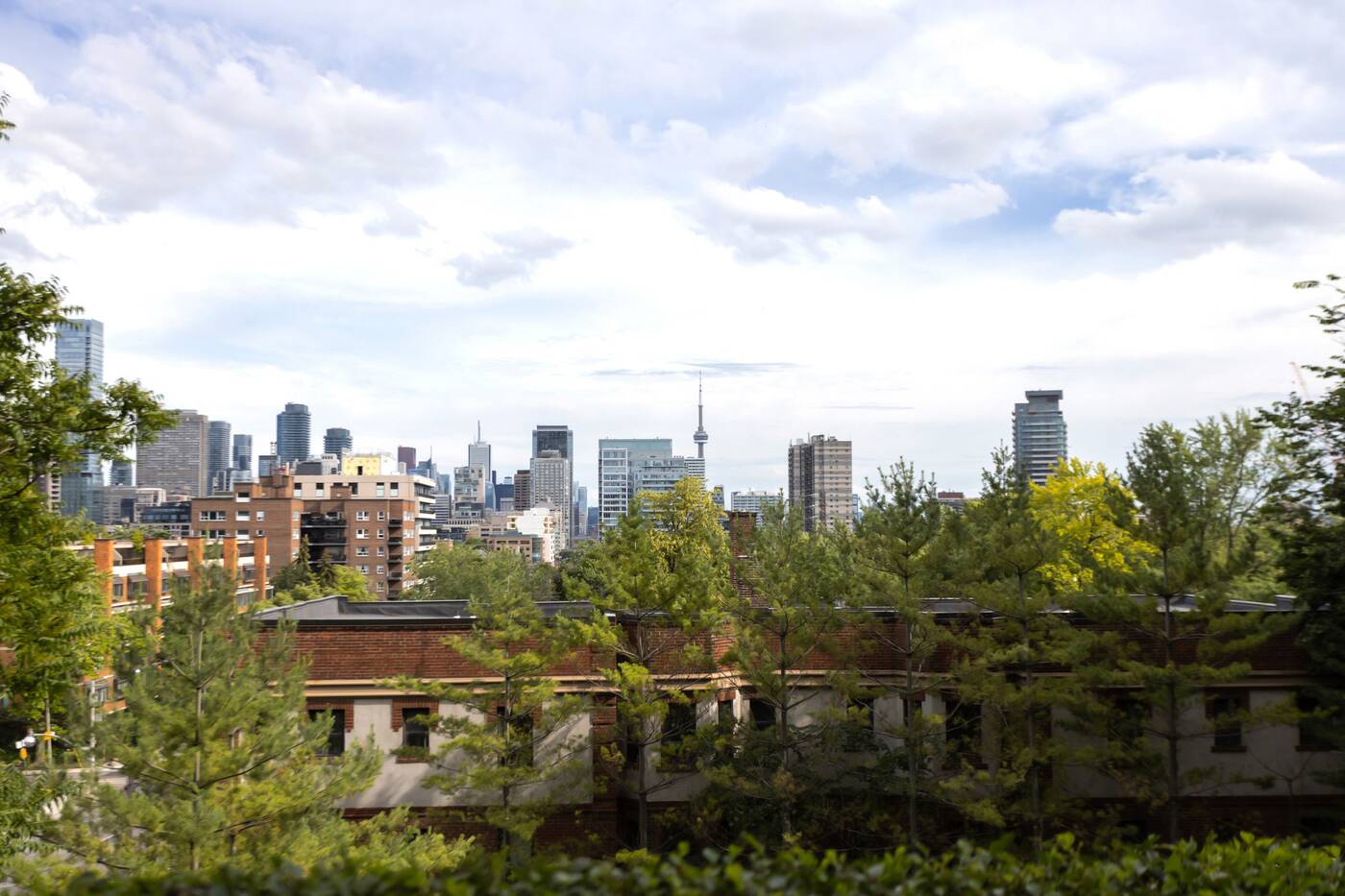 It's not the first restaurant in the space, however: there's been a restaurant in the Scaramouche space since the 1950s, serving the guests that stayed at the building during its life as an apartment hotel from around the 1950s to the 1970s. 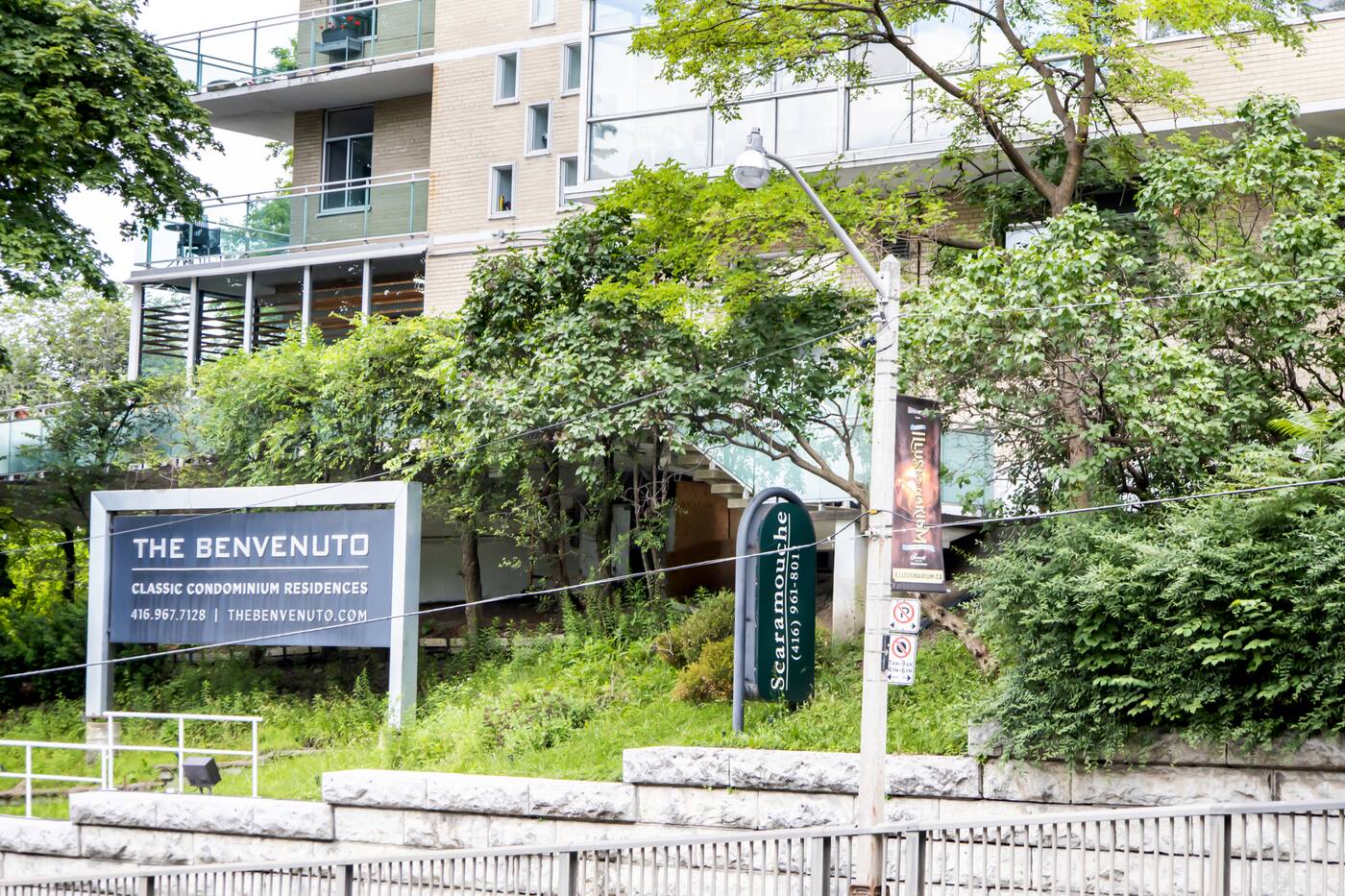 The building has official historical designation, and the original mansion where it's located was completed in 1891. 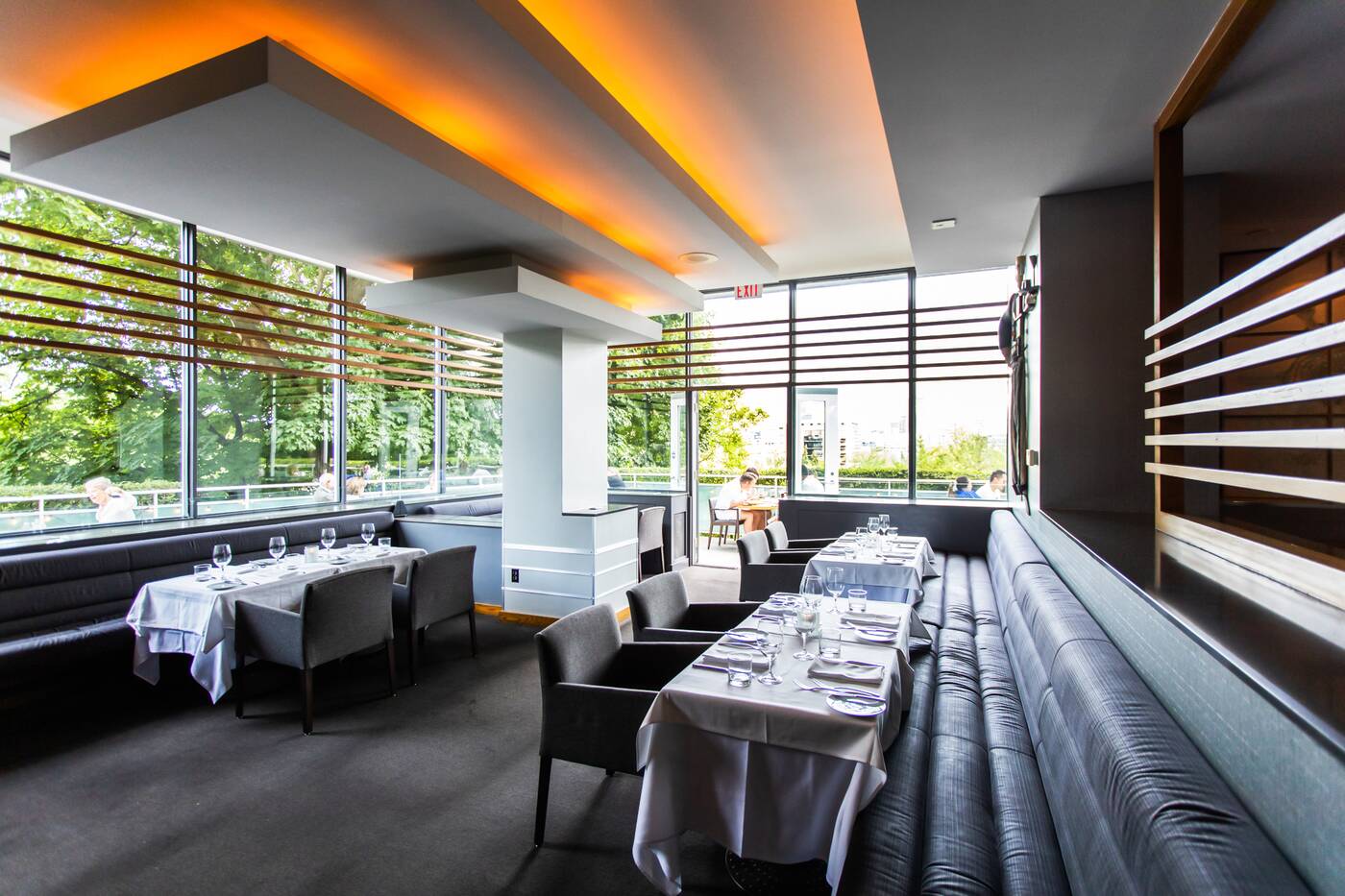 The original owner sold it in 1897, it fell into disuse in the 1920s, and the mansion was knocked down in the 1930s though some elements like a retaining wall survived. 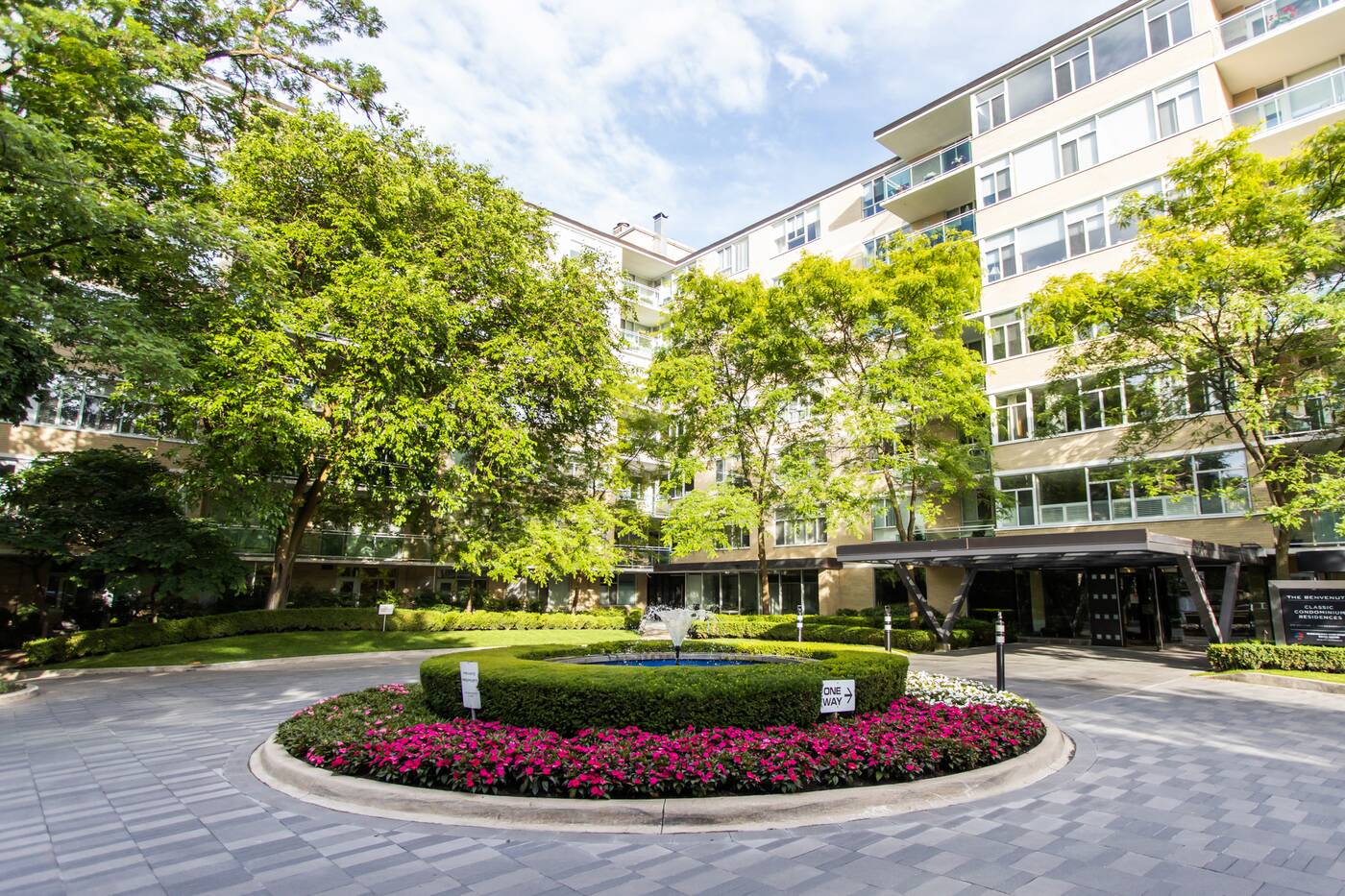 This brings us to the period in the 1950s when one of Toronto's first modernist buildings was constructed on the property, becoming an apartment hotel said to have been visited by people like Richard Burton and Elizabeth Taylor. 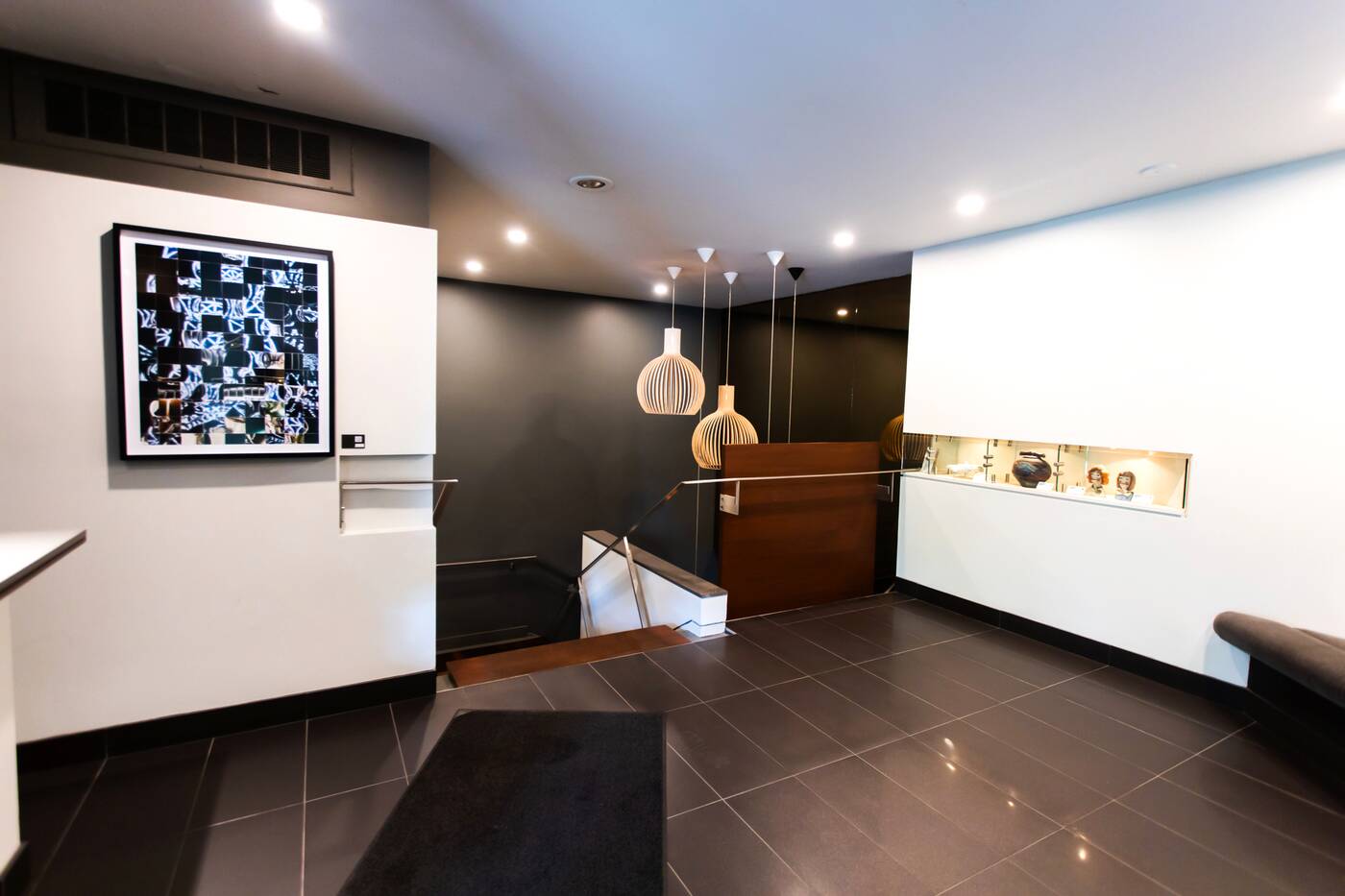 Since the 1970s, the building has been home to high-end rental apartments. 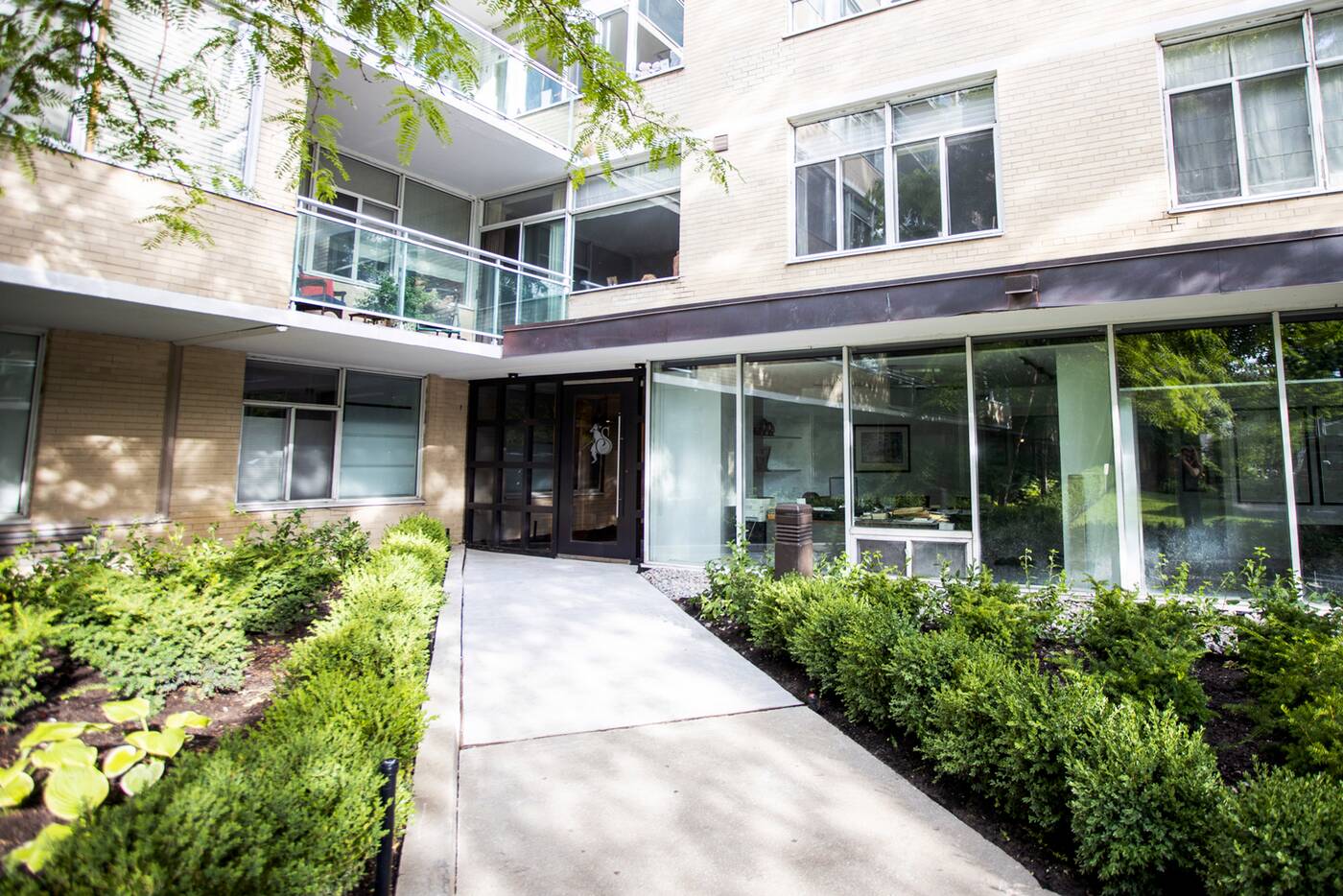 After the opening of Scaramouche, chefs like Jamie Kennedy and Michael Stadtlander ran the kitchen until it came under the control of partner Keith Froggett around 1985, who's still there. Other partner Carl Korte joined the team in 1990, and is also still there to this day. 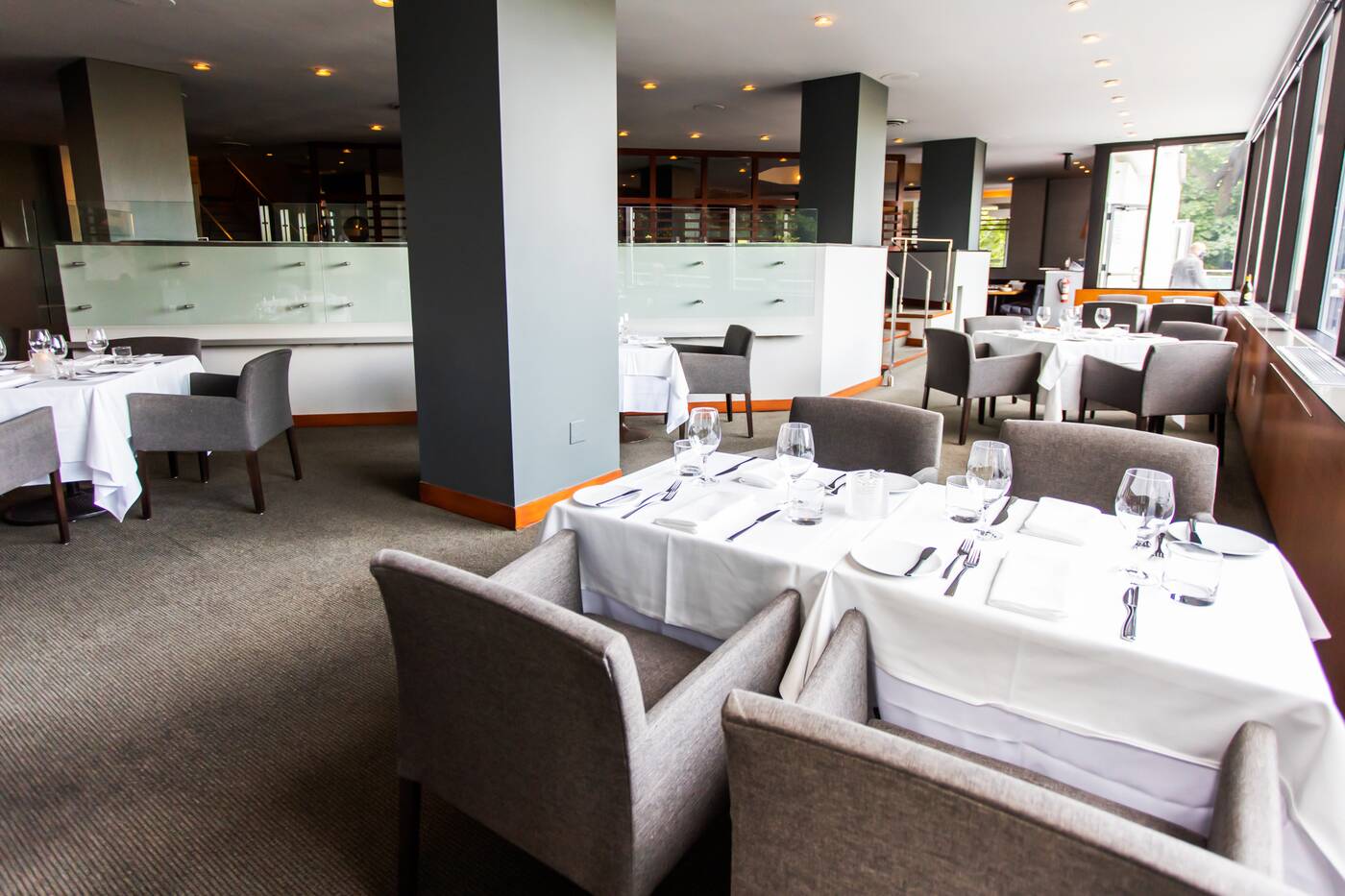 In the late 80s, Scaramouche opened its own sibling concept in part of its space, a pasta bar and grill. It was one of the first adaptations the restaurant would make to survive over its long history. 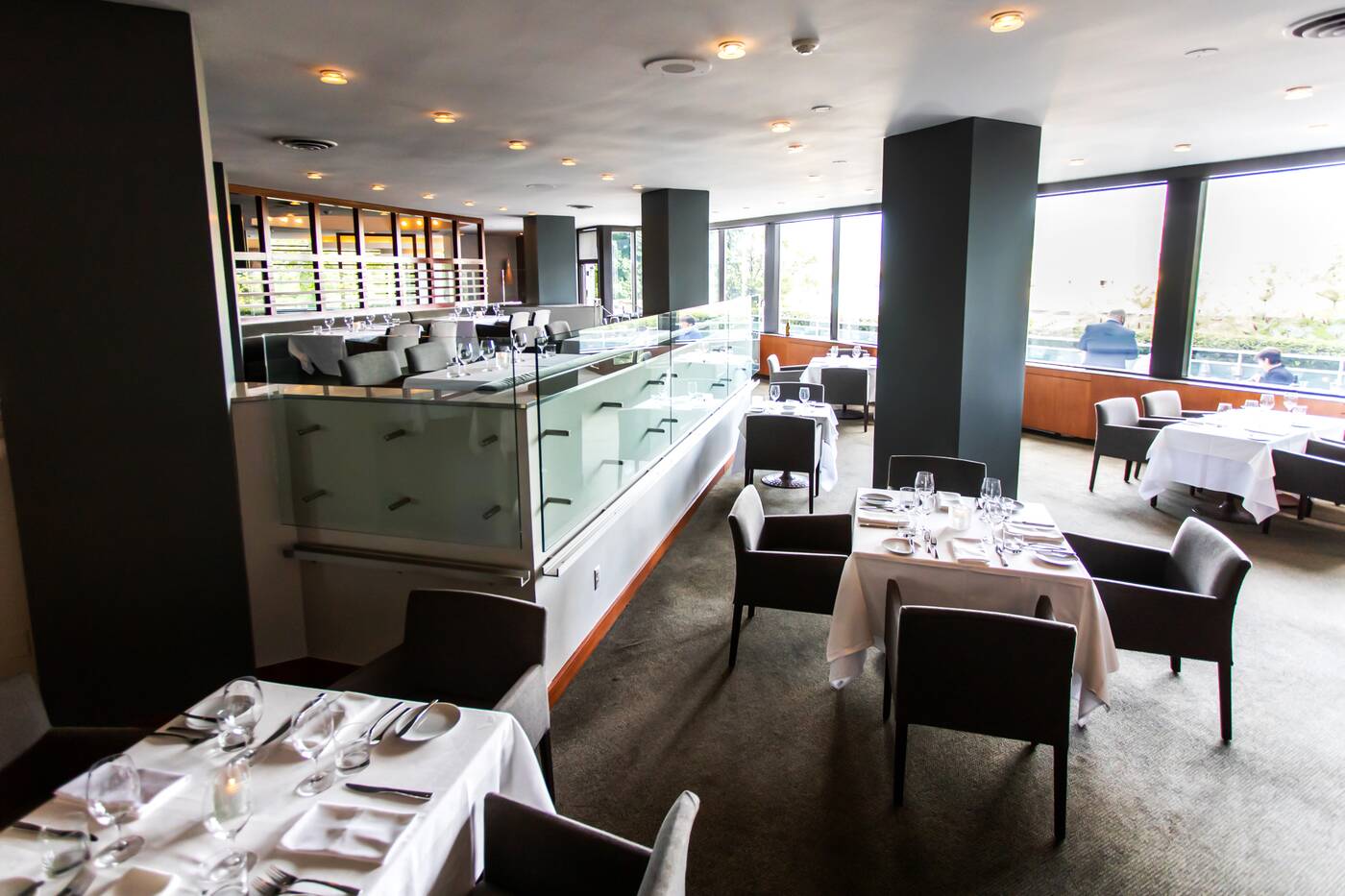 The main dining space at Scaramouche served more French-derived classic cuisine, and Korte tells blogTO the pasta bar was created to "respond to demand" for something "more marketable, more casual." 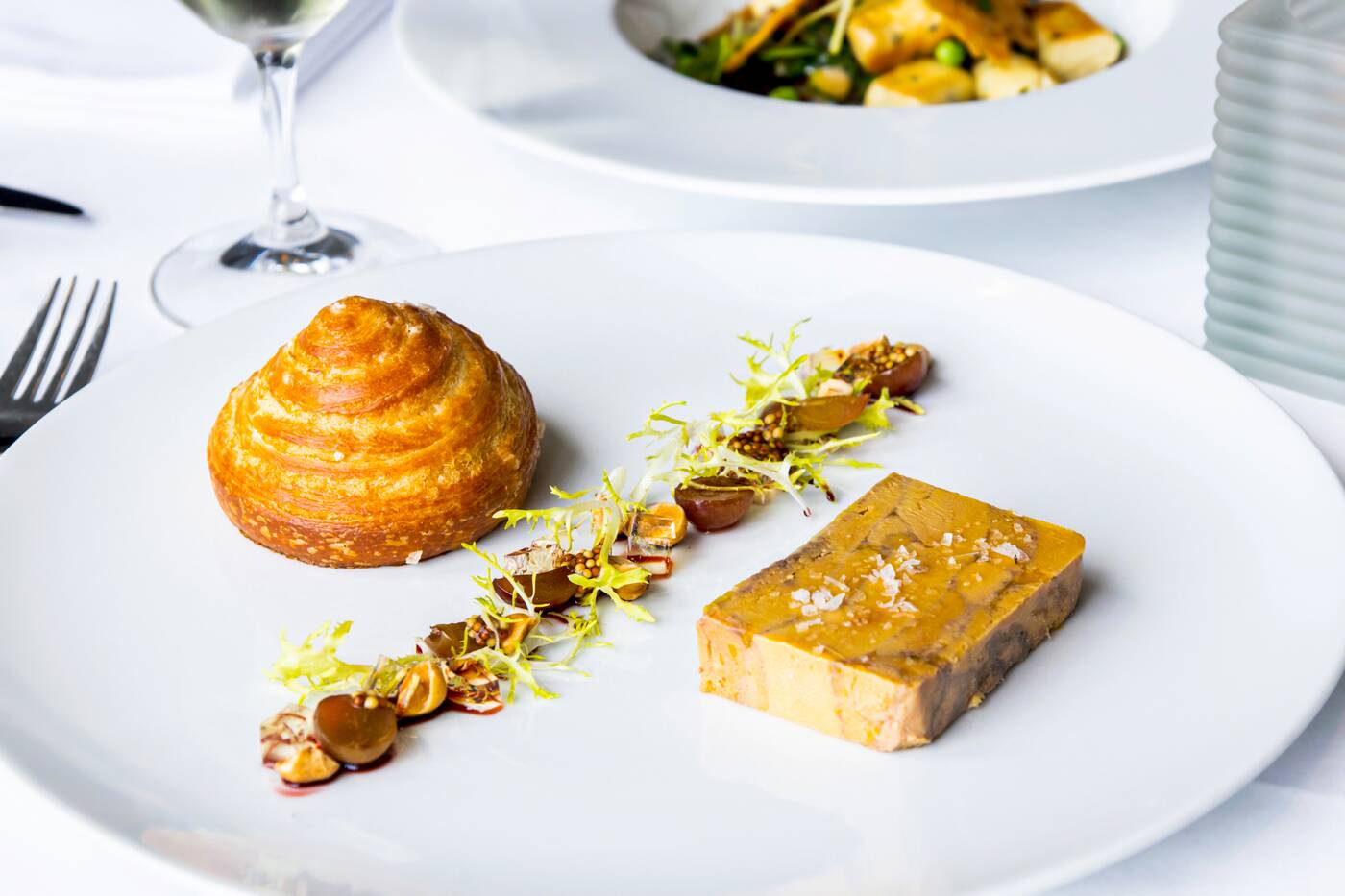 Korte says they "try to stay relevant" at Scaramouche but "never alter dramatically" what they're doing, and owe their longstanding success in part to this balance. 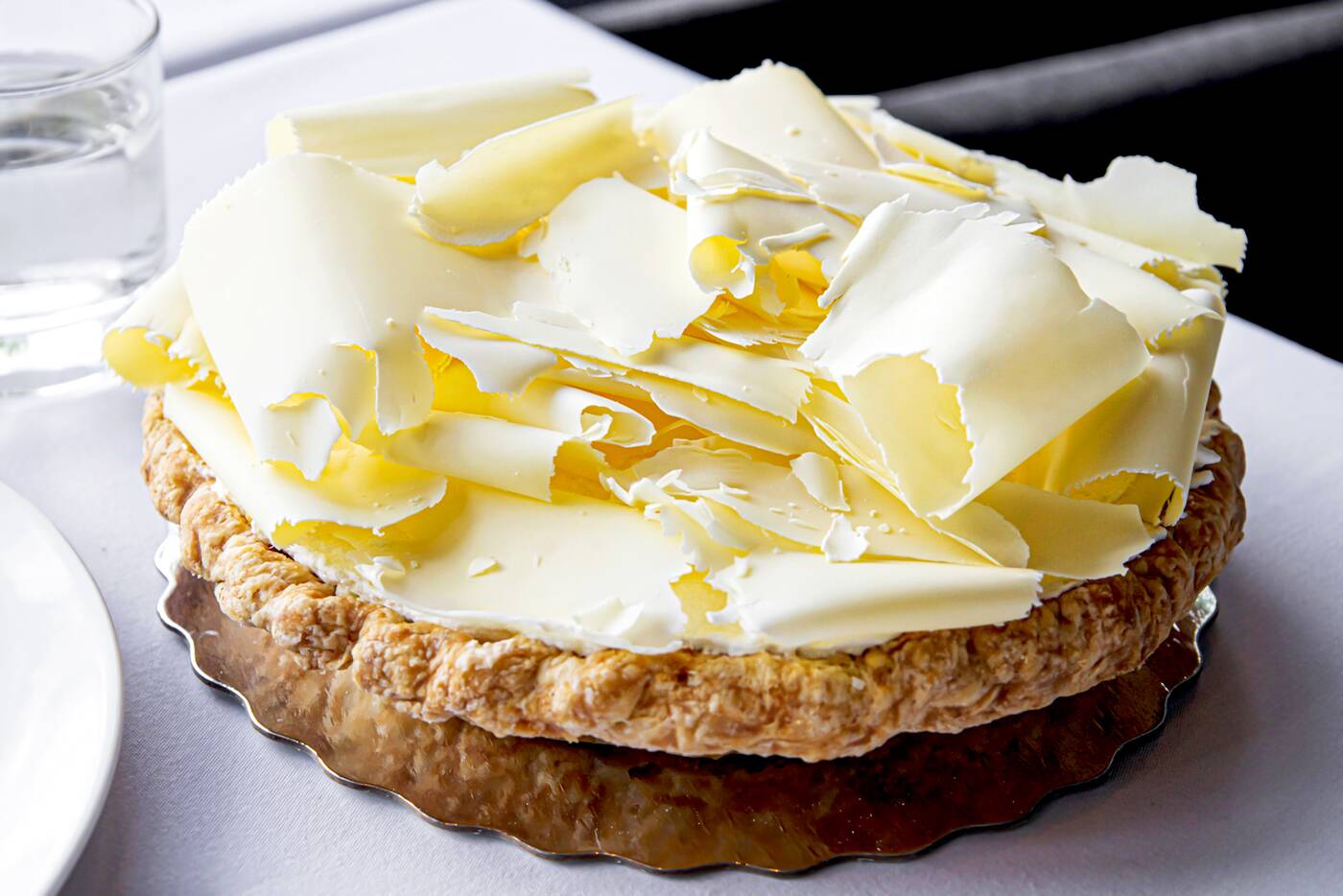 He says this is achieved by the way they've "never taken focus off operating at a high level" but that they've always continually introduced new staff and listened to their ideas so the restaurant evolves. 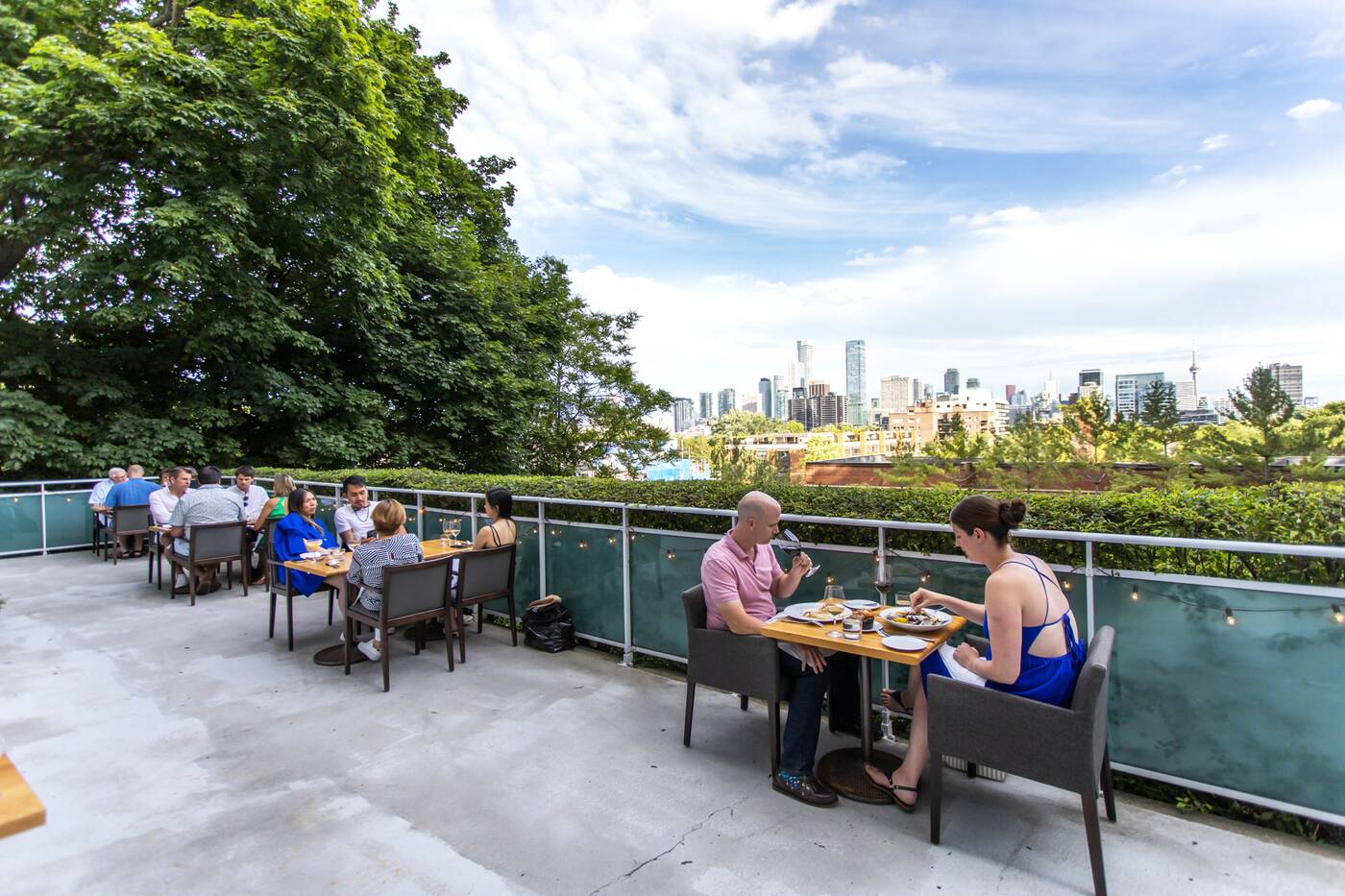 When the pandemic hit, the restaurant would have to evolve faster than ever before. They've always had a balcony that could become a patio, but they've never used it out of respect for tenants in the building.

They came to an arrangement to create the patio for the last two summers, and then came the challenge of dealing with demand. 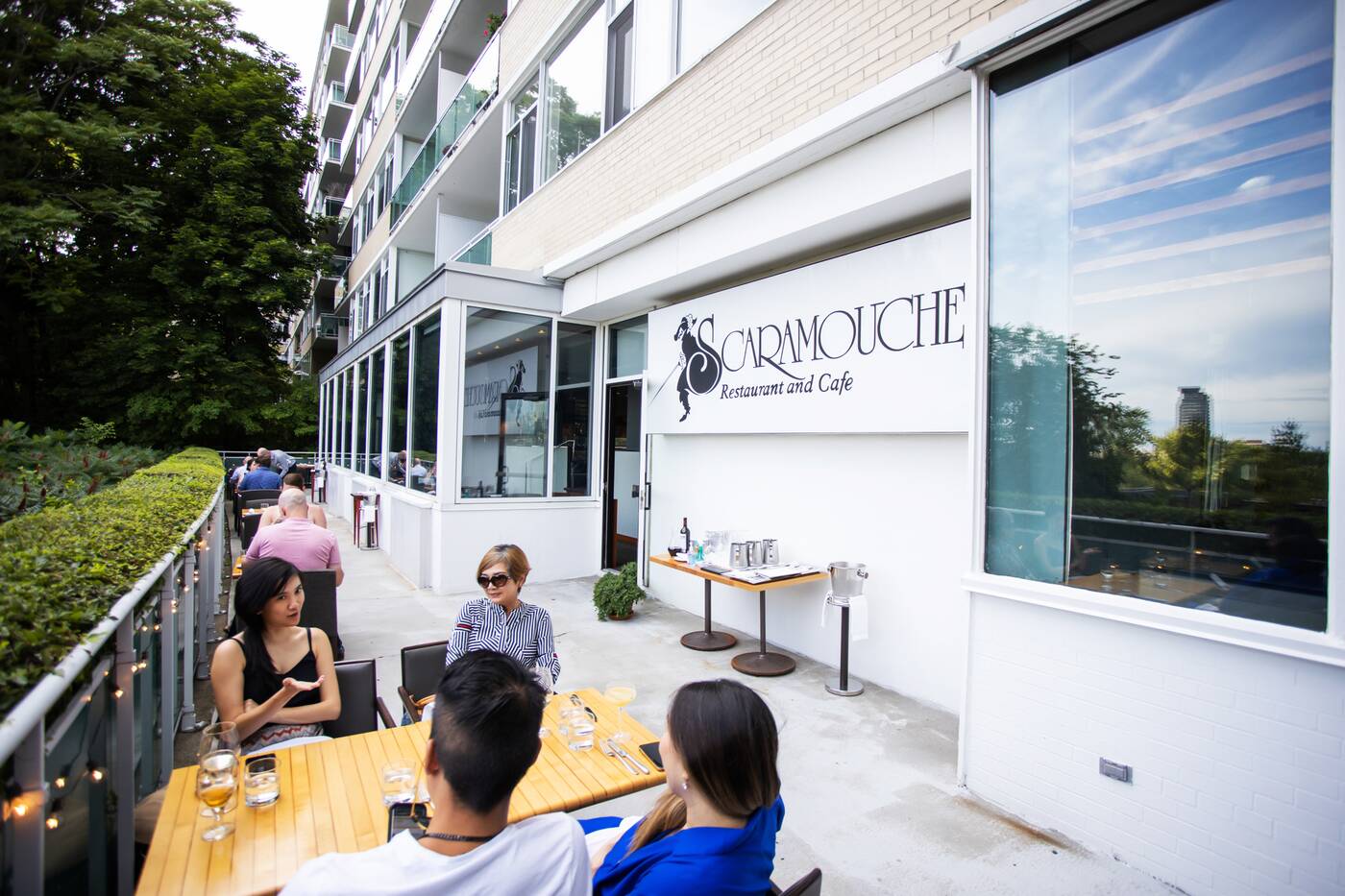 Korte says the interior holds 160, and though the patio only holds 38 about the same number of people are still trying to book a spot at Scaramouche. 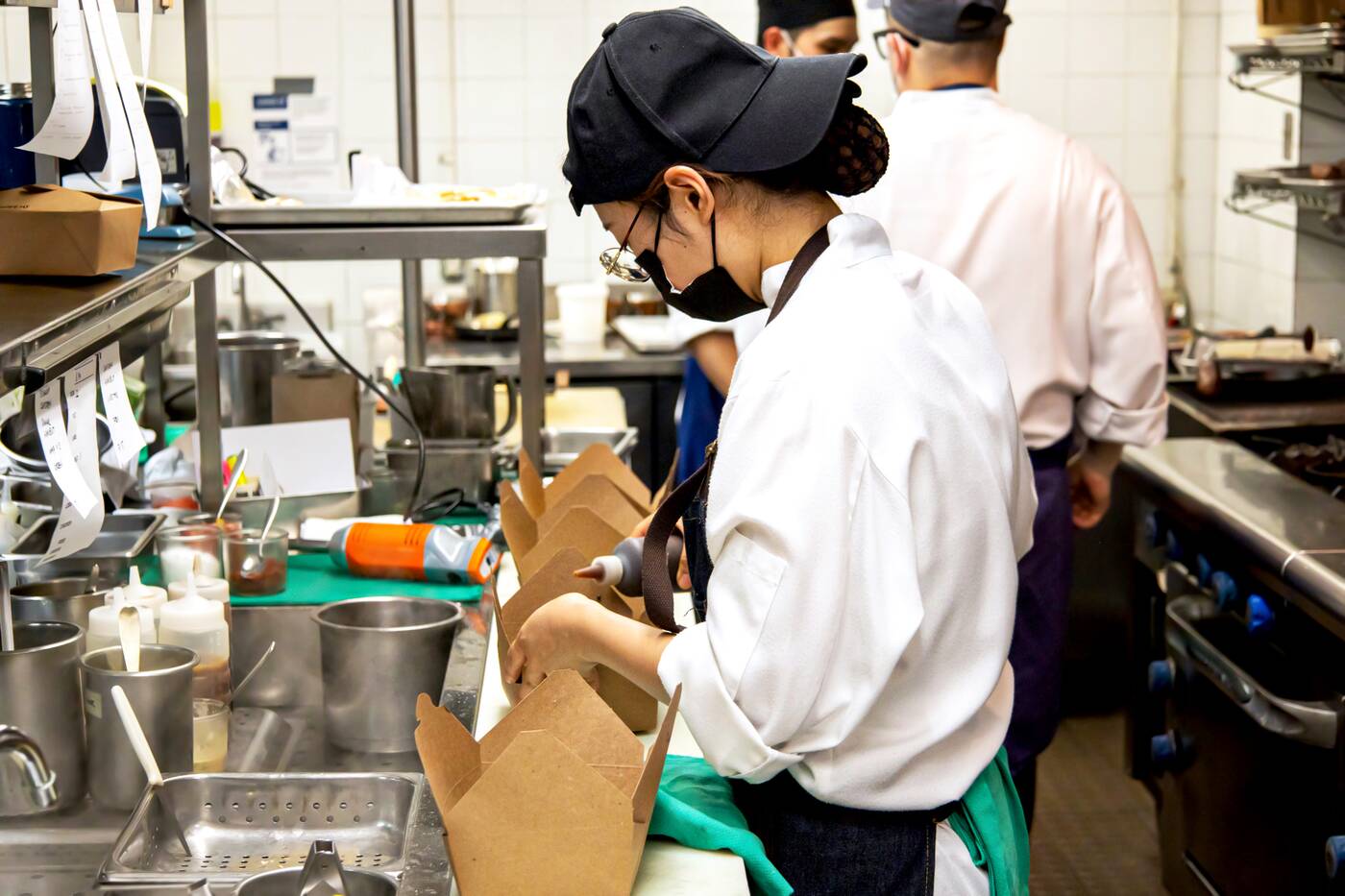 Along with that, Scaramouche has been dealing with operating with a much tighter staff, forcing the restaurant to cut their hours from six days a week to five. 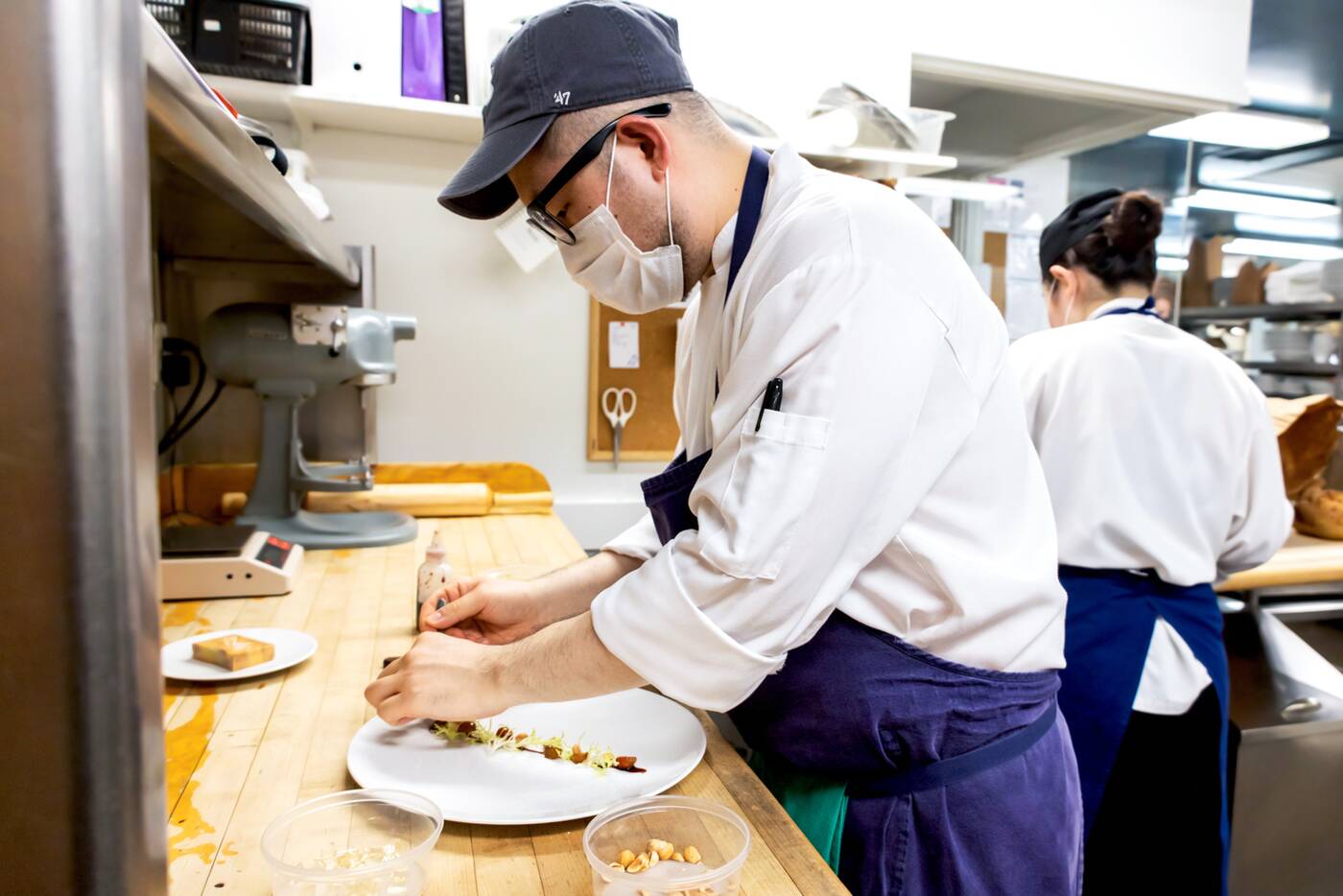 Korte says a lot of "people decided not to return" and "a lot of people are moving away from hospitality" which is a "universal problem" for restaurants right now. 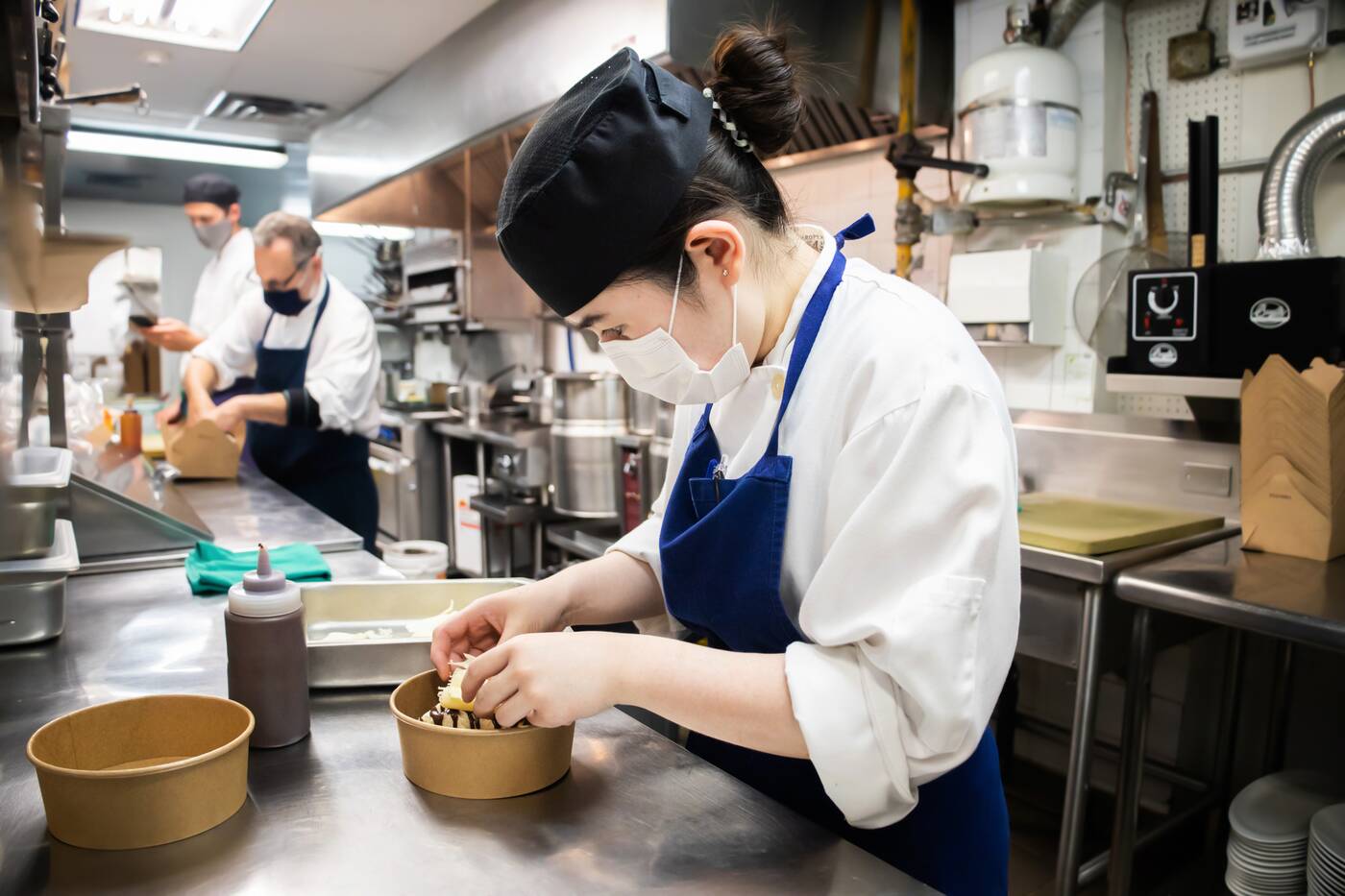 "You can only do so much, we try to look after our staff, keep them motivated," says Korte, though he says no one is "banging on the door" to apply for a job at the restaurant. 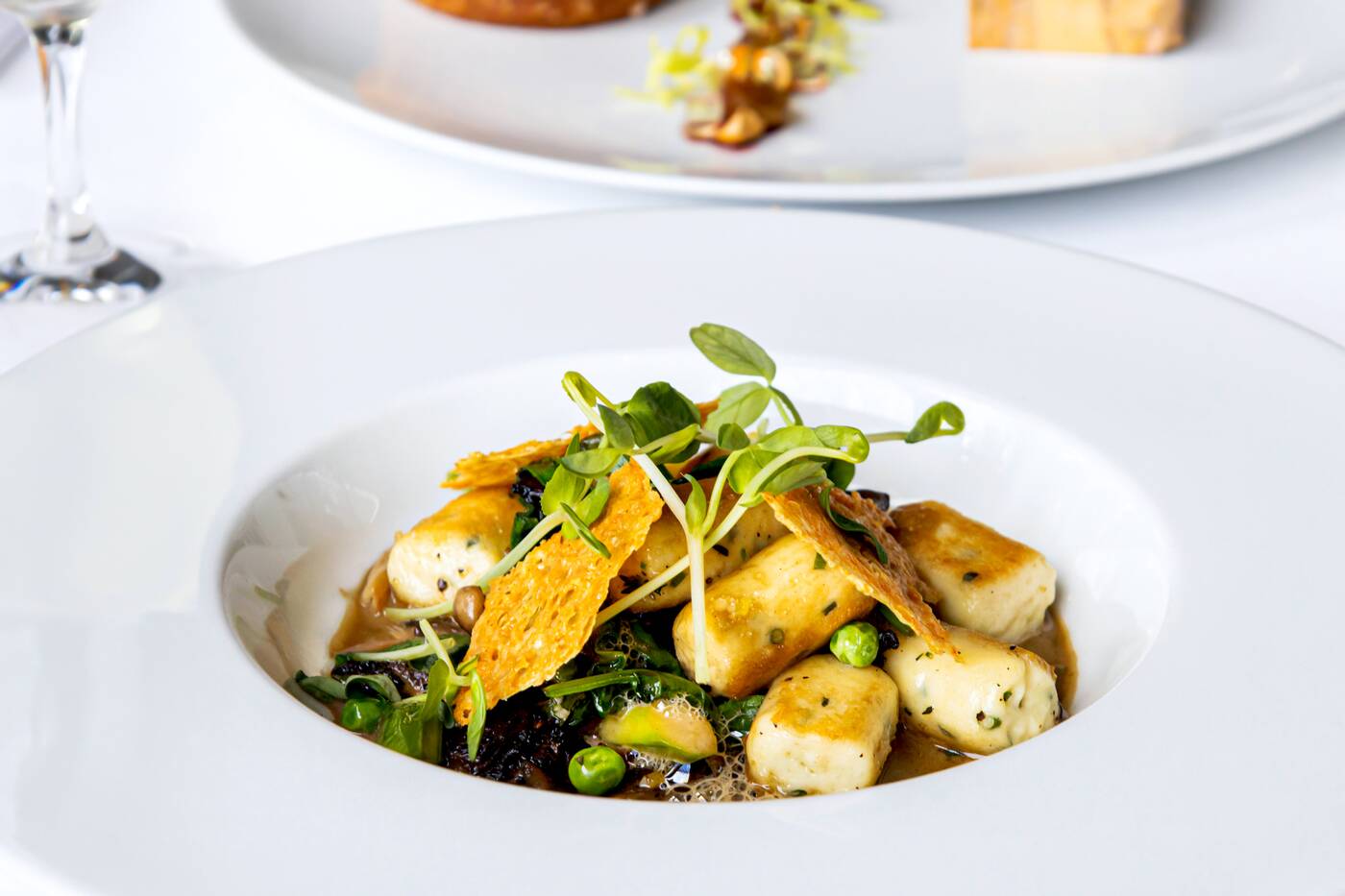 Another challenge the restaurant has had to deal with is how to package their upscale dishes with refined ingredients such as lobster, caviar and foie gras for takeout, Korte saying they had to go from "china to cardboard" and "that's not what any chef wants." 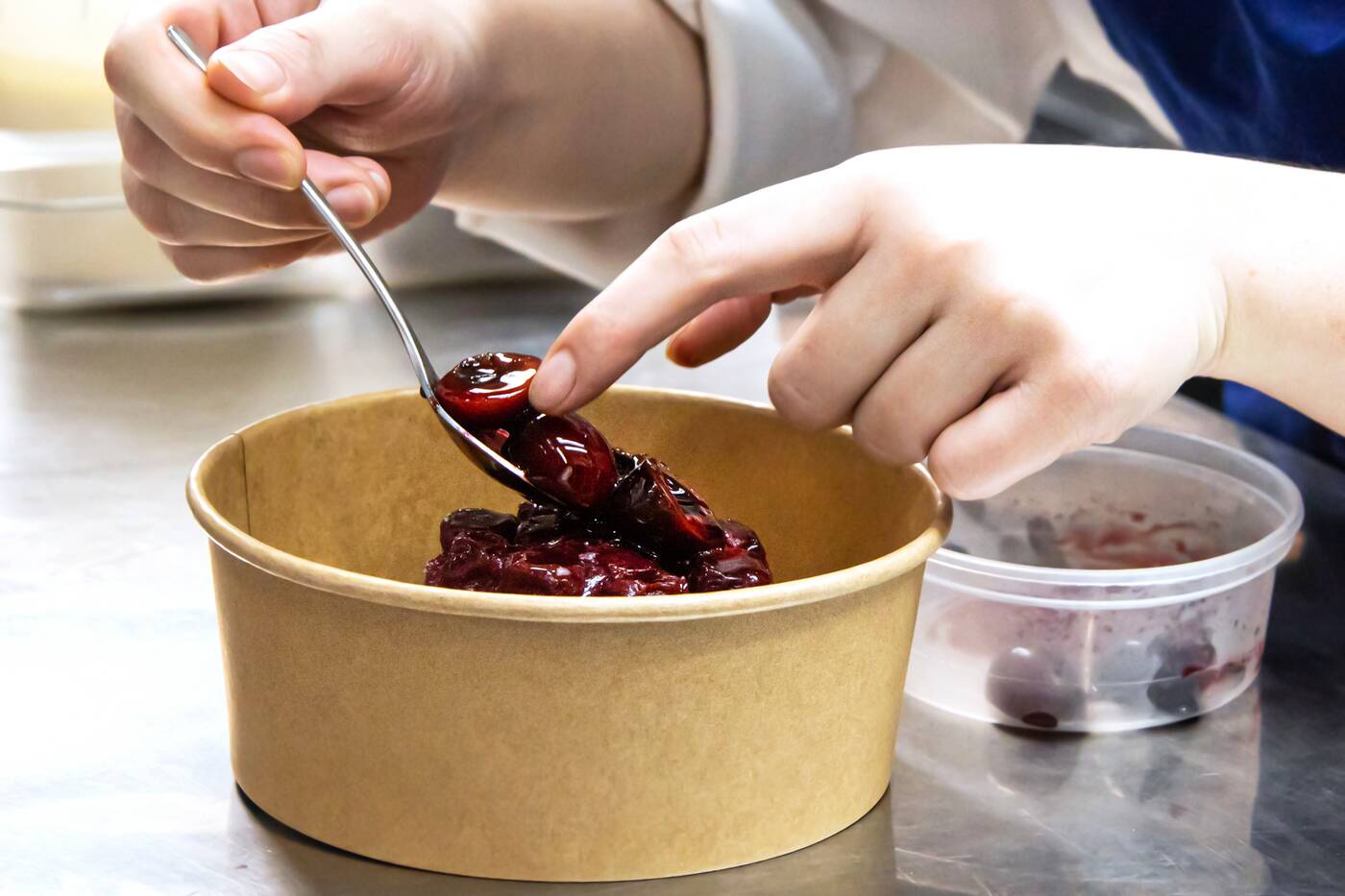 Scaramouche basically just tried to keep dishes presentable, landing on a biodegradable type of container that holds their food nicely. 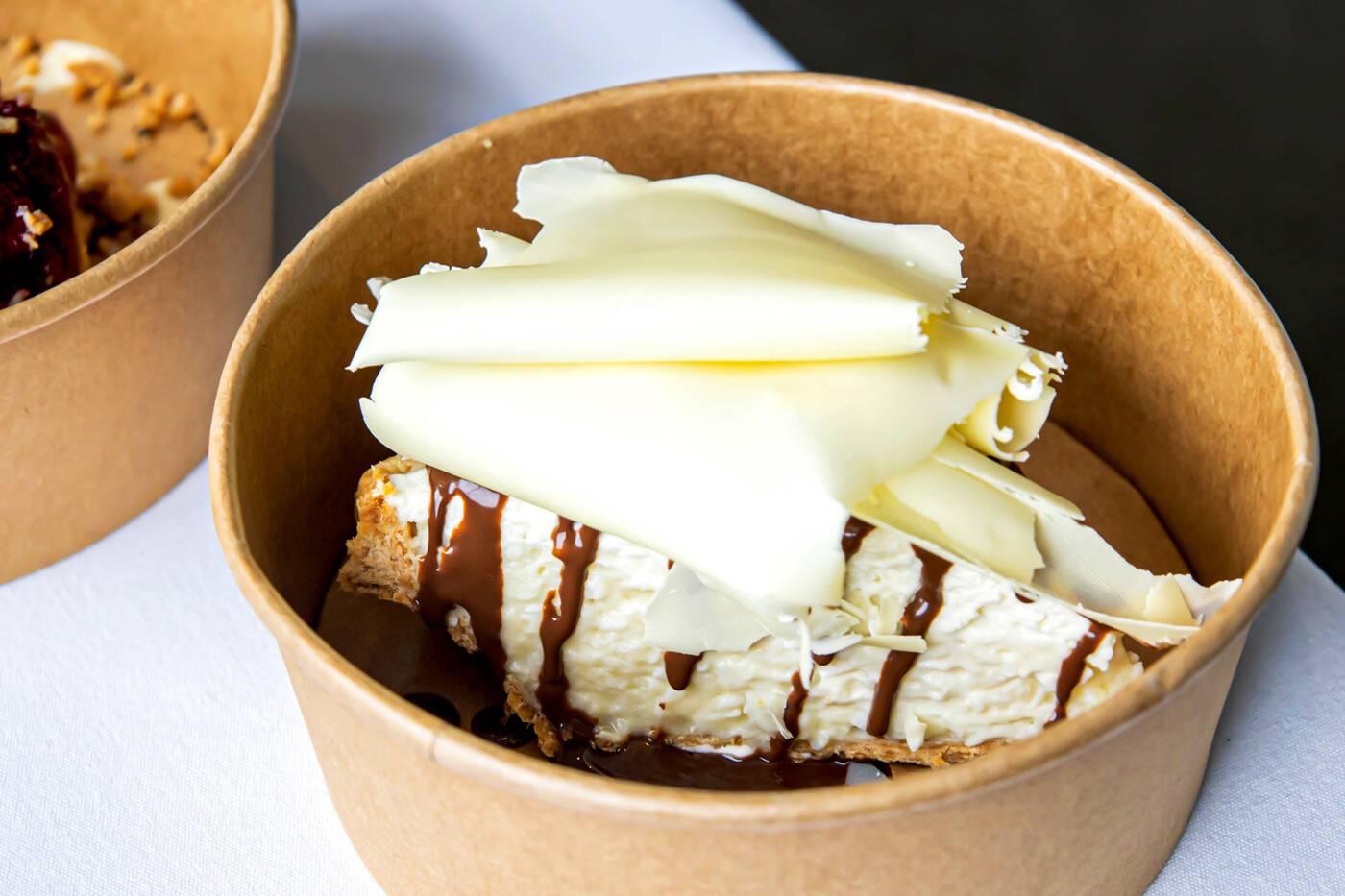 "Customers are accepting that it's not like inside, but not bad," says Korte. 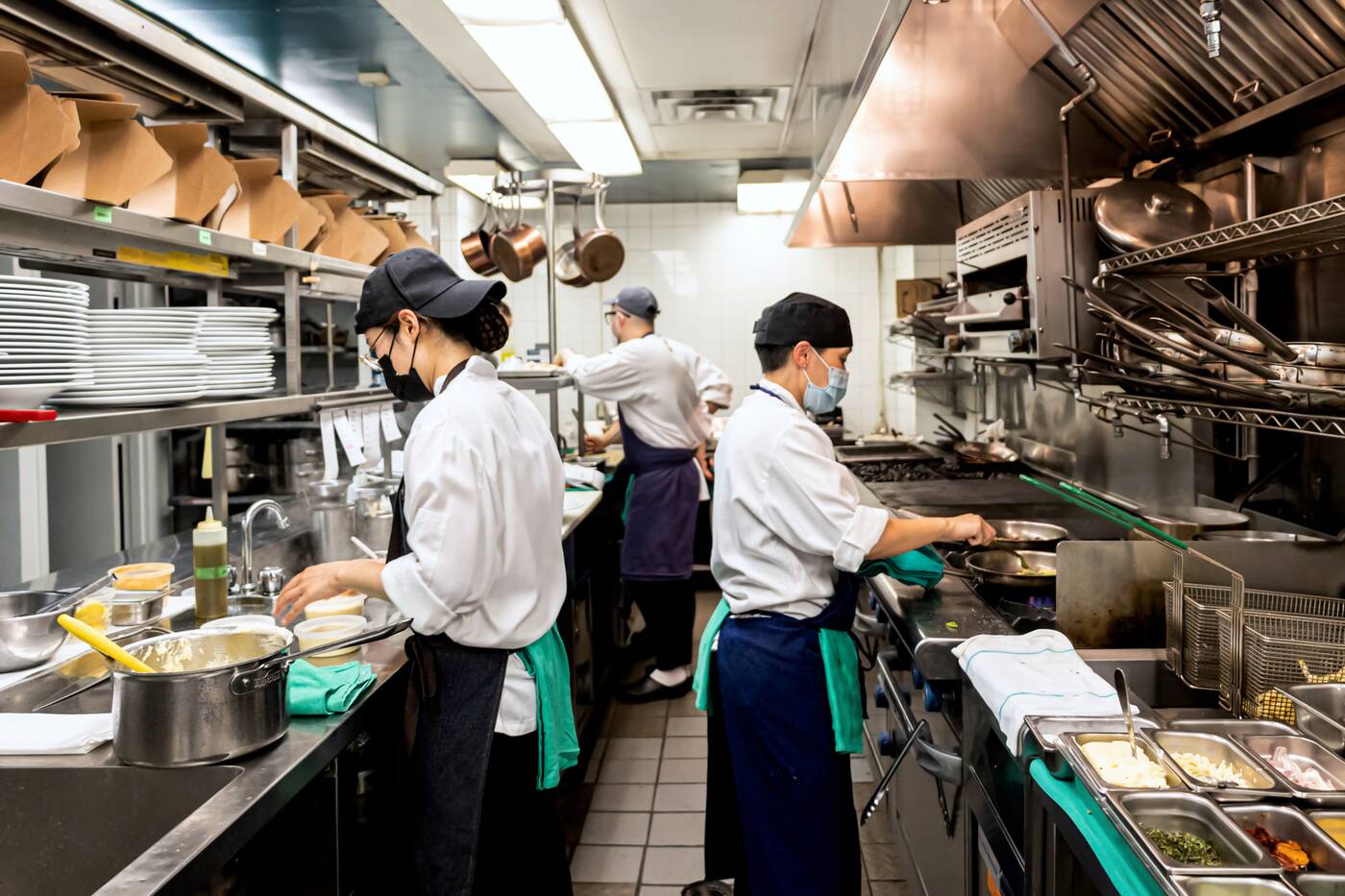 Along with their reputation and the trust of their customers that kept them coming back for takeout and to the patio, Korte says one of the most important factors to the restaurant's survival was that they were "allowed to keep a small team, psychologically that's really important." 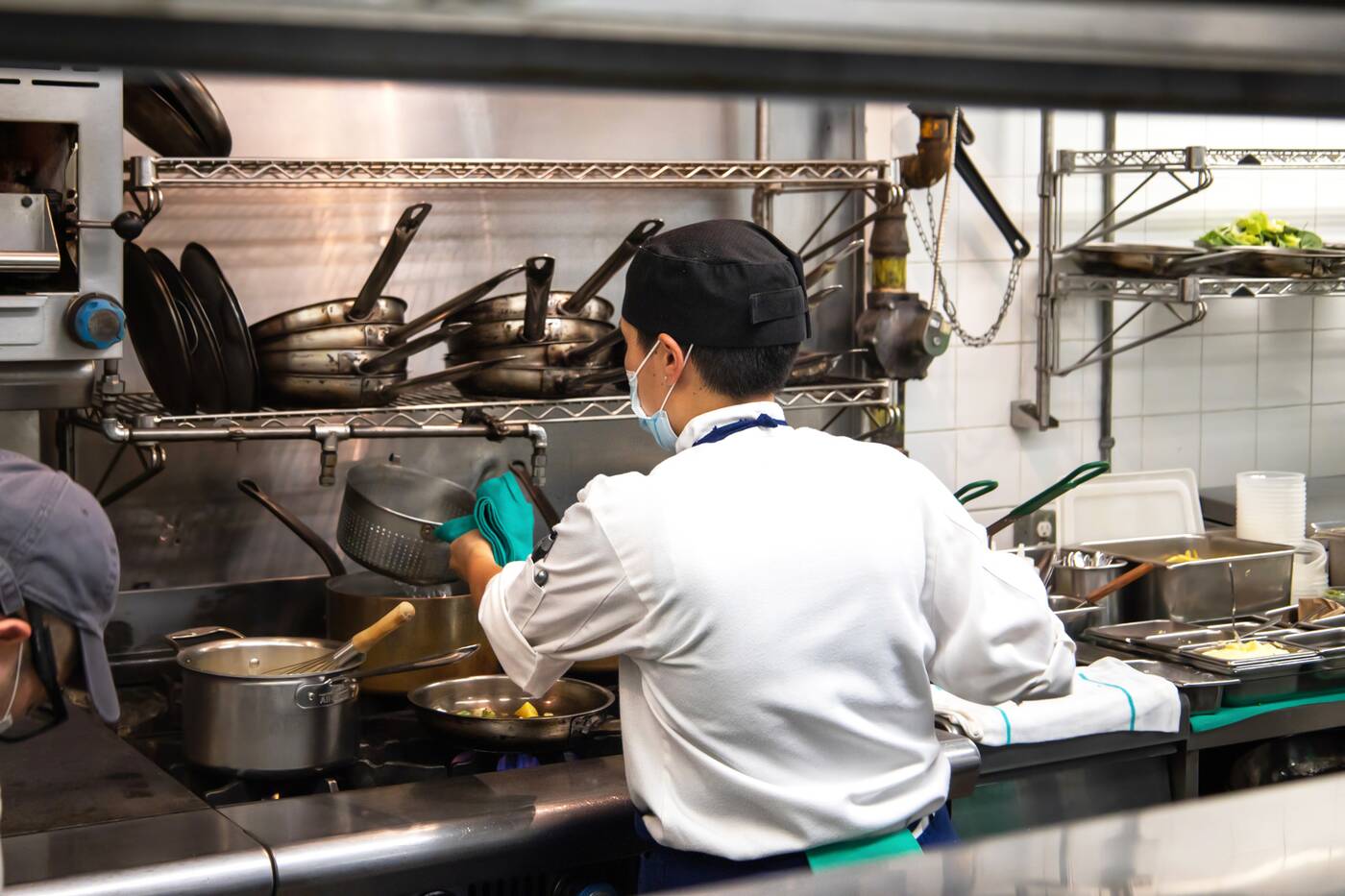 "Though it's been an inconvenience, everyone worked hard and we're in good shape," says Korte.