As if the food industry hasn't had it hard enough during the pandemic, two different restaurants in Toronto had vehicles drive into their buildings this week.

An SUV slammed into the front door of the Domino's Pizza at High Park Avenue and Dundas Street West just before 10:30 a.m. this morning, according to Toronto Police Services.

Police say no one was injured and that one person has been arrested.

Those in the area at the time said the driver appeared to be speeding.

"This guy was driving up Pacific over 120km/ hour," said Danny McCallum on the Bloor West High Park Junction Community Facebook page. "Not sure what his deal was but he could have killed several people." 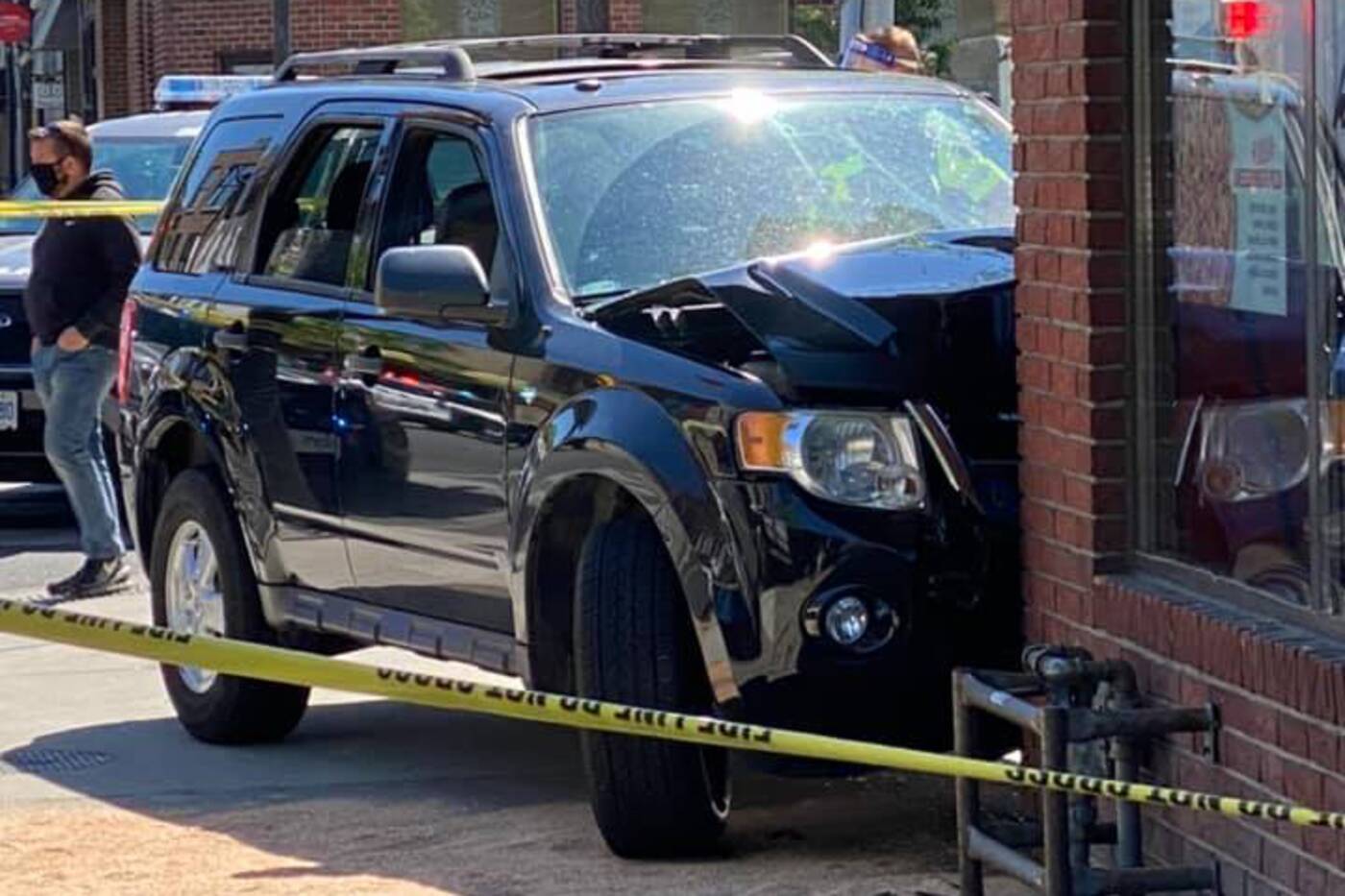 An SUV smashed into the door of a Domino's Pizza in the Junction. Photo by Danny McCallum.

Several people suggested that drivers regularly speed in the area.

"Something needs to be done about the excessive speed on some of those streets," one person said.

A staff member at Domino's Pizza tells blogTO no one was injured, but that the door was badly damaged. They won't be opening today but hope to open tomorrow, she says.

This comes just a few days after Crosscut Coffee reported an SUV crashed into their café causing extensive damage.

The cafe is closed but still arranging delivery.