There's a new spot in town for steak sandwiches, and it's running out of someone's mom's backyard.

Bear Steak Sandwiches only has one thing on the menu: Portuguese rolls brimming with beef flank and oozing chimichurri sauce, $16 a sammie.

It's only available on Sundays. Pickups runs out of co-owner Ricardo Barrientos's family home in Little Italy. 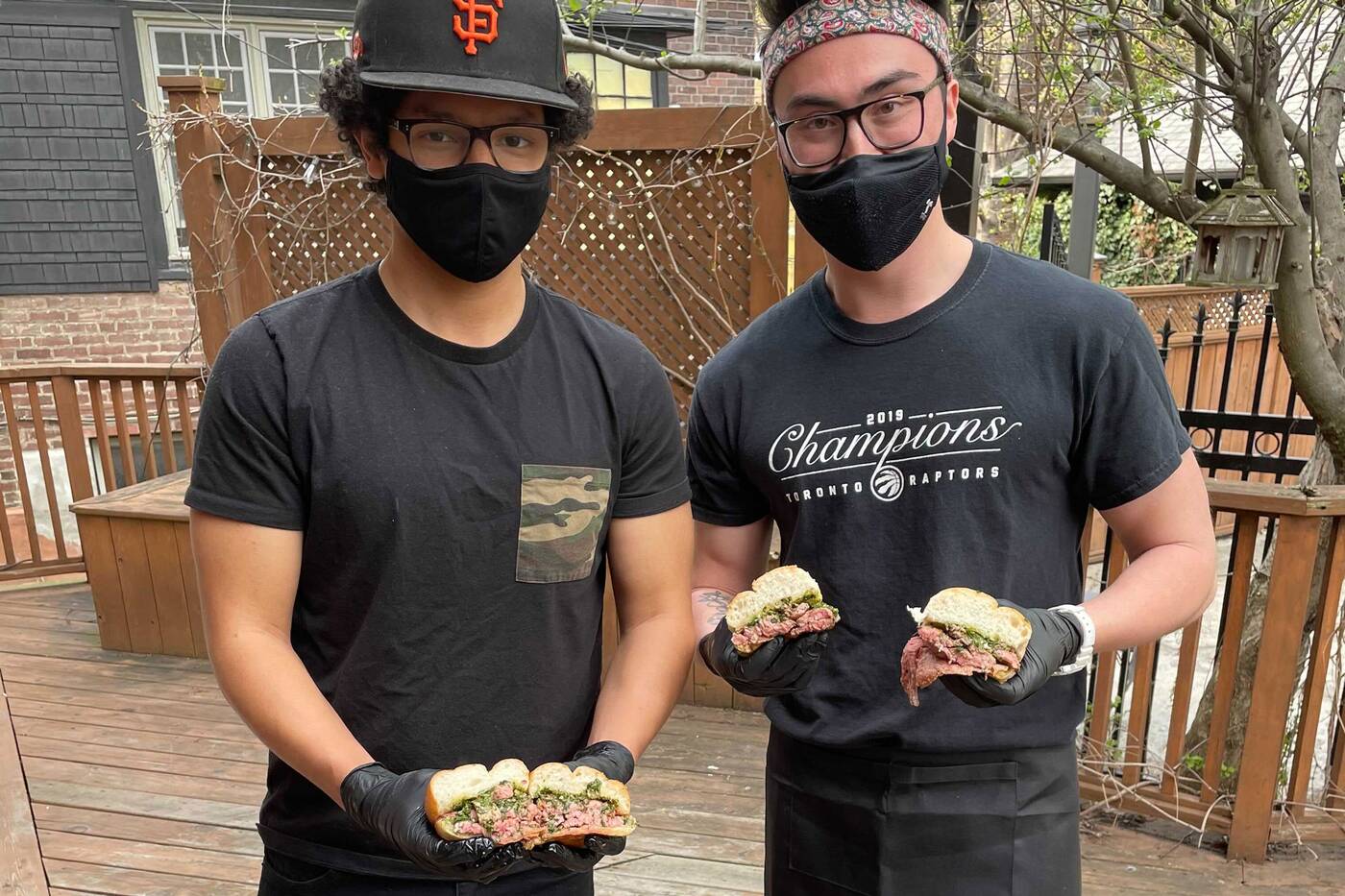 Friends Ricardio Barrientos and Aki Erenberg have teamed up for the one-item menu.

Given that Toronto is low-key a sandwich city, there's no shortage of things between two buns for us to try. But Bear Steaks stands apart from its competitors thanks to its one-item menu.

Simplicity is key: It's rare to see new businesses start with a single offering and it makes you wonder why people don't do it more often. 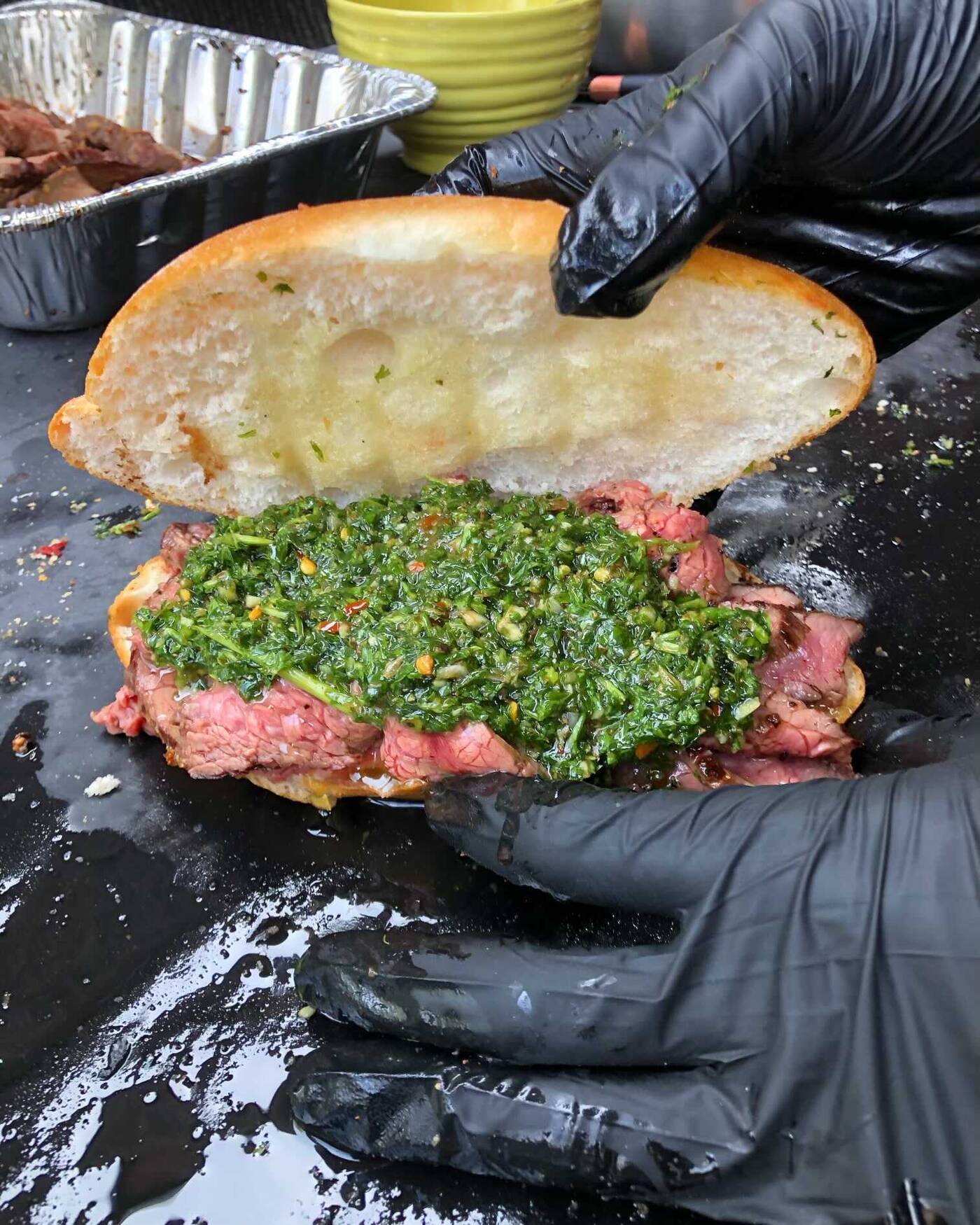 Erenberg says his dad taught him how to grill meat, and he's been doing it since he was a kid. Barrientos' grilling experience is a little less extensive, but purportedly he deep-dived into smoking meats and, a year later, remains submerged in steaks.

"We both think the best way to spend your time outdoors and being productive is being by the grill," says Erenberg. "We just pooled our talents together and came up with Bear Sandwiches."

Together they came up with the one product, sourcing locally to keep that Little Italy spirit going. All their beef is from Grace's Meat Market. Portuguese rolls, baked fresh every Sunday morning, come from Golden Wheat Bakery. 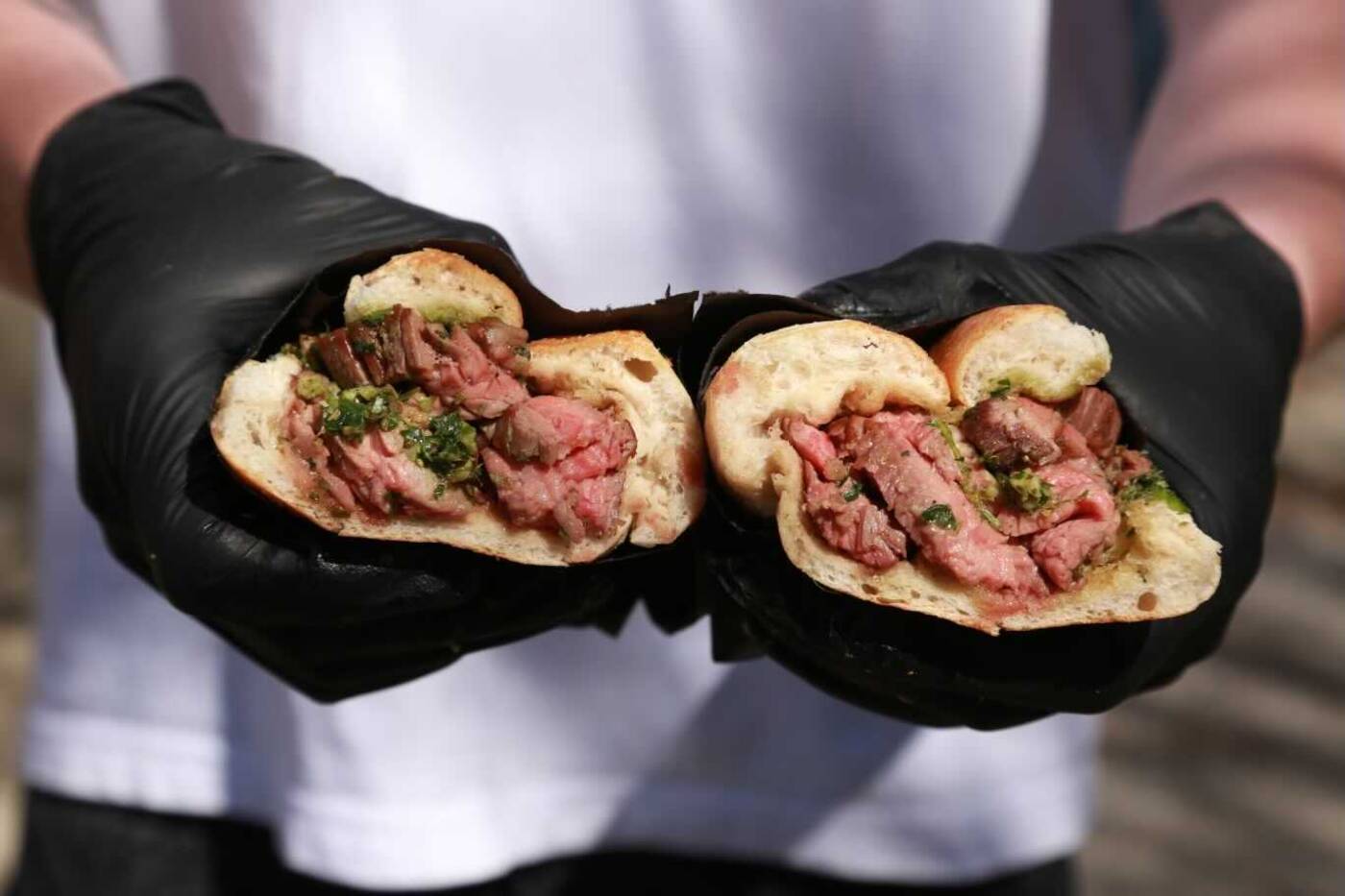 All meat is sourced from Little Italy butcher shop Grace Meat Market and bread is from Golden Wheat.

Barriento and Erenberg buy 25 pounds of beef flank in the morning before pickups start, sous vide it for two hours, then throw it on a regular ol' BBQ grill to get it to medium-rare.

The chimichurri sauce, Barriento's creation, is made the night before. It's your usual garlicky green goodness with some secret additives but it's the star of the show, drizzled generously atop just over half a pound of meat.

"The simplicity of it alone is what allured us," says Erenberg. "You think about steak and sandwich, a lot of places will try to sell you an expensive sirloin or a T-Bone." 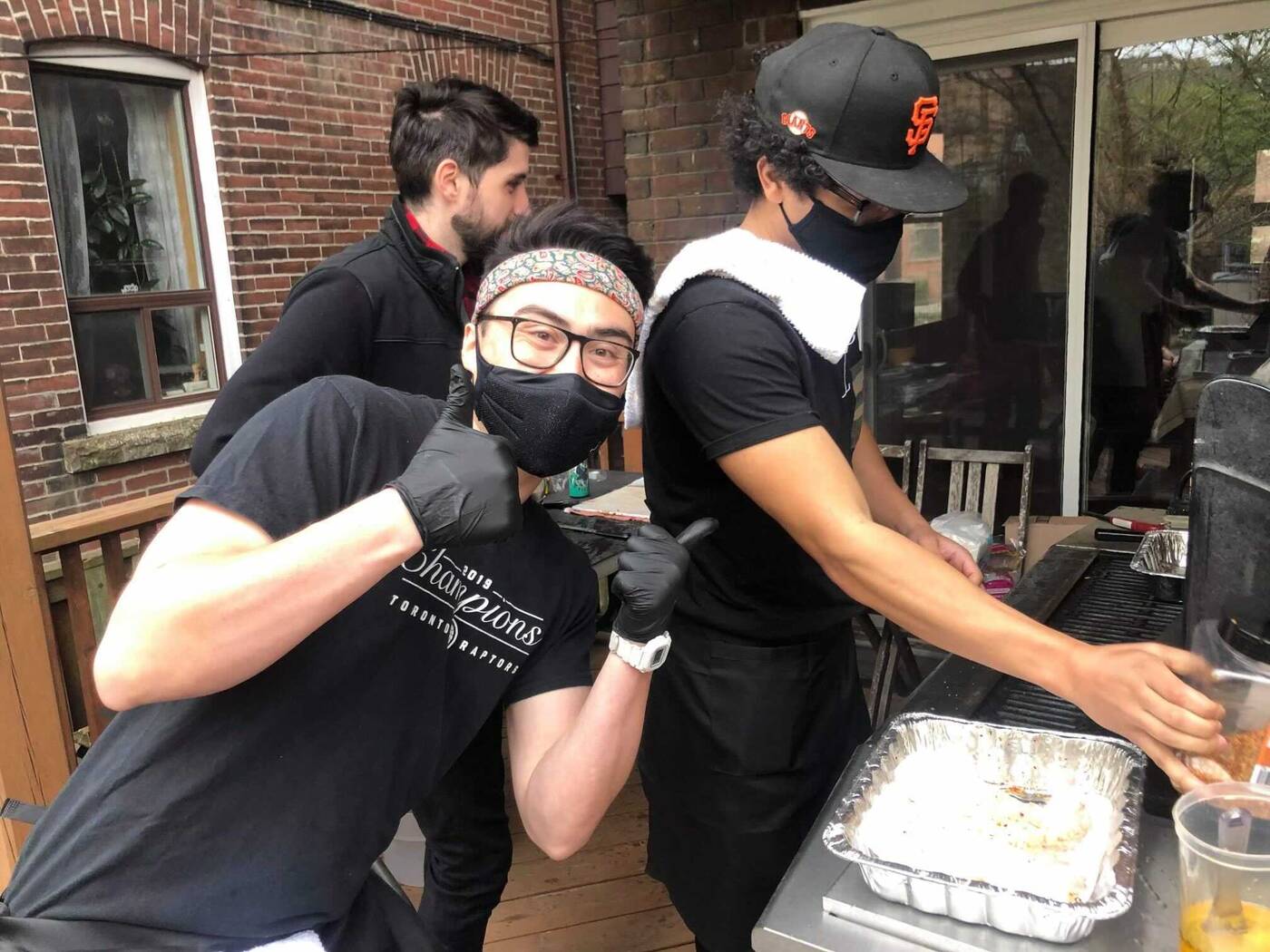 The Bear Steaks Sandwiches project is running out of Barriendos' parents backyard.

He says the duo experimented with veal flank but ultimately beef flank is "more accessible."

So far, it's mostly been friends and family supporting Bear Steak Sandwiches, but Erenberg says the goal is to expand. They might eventually do delivery if their product becomes popular enough, though it means you'll miss out on the backyard feel.

"It's a neighbourhood-friendly environment where everybody says their hellos. It's quick interactions but it feels much more personal," he says. "We just want to keep feeding Little Italy."