Toronto KFC and sneaker store being demolished for a new park

Major changes are coming to an important corner of Queen St. West.

The abandoned KFC-Taco Bell hybrid at the corner of Queen and Augusta, along with longtime sneaker store SVP Sports, will be making way for a park.

Plans to turn the one-storey building into a four-storey office building have apparently been nixed.

The properties at the corner of Queen and Augusta are slated to become new parkland. Photo via Joe Cressy.

According to the City, they've purchased the properties at 464-468 Queen St. West, and are looking to buy even more in the area to support the proposed 8,800-square-foot green space.

No timeline has been released, so it's unclear what the future holds for the aging stucco walls of this old-school KFC, which is actually a heritage designated building.

SVP Sports is still open, but the 36-year-old brand could not be reached for comment.

After years of work, City staff are moving forward with a recommendation to turn a City-owned parking lot at 15 Denison Ave into new affordable housing and a cultural space for our Queen West community. https://t.co/kPrhC9bRk7 pic.twitter.com/Nmk2I976eg

In addition to the new green space, the City will also be turning a parking lot next door into a mixed-use rental housing development.

The parking lot at 15 Denison Rd., large enough to accommodate 118 spaces, is located directly north of the old KFC and SVP Sports.

It's one of two parking lots that were identified as potential sites for affordable housing, the other being 25 Bellevue Ave. in Kensington Market. 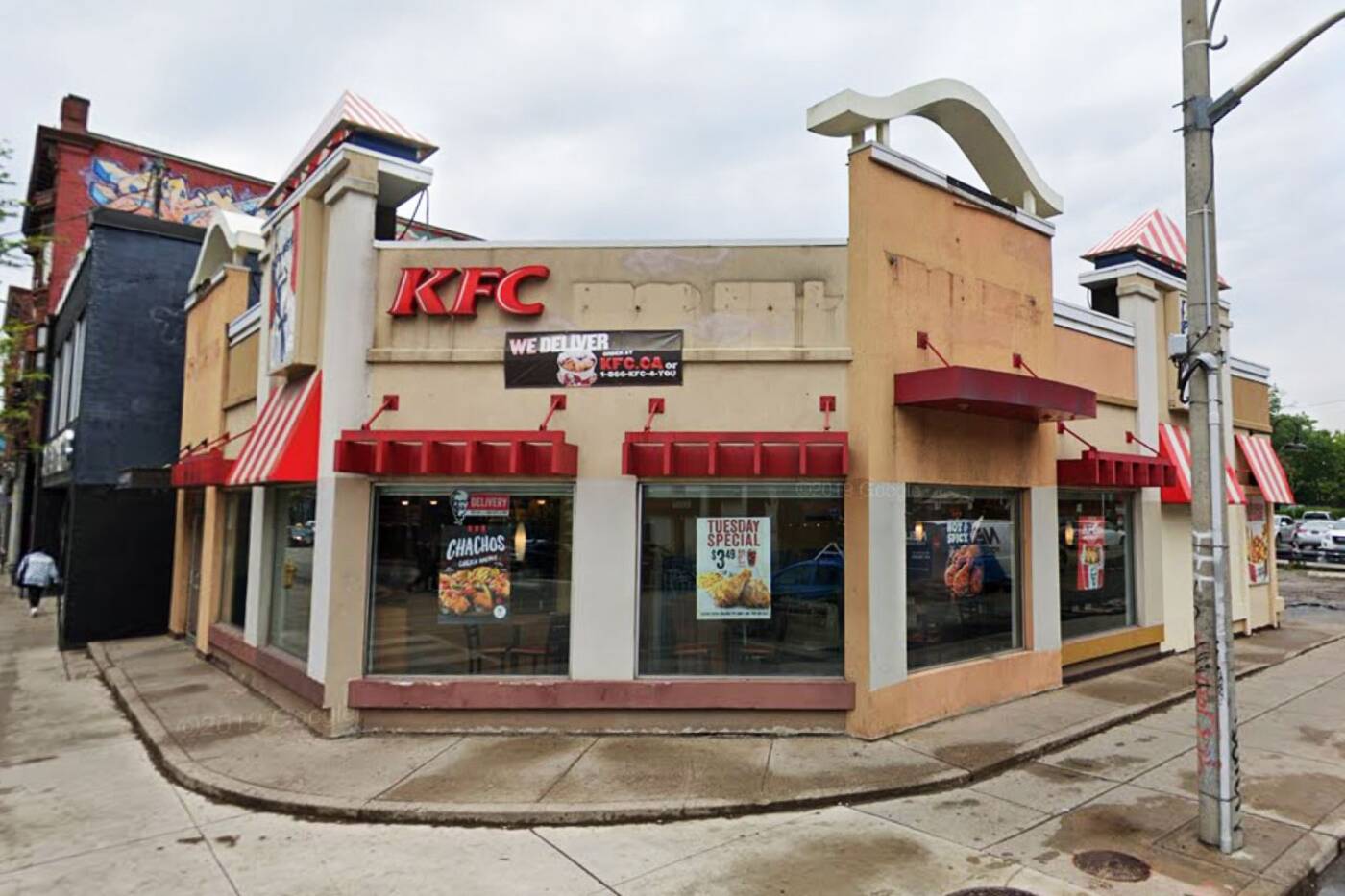 The KFC-Taco Bell building has sat abandoned for over a year. Photo via Google Maps.

No renderings or designs are available yet: the City says it's currently looking to partner with a not-for-profit developer to design, build, finance and operate the new development.

The mixed-use building will also include a cultural space. What that space will look like is still unclear.