From the outside, Galaxy T&T is just one of many fruit and veggie markets fronting Bloor Street.

Heaps of fruit on its windowsill and the occasional hand emerging from a tiny takeout window, passing along some vibrant bevvy, are all that attest to a business more charming than the shop's generic vinyl banner lets on. 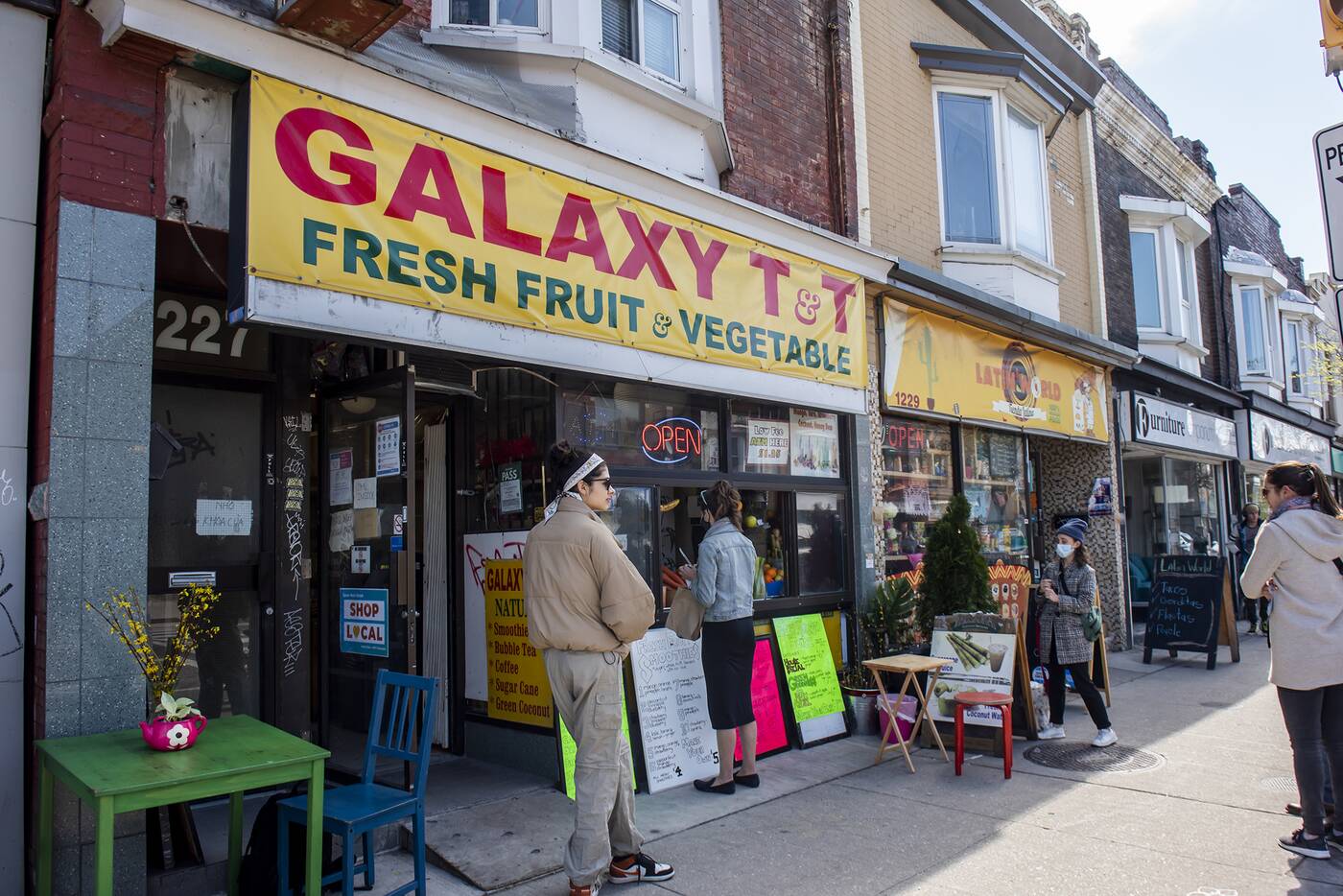 Galaxy T&T is a juice shop that has a special place in Bloordale's heart.

But head to Galaxy's Instagram account and you'll catch a better glimpse into the fruity innerworkings of a local delight that's burrowed its way into the heart of Bloordale for the last four years.

Offline, Galaxy T&T is just a juice shop. When owner Mai Phan, 63, took over four years ago, it was a fading grocery store en route to becoming a bust. 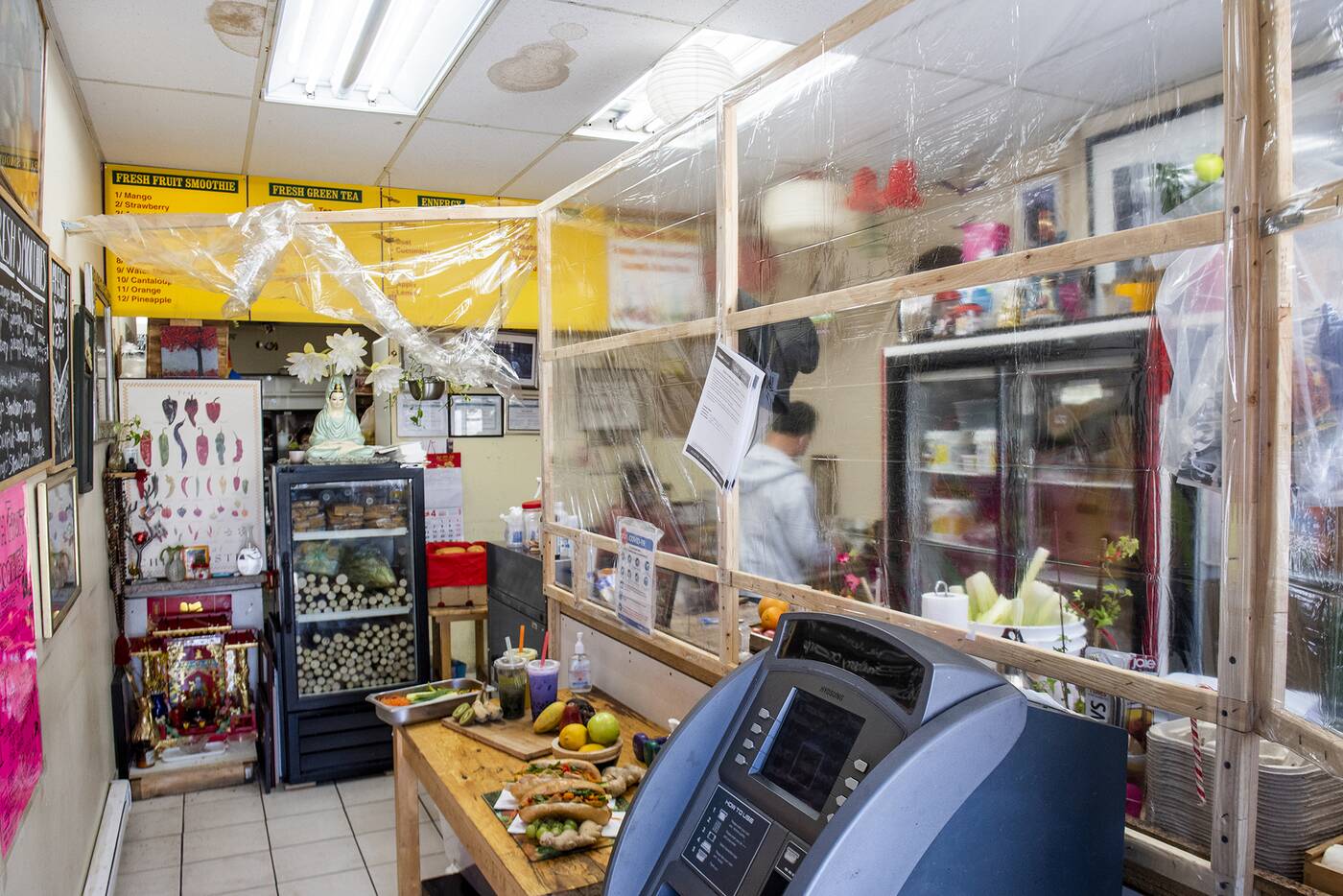 The shop was once a grocery store and has since transformed into a juice shop.

Since taking over, Phan has captained Galaxy toward the one-size cups of blended leafy greens, fruit smoothies and Vietnamese banh mis it's known for today. She runs it alongside Khai Nguyen, one of the original owners of the shop.

The store itself, which has retained its old grocery store name, is outdated, full of "bits and bobs," says Phan's daughter, Kelly. 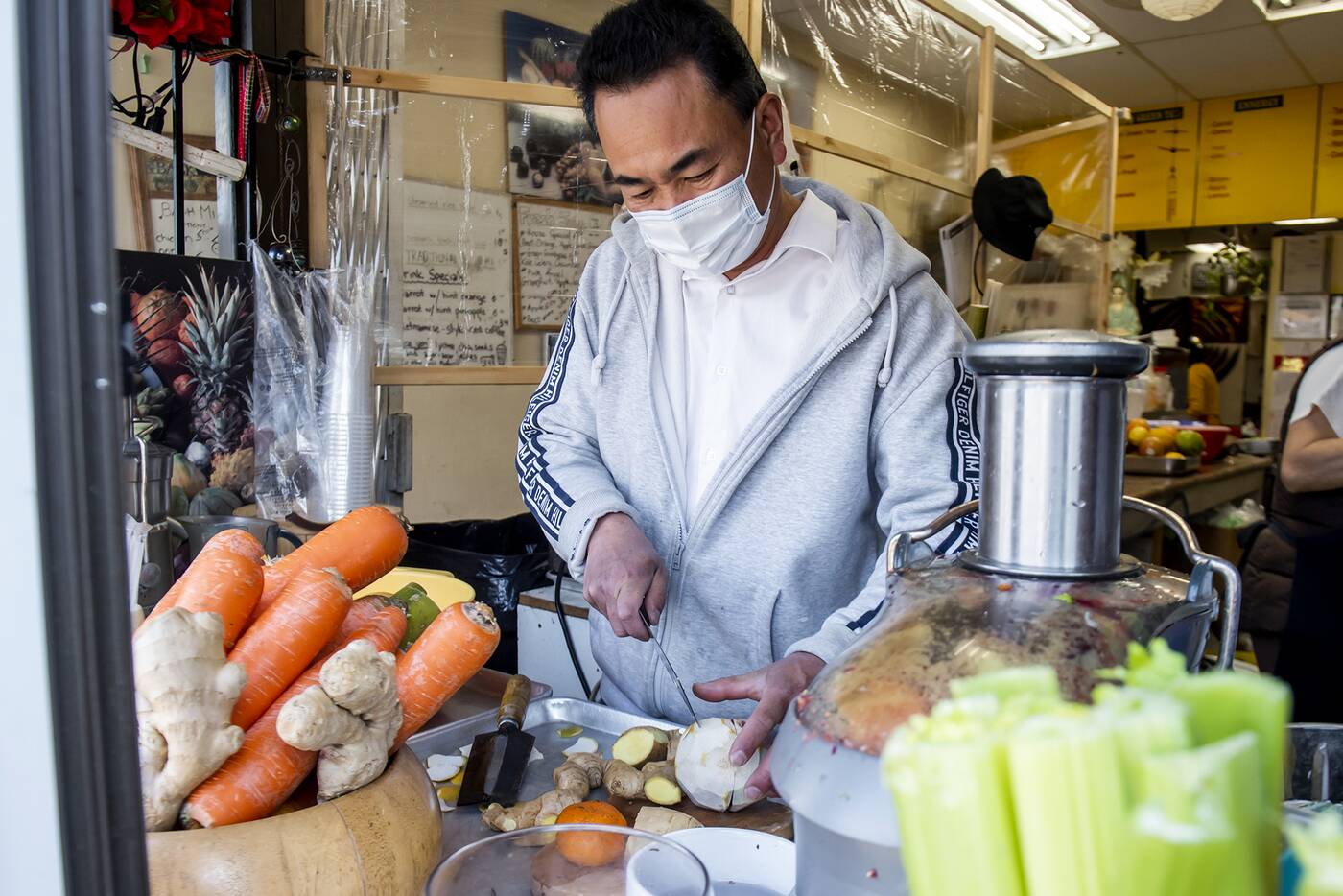 The shop specializes in veggie juices and fruit smoothies.

Galaxy T&T is cash-only. It doesn't even have a phone number, which is why the store's Instagram account, which has over 2,300 followers, come as an anomaly.

A perfect medley of memes, out-of-pocket fruit content and an abundance of positive affirmations, plus a sprinkle of Keanu Reeves stan content, shoots Galaxy's Instagram right to the top of local social media pages.

It's run by Kelly, with the blessing of her mom. By all accounts, it's a rare technological concession from the 63-year-old business owner who has yet to be convinced about getting a point-of-sale system. 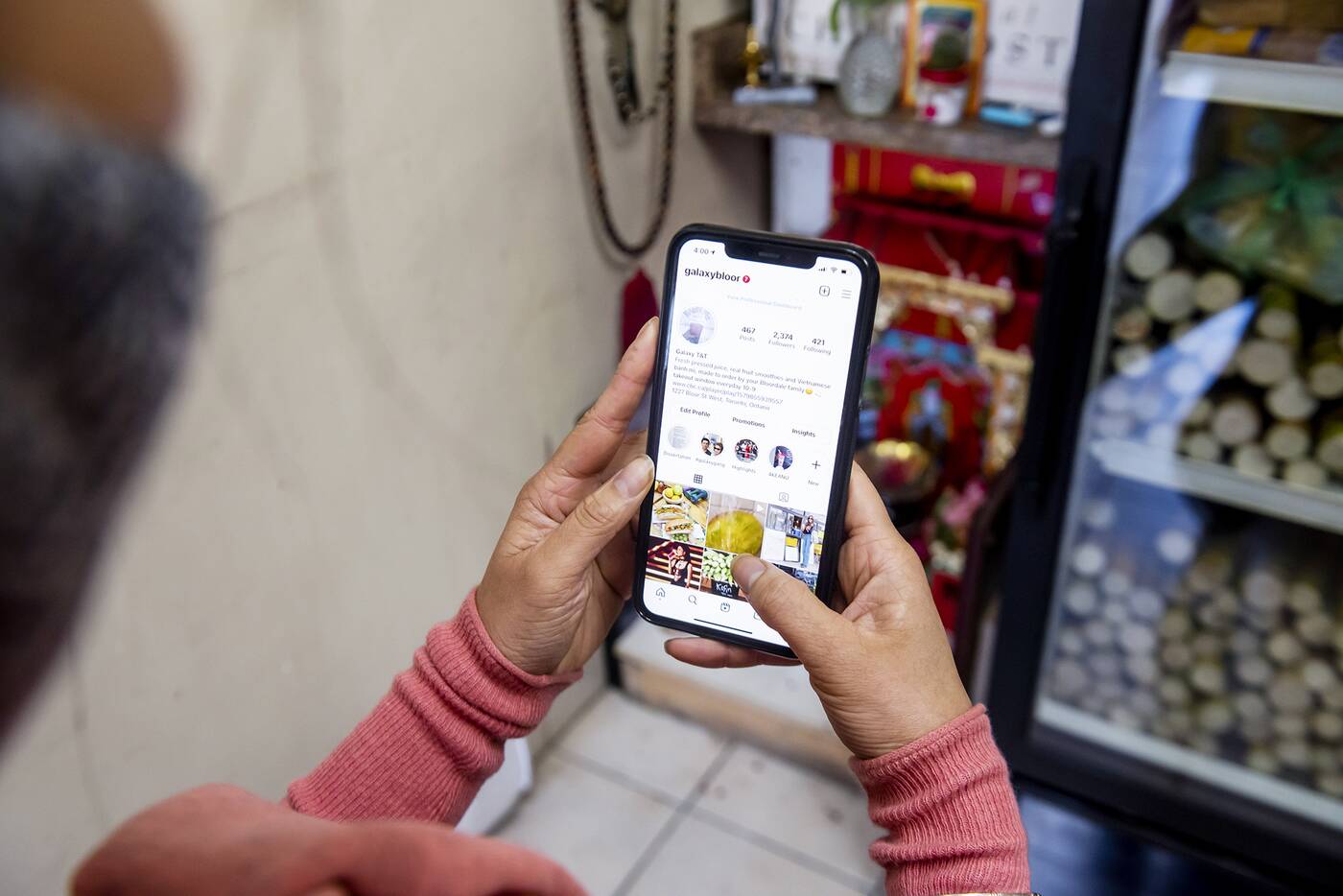 Kelly, a big Keanu fan and the self-proclaimed "wild child" of the family who likes to stay anonymous in her posts, describes the account as a "tiny, silly way" to express herself.

The 33-year-old has a background in fashion, with years of working in the service industry.

She wouldn't be the first juice shop to embrace the mystic millennial persona online. But meme reminders to eat well and be mindful somehow feel a lot less pretentious coming from Galaxy than from pricier counterparts selling 300mL of celery juice for $15 a bottle.

"It’s very fun for me," says Kelly. "I do it at 3 a.m. when I'm bored or when I happen to be at the shop. It was never serious, it was never a customer service outlet." 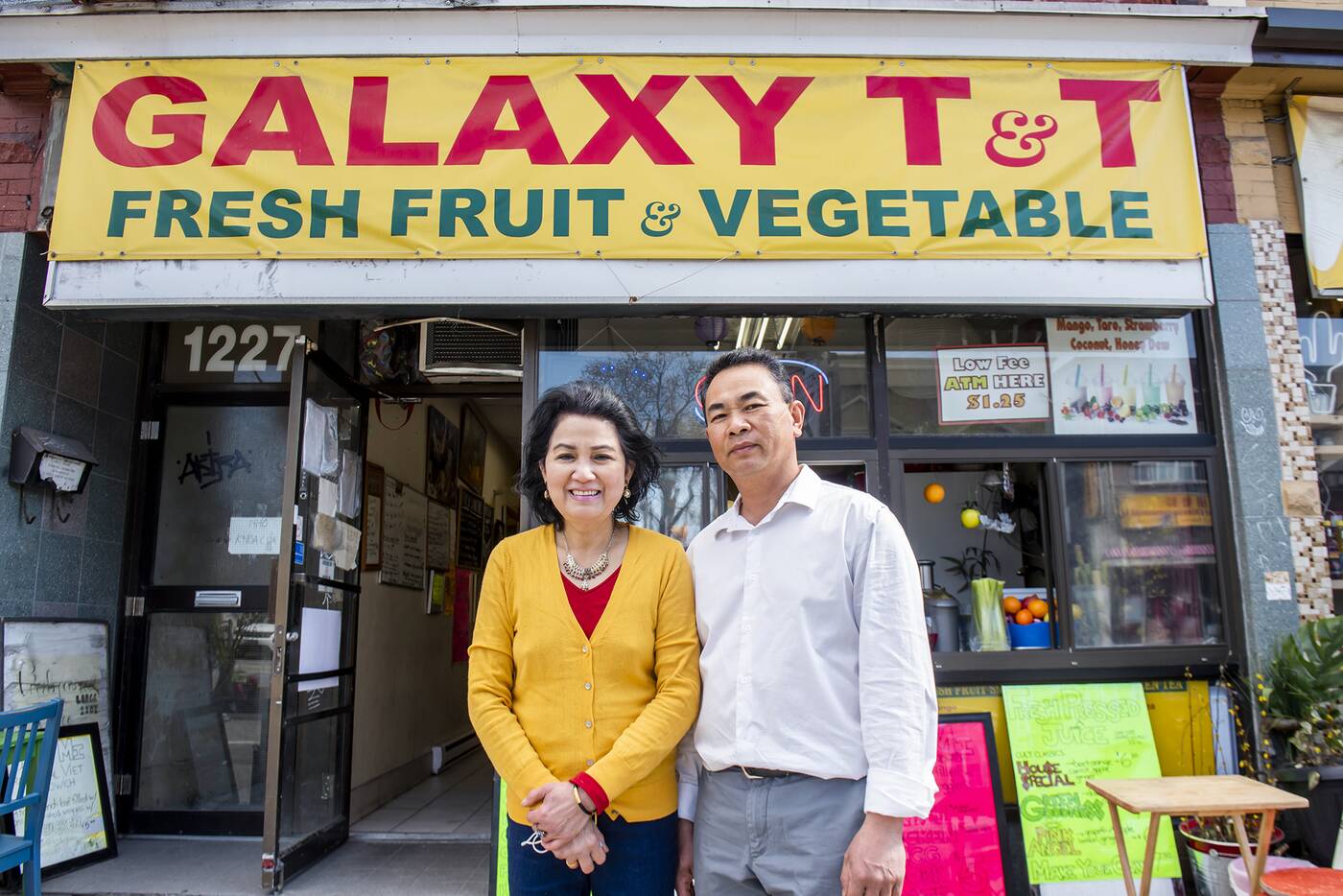 Mai Phan runs the store with one of the store's original owners, Kai Nguyen.

Phan, who arrived in Canada at 17 alongside thousands of refugees fleeing Vietnam in boats, hustled to provide for Kelly and her two older sisters.

For years she worked at a pawn shop across the street that's since been replaced by a Wine Rack. She dabbled in some property management for the Vietnamese community, a side gig that Kelly says had the family moving around about once every six months.

"Growing up, she always had her hand in a million different things because she had to raise three of us alone," says Kelly.

"She's just amazing. I am biased, a little, but anyone who meets her and knows her can agree that there’s something about her." 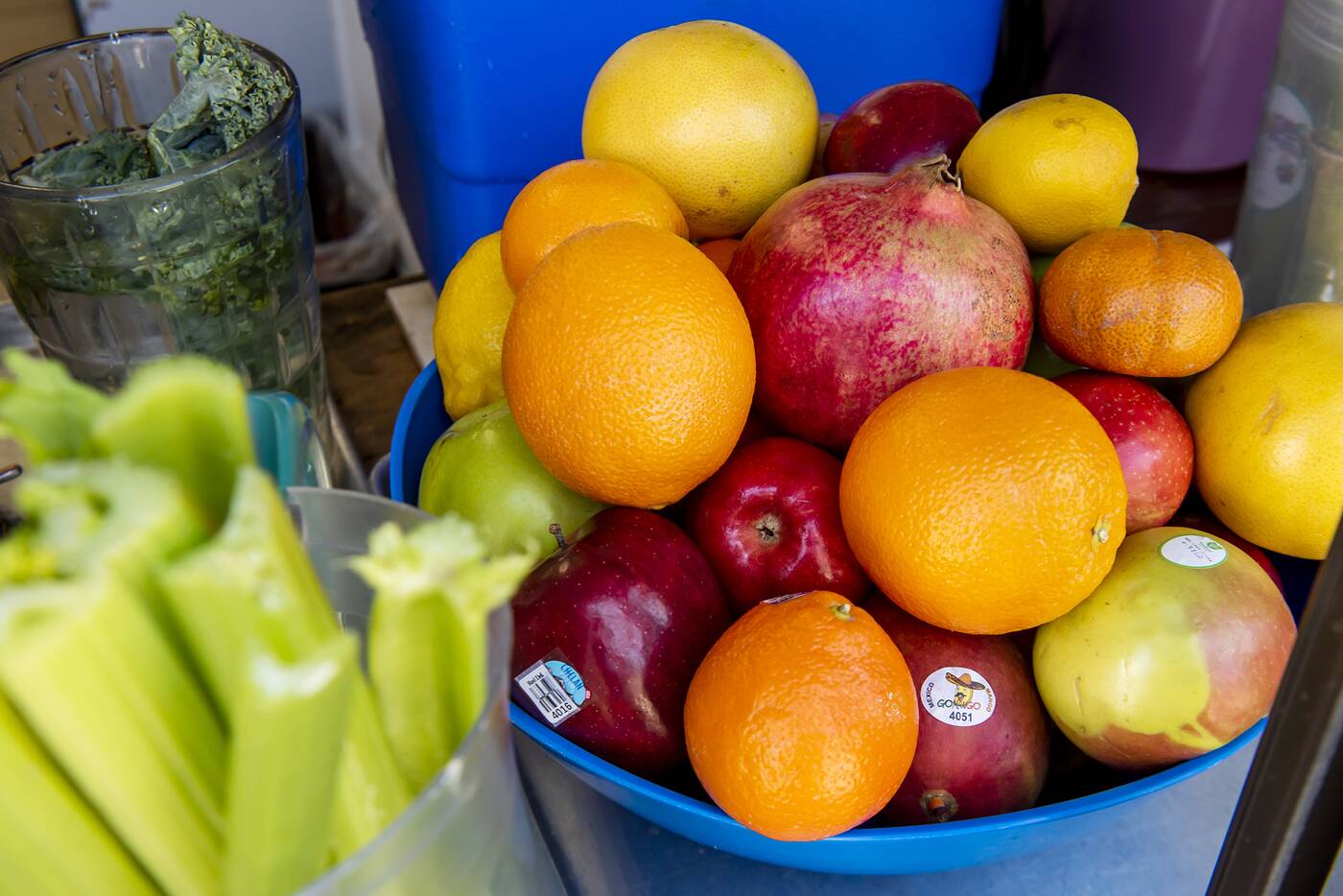 The store doesn't stock organic fruits, but it's easily one of the most affordable juiceries in the city.

Kelly says that, like so many other immigrant parents who came to Canada and worked hard for years, her mom can be averse to more change than she's been through already. Even if it's old or outdated—if it works, it works. In Bloordale, it does.

"Her resistance to grow and update is, to be honest, staying true to herself and it's worked out in an awkward way," says Kelly.

"I think it's what's charming about the space and what people in the neighbourhood like. It’s like a cosmic wink." 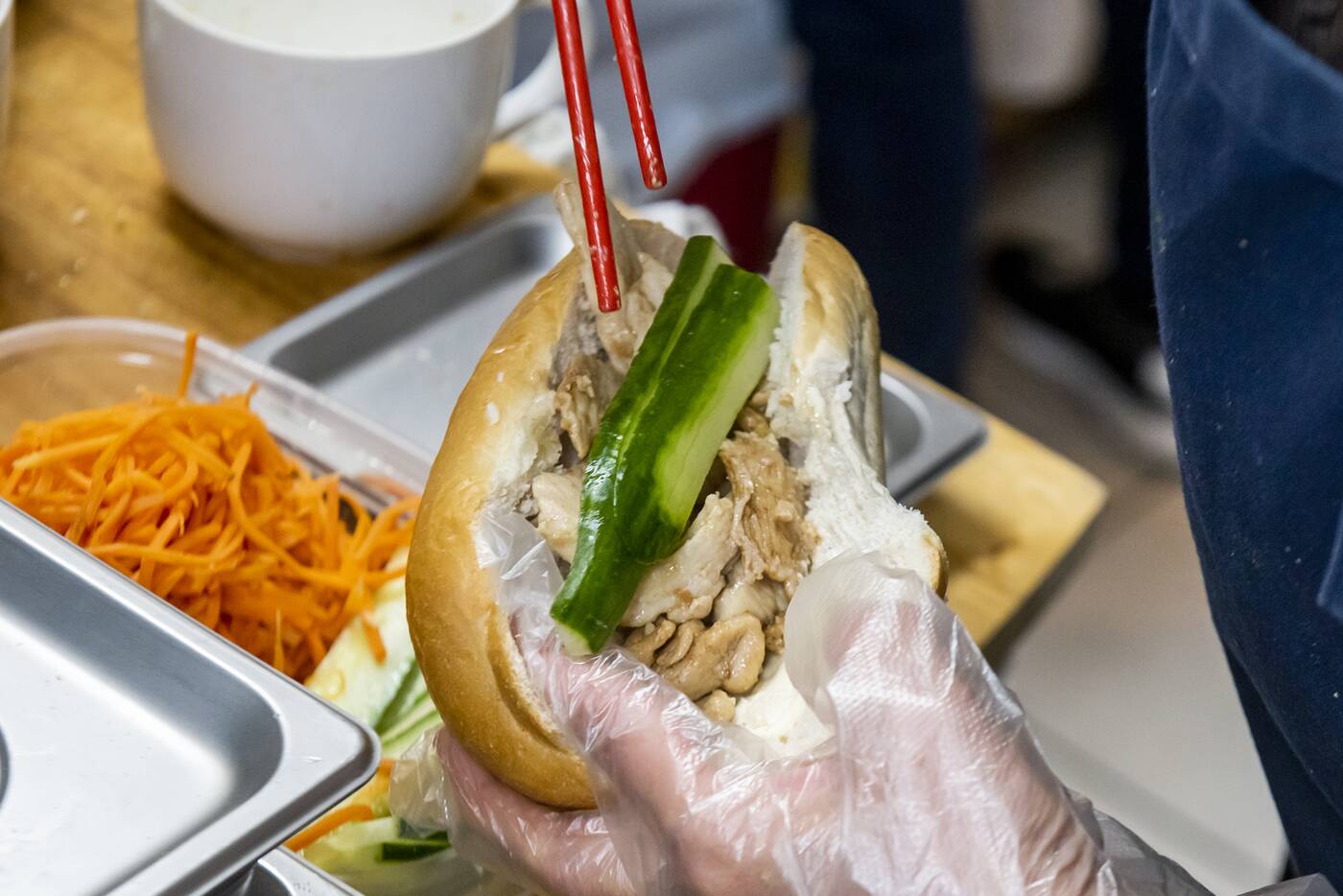 Healthy foods were a luxury growing up, says Kelly. Meals looked like frozen dinners or what the family could pick up from the food bank.

But with the kids grown—Kelly's older sisters work in law and social work—and more financial security, the family's mantra as of late has become more attuned to health as wealth.

Prices for Galaxy's massive 22 oz juices remain extremely cheap (ranging from $4 to $8). We can thank Phan for that: Kelly and her sisters have tried to convince their mom to raise the prices, to no avail. 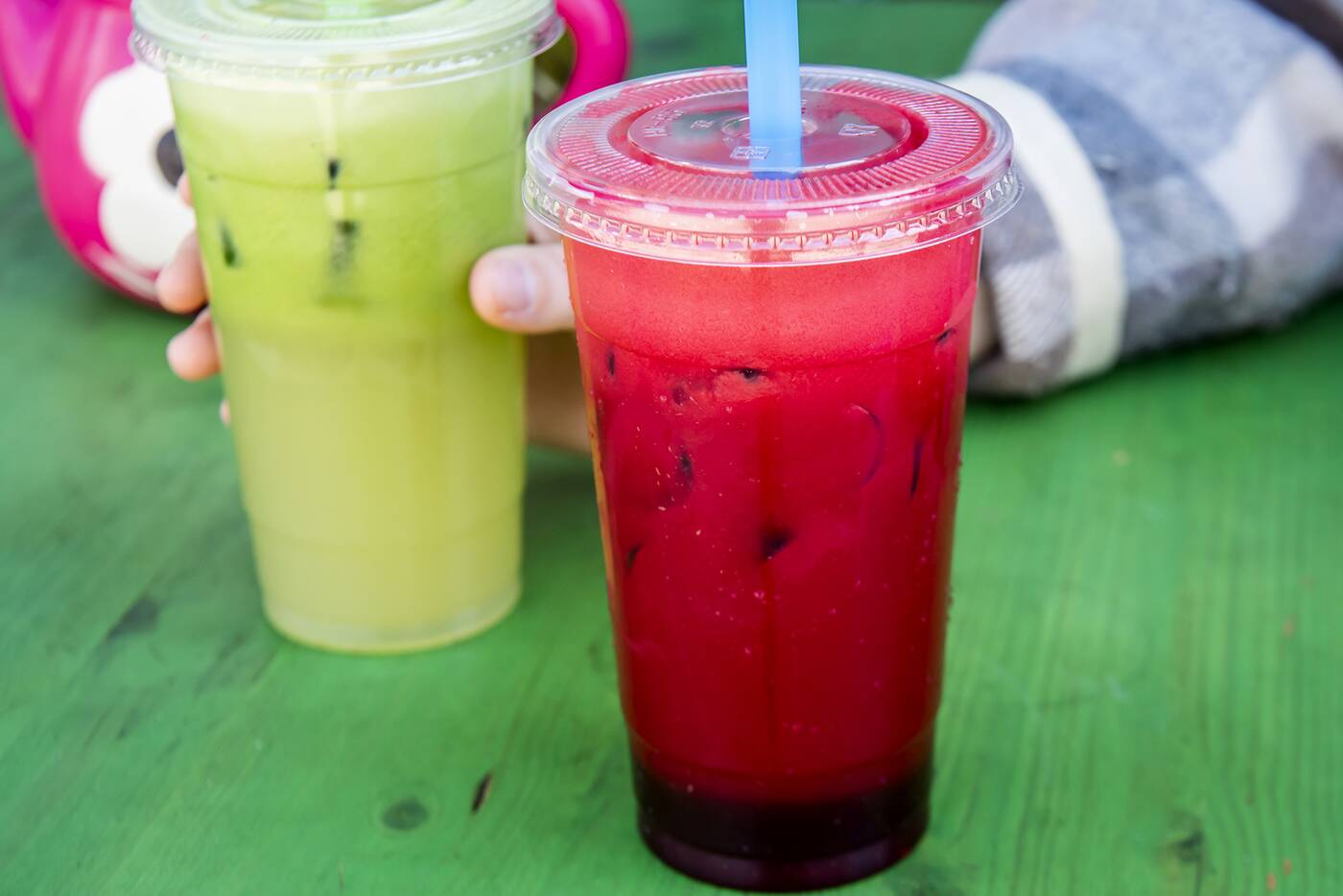 The Green Goodness juice and the House Special are the most popular orders.

Galaxy's most popular drinks are the Green Goodness (a mix of kale, apple, celery and cucumber), and the House Special, a bright blend of beets, carrot, apple, ginger and orange.

The Space Jam has some more traditional Vietnamese ingredients that, as of late, are becoming more trendy in the juice world. This drink has grass jelly, chia seeds, lyche and green tea.

Even the store's banh mis, $5, are a bit healthier than the usual sandwiches, made with leaner cuts of meats and without your usual processed cold cuts. 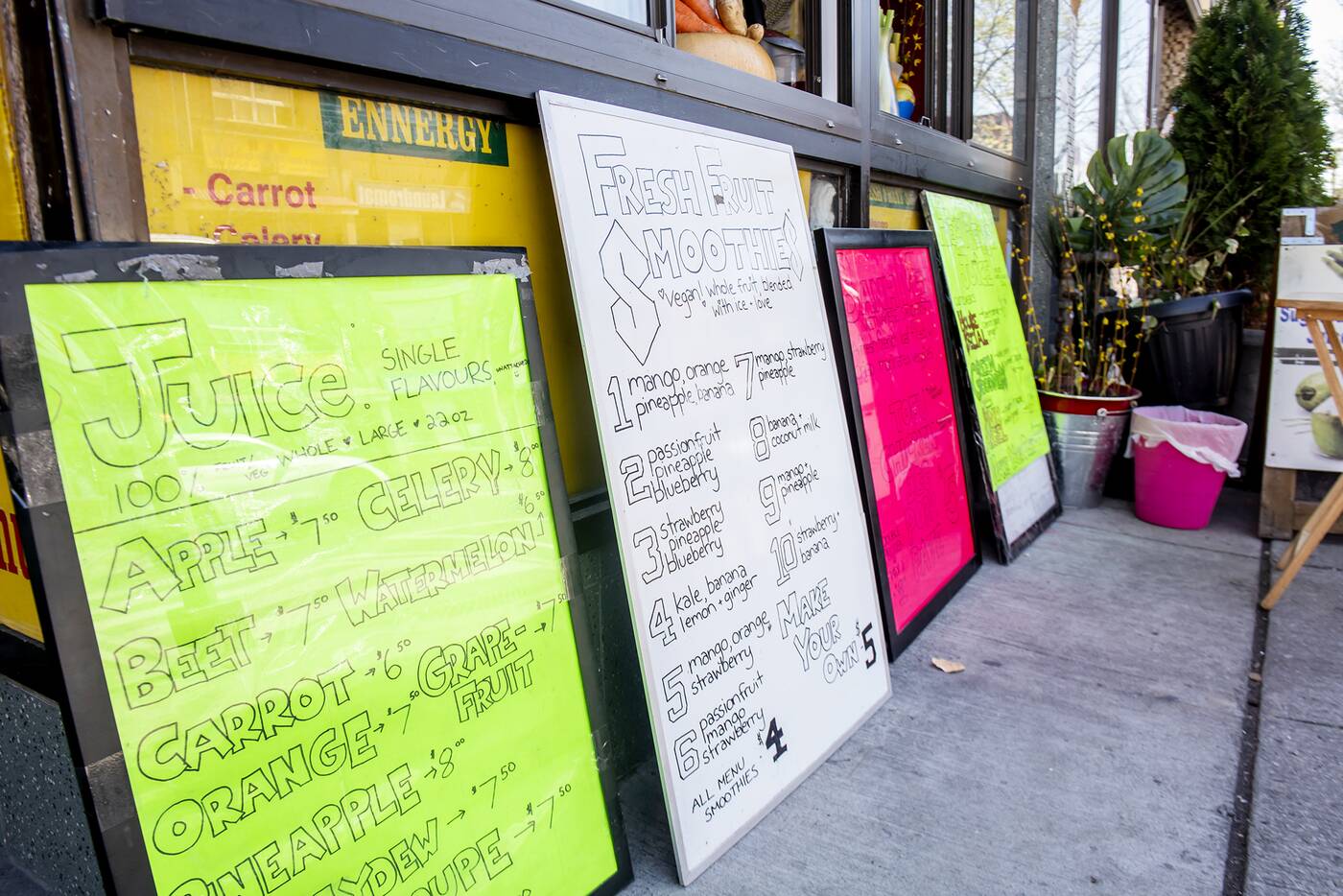 Galaxy T&T allows customers to customize their drinks however they want.

"It’s not perfect, it’s not cold-pressed, it's not organic, it’s not baked in-store. But at the end of the day, it is affordable for all these people. It’s more accessible.... And once you start coming, you start feeling better."