One of Oakville's oldest cafes is permanently closing this week

An Oakville cafe is permanently closing this week after being open for over 25 years.

Bean There is a relatively simple cafe selling coffee, tea, baked goods and wraps, but it's been run by owner Brett Titus for its entire tenure, and he's become a figure in the community.

Now in his 50s, Titus earned the nickname "Mr. Bean," often worked six days a week and has nurtured a hobby of running marathons during his career as a cafe owner. 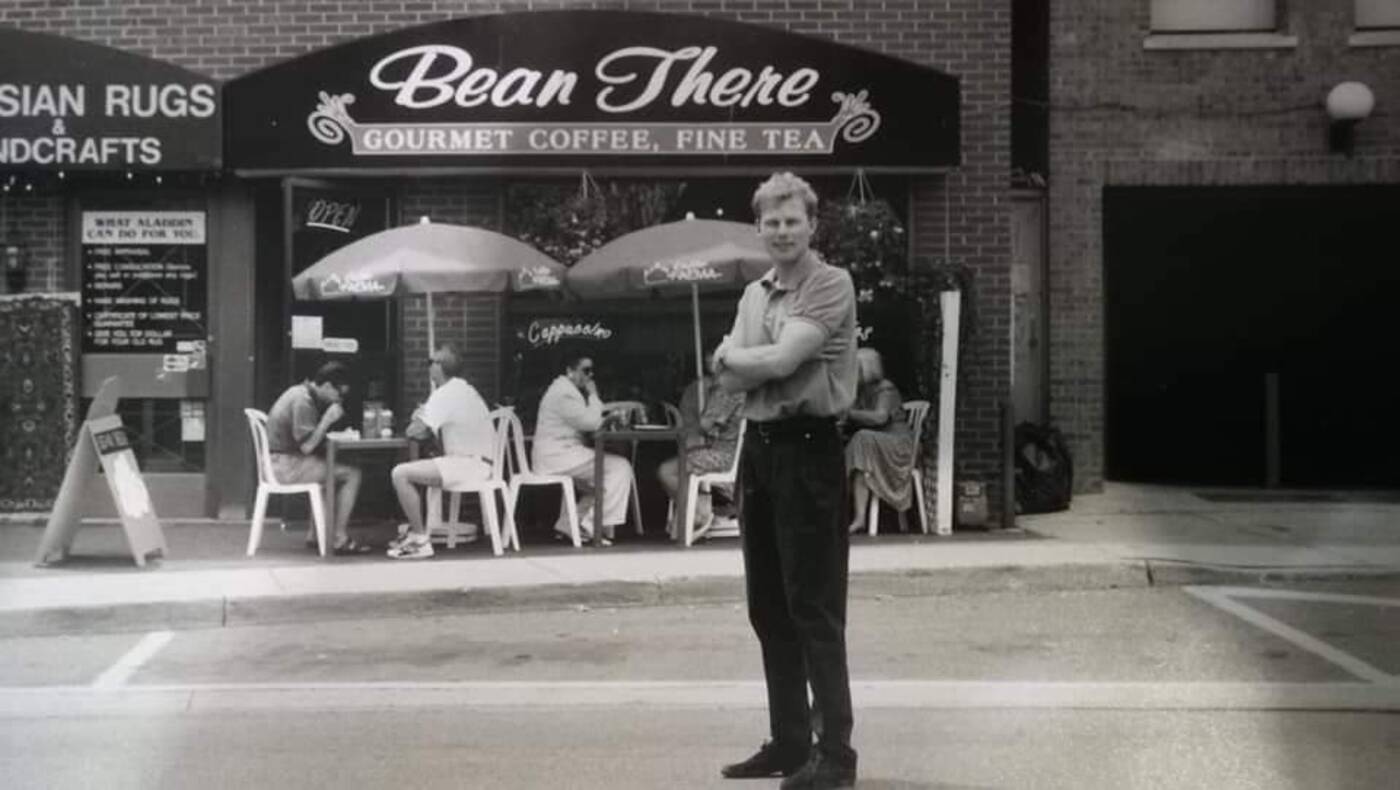 Titus standing outside Bean There the first summer it was open in 1995. Photo courtesy of Brett Titus.

Despite opening on Friday the 13th of January in 1995, the cafe has had a lucky long run.

"Closing has certainly been instigated by COVID but in the end I found out in the last three weeks someone had made an offer on leasing the space," Titus tells blogTO.

He has been leasing the cafe on a month-to-month basis for the past year but didn't feel like he could commit to a new lease while still in lockdown, not knowing if rent subsidies would be renewed through a potential fourth wave.

"I'm on the hook personally for this place so I just couldn't risk it," he says.

He will still need to work for the time being but plans to base his work around having a little more free time. He says he's excited about the prospect of having less responsibility, and is looking forward to spending more time with his wife.

He thinks a franchise of some sort may be moving into the space, but isn't sure.

The last day for Bean There will be May 27.