For restaurant owners, the past year has been all about getting creative. At Bobby's Hideaway, it was their clever customers who decided to begin setting up their own table and chairs in the parking lot outside the restaurant that inspired a brand new dining option.

The homestyle family restaurant, with locations in Streetsville and Port Credit, has begun offering tailgating as an option outside each of their restaurants.

"We had customers show up a couple weeks ago and they brought their own stuff. We have an independent parking lot so we thought why not and decided to promote it," Robert Turpin, Co-owner of Bobby's Hideaway told blogTO.

Customers brought their own chairs and even tables to enjoy their meal in the sunlight while staying socially distant. The Bobby's Hideaway staff delivered the food car side in a way that was reminiscent of 70's diners or old A&W restaurants. 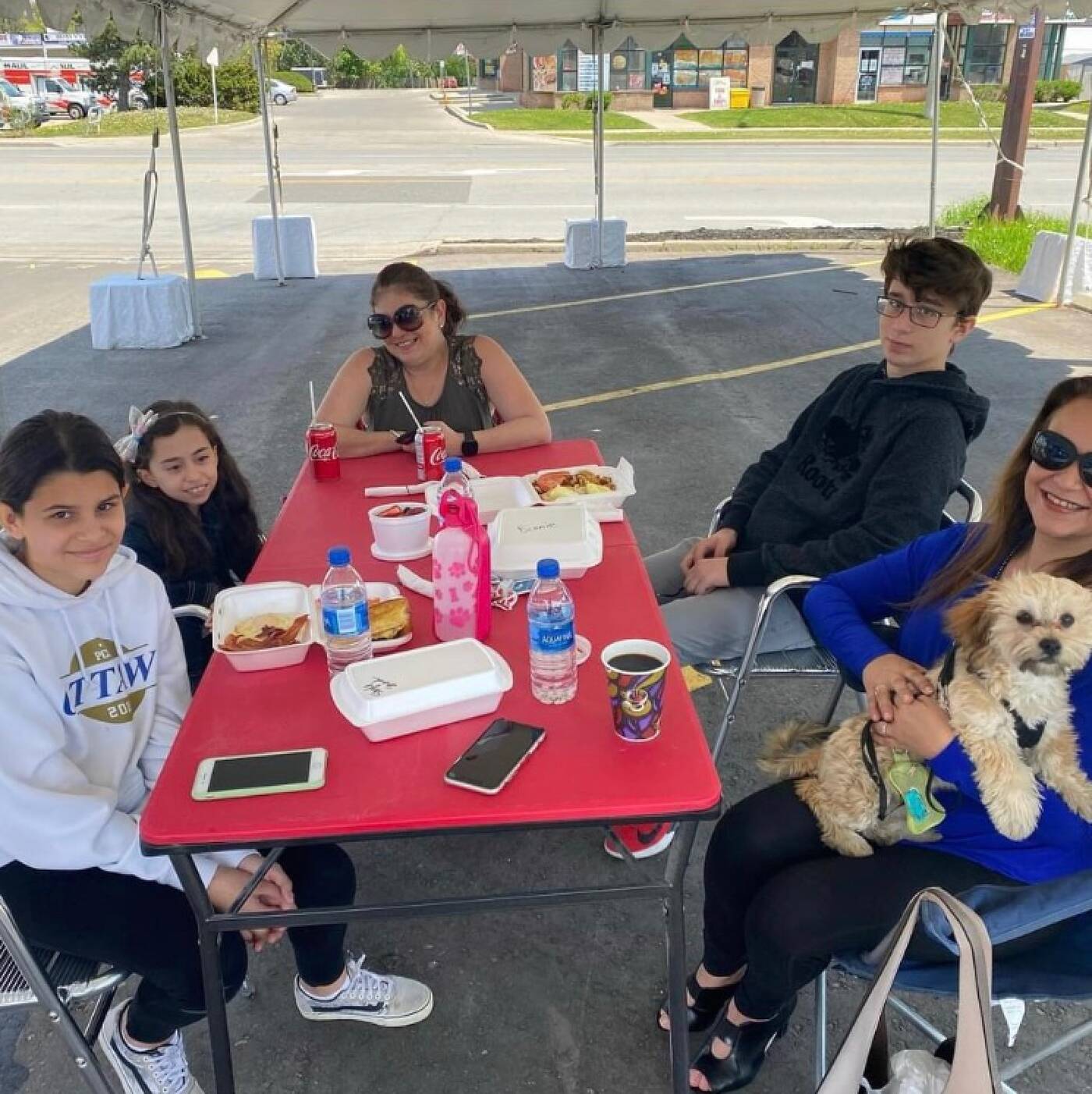 The promotion wasn't without backlash though as many people heard the term 'tailgating' and immediately pictures a Buffalo Bills esque party filled with hundreds of people drinking, dancing and smashing through tables.

With the restaurant having been a Mississauga icon for 25 years, and the Port Credit location quickly gaining popularity since opening four years ago, the customers were happy to do anything they could to support one of their favourite spots for good food.

With the province still in lockdown for a little while longer, it could still be some time until indoor dining is again deemed safe.

Until then, creativity reigns supreme as locals look to support the restaurants that have held through the past year.