Peanut butter and jelly ice cream sandwiches are now available in Toronto thanks to a low-key company run by a local woman hit hard by the pandemic. 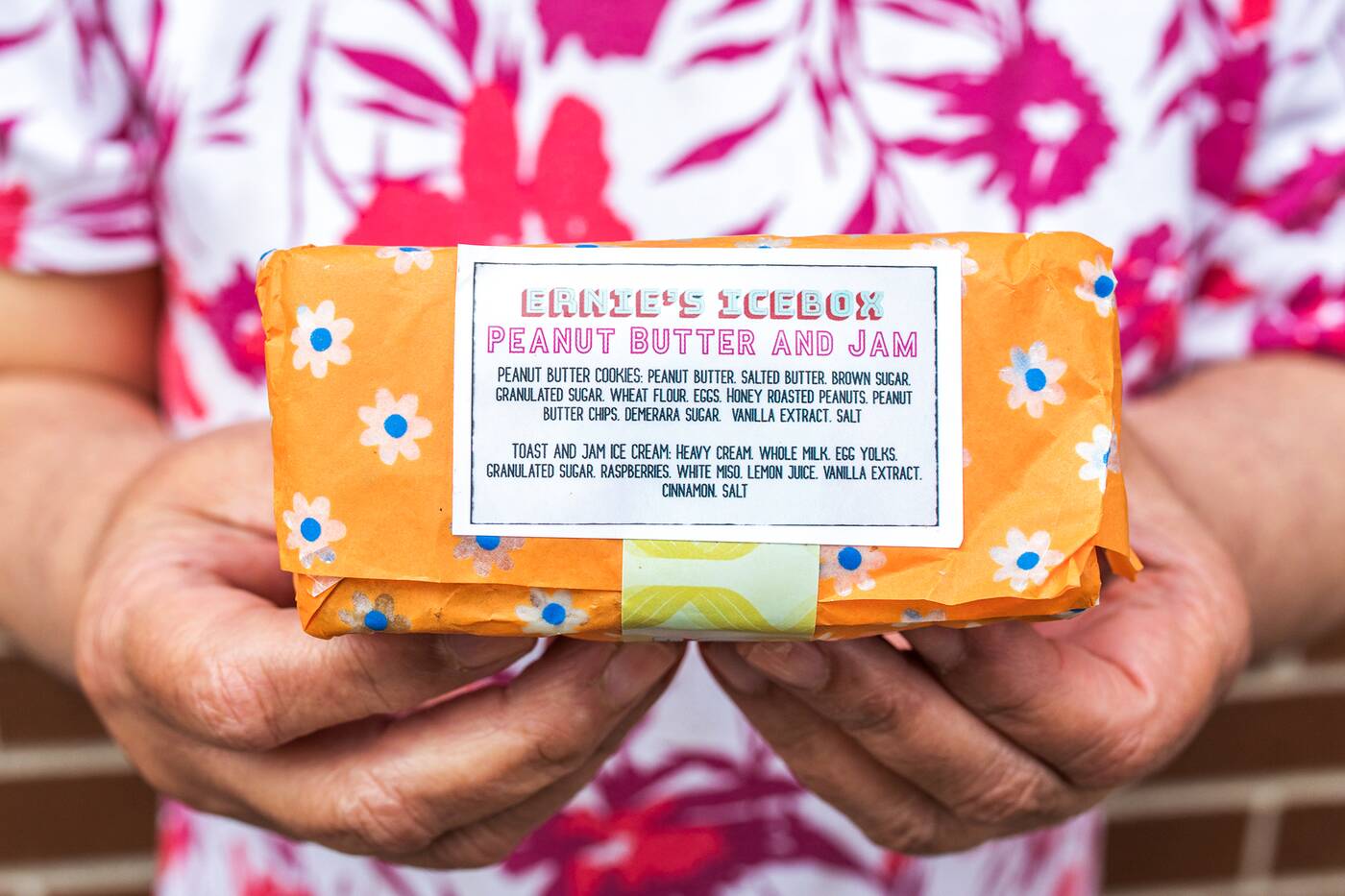 They're scratch made, "with no weird fake stuff, in flavours that will speak to you on a primal level" according to the Ernie's Instagram. 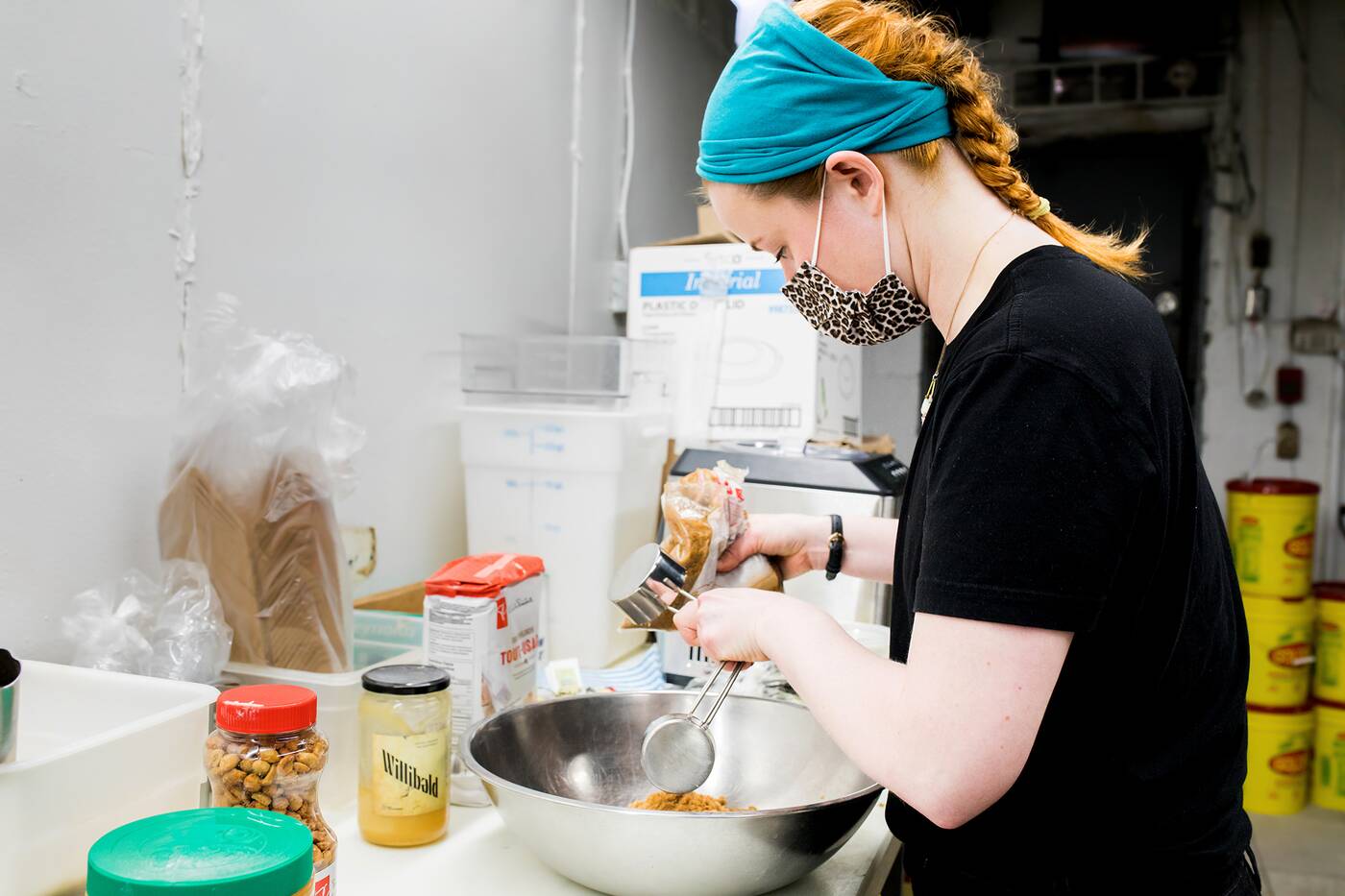 Prior to the pandemic, Haist had been working at Skyline diner for three years, as a historical food tour guide through Chinatown and Kensington Market for about a year, and as a performer, writer and producer in theatre and sketch comedy for about 12 years. 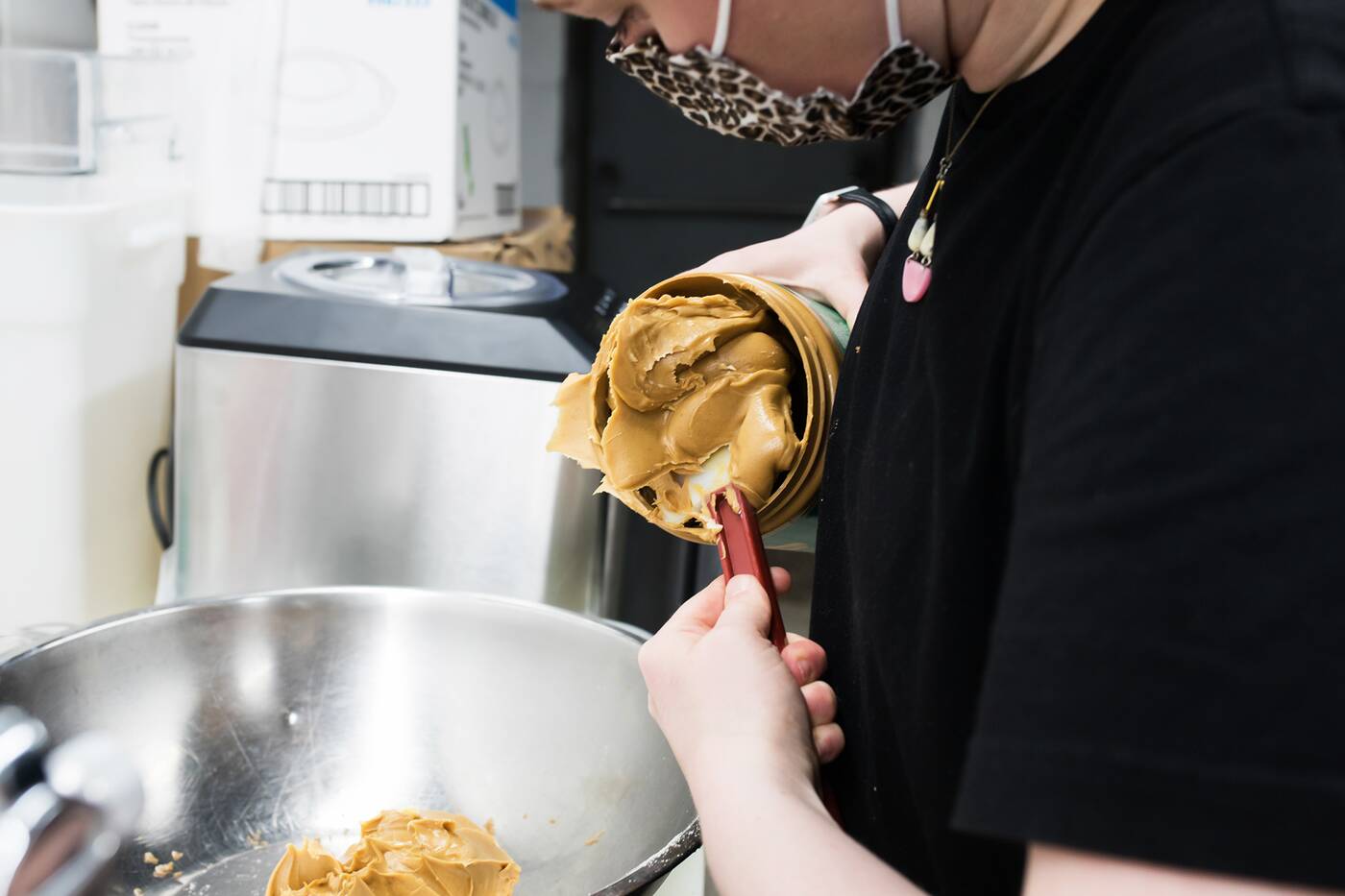 She was laid off from both her regular jobs at the beginning of the pandemic around March. 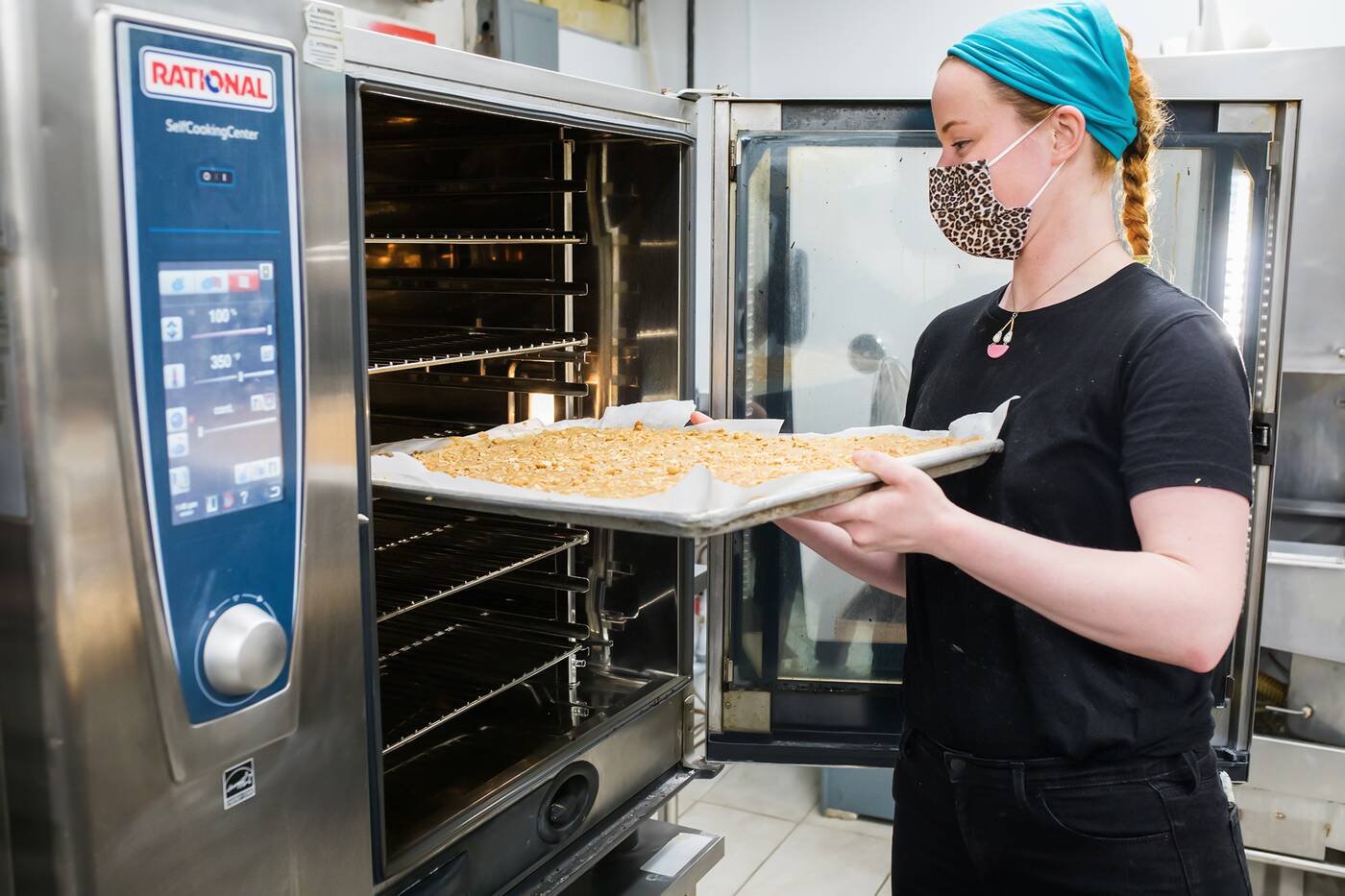 As for her live performance, Haist tells blogTO "obviously that went out the window." 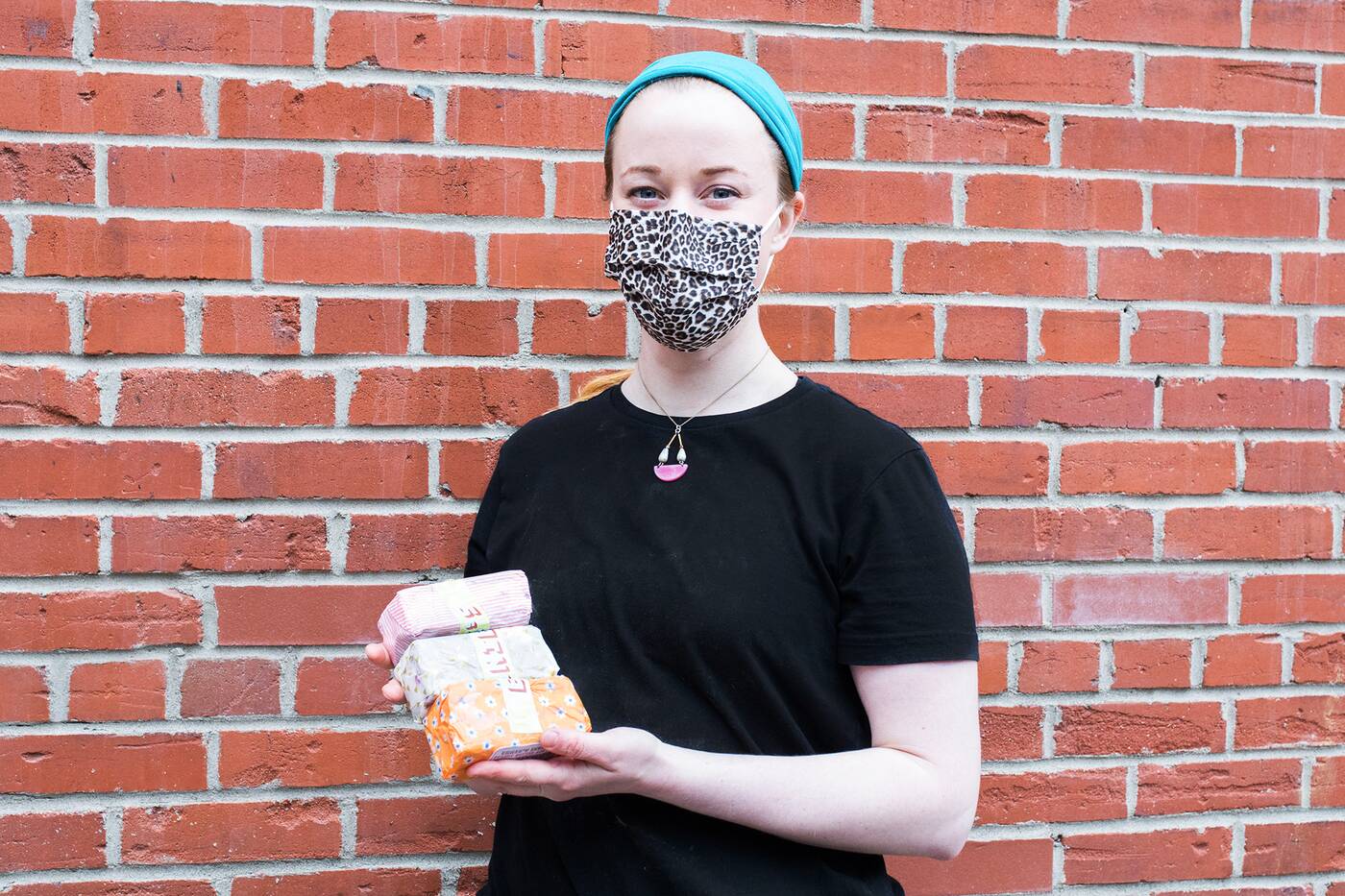 "I had the idea for Ernie's in the fall when I was feeling a lack of agency in my life," Haist tells blogTO.

"One day, I started thinking about this kind of ice cream sandwich I really wanted to eat, the size, shape, texture, and started with a few funky flavour ideas, which just kept coming and coming." 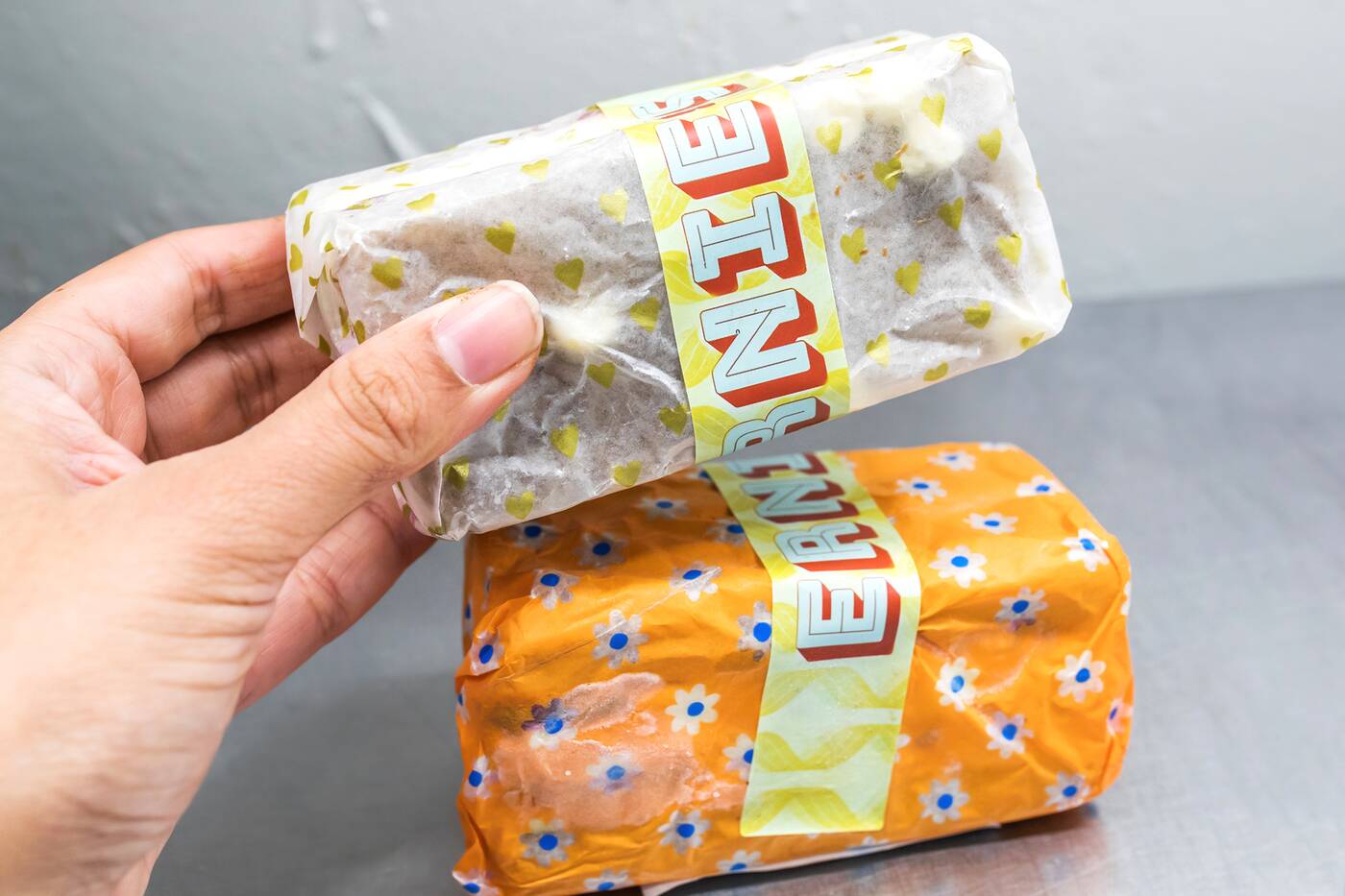 She started experimenting with recipes around the holidays, making a ton of ice cream sandwiches and giving them away as gifts. 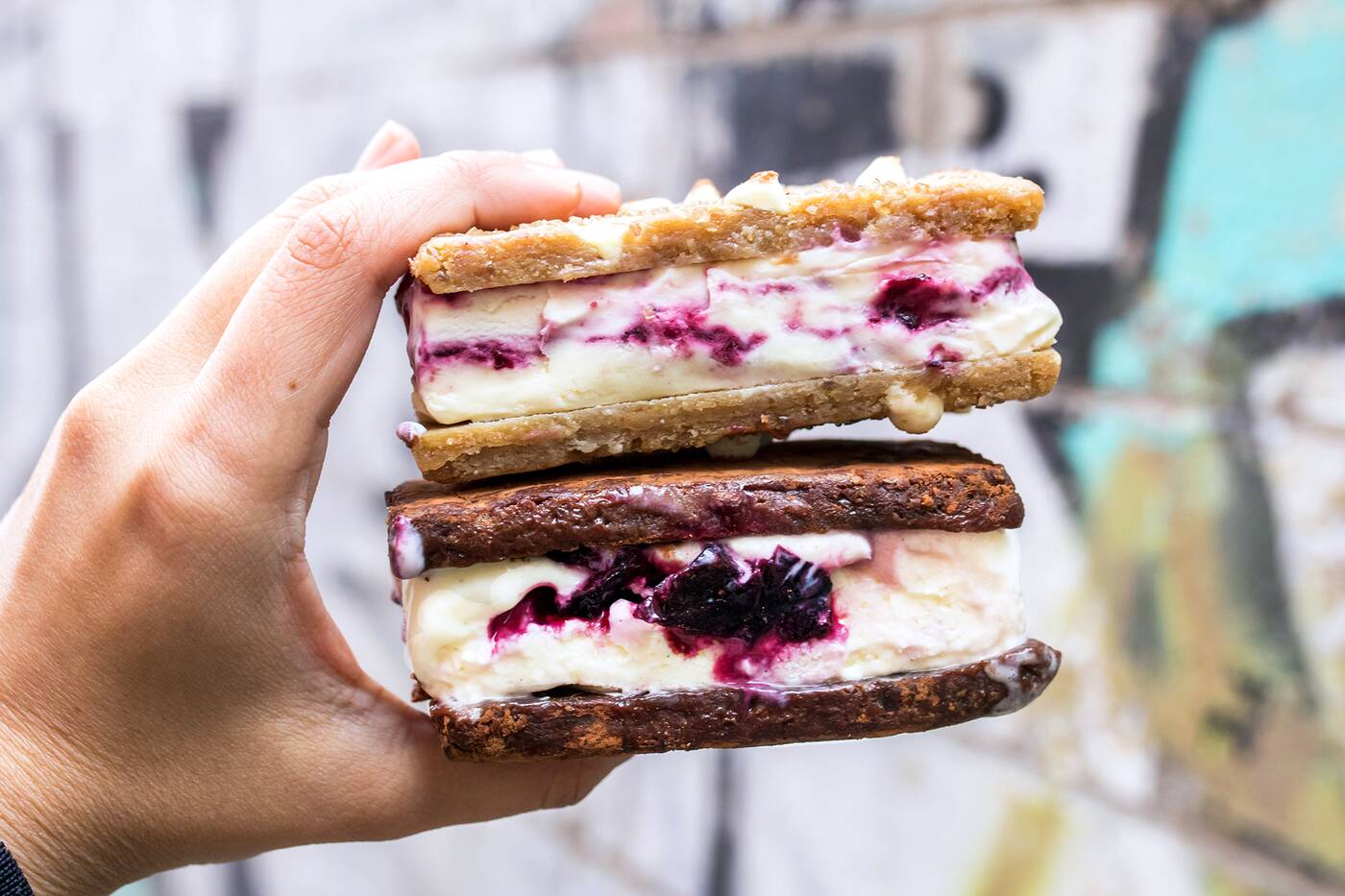 "I made an Instagram for them, and thought maybe if I could get a few followers and get the word out, I might be able to do it as a side hustle with an order or two per week, and way down the road I could supply to a few coffee shops or something, like next year," says Haist.

"That's basically what's happening, except it all happened in about two months and I'm just trying to keep up." 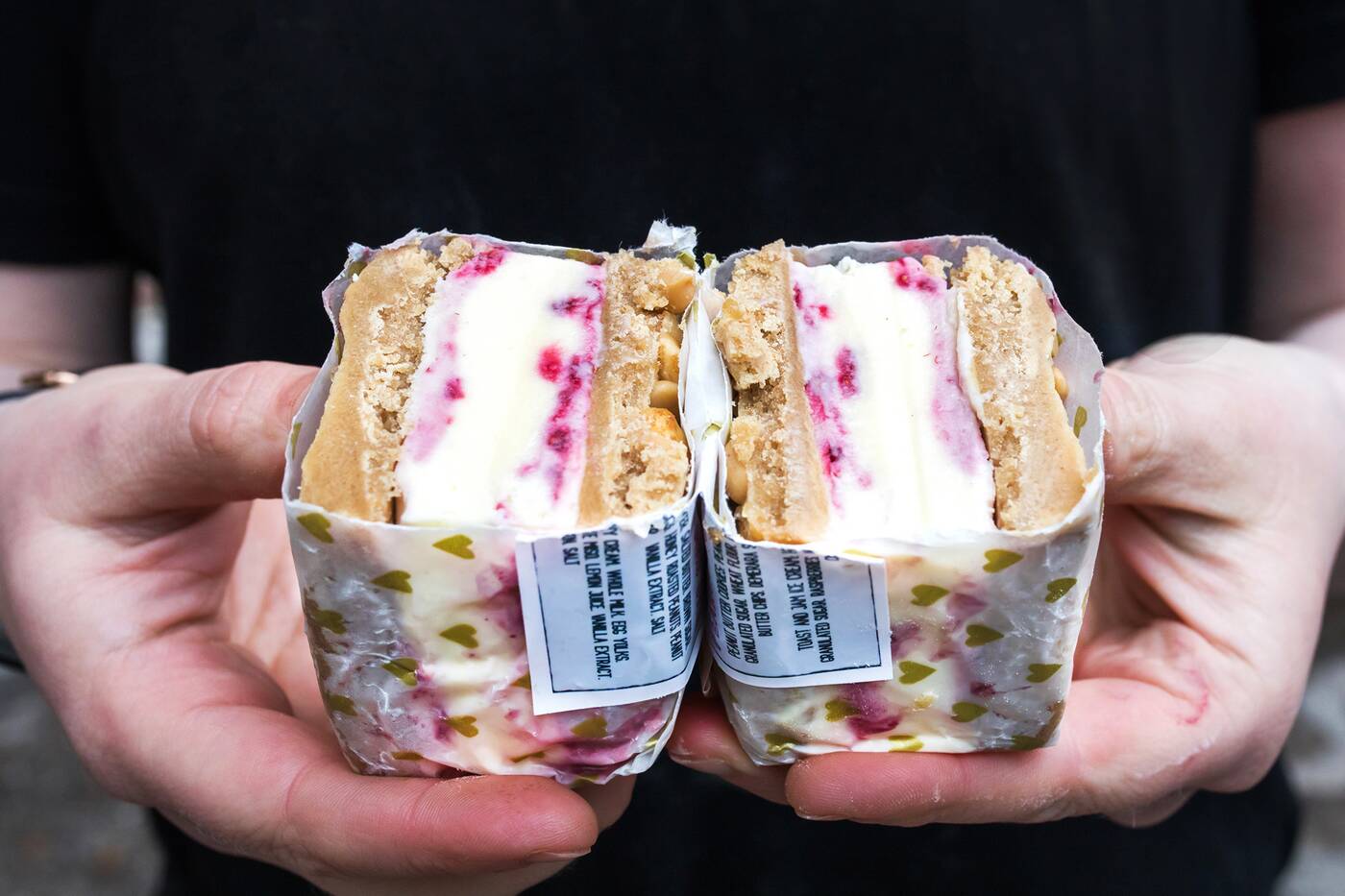 She now sells out regularly, and has been trying to build up a backstock but so far has just barely been able to keep up with demand. 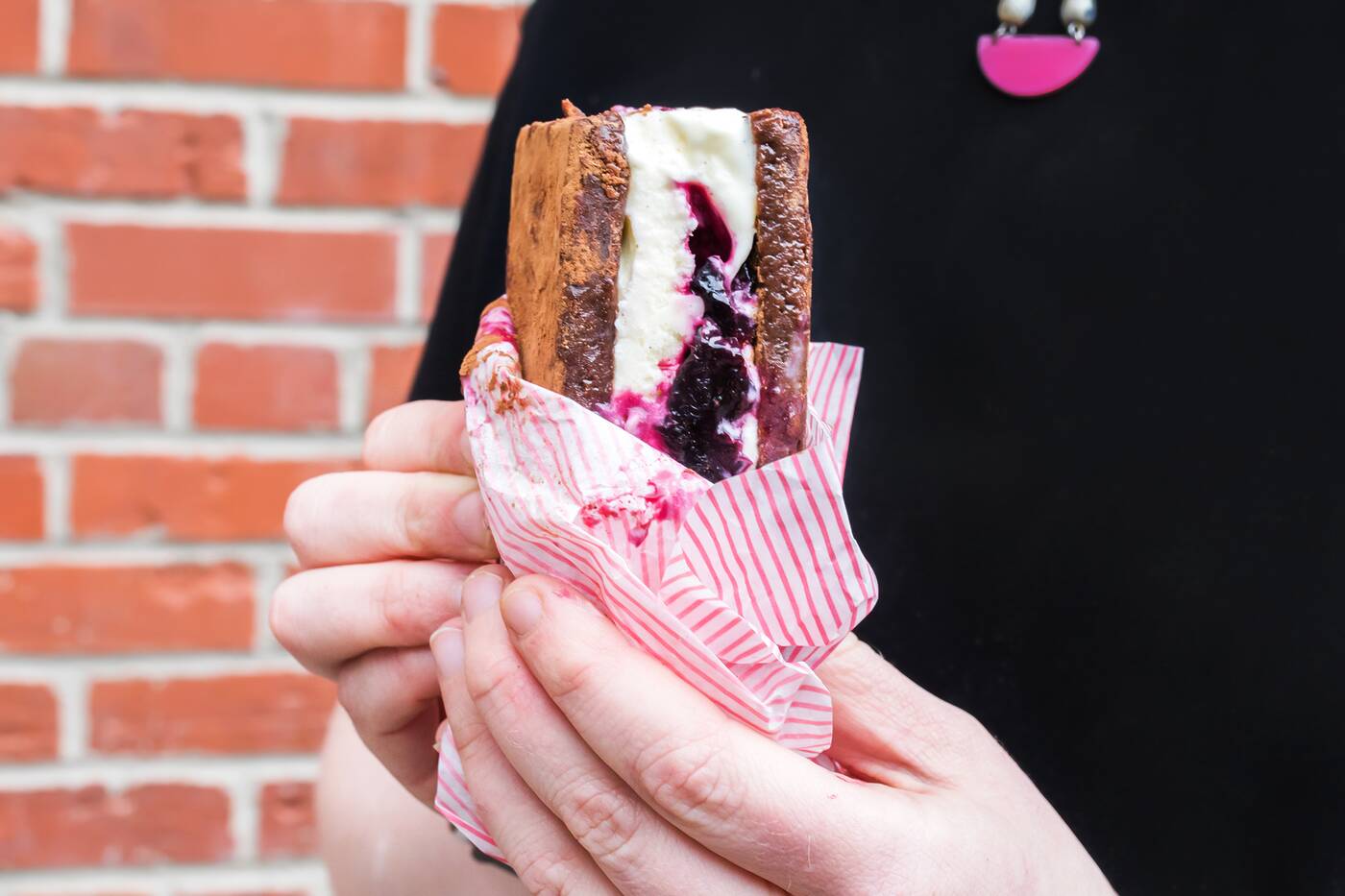 "It was such a great creative vessel for me, thinking about things I hadn't seen before in ice cream sammies, fun combos of cookie and ice cream and mix-ins, etc.," Haist says.

"I've been obsessed with food my whole life and worked in restaurants and bakeries throughout my adulthood, and I've always loved being creative with food." 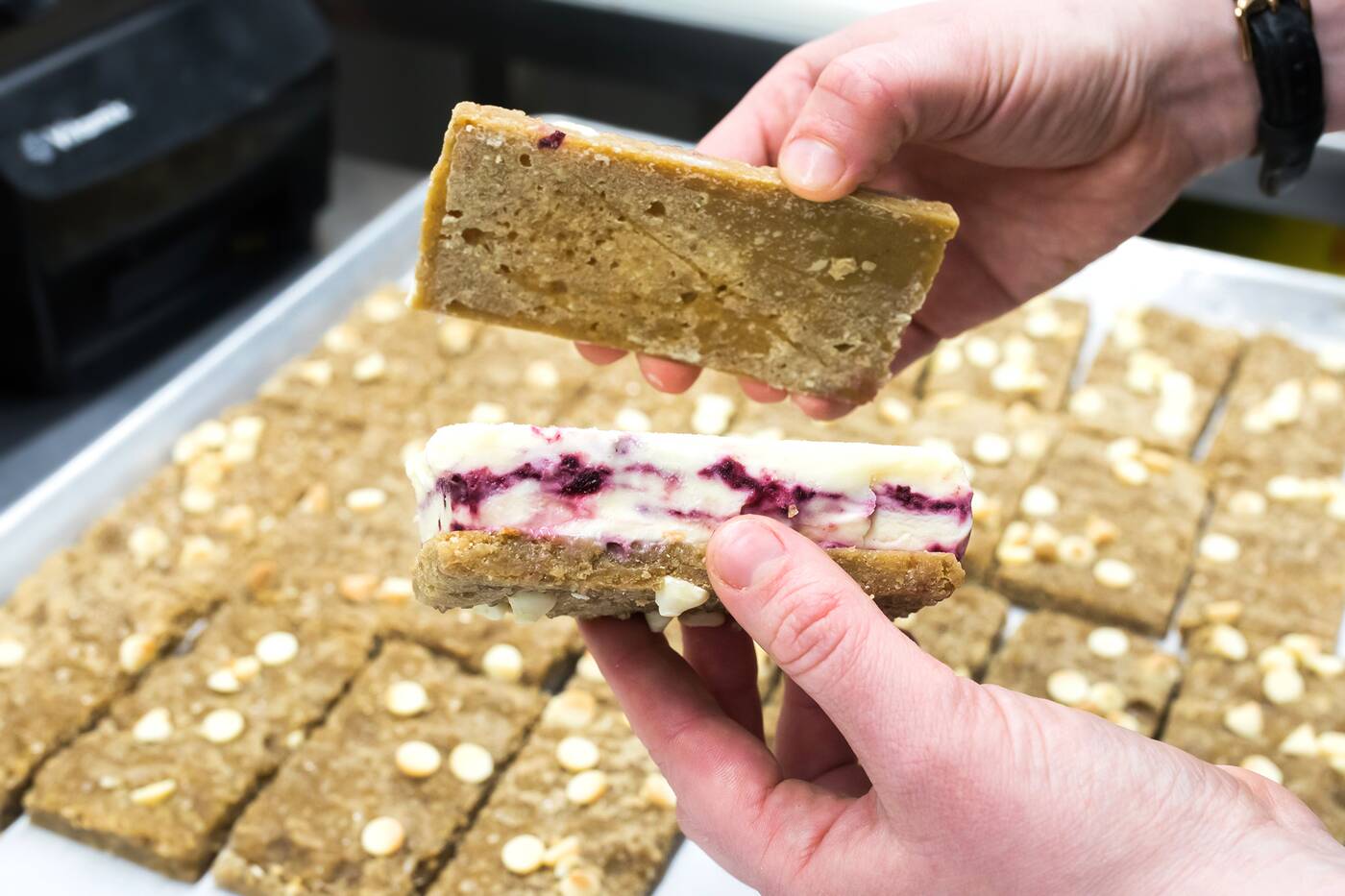 The ice cream sandwiches are actually made with what are more brownies or blondies than cookies so they stay chewy on the outside when frozen, and they're filled with a French custard-style ice cream. 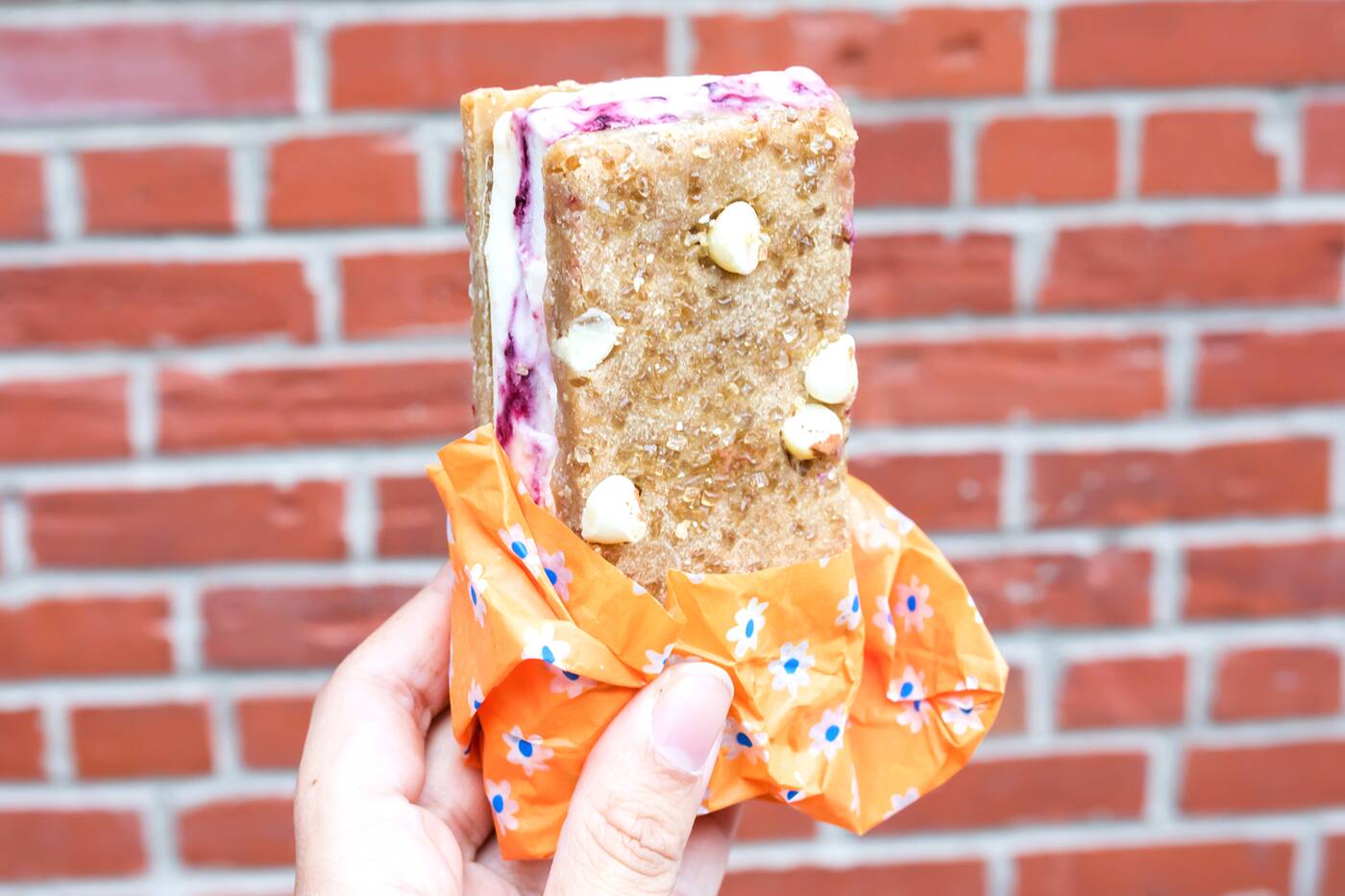 "I could write an essay on my beliefs on the perfect ice cream sandwich composition," says Haist. 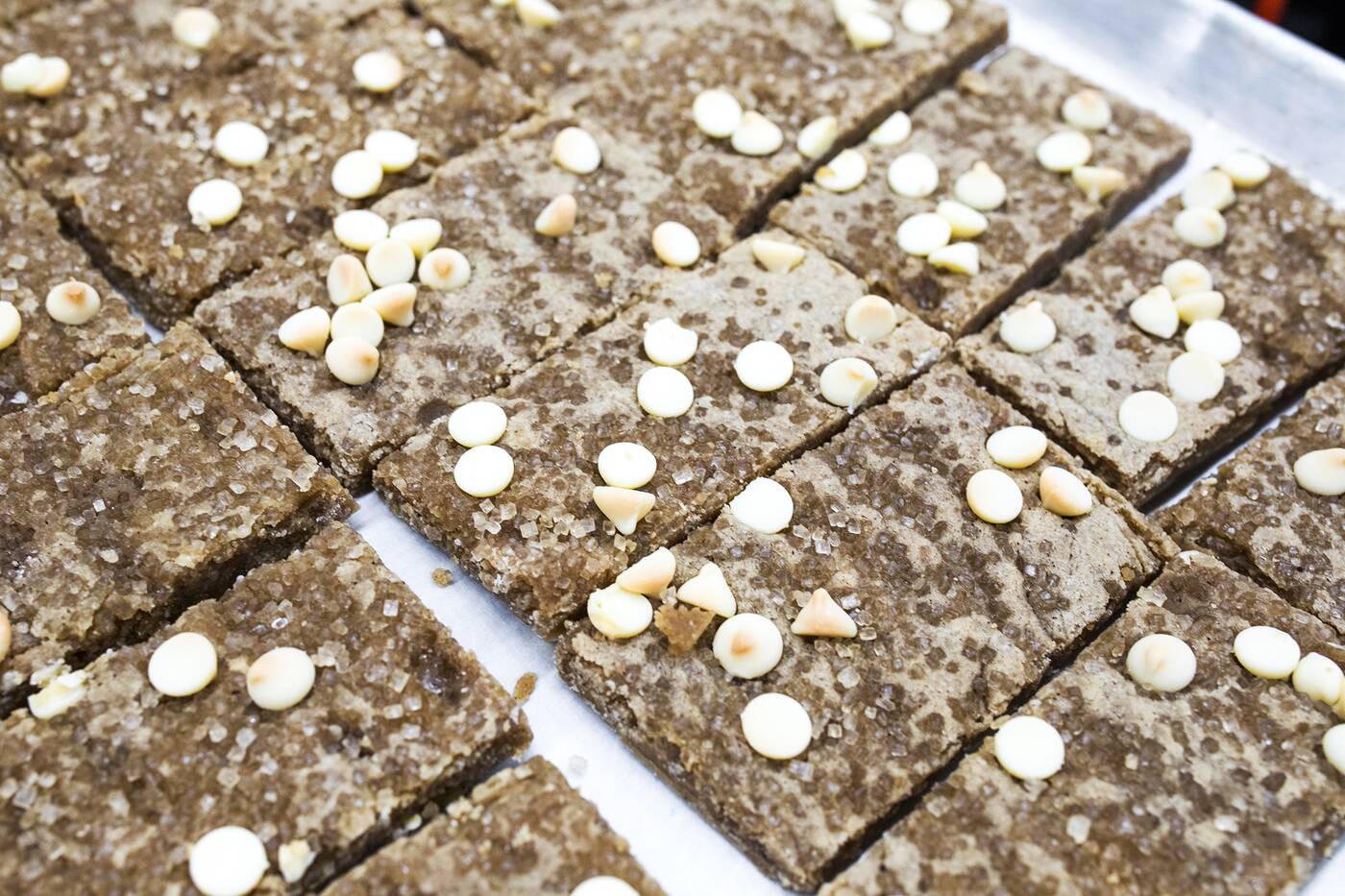 The business is named for her great great uncle Ernie who she describes as "a stylish, gregarious bachelor with a lucky winning streak at the racing track," wanting her frozen treats to feel like the treasure you'd find in the icebox at a beloved relative's house. 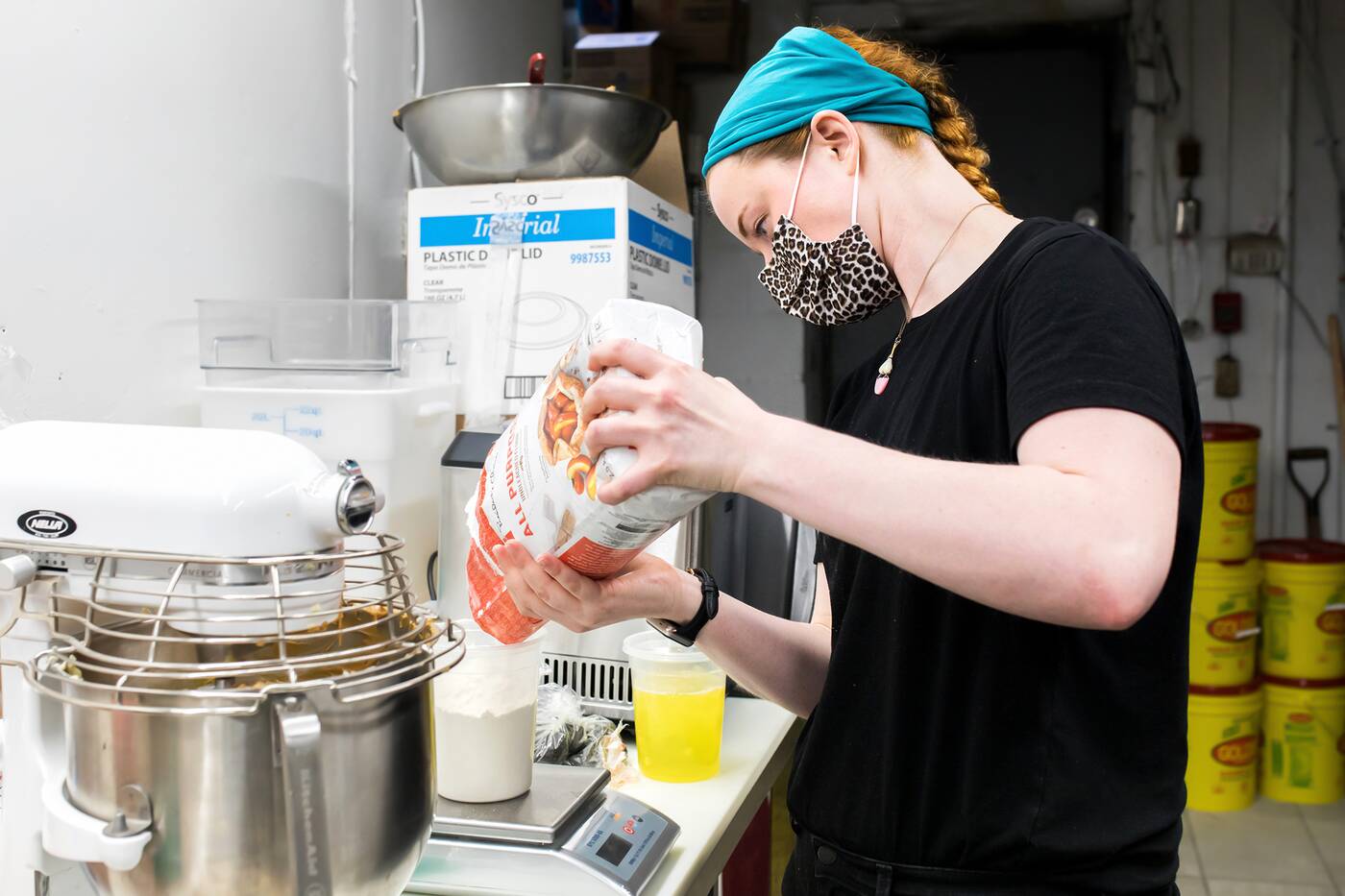 She's hoping to have her own kitchen and maybe even a dedicated storefront one day, but for now is mainly focusing on coming up with innovative new flavours. 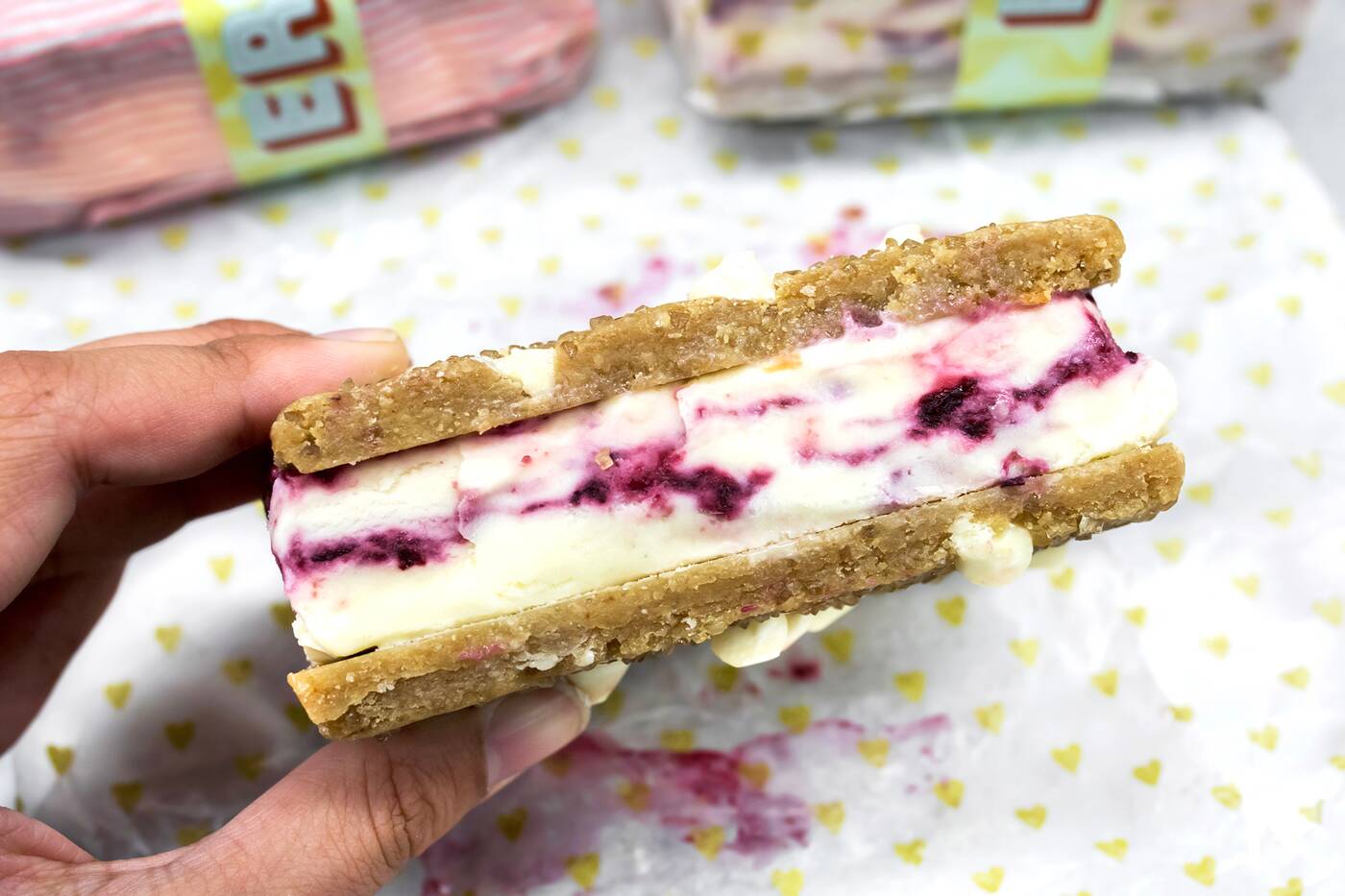 "A little spot where people can grab sammies on their way to the park or the beach would be a dream," says Haist.