They say there's no such thing as bad press, so at least one Toronto restaurant is taking that phrasing to heart.

Smoke n' Roti is a popular Caribbean restaurant near Keele and Sheppard that at least one woman absolutely despised.

"Gross! The worst tasting doubles i ever ate, no flavour at all," wrote Tammy G via Google reviews before continuing on about the lack of flavour across her meal. Rather than hide the post or try to cover it up, Smoke n' Roti decided to embrace the content and share it via their Instagram. 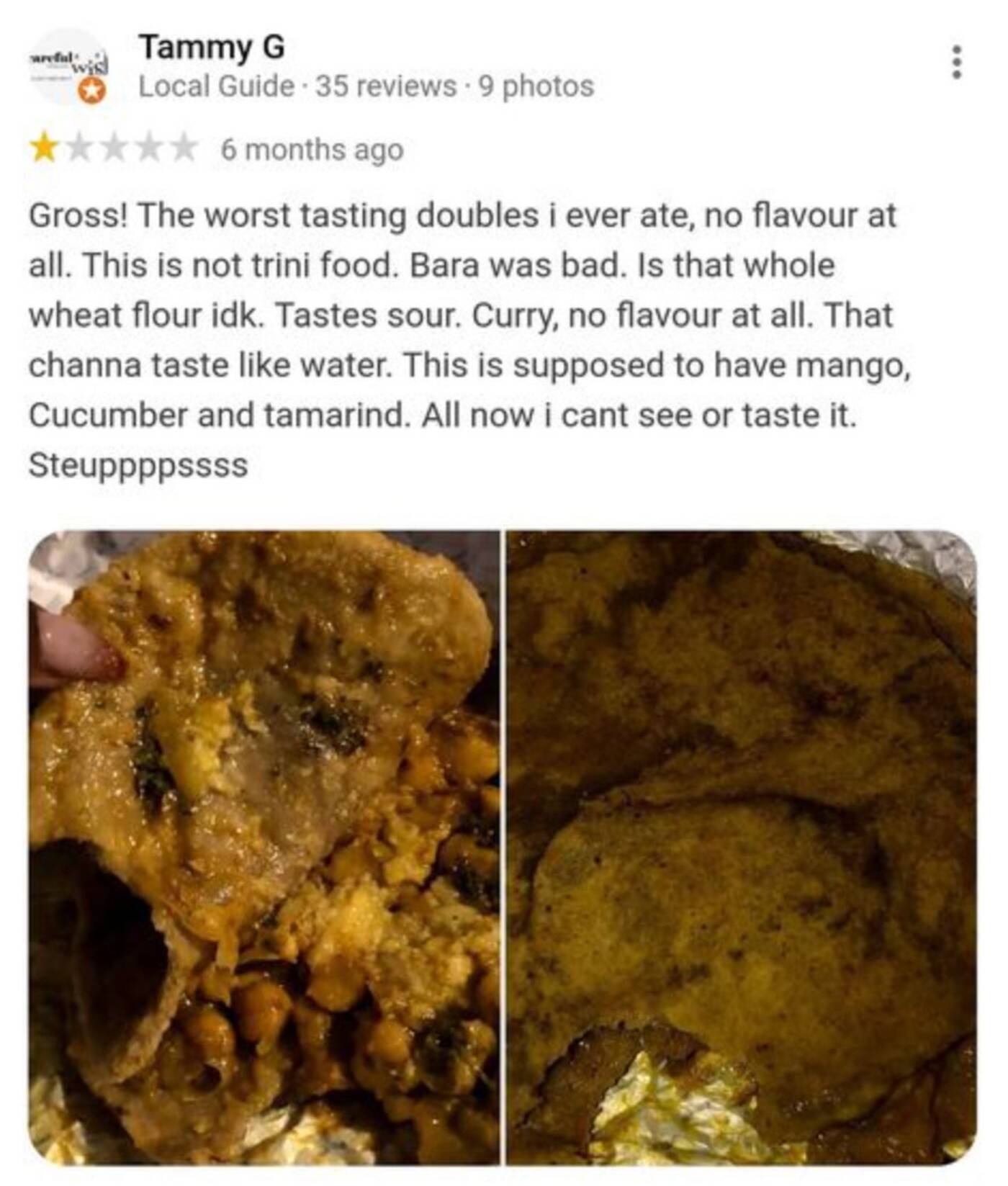 A screenshot of the review Smoke n' Roti posted to their Instagram that has since been deleted.

"COME IN TRY THE WORST DOUBLES ONE WOMAN ON GOOGLE HAD IN HER LIFE," they wrote via Instagram while sharing photos of the displeased woman's review.

While it remains to be seen whether this tactics ultimately helps or harms the restaurant, there's no denying that it at least got a few laughs and earned them some good favour.

One person's trash is another person's treasure and hopefully Toronto residents who find themselves craving some Caribbean cuisine along Keele can find beauty where Tammy G could not.