An online Toronto ice cream brand opened its own storefront and can still barely keep up with demand even though they've increased production.

Ruru Baked is only selling their coveted pints through their new storefront now, and has had to limit them to two per customer so everyone has a fair chance of getting one. 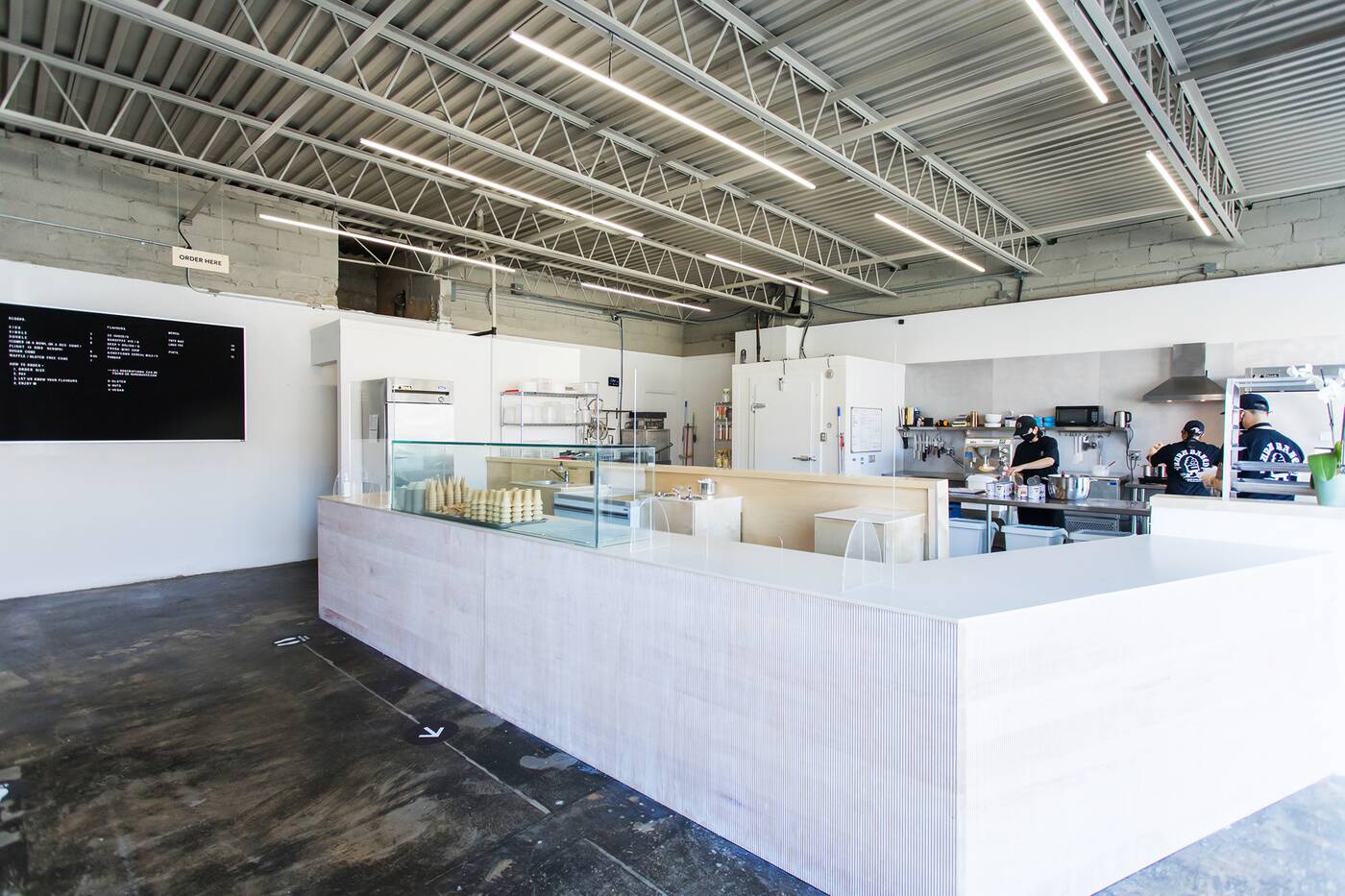 "We want to make sure we give as many people as possible a chance to get one," Ruru Baked owner Luanne Ronquillo tells blogTO. "We've yet to sell out of all of our scoops, but usually one of our popular flavours like banoffee pie or Viet coffee will sell out." 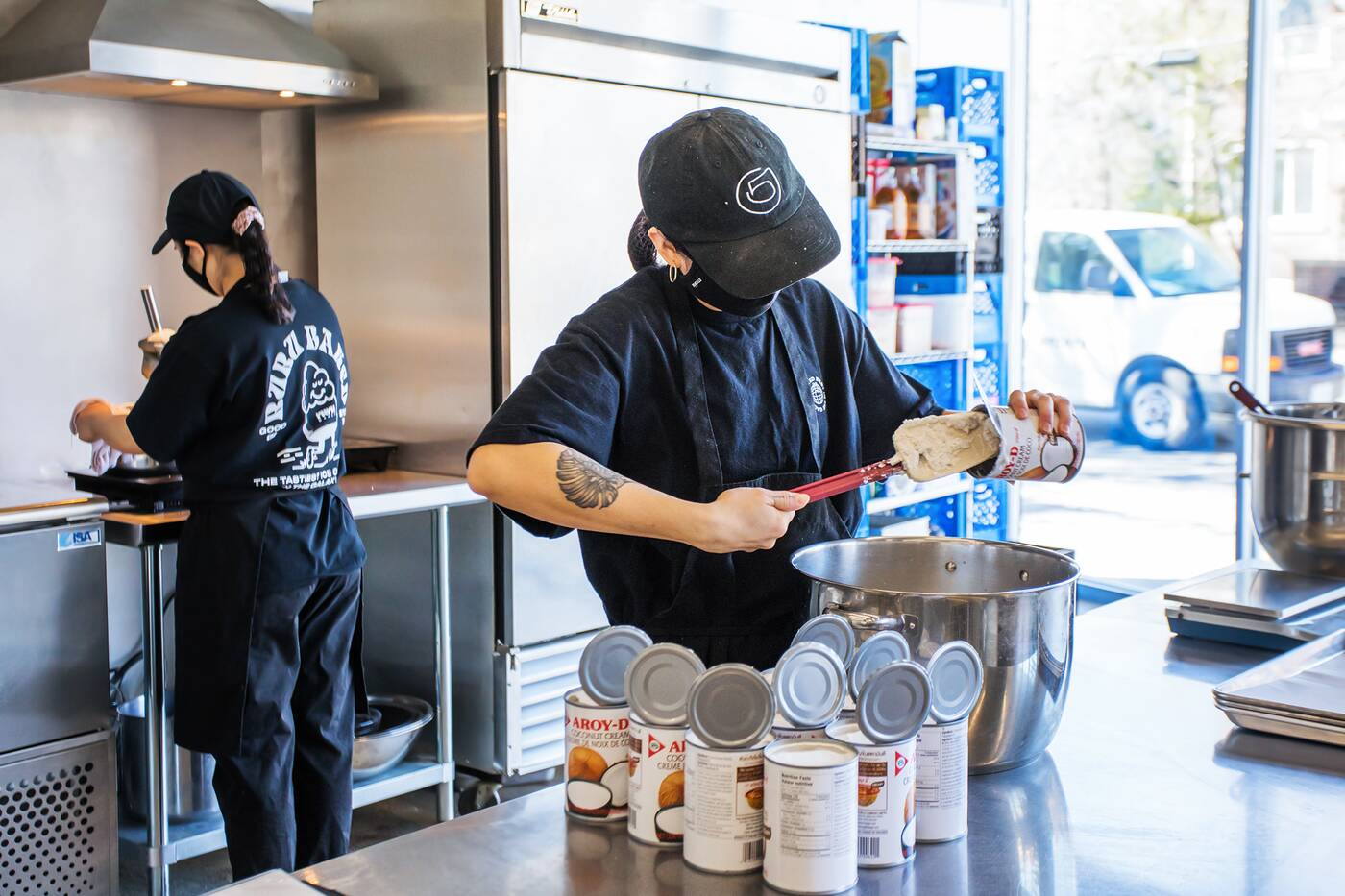 These flavours are part of what drew people in to feverishly snap up Ruru pint drops back when they were originally only available to a devoted online following. 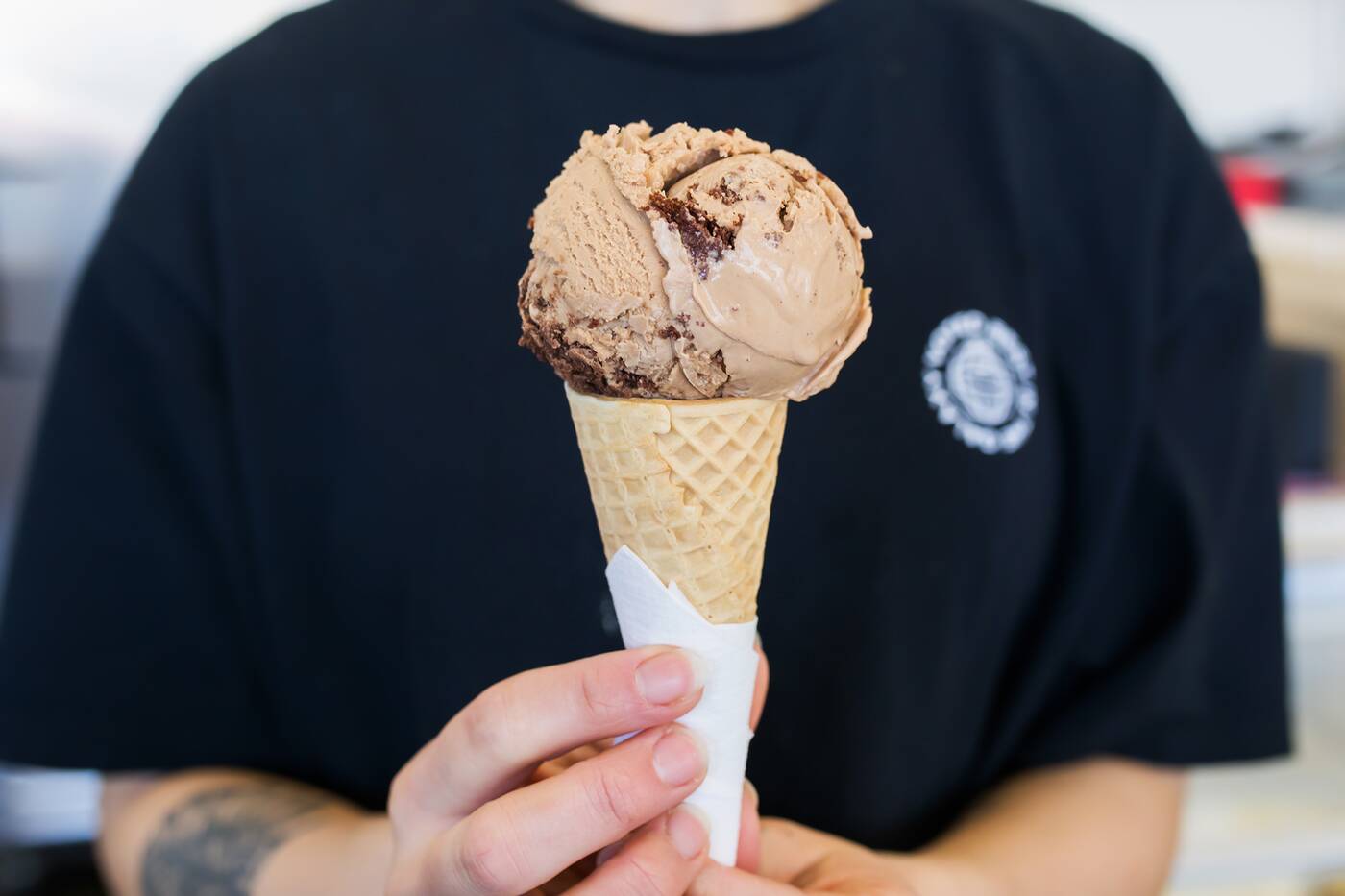 They've now stopped the online pint drops for pickup and are only selling pints and scoops at the storefront. 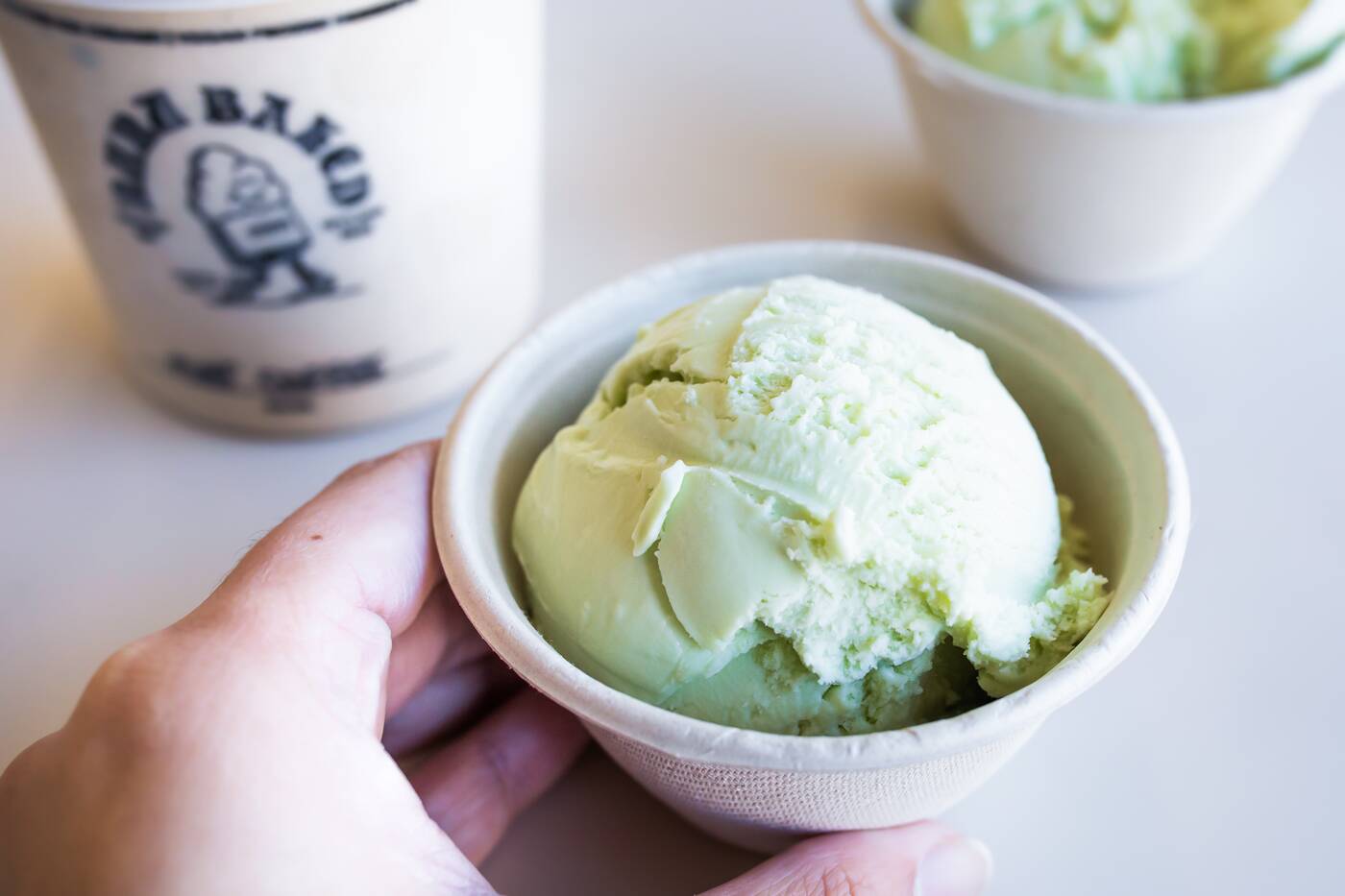 Flavours like pandan, pineapple tart, chrysanthemum and rosemary sold out in minutes and kept people interested in what varieties would be available next. 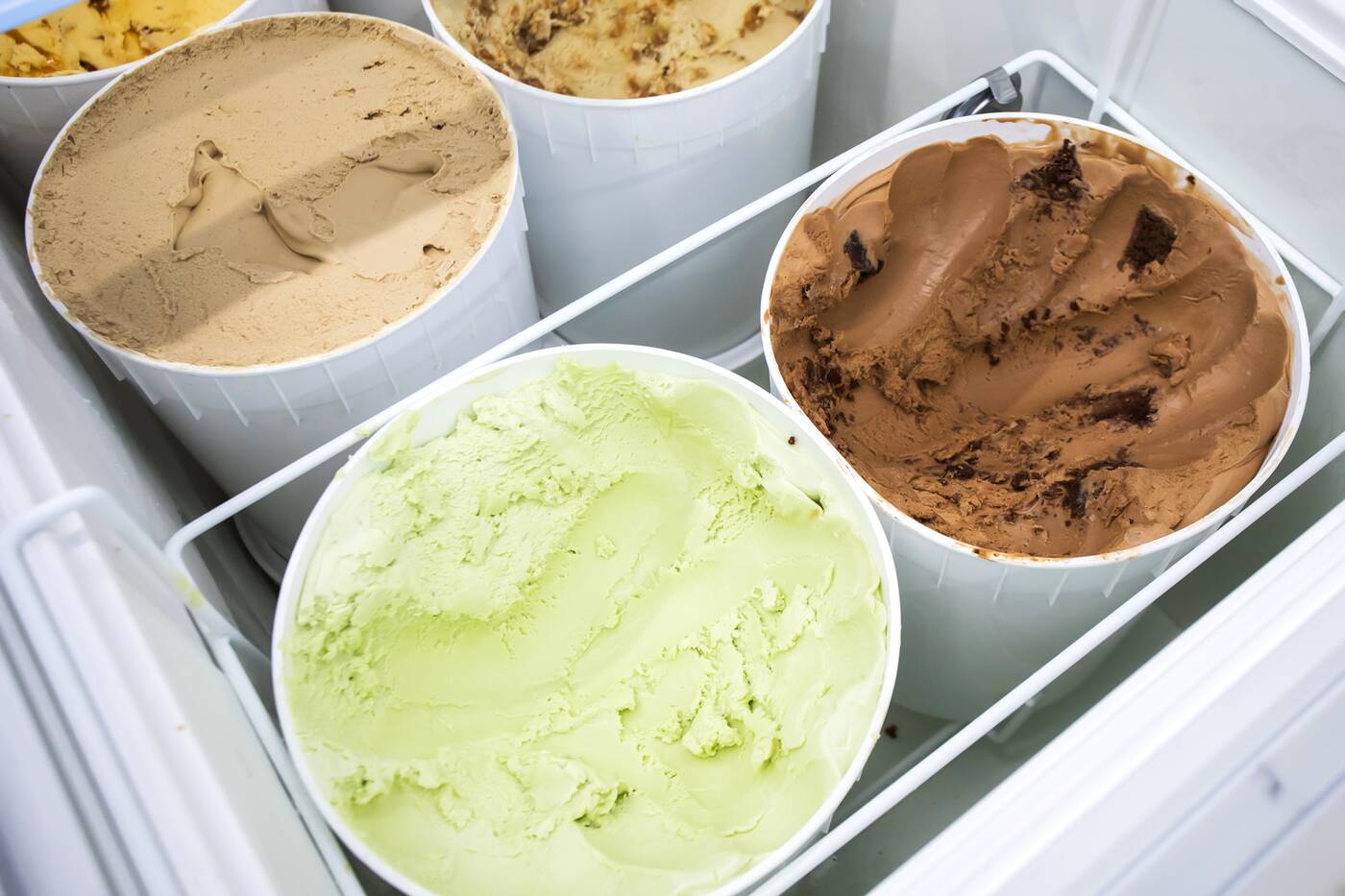 "We usually just think about flavours we like, things we've eaten that are delicious, experiences that impacted us," says Ronquillo. "There's typically one element like a base flavour or 'mixin' idea that happens first, then we try to figure out what would pair with it nicely." 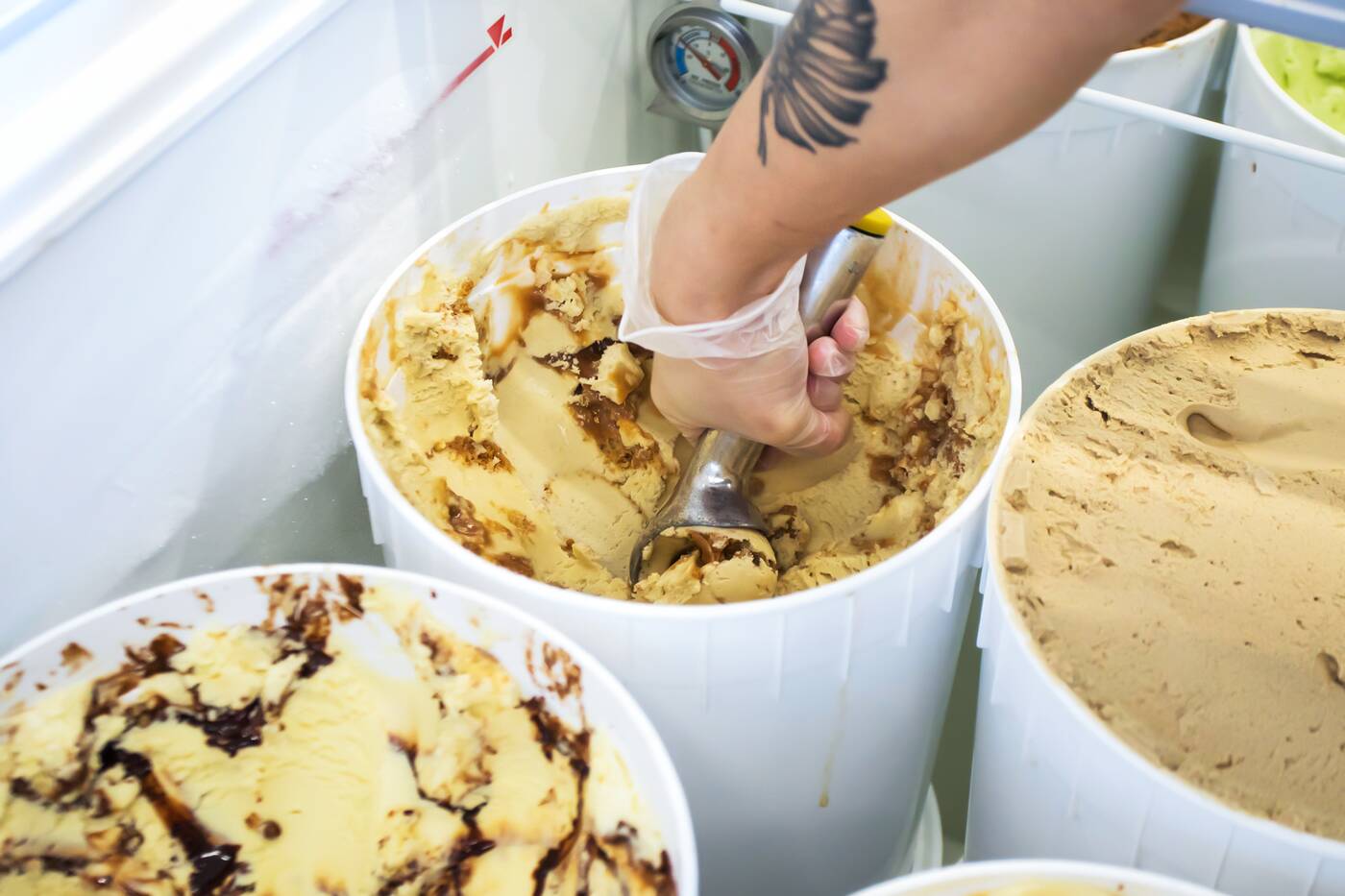 For example, miso and butterscotch, or kinako (roasted soy flour) and brown sugar. 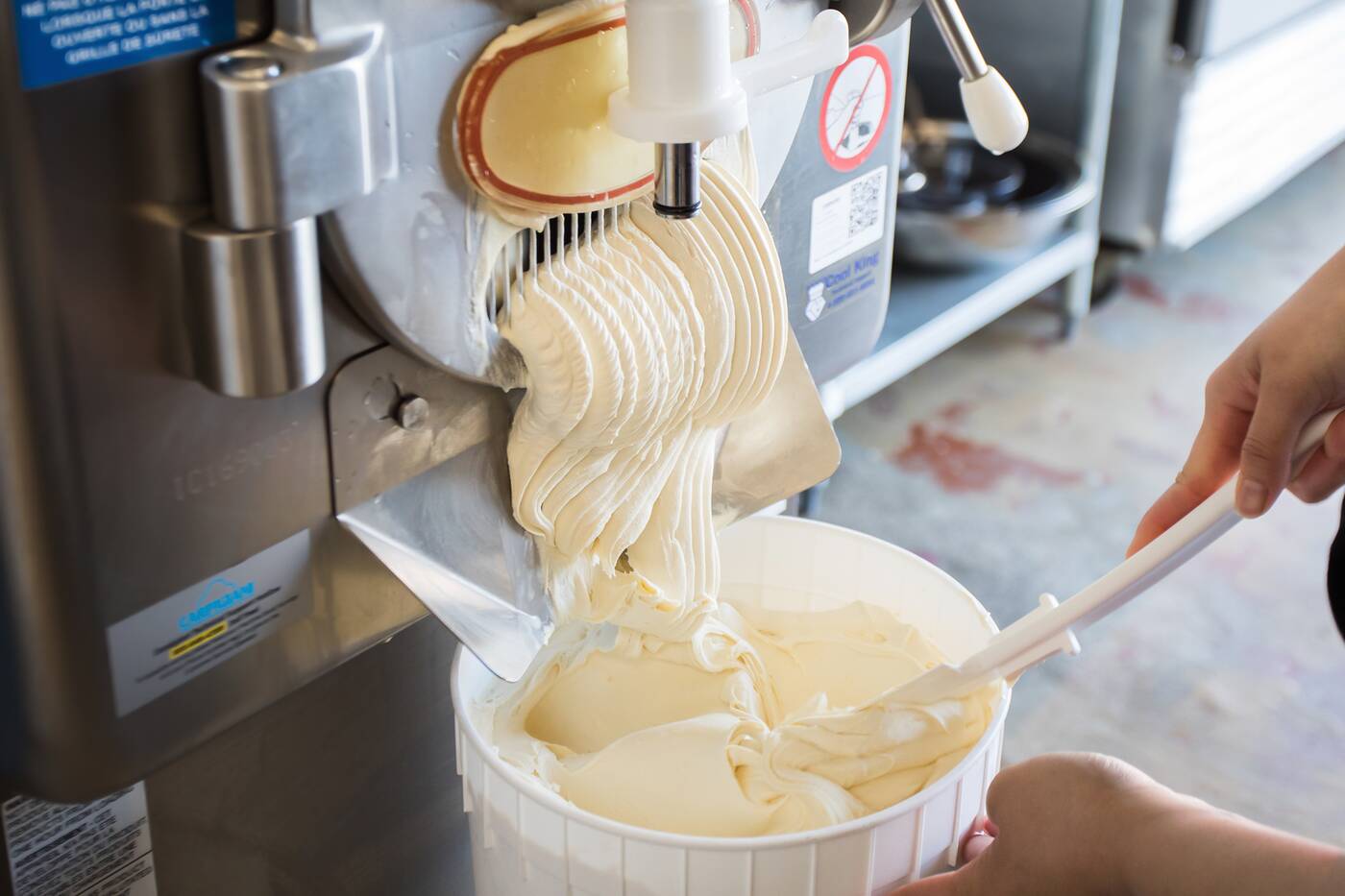 She's also collaborated with other food businesses to spread the word about her product. 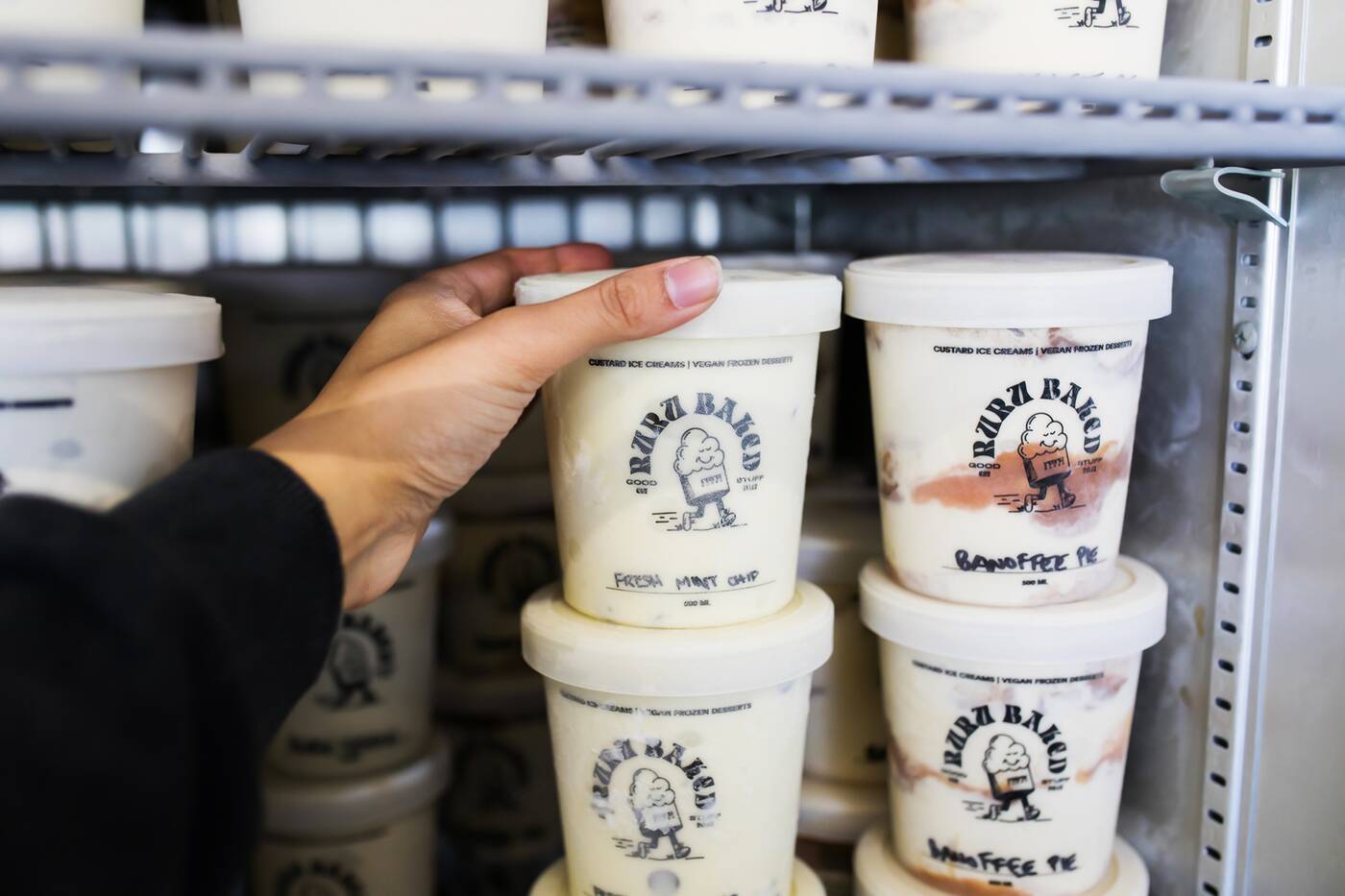 What's tied the drops, collabs and now finally the physical storefront together has been a strong background in branding, Ronquillo learning all about content strategy, design and aesthetic from the team she worked with at Hook Management. 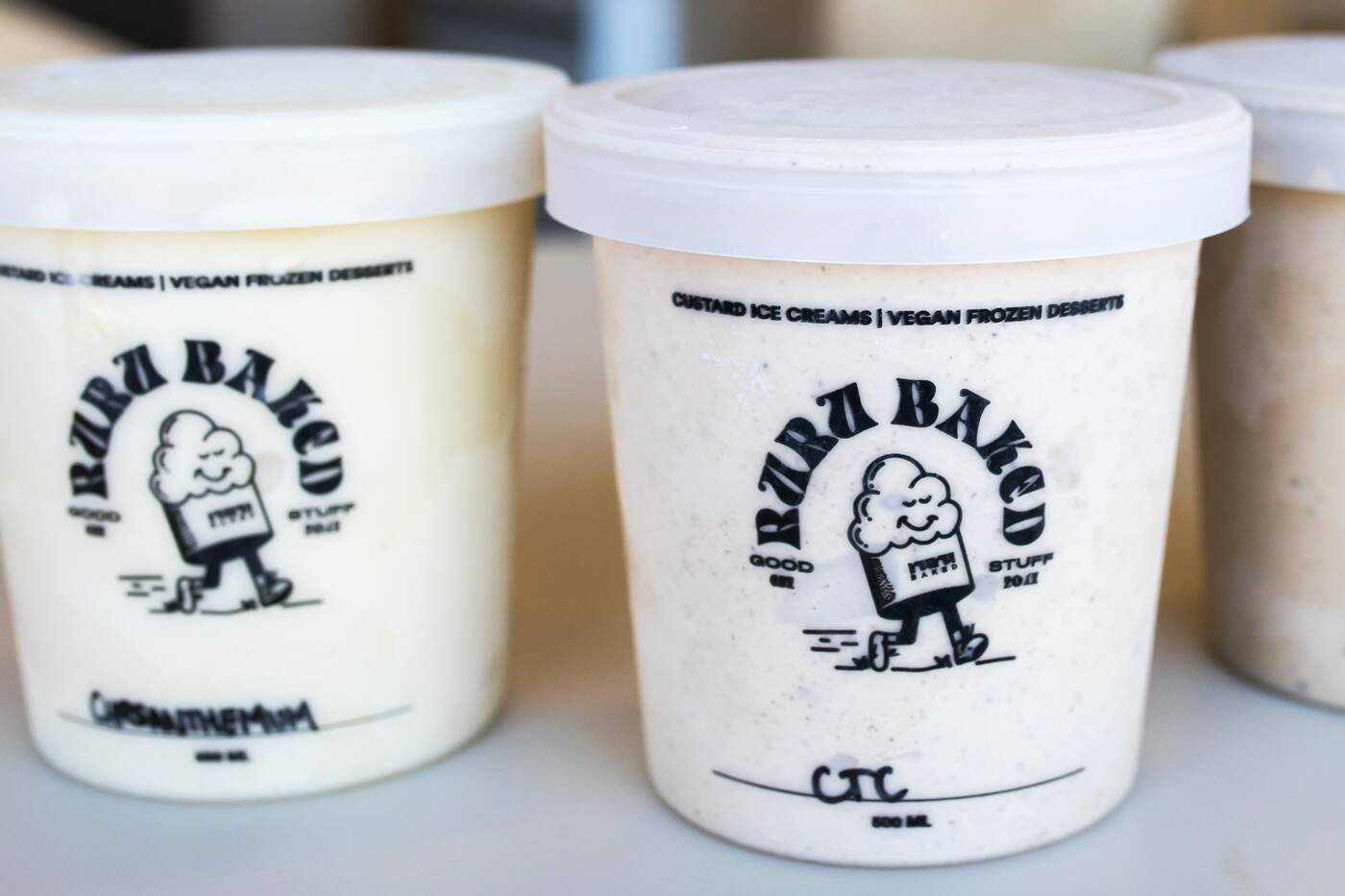 It all centres around a logo/character/mascot of a smiling little pint of ice cream with legs designed by Adam Bosley, who also used to work at Hook. 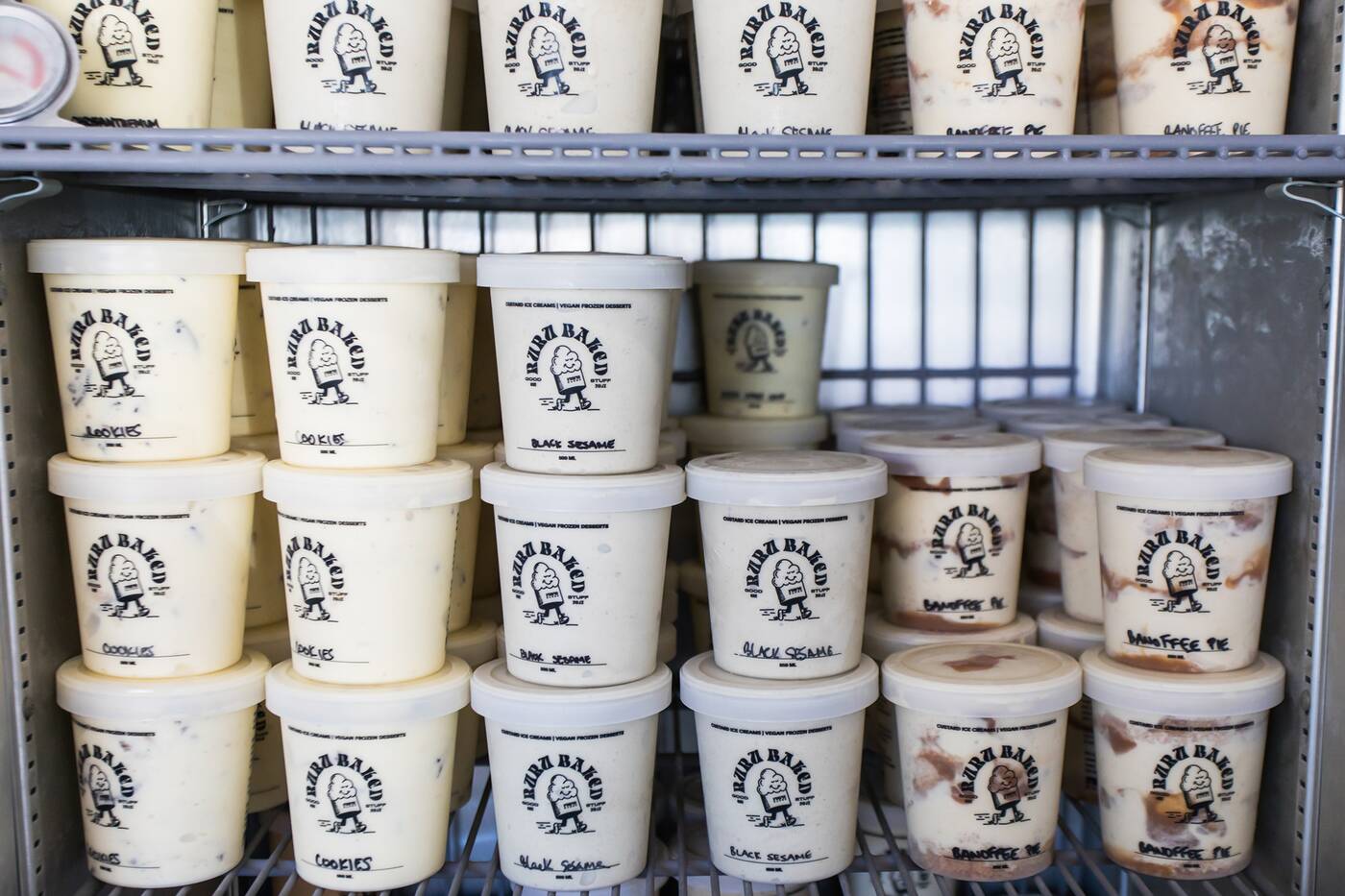 It's on every pint of what the logo deems "the tastiest ice cream in galaxy" as well as "good stuff," which you can see right through the transparent packaging. 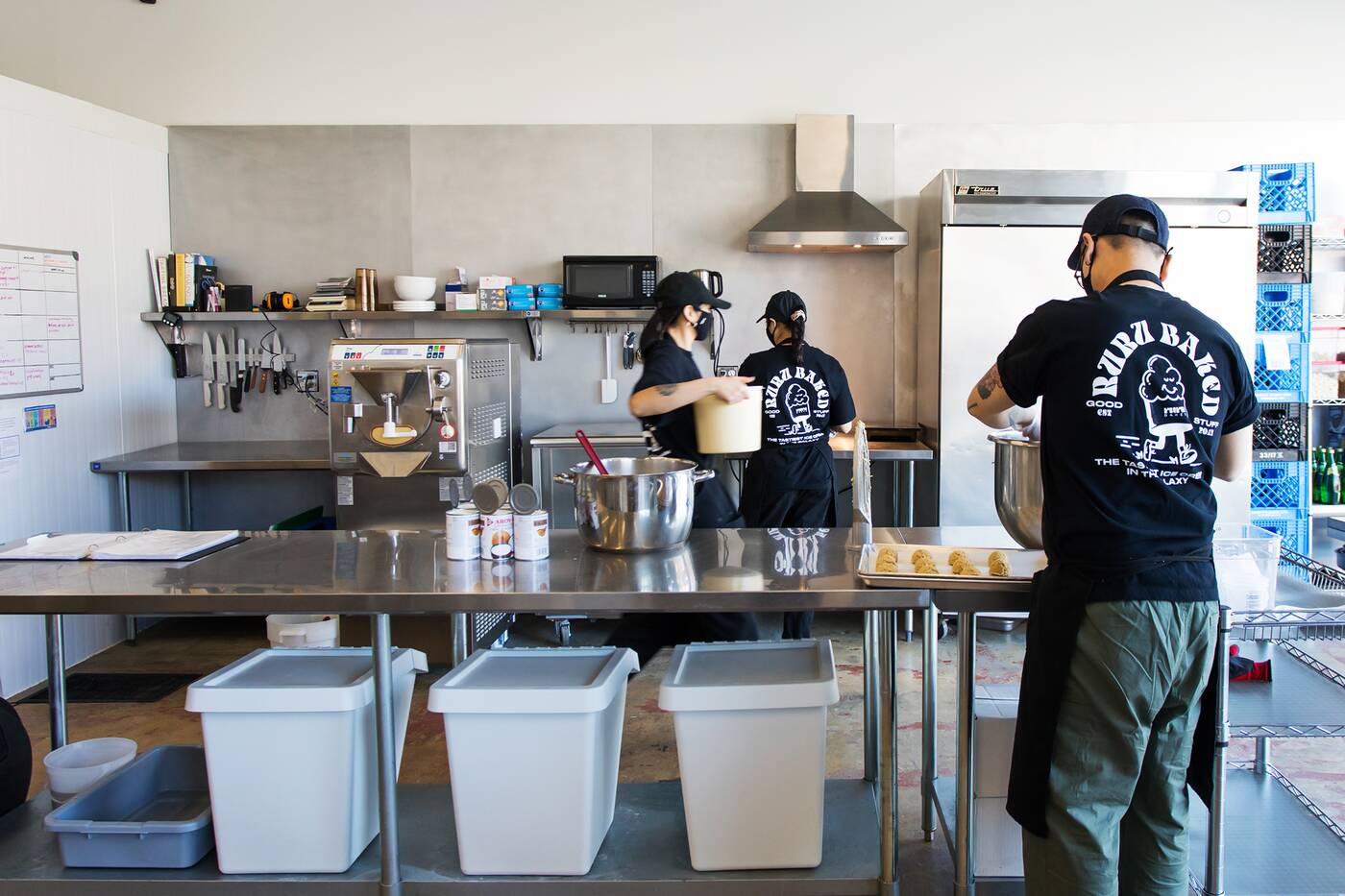 The former Lansdowne Cone space was chosen for the new storefront because it had the proper electrical requirements, the right amount of space, and affordable rent, but the minimalism of the Ruru Baked aesthetic has organically imprinted itself on the space in what Ronquillo says felt like a personal decision. 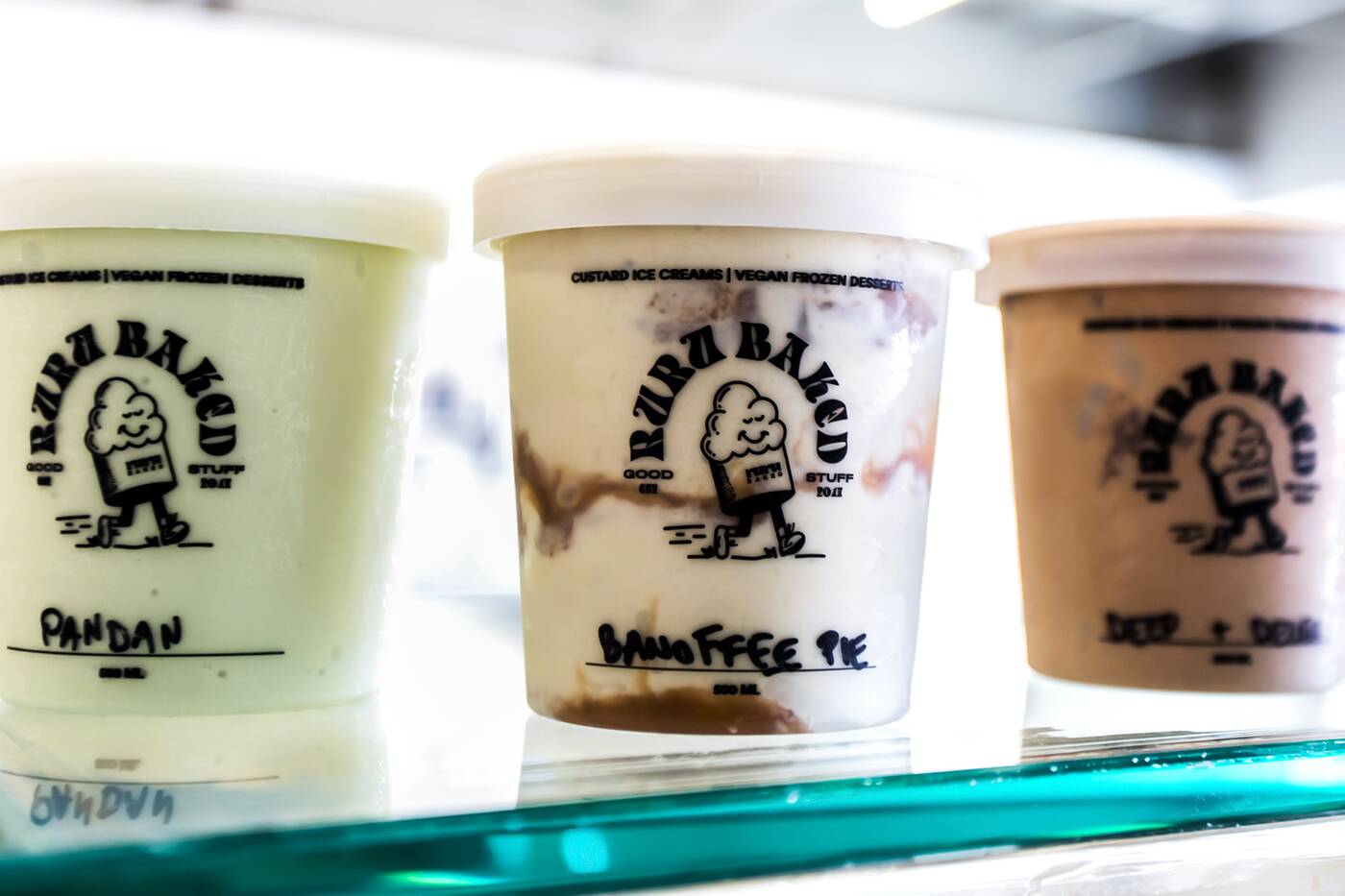 "The main elements were that I wanted a clean, functional, minimal space, that felt warm and open," says Ronquillo. "The branding has always been quite minimal so I guess you can say we carried this into the design of the storefront as well." 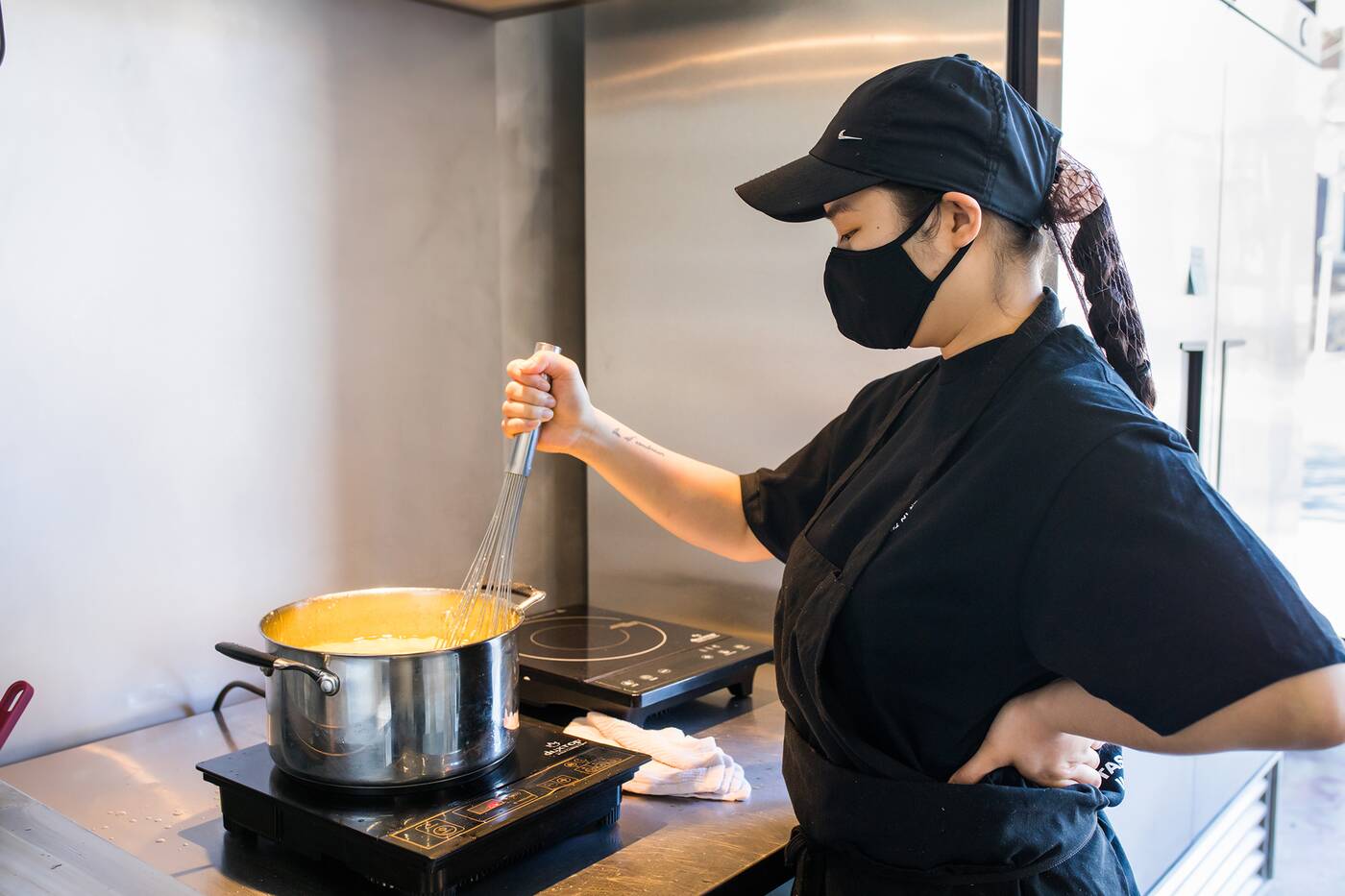 Ruru Baked started as a side hustle that Ronquillo operated all by herself, but immediately upon opening the storefront her team and production were able to balloon, from one person to five team members with an increase in production of 325 to 350 per cent. 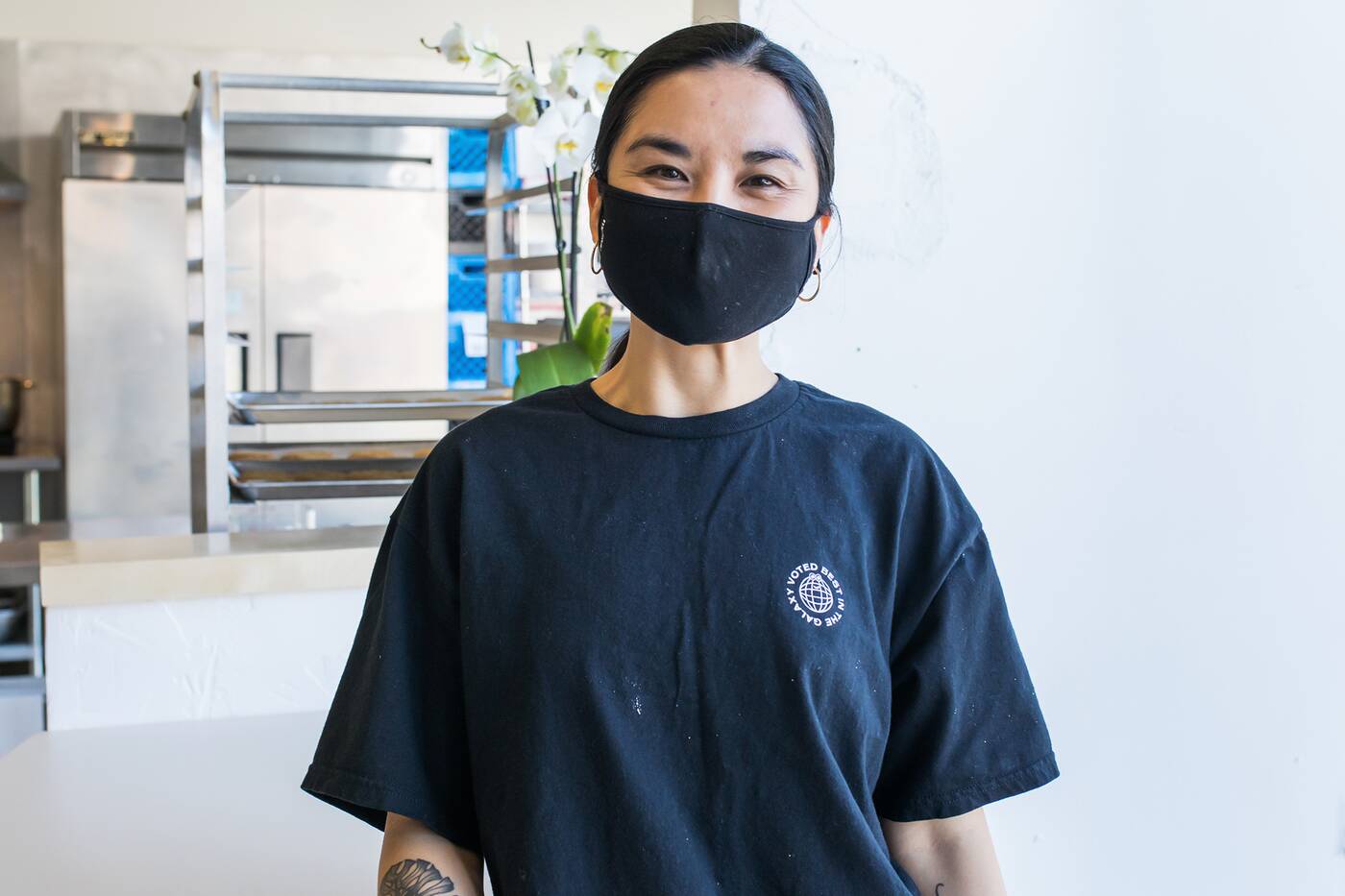 "We are still small batch but are able to produce more of a better quality product," says Ronquillo. 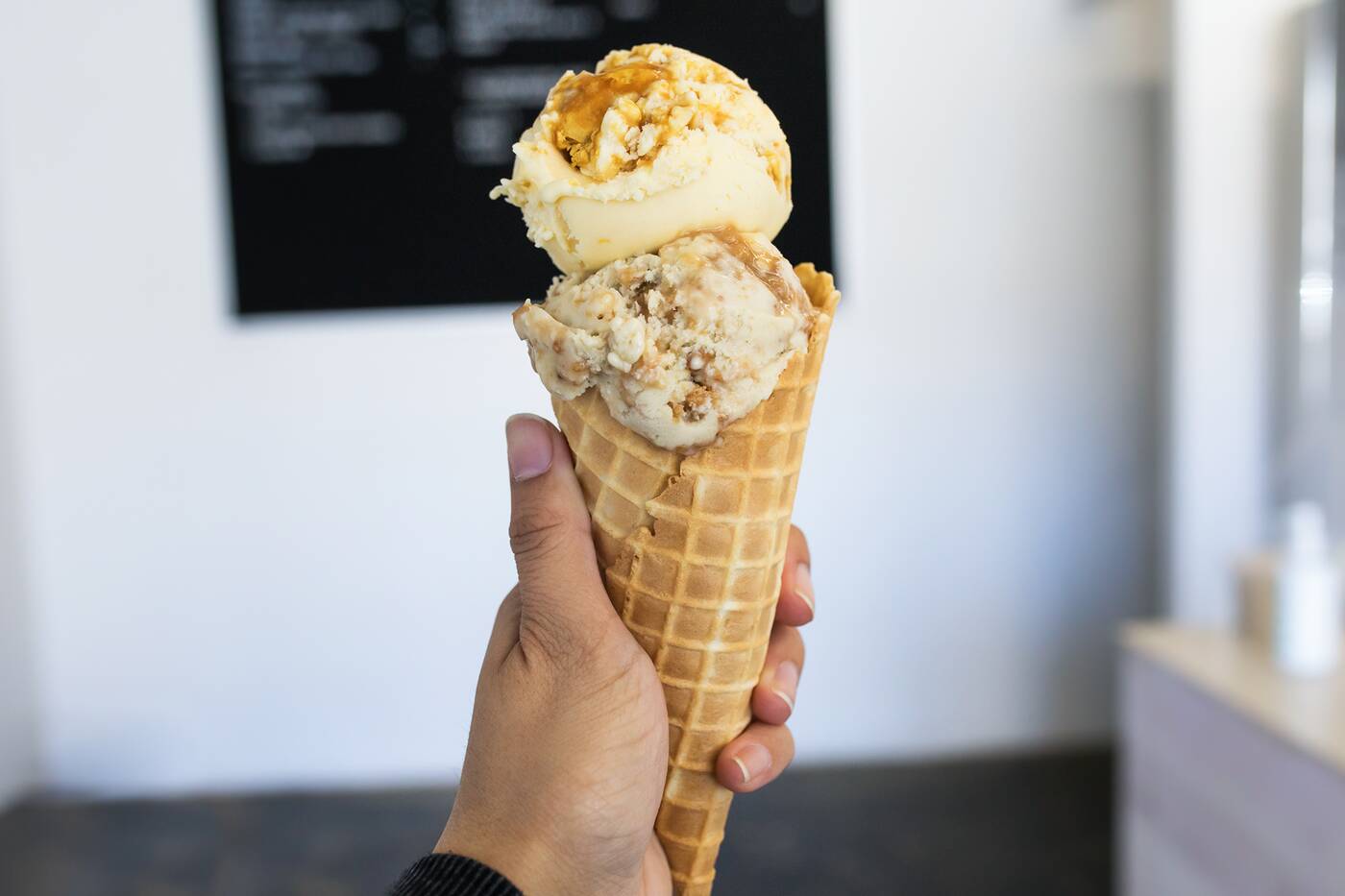 The physical storefront is still brand spanking new, opening at the very beginning of April. 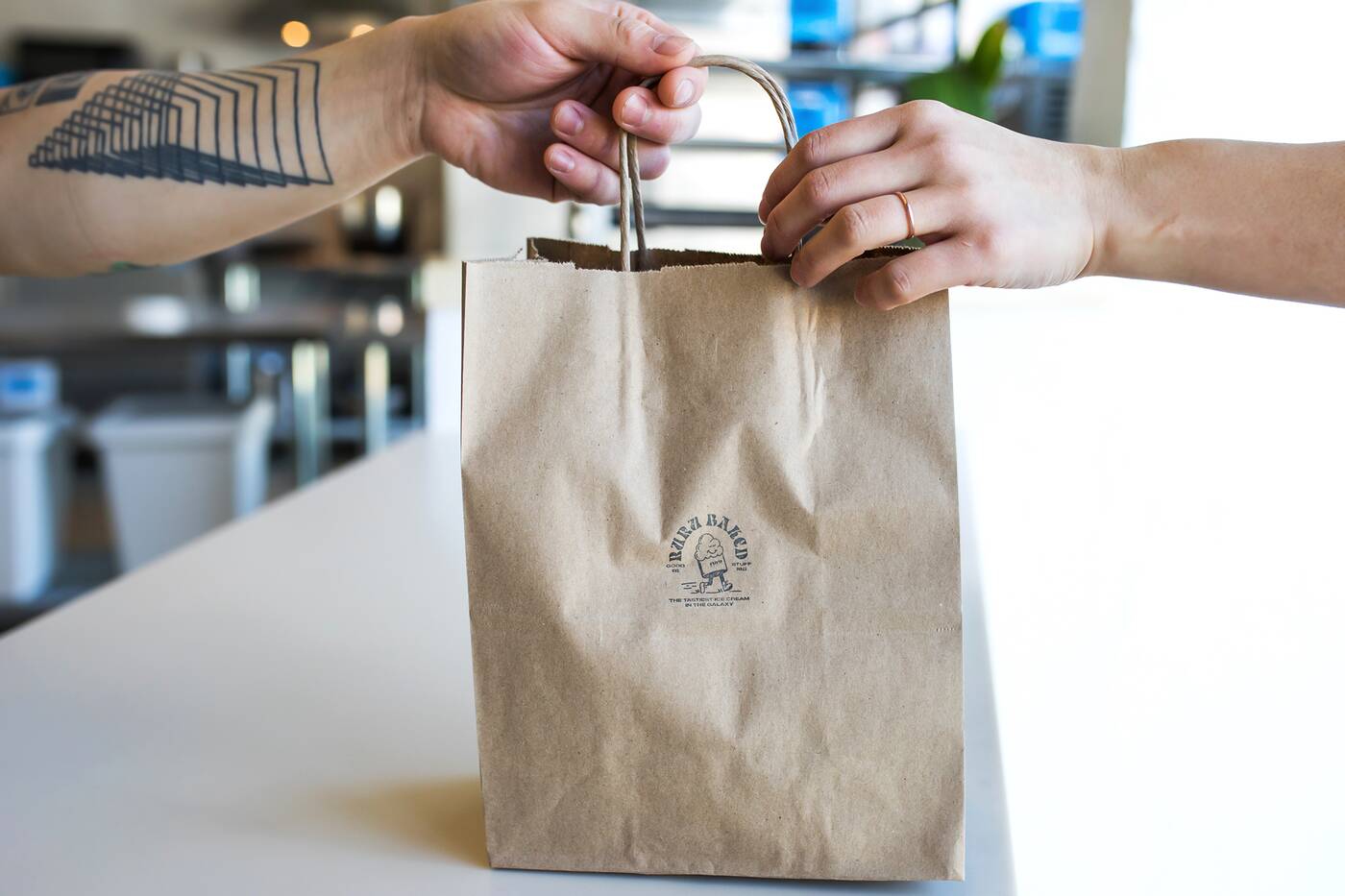 When the store opens at 2 p.m. there's usually a lineup for about the first half an hour, and subsequent lineups tend to appear in waves throughout the day. 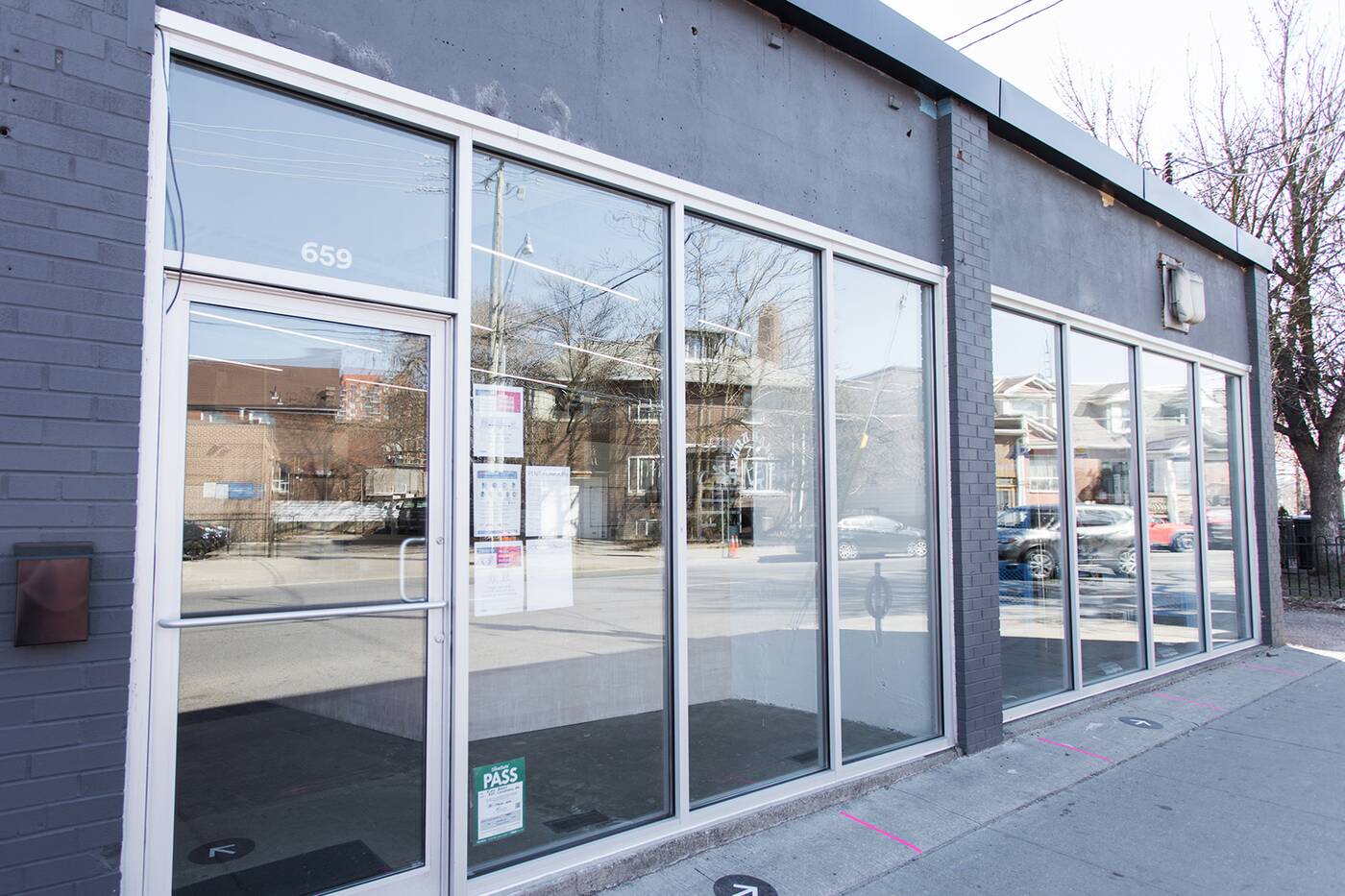 The best part about Ruru Baked finally having a brick and mortar home is that you'll never be out of luck again: though you might miss out when it comes to some flavours near closing time, they've yet to ever sell out of all their scoops.