Something new appears to be sprouting from the ashes of a once-iconic King West strip club that, like so many other hospitality-based Toronto businesses, shut its heavy steel doors for good last year amid the COVID-19 pandemic.

Back in August, we learned that For Your Eyes Only had closed permanently on account of its owners selling the building in which the business had been housed for decades.

A representative for the company that owned both FYEO and its airport-area sister bar, The Landing Strip, told blogTO at the time that both had closed "solely for the reason that we sold the real estate."

The building is listed as a property of historical significance in the City of Toronto's Heritage Register, but has not been designated as a heritage building by the provincial government.

Some had speculated that the entire building would be paved to make way for another condo development, but this doesn't appear to be the case. 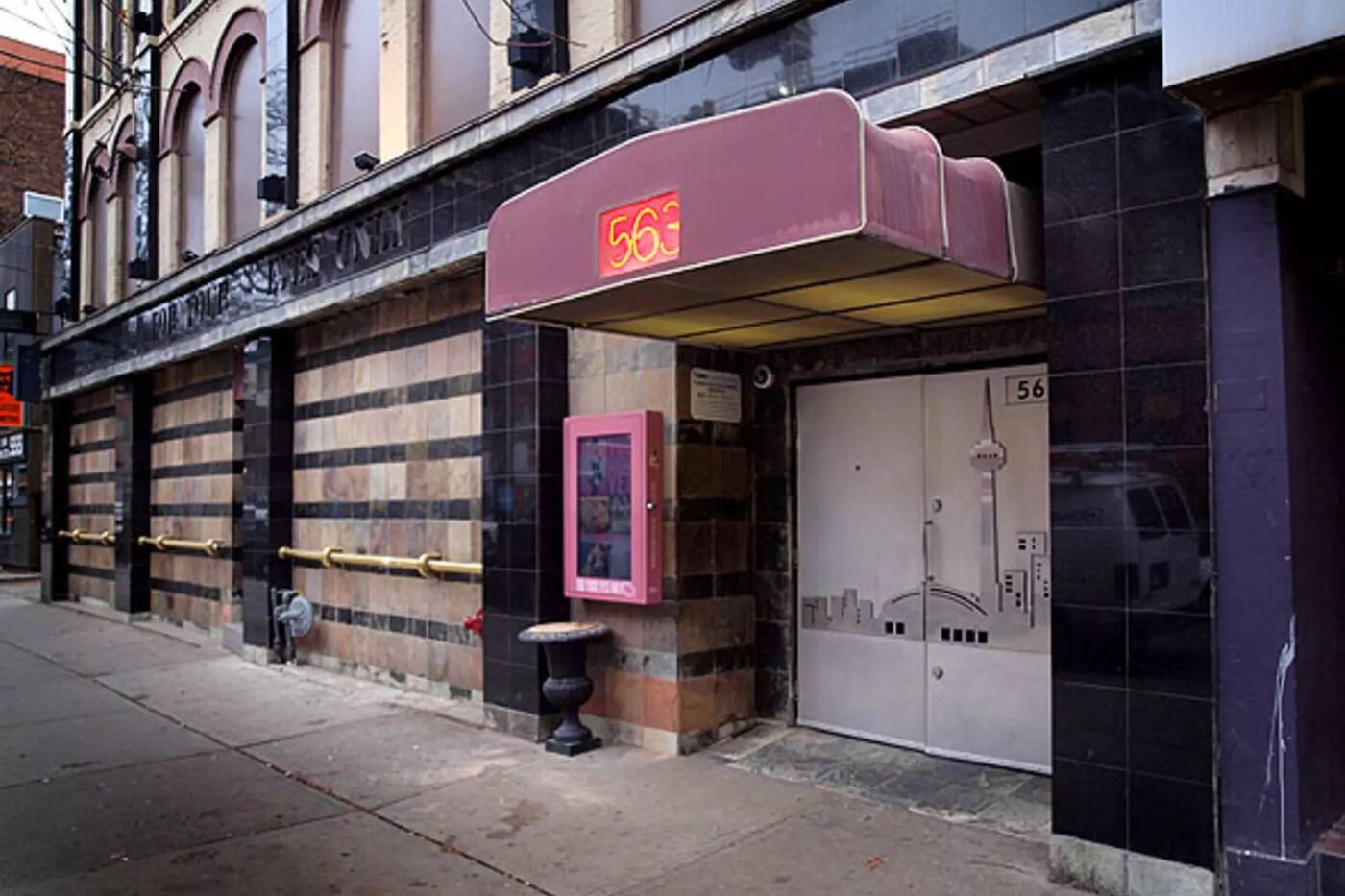 The entrance to For Your Eyes Only on King Street West as it once appeared. blogTO file photo.

It is not clear who bought the building, which runs from 557 to 563 King Street West, but records show that it was just leased out.

Further to this, a new liquor sales licence application was filed for the property last week.

The AGCO lists the applicant's name as "FOR YOUR EYES ONLY (TO BE KNOWN AS: PROPOSED)" in its database of applications undergoing public notice.

The application is to serve alcohol indoors only, and was submitted on behalf of a numbered corporation, 2771411 Ontario Inc.

A numbered corporation has applied for a liquor license at the site of For Your Eyes Only in King West. Image via AGCO.

Federal records show that 2771411 Ontario Inc. was registered as a business in Canada on August 12, 2020, roughly a week after blogTO broke the news of FYEO's permanent closure.

Neither the strip club's old ownership nor the realtor who brokered the lease returned a request for comment, and information for the numbered corporation is not listed anywhere publicly.

All we know at this point is that the space has been leased, a liquor licence has been applied for, extensive interior renovations already appear to be underway, and whoever is trying to reboot the place doesn't want to go public with the news just yet.

Fair enough. I'll be right here waiting for when they do.

Multiple sources tell blogTO that the property has been leased by the same team behind the nearby MARBL restaurant and will function in the future as "a high-end supperclub."

For Your Eyes Only