After more than 25 years as a bike repair shop fixing up old Bianchis, the Harbord Village staple Bike Joint is no more.

From the outside, it doesn't look like much has changed: The Bike Joint's distinctive yellow and red sign with the Salad Fingers-esque cyclist still sits atop the door 290 Harbord St. 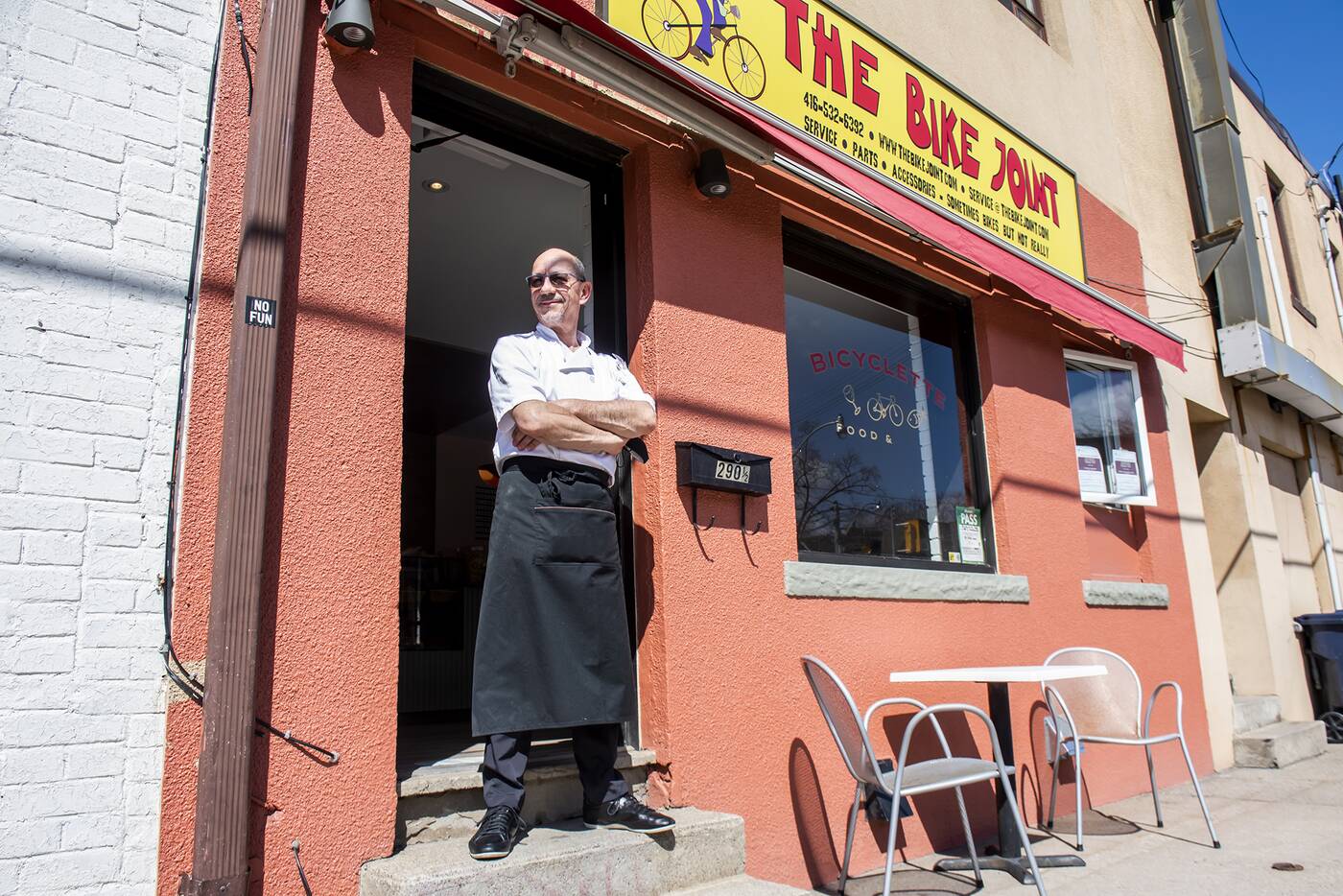 The Bike Joint on Harbord is now Bicyclette, a small takeout counter for French eats.

As of February, the shop has transformed into Bicyclette, a simple spot for French takeout helmed by Jean-Pierre Centeno. 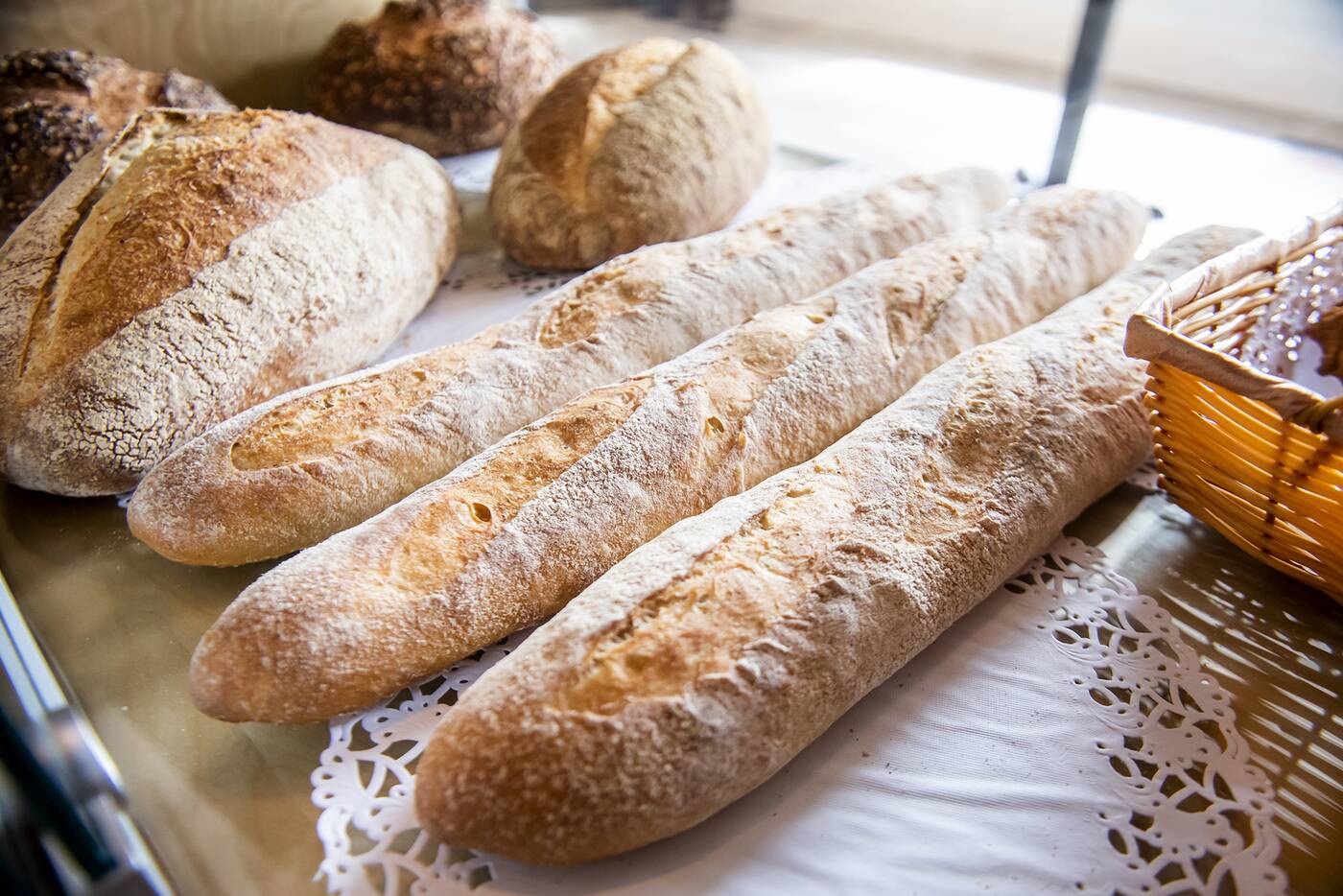 Centeno, a former culinary professor at George Brown, has reimagined the old Bike Joint space with a fresh coat of paint on the outside and a brand new interior. 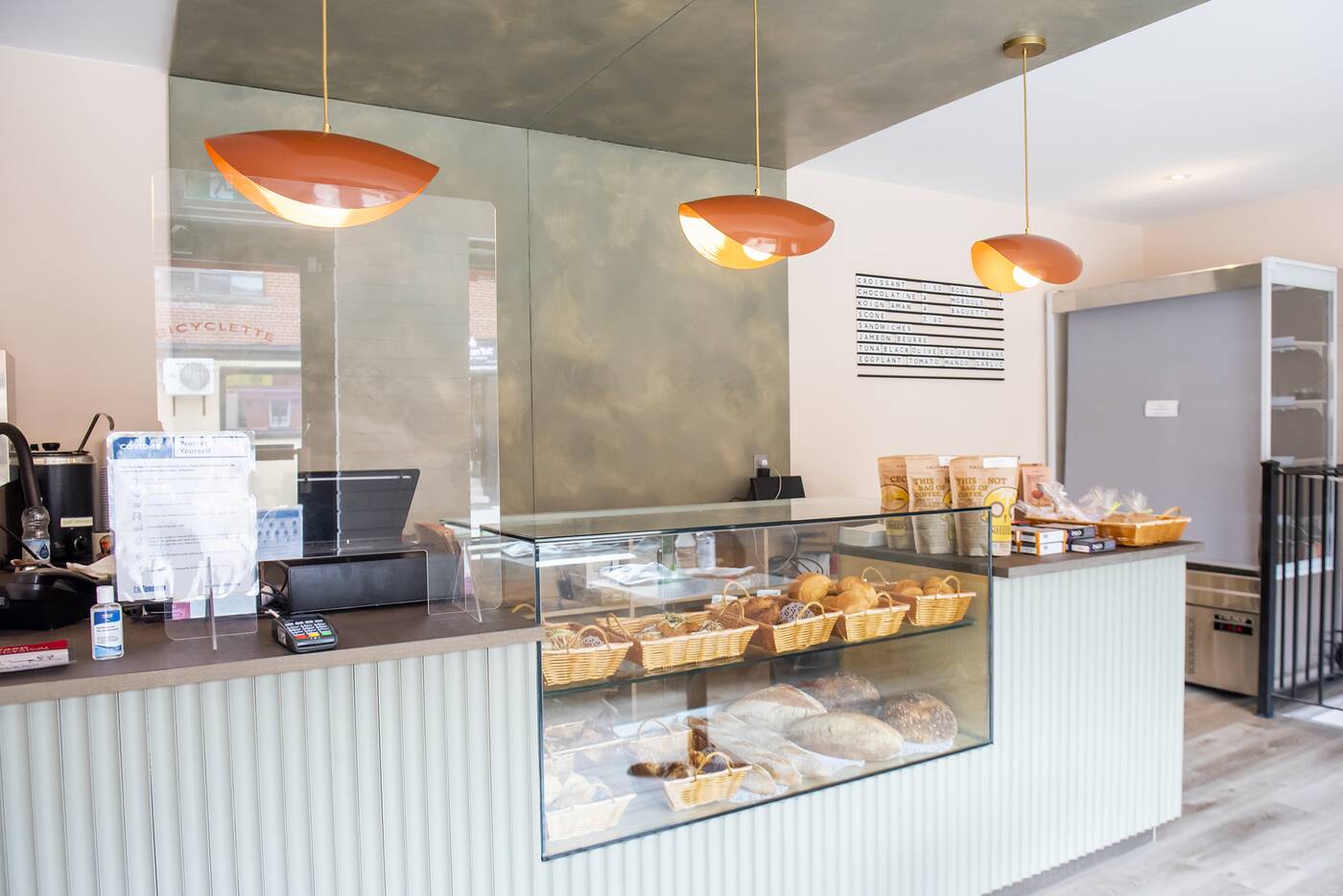 The interior of the old bike shop has been completely transformed with a glass display.

He's replaced the beater bikes with baguettes, bags of Choco Sol coffee beans, and a glass display of Croque Monsieurs and quiches made by Centeno daily.

"Teaching is great and I loved it," he says.

"I was teaching business, food and wine pairings, theory, to culinary students... but I just got to the point [and said] well, I'm teaching this stuff. I might as well put it into place." 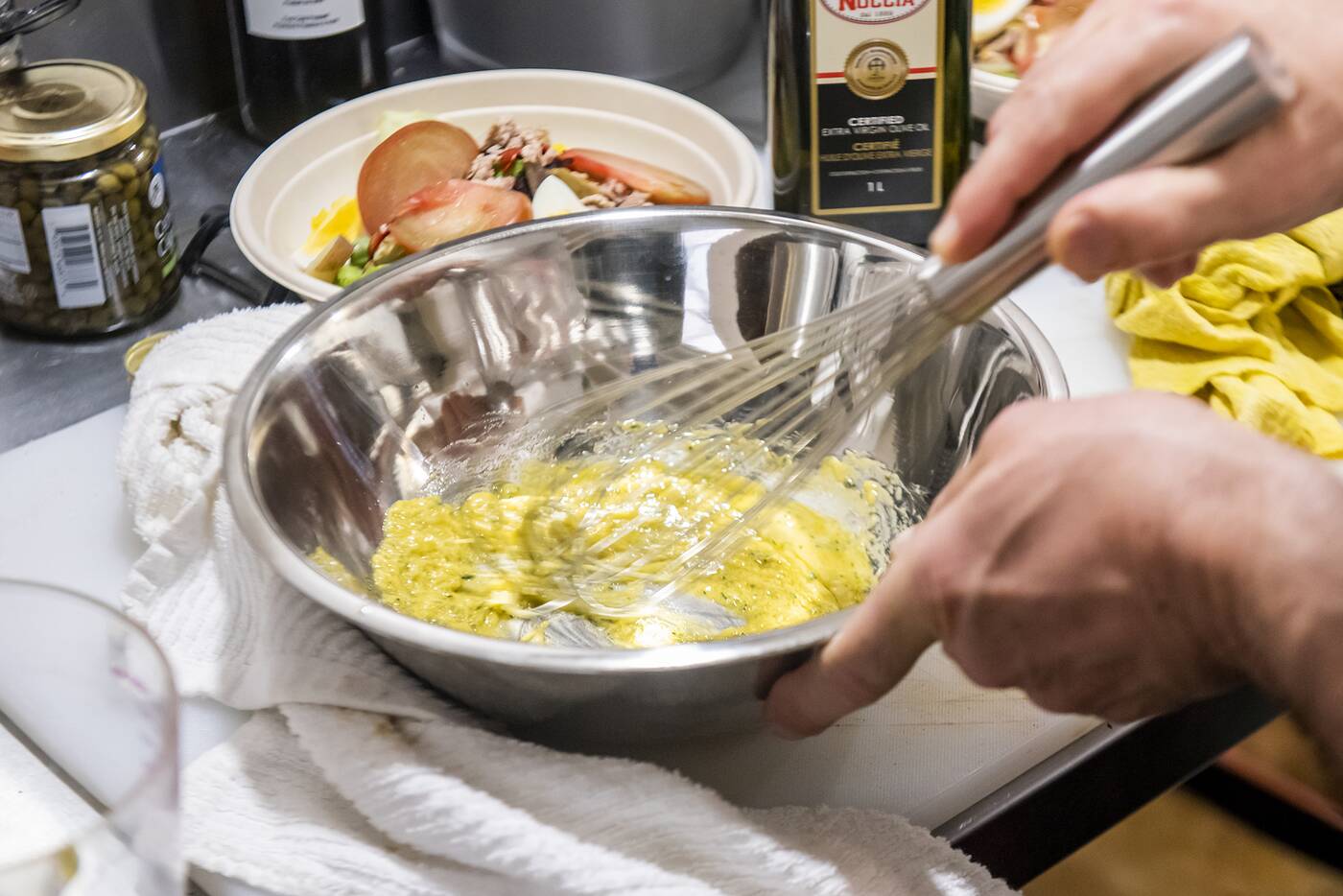 Centeno opened Bicyclette in February with limited hours from Thursdays to Sundays.

Centeno is originally from southern France but after having lived in and around the Annex neighbourhood for decades, he jumped at the opportunity to check out the unit at 290 Harbord. His wife, an architect, saw potential in the space. 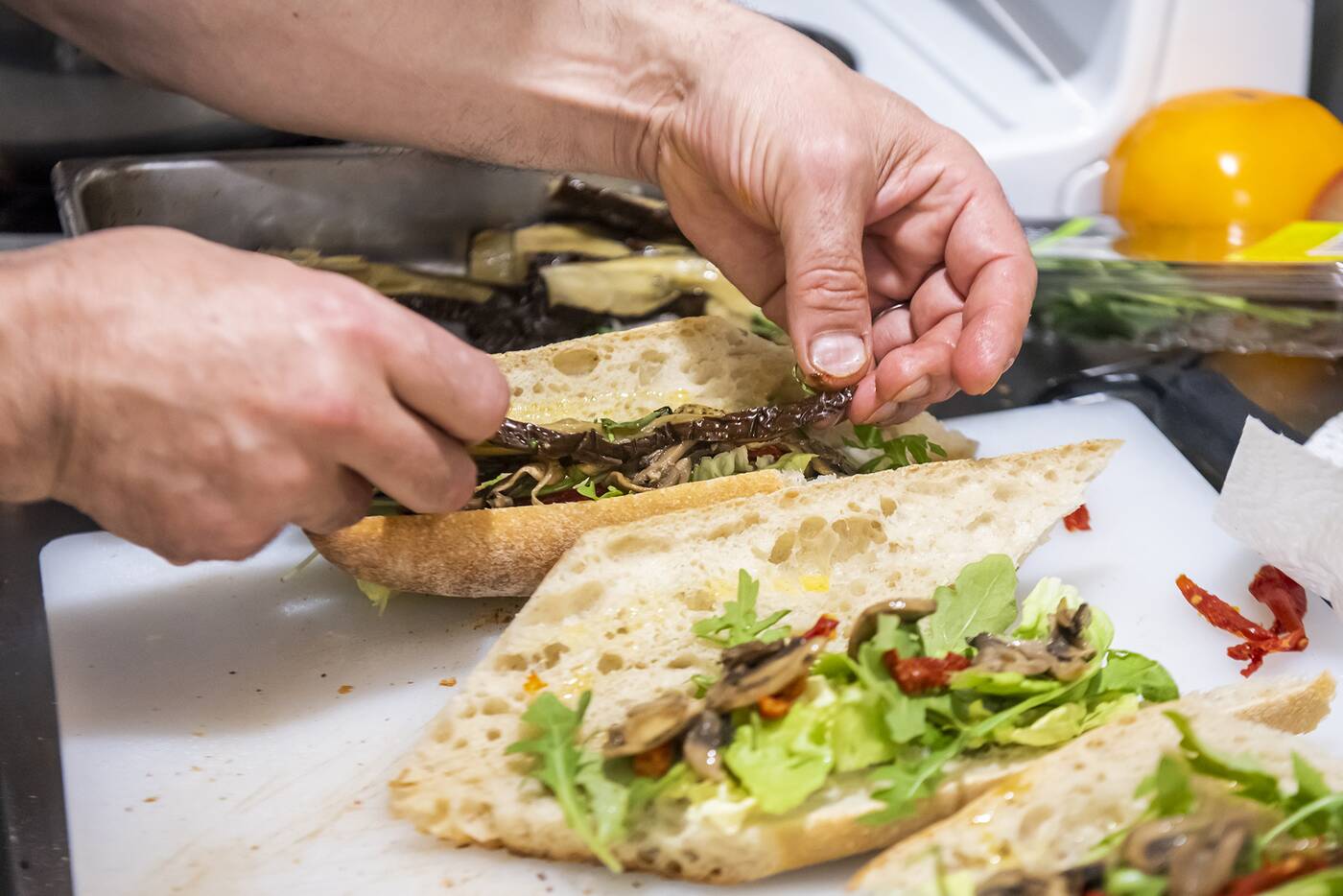 Sandwiches are a main part of Bicyclette's menu. 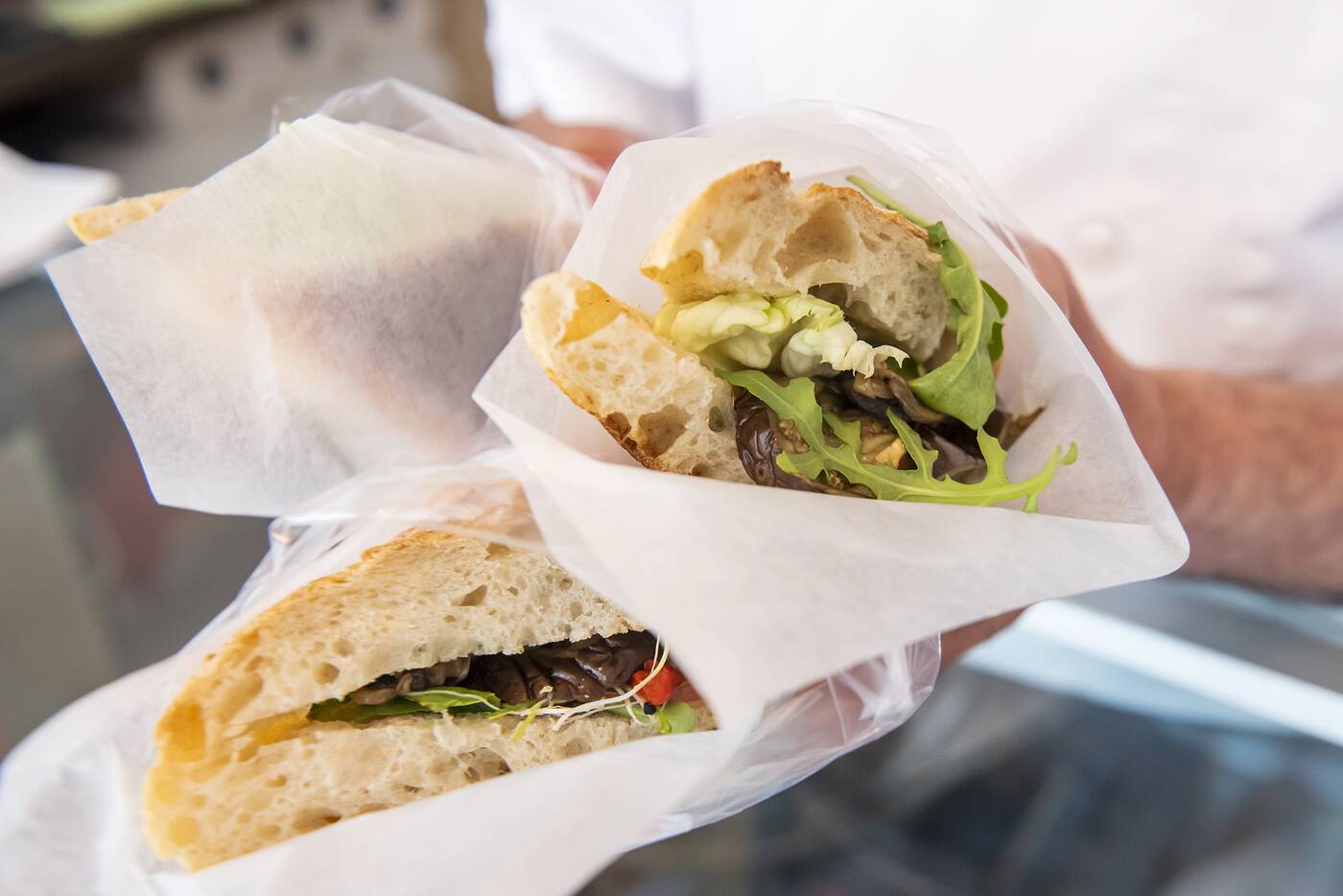 All food to-go is made fresh daily. 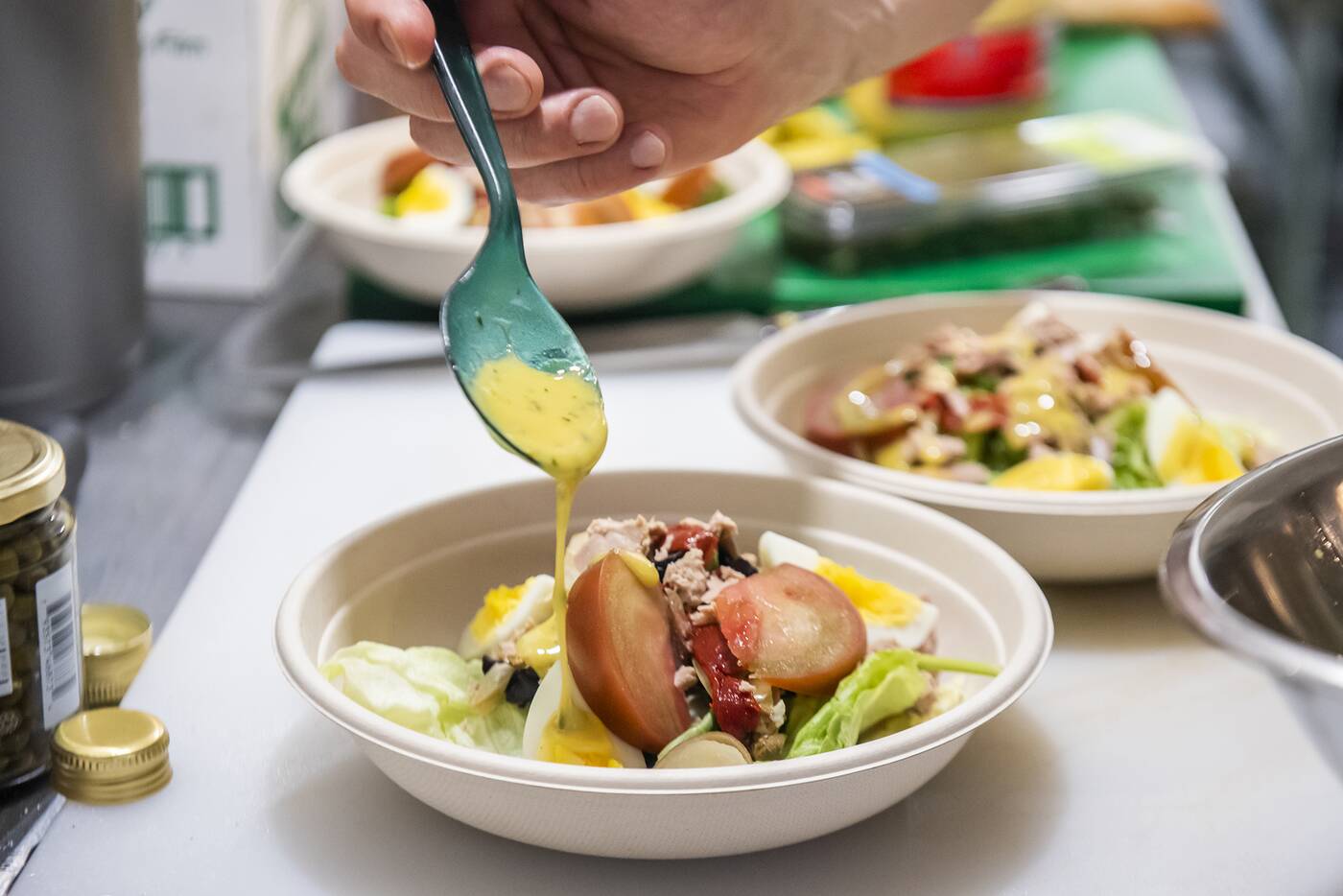 The salade Niçoise, with anchovies, boiled eggs, olives, and green beans is packaged for takeout. 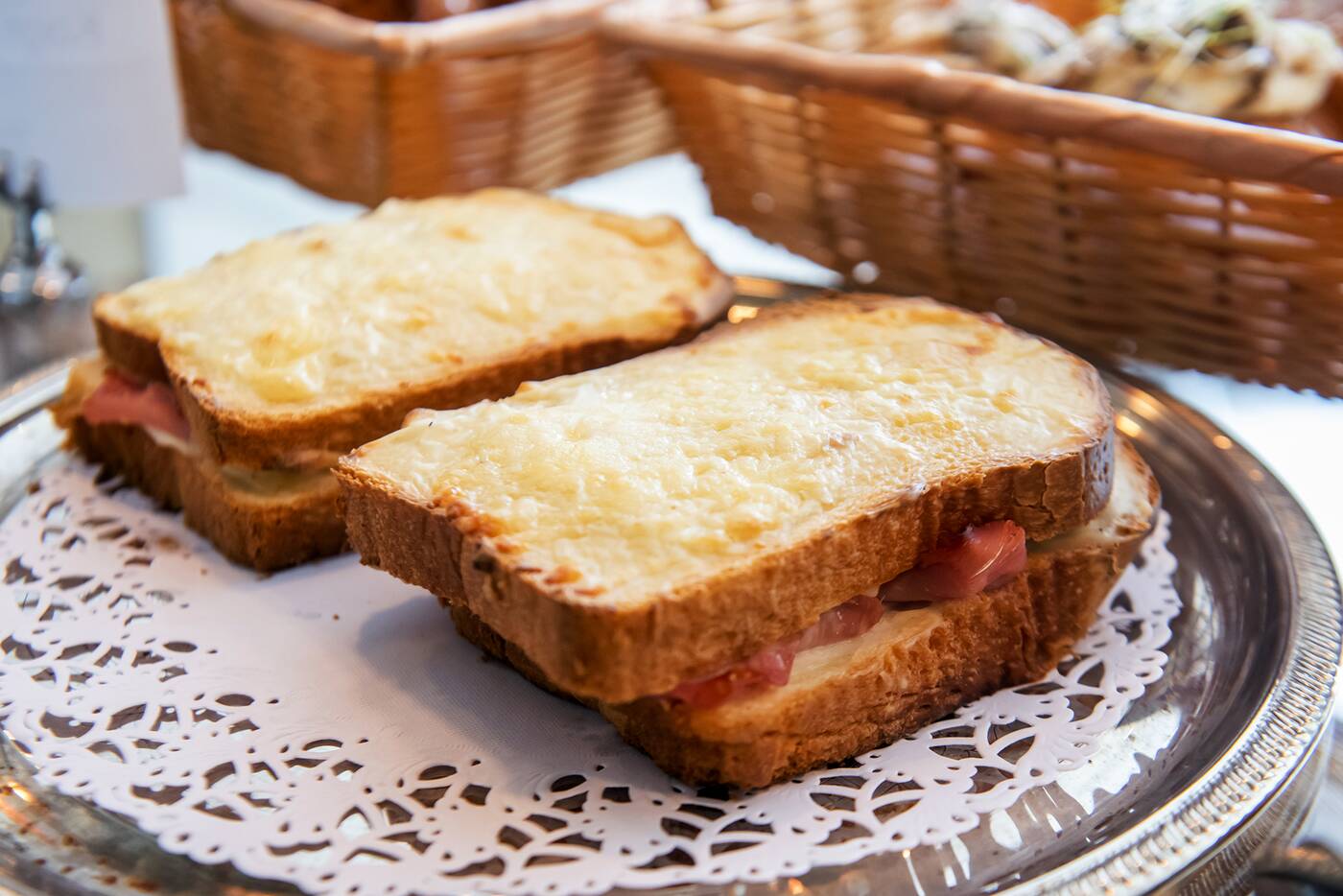 A good sandwich is central to Bicyclette. The Croque Monsieurs, loaded with Gruyère cheese on brioche, with ham and béchamel sauce, are a definite standout.

Centeno has plans to eventually launch a bottle shop inside, so you can pair your roast beef sandwich on baguettes or roasted lamb (not on the menu yet) with a suitable wine. 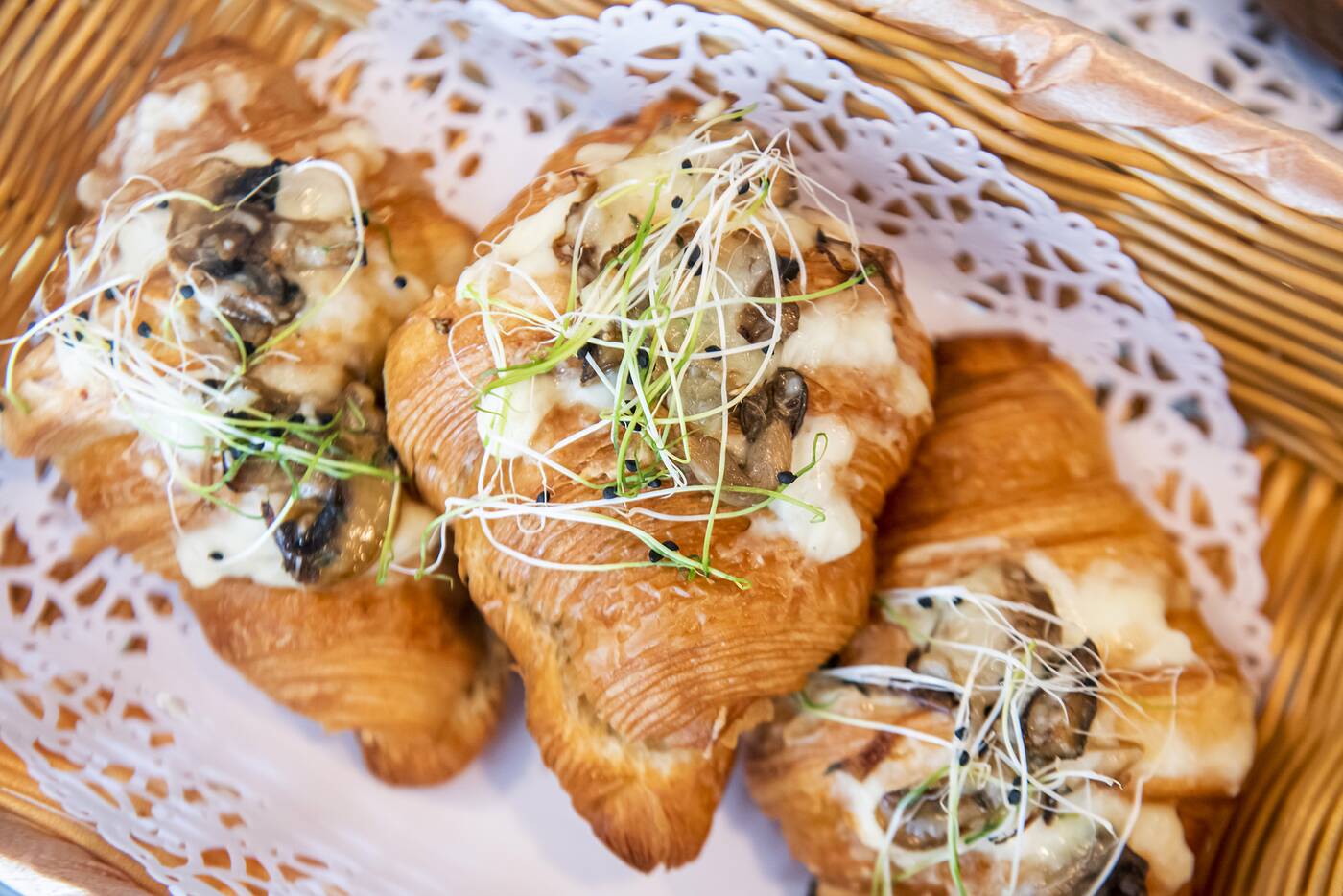 Bicyclette's menu is still undergoing changes as Centeno figures out what the neighbourhood wants.

In the meantime, all ingredients on the menu are carefully sourced, straight from providers at the Food Terminal or companies like Pasquale Brothers. The shop feels in keeping with its neighbours, which include local favourites like Harbord Bakery or Think It Cafe.

"Speaking to my neighbours, they are quite happy to have me," says Centeno. "We're creating a nice a little hub." 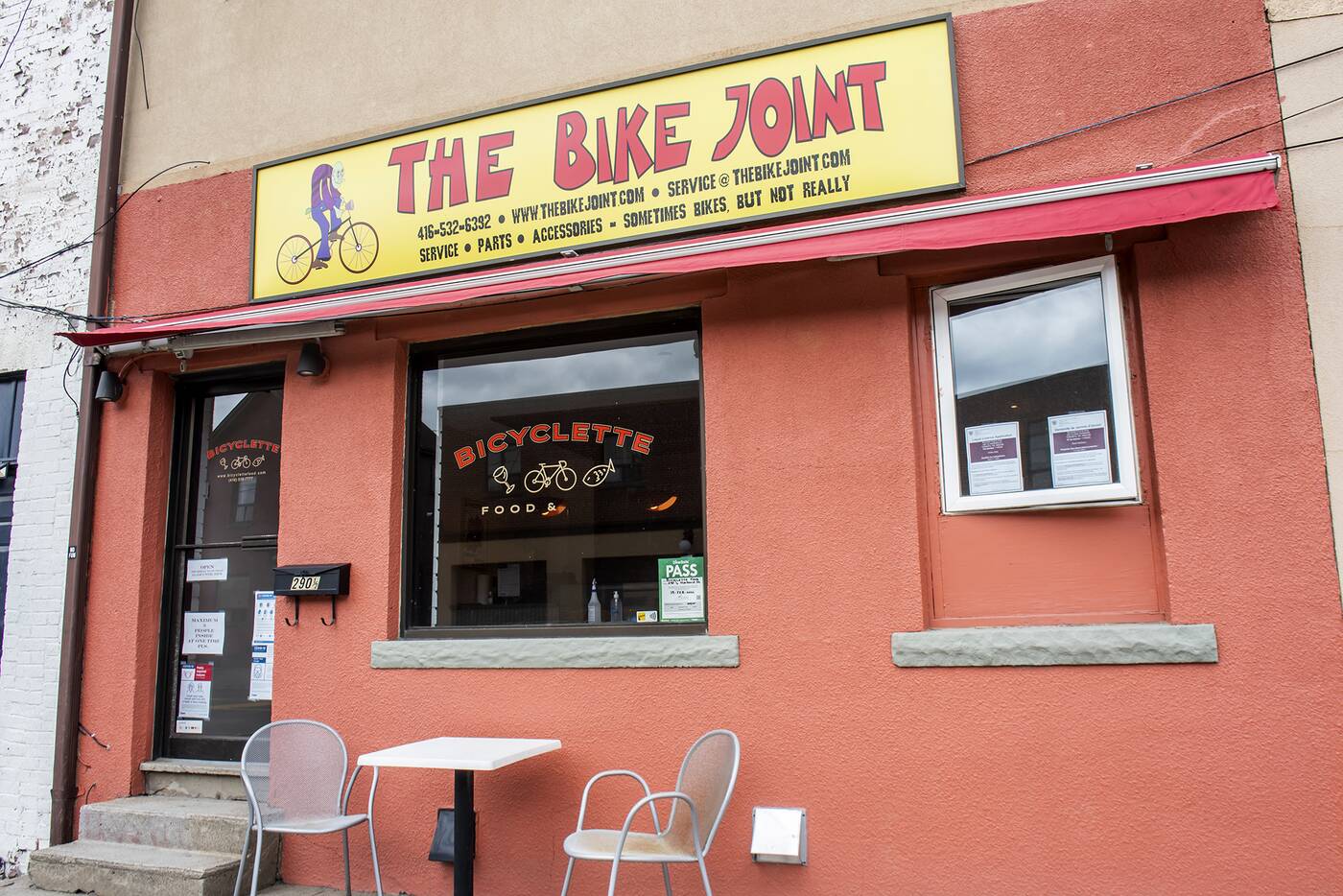 As for the Bike Joint sign, don't expect it to stay up forever. As much as Centeno is a fan, the creepy biker never fully charmed its way into the hearts of neighbours, he says.

A former employee of Bike Joint has offered to take if off his hands and it'll make way for a new Bicyclette sign sooner rather than later.