After five years of serving massive pieces of fried chicken at the corner of Yonge and Gerrard, the Taiwanese-based brand closed up shop at 374A Yonge Street, its inaugural location in North America.

The downtown store first opened in 2015, marking Hot-Star's first foray outside of Asia and its seventh franchise ever.

According to one staff member, Hot-Star's lease was up, and COVID-19 was a factor for the restaurant not to renew. The brand may reopen somewhere in downtown Toronto in the future. 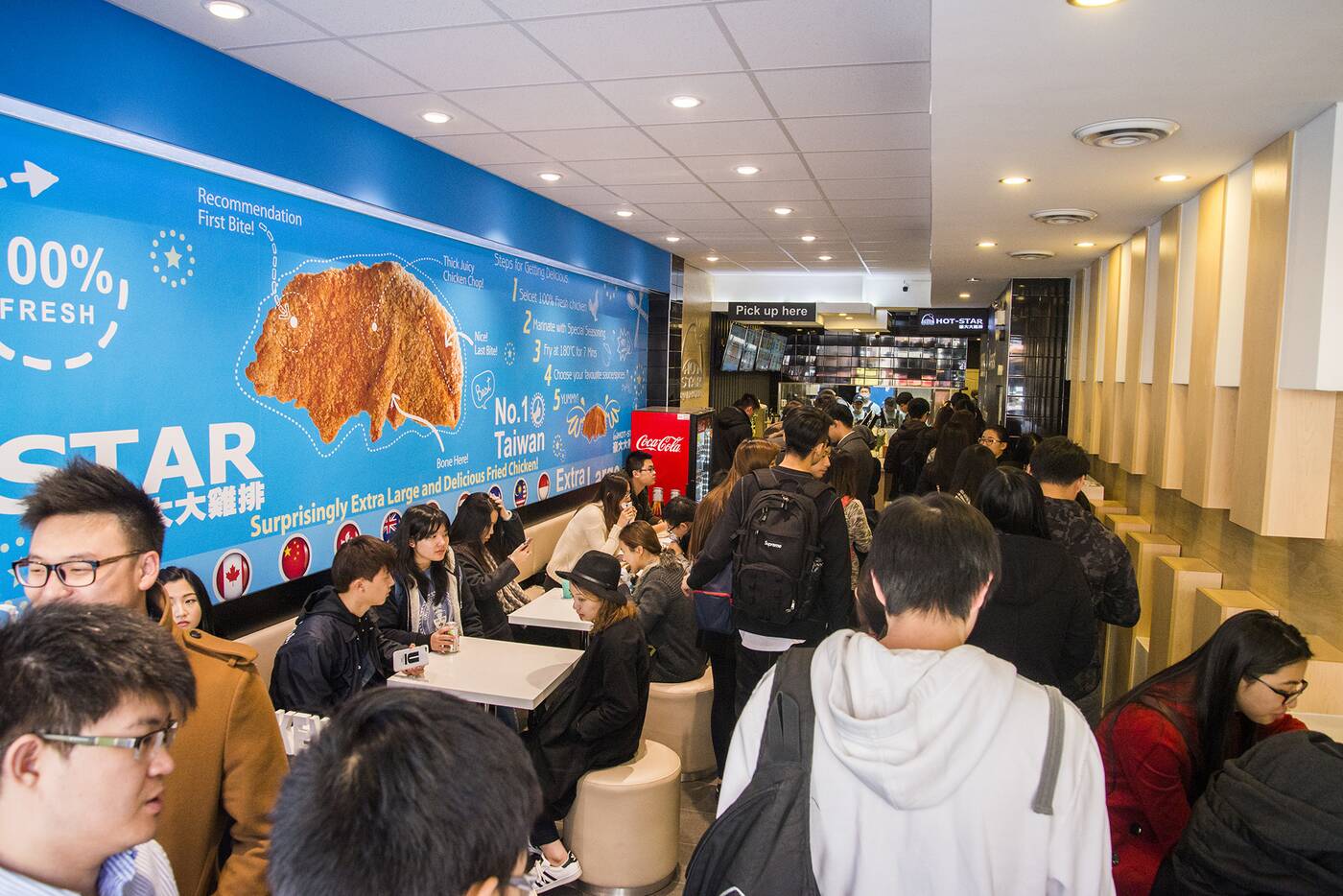 There were massive lineups at Hot-Star's downtown location when it opened in 2015. Photo by Hector Vasquez.

Hot-Star's first week of opening in 2015 (back when life was normal) saw hungry crowds form massive lineups at the 16-seater.

It gained popularity in Toronto for its outrageous 30-cm-long fried chicken cutlets, which were invented in Taipei in 1992 and took the Shi-Lin Night Market by storm in 1999.

By 2017, Hot-Star launched a second location in North York. That location, along with a stall in Pacific Mall, reopened during lockdown last summer for delivery.

But Hot-Star downtown has remained close, and the 1,300-square-foot unit on Yonge has been listed on Realtor.ca since.