A Toronto restaurant owner is at a loss after being forced to pay out of pocket for 'missing' delivery food orders.

It's no secret that restaurants miss orders every once in a while, says Kevin Su, owner of East Chinatown's Dine & Dim.

But an ongoing string of people reporting unlikely items missing from their meals has led Su to believe that certain customers are taking advantage of a glaring delivery app loophole that leaves businesses vulnerable to fraud. 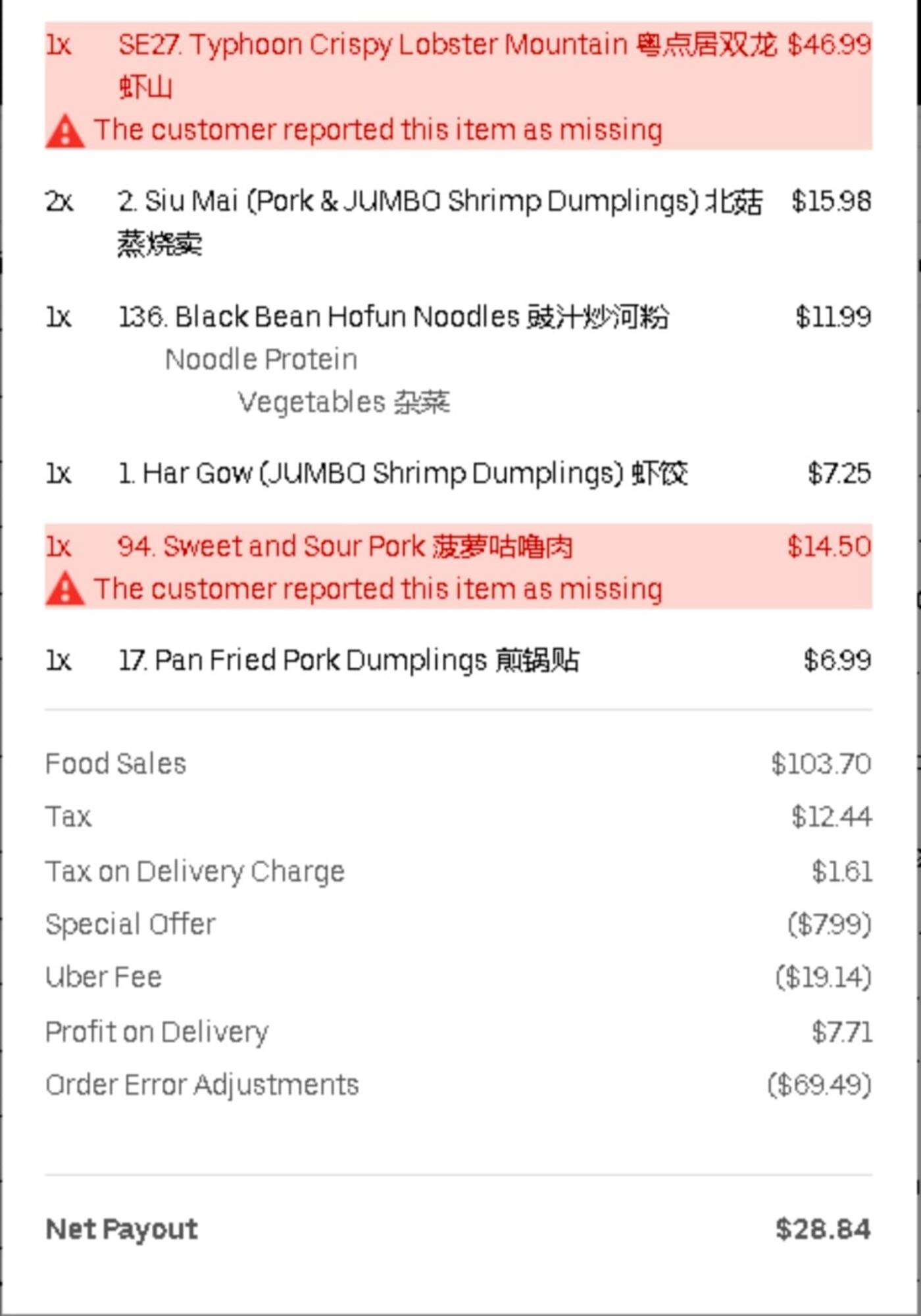 Recently, an order that should have earned Dine & Dim over $100 in food sales only earned the restaurant $28 after tax and Uber Eats' commission.

That's because the customer reported two items missing: a $47 lobster dish and a $14.50 sweet and sour pork.

Uber Eats refunded the customer immediately, no questions asked. Dine & Dim was forced to swallow the loss instead. Su says it was a false claim and likely not the only one.

"It shouldn't be so easy for customers to get their money back without any investigation," said Su to blogTO. "If Uber chooses to take this shortcut, it shouldn't be compensated by the restaurant."

There's always the possibility of human error, says Su: It's not totally uncommon for restaurants to leave out small items or for whole meals to be delivered to the wrong address.

But he says it's unlikely that a restaurant would forget to include their largest and most time-consuming, not to mention expensive, orders in a bag.

Su also runs Juzz Sushi, at Queen and Logan, and once had a customer report that they never received their $95 sushi tray, nor their $8 roll.

They did, however, report getting their two miso soups for a grand total of $5. Juzz Sushi ended up footing a bill over $100. 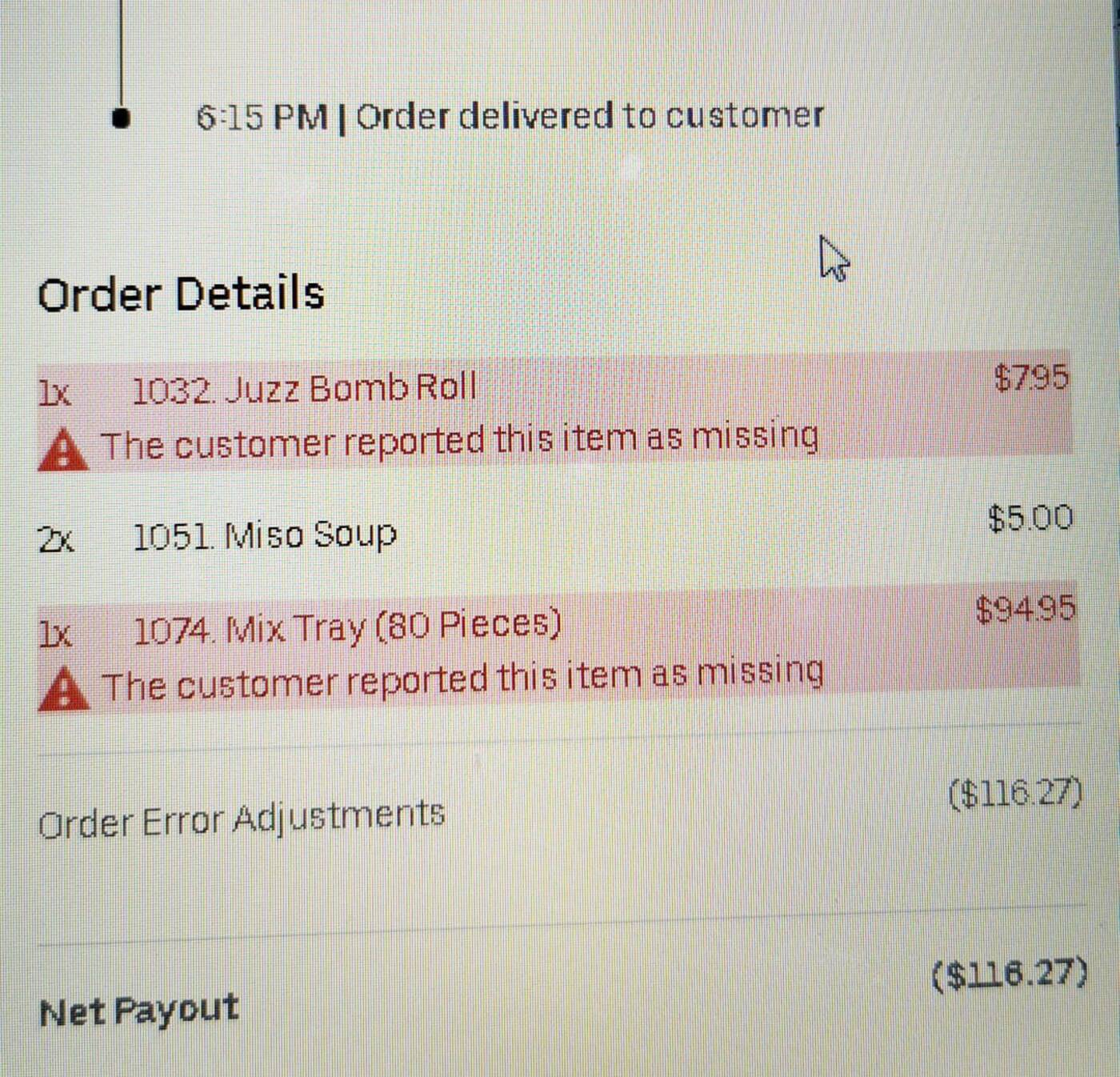 One customer of Juzz Sushi reported everything missing except two soups. Photo via Kevin Su.

Restaurants can safeguard themselves by taking pictures of every order, but that process can be difficult to keep up for busy restaurants, says Su.

But generally, customers are refunded almost immediately, and the cost of missing items are deducted directly from restaurant payouts.

Plus delivery apps still collect commission based off the original price of the order. When it comes to claims of nonexistent orders, proof is a moot point, and restaurant owners and couriers are the ones who take the hit.

"It happens often, some make sense and some don't," says Su. "I totally see that it's normal to have missing items. Some just doesn't makes sense by having 2/3 of the items missing."

The restaurant owner says he doesn't want to shame customers, but hopes that they reconsider trying to finesse a free meal at the expense of a business, especially during a pandemic.