This is Toronto's secret spot for homecooked Nigerian food

SK Cookks has its origins in Etobicoke back in 2017, when owner Sasilka Shallangwa first identified a gap in the African food industry in Toronto.

After having to close their dine-in location during the lockdowns, SK now operates solely as a takeout spot in Liberty Village, where they make dishes like meat pies, spring rolls, grilled fish and peppered snail for pickup and delivery. They're hoping to convert it to dine-in once the city opens up. 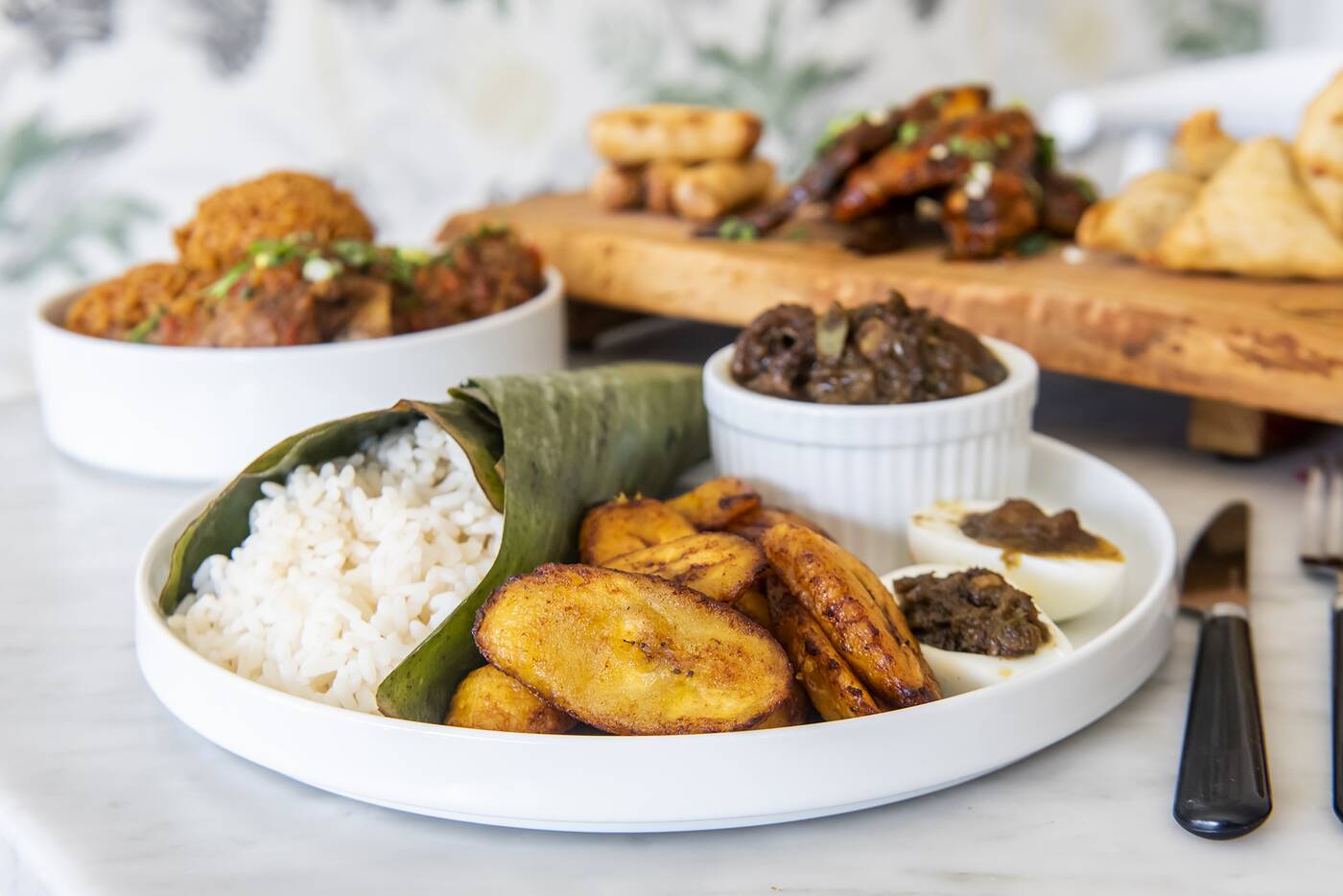 "Migrating to Canada, there were a lot of East African restaurants, but the West African cuisine was not as popular," Shallangwa tells blogTO. 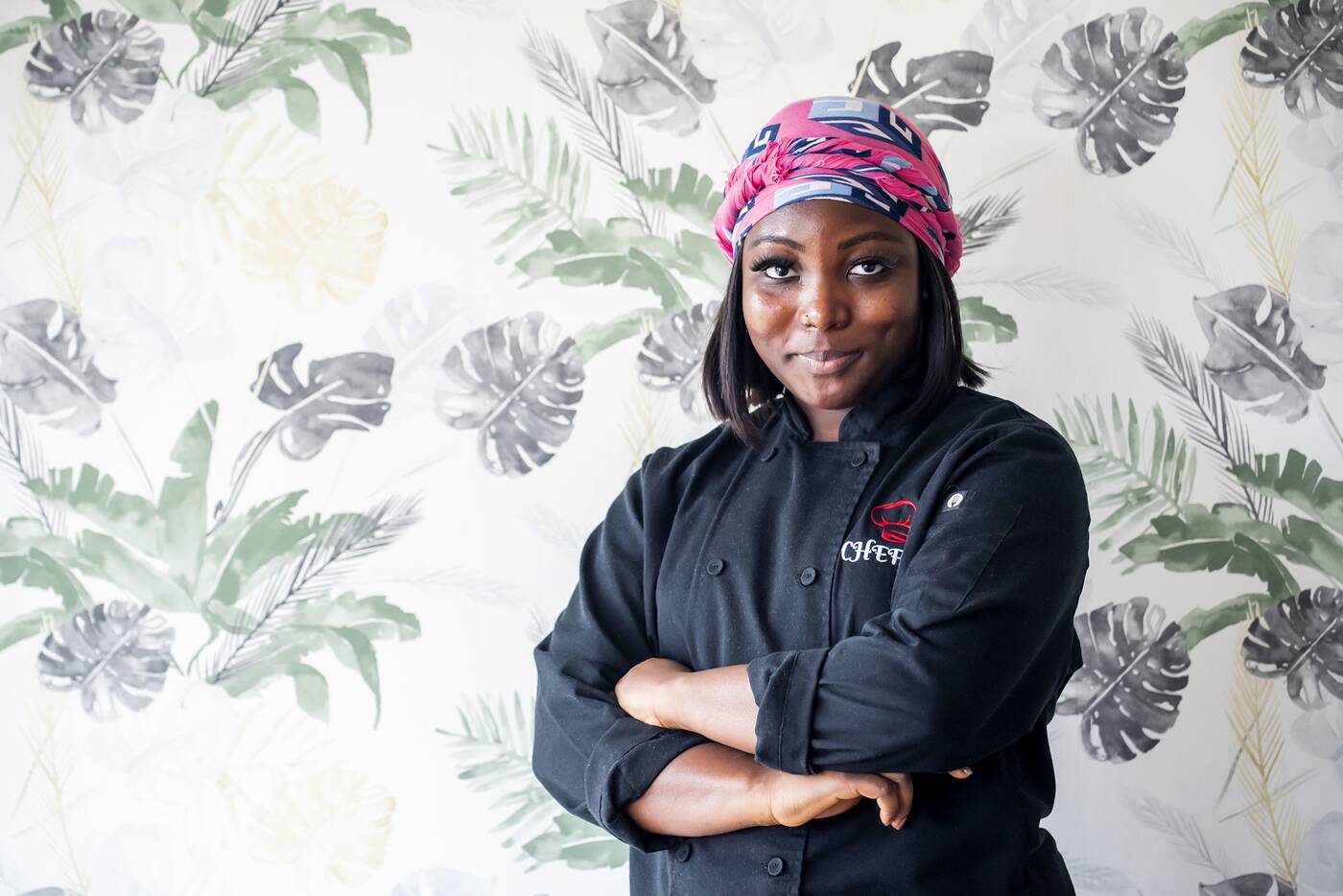 She says the first part of the name of the restaurant is essentially an abbrevation of Shallangwa's first name. She didn't explain the extra "k," presumably to retain an air of mystery. 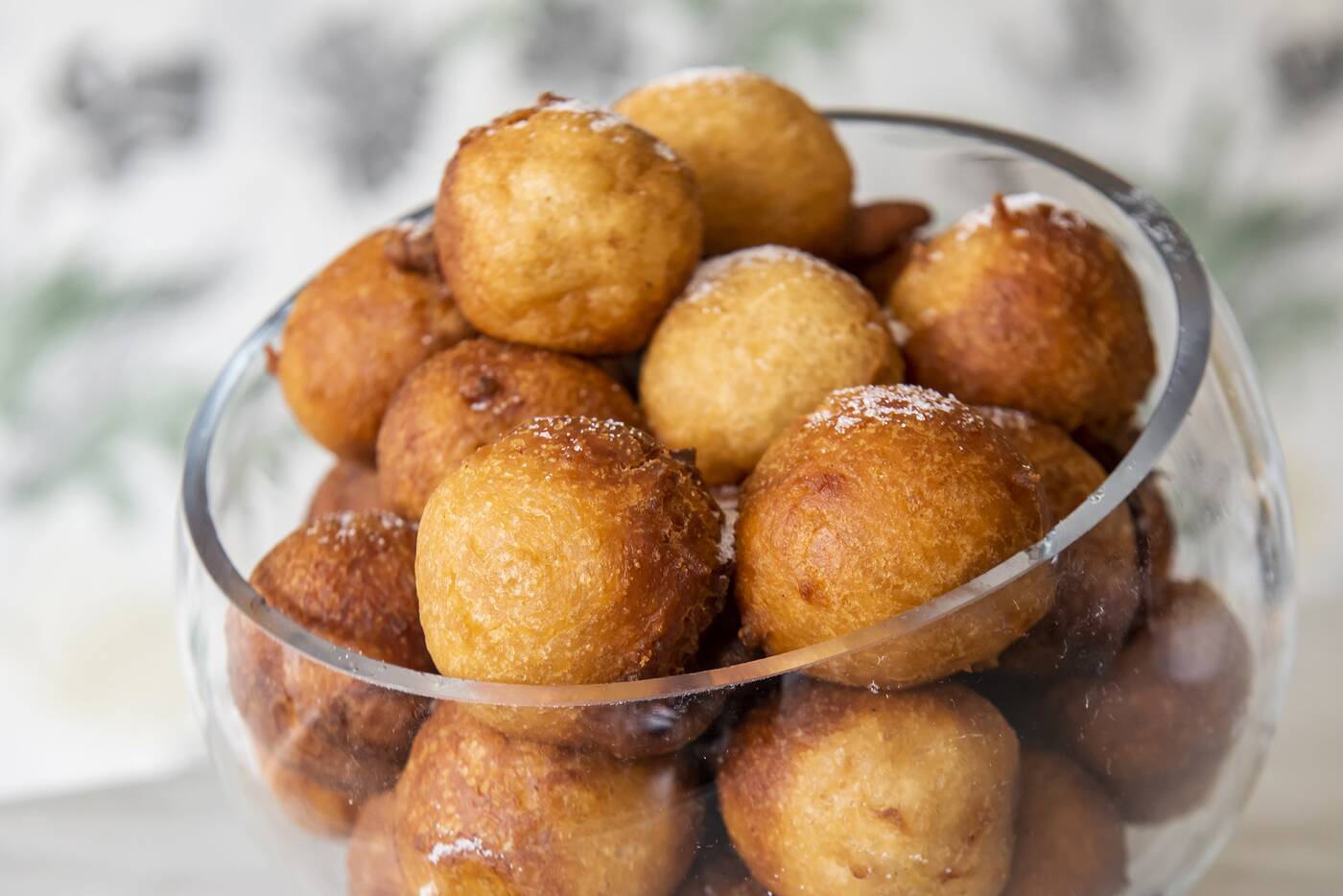 She grew up in his mother's restaurant, and has been boning up on her skills at George Brown since opening in Liberty Village.

"It was important for us to have representation and share our culture with the city," she says.

"As we know, finding quality, home-cooked meals in the diaspora is always a chore; SK Cookks was birthed to solve that problem." 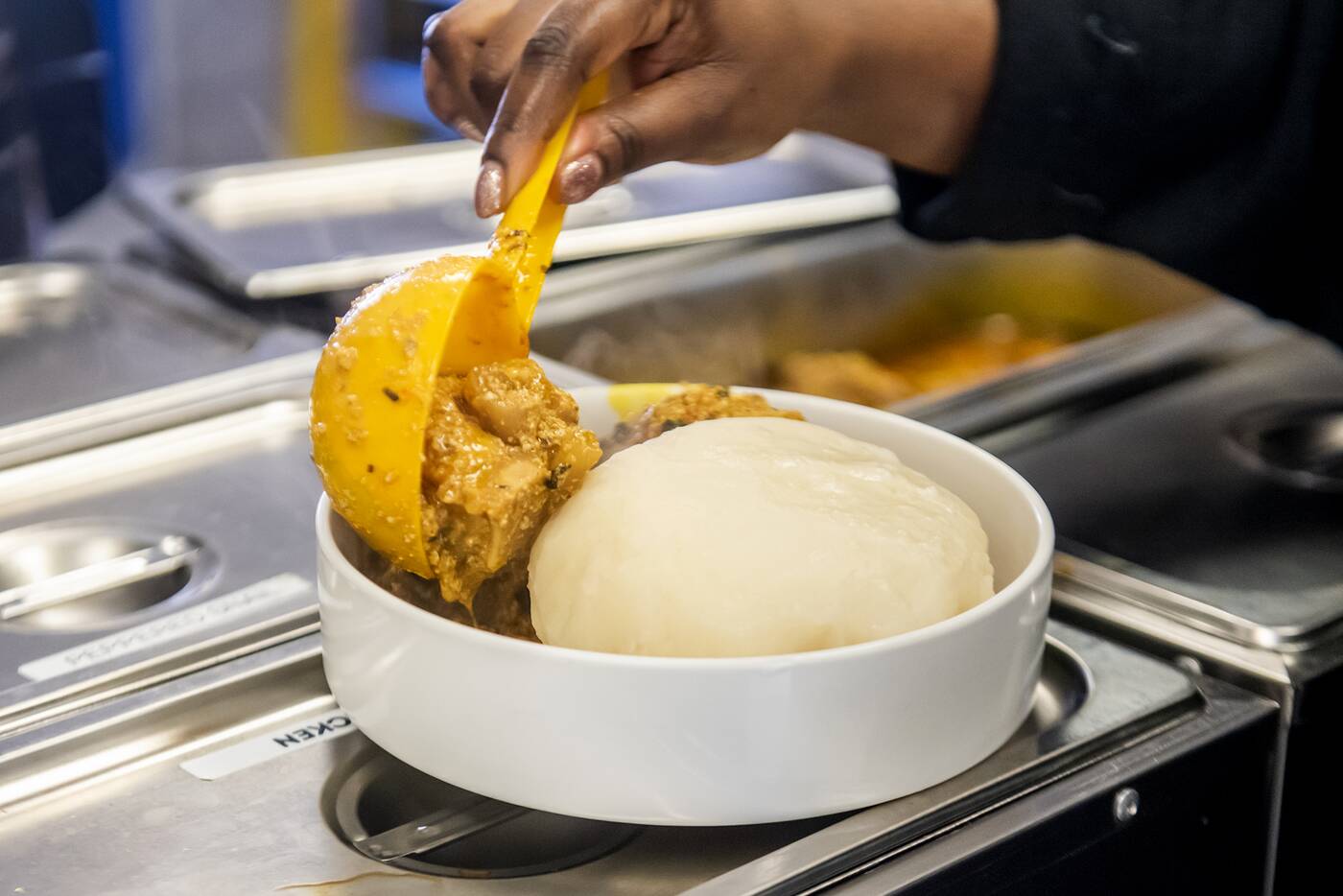 They're on the delivery apps, and on their menu you'll find dishes like egusi, a stew of various meats with melon seeds, ugwu leaves (sometimes known as pumpkin leaves, rich in nutritional benefits) and African pepper sauce. 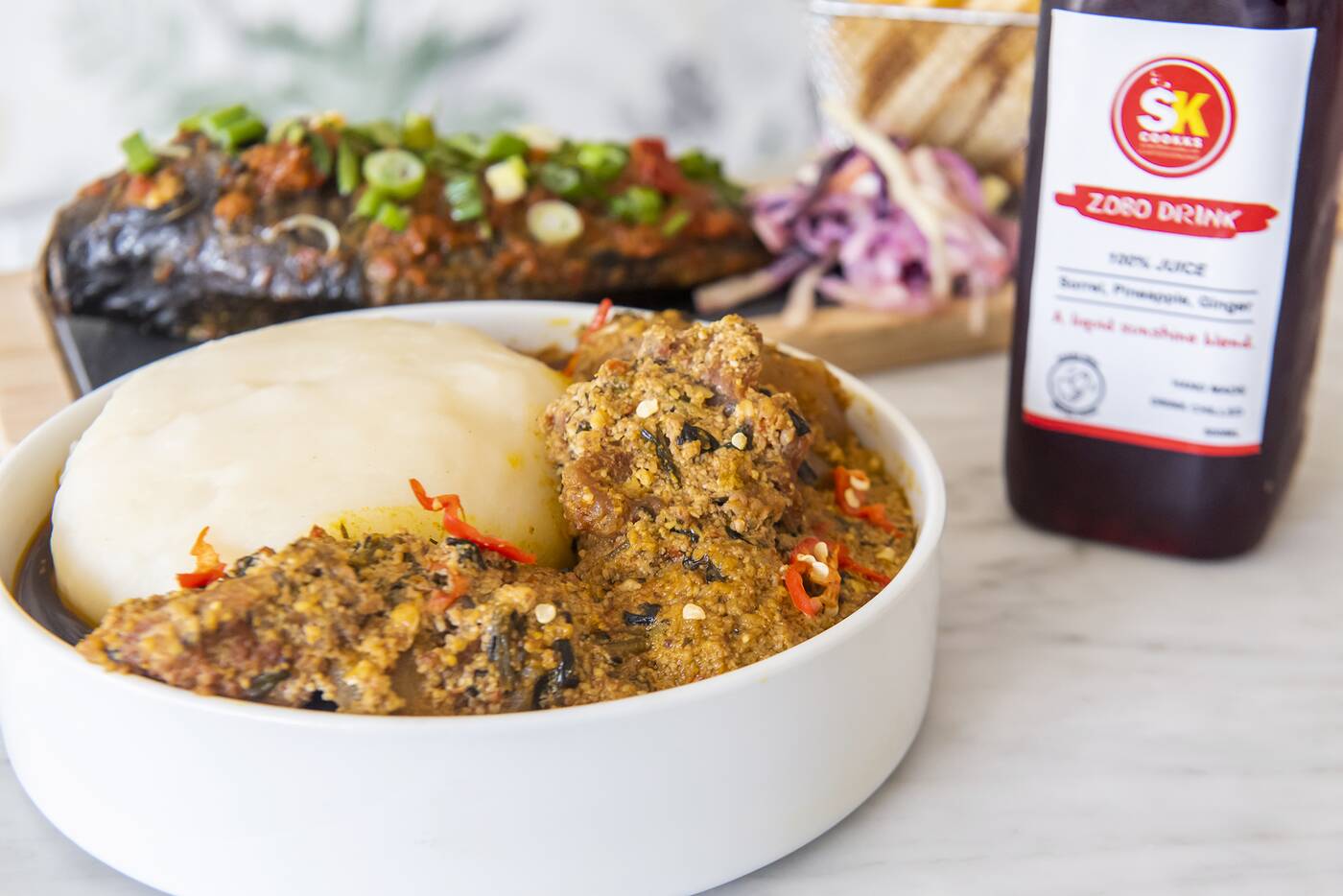 Efo riro is similar, a stew of spinach and meat with pepper sauce. 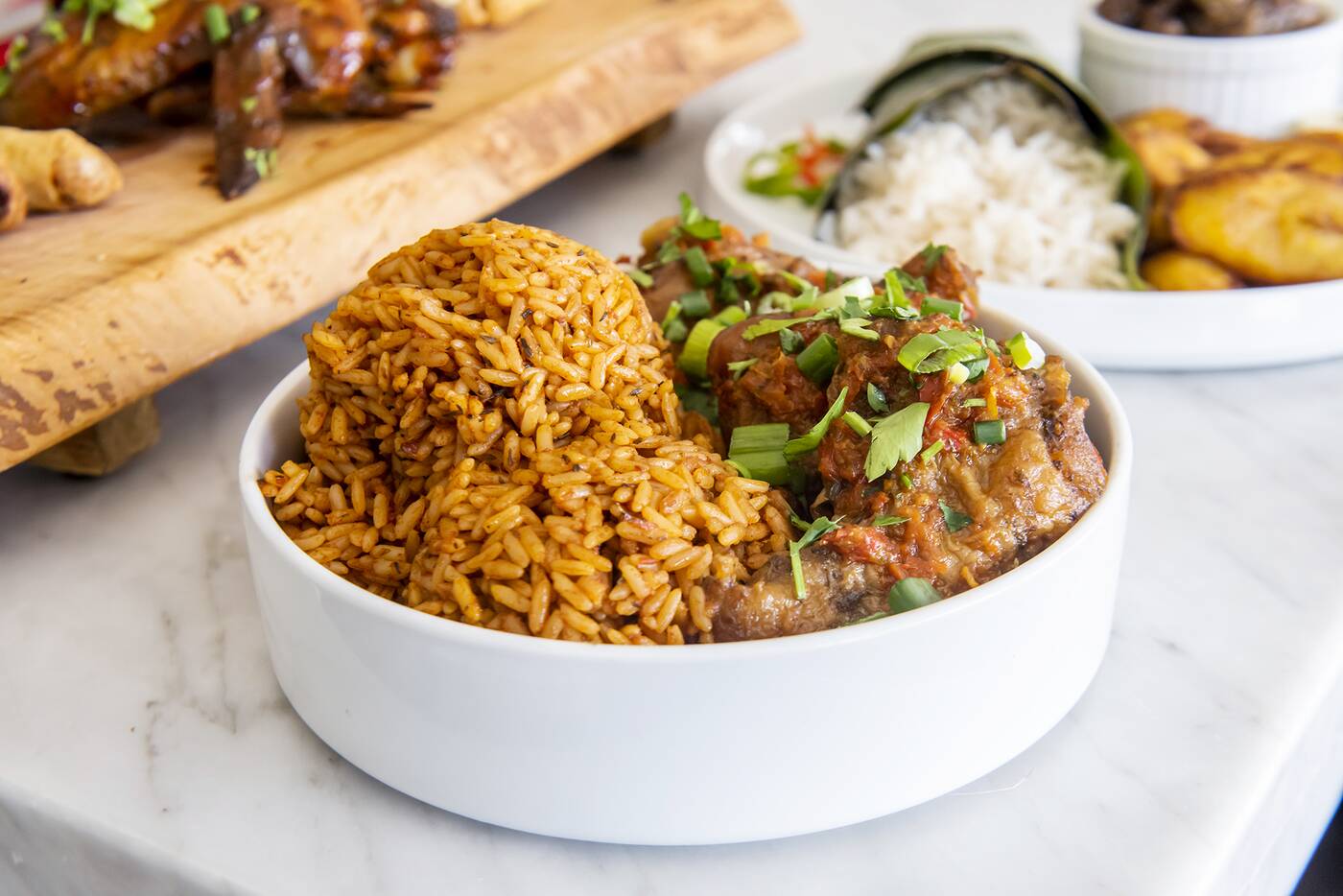 "Africa is a very diverse continent and we have so many different ethnic groups and delicacies," says Shallangwa. "However, there are items that cut across all cultures and are ever-present at every African party. These are the items you find on our menu." 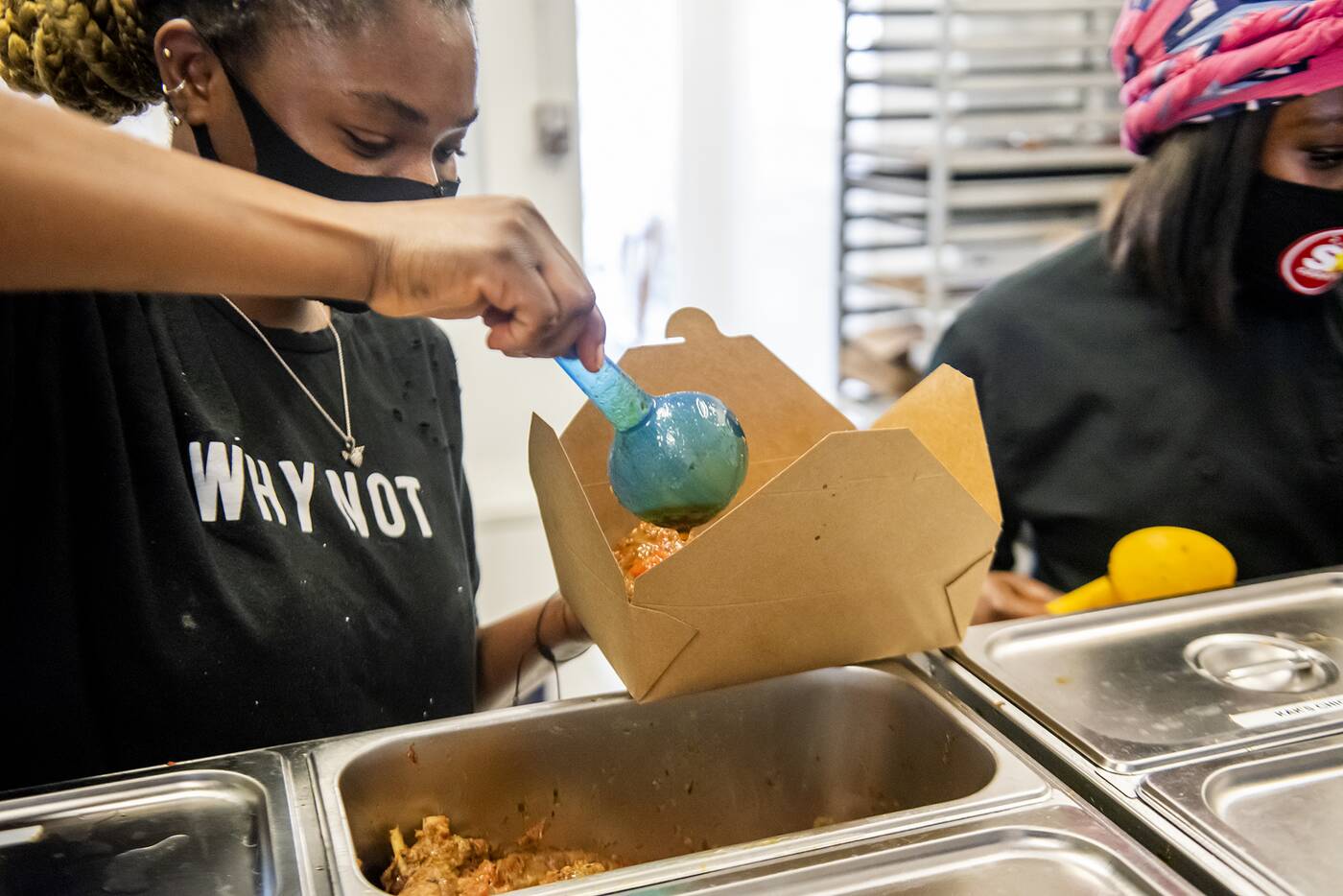 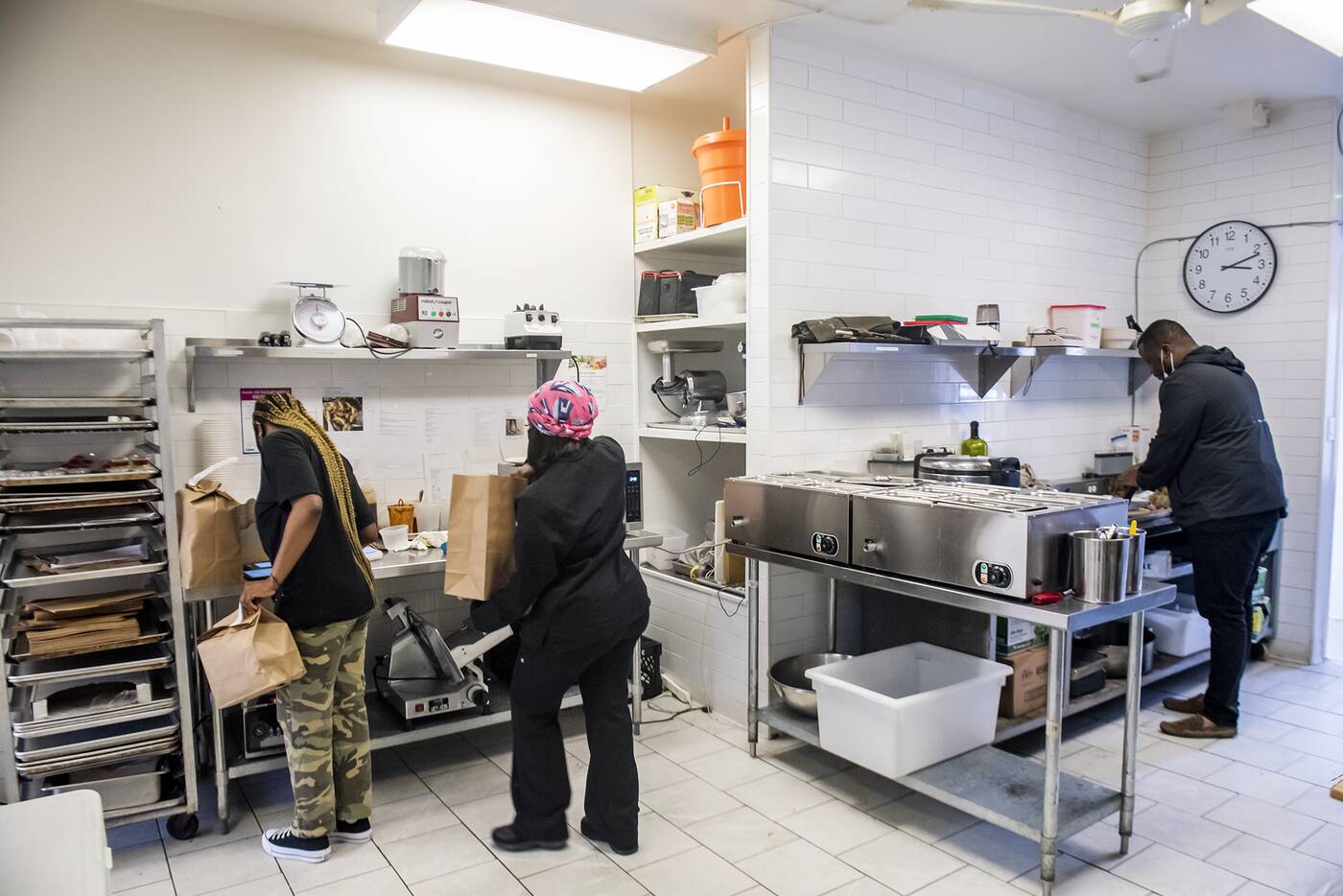 "Kak's" grilled chicken is a dish of chicken that's been marinated in spices then grilled and paired with pepper sauce. 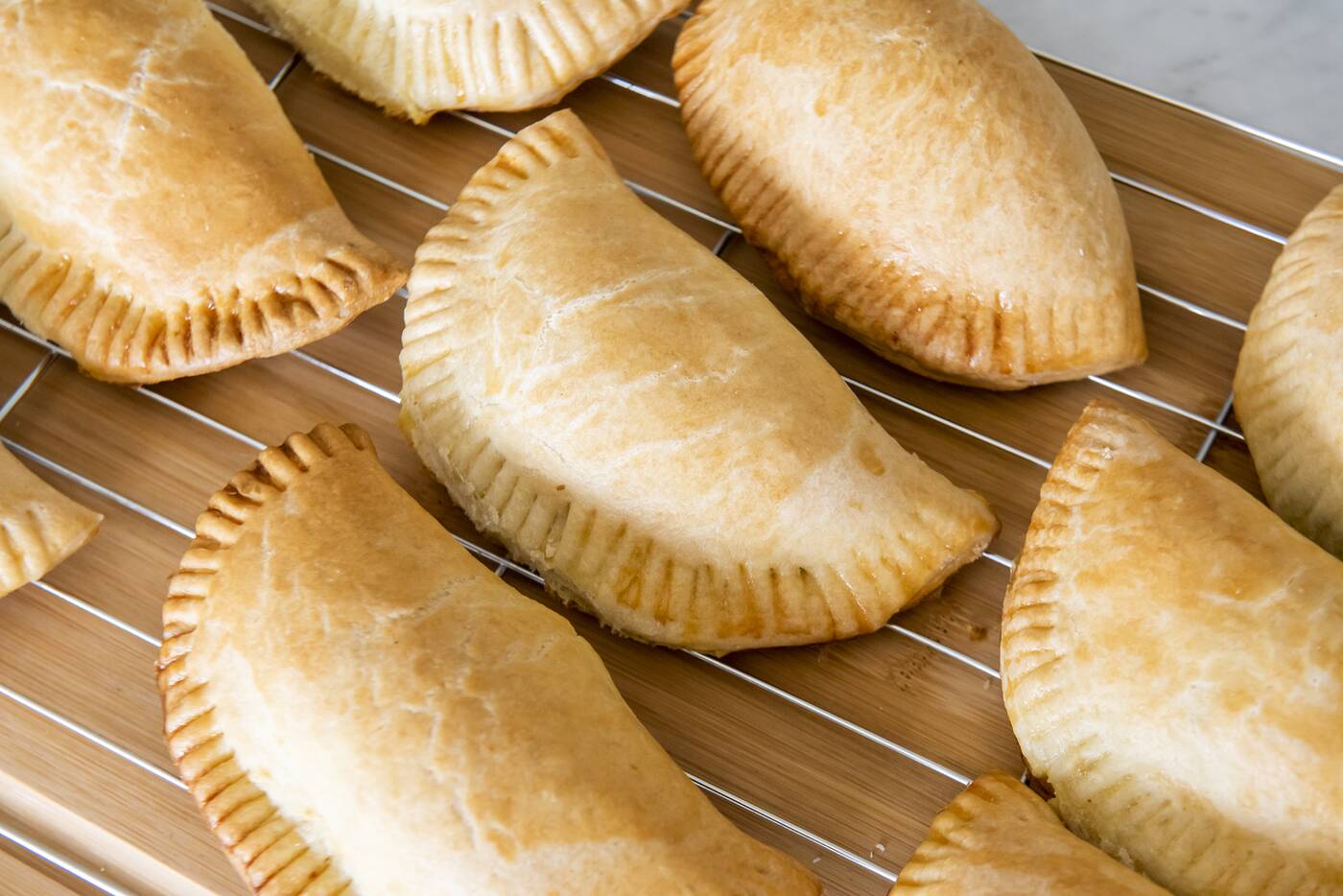 "We chose these specific items for all the nostalgic Africans in Canada, to remind them of home every time they need a hug," says Shallangwa. 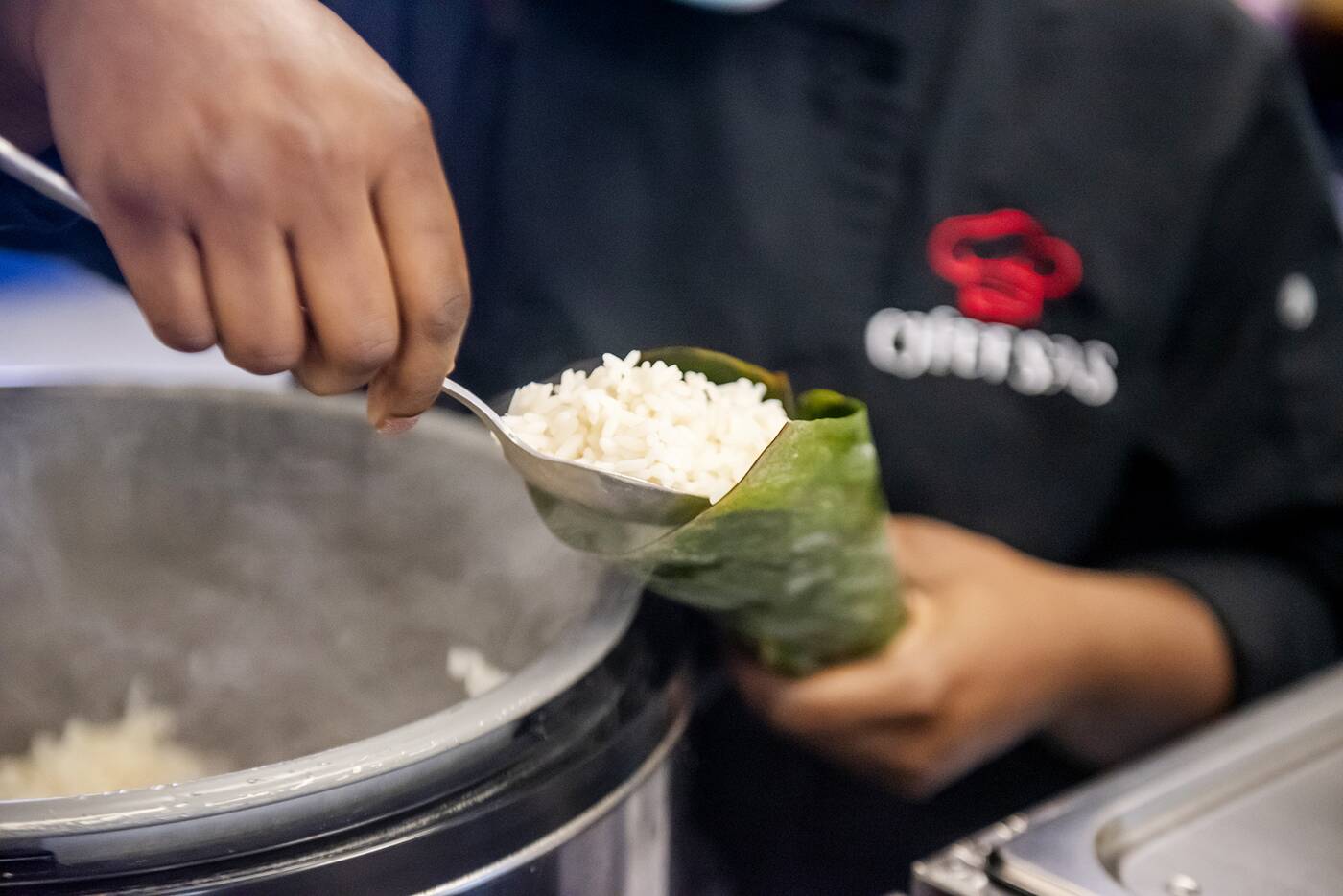 Some items even come traditionally wrapped up in leaves. 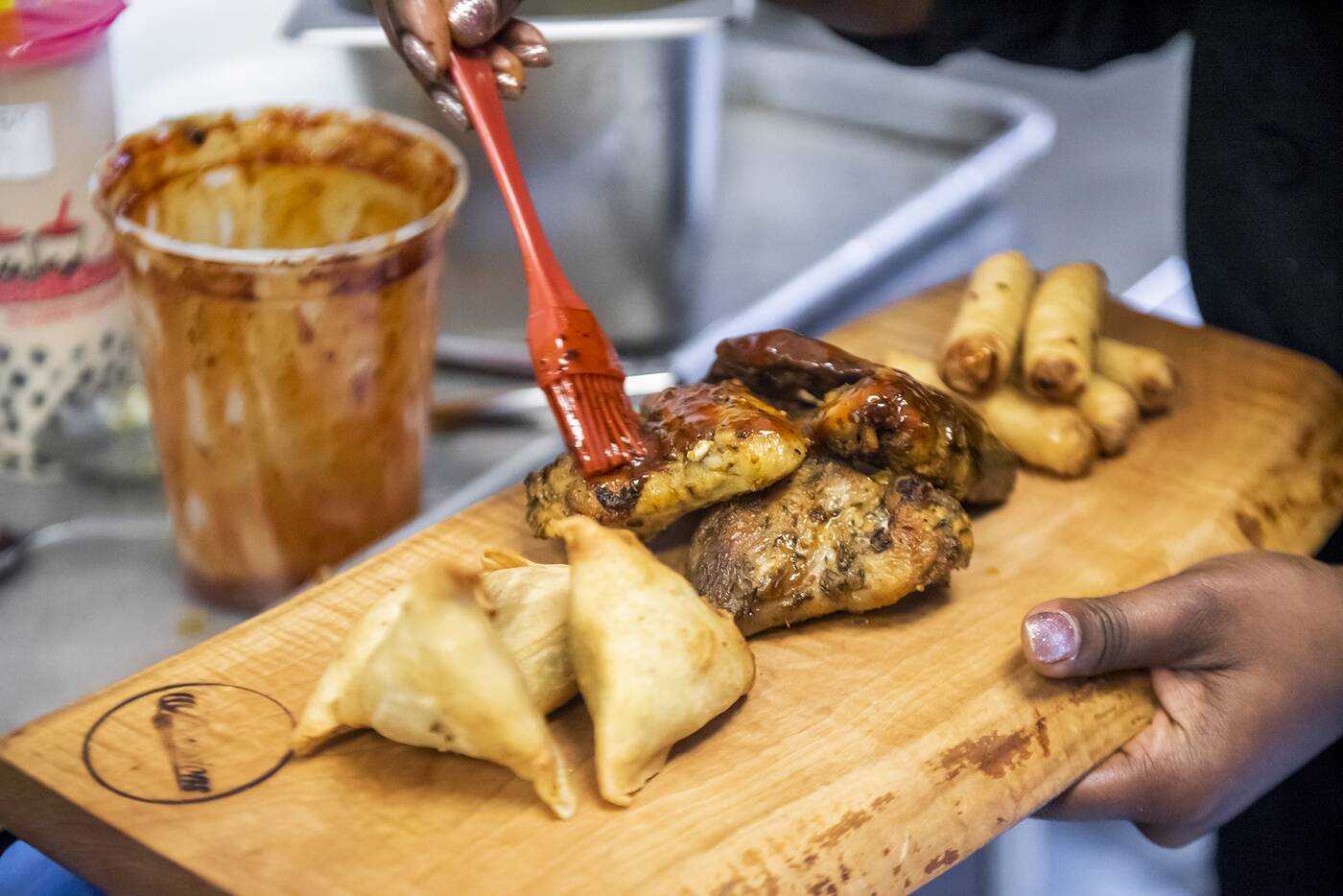 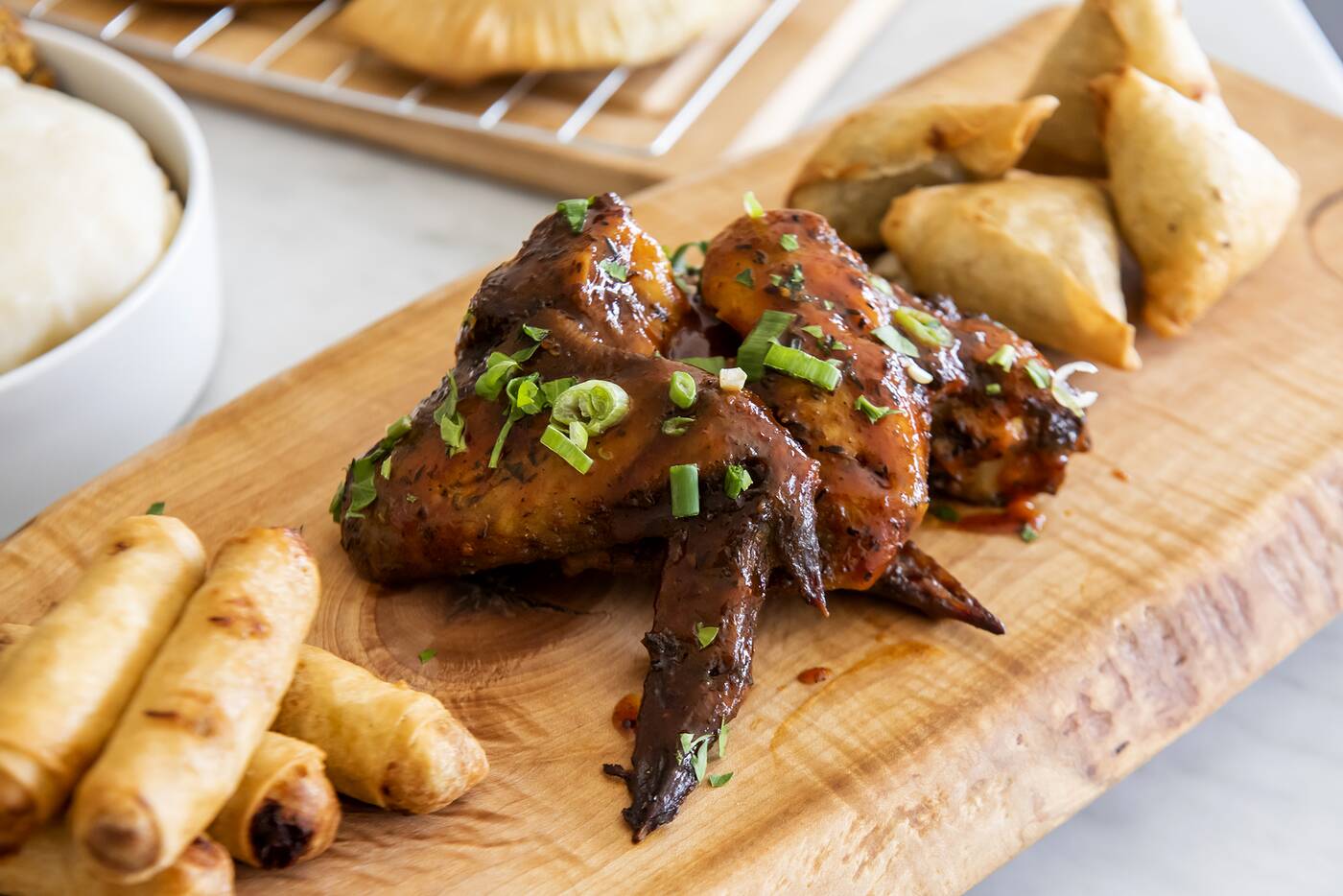 There are also wings, done in a Nigerian sweet-heat style. 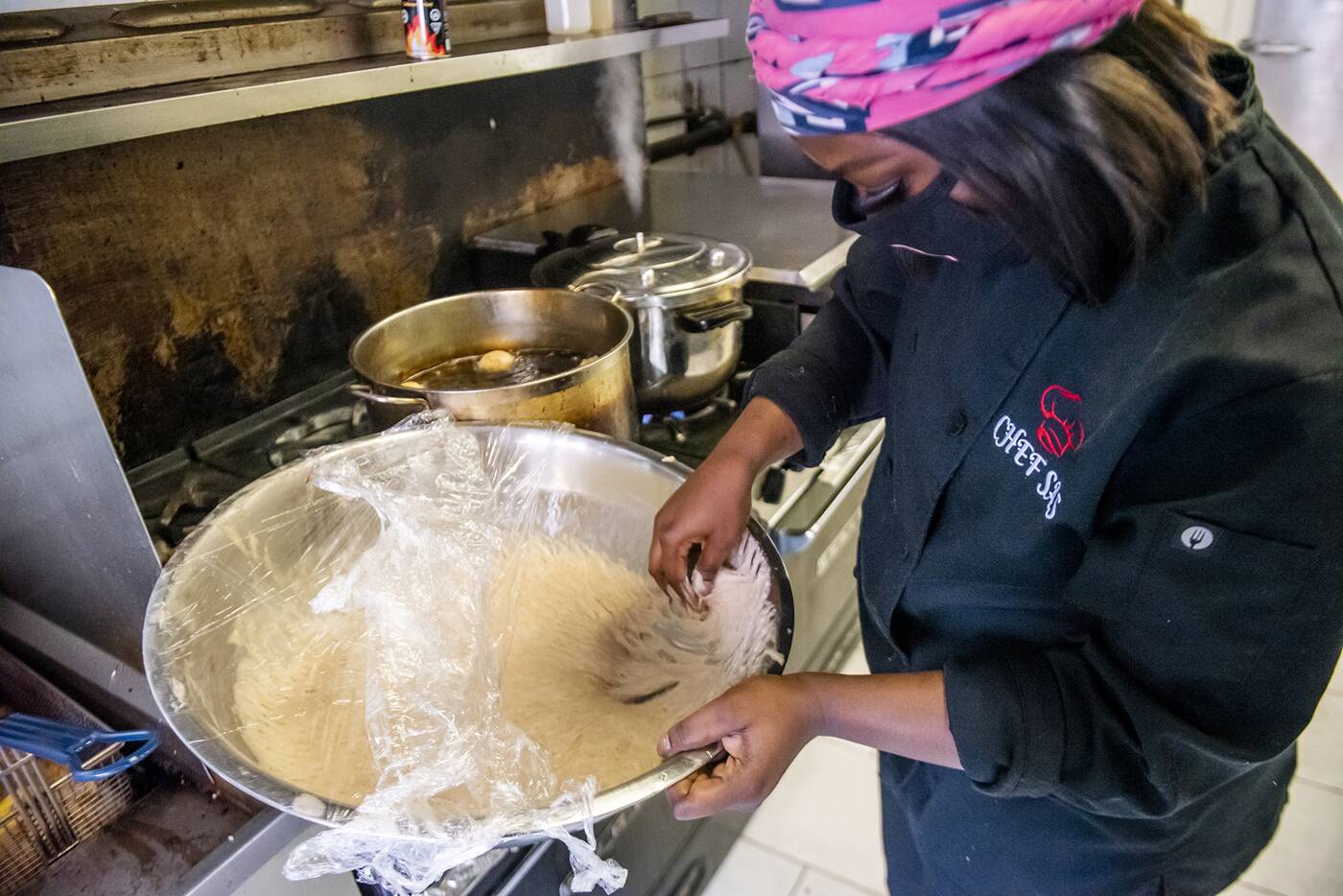 The most mandatory side to go with more traditional dishes, however, is puff-puff, a starchy accompaniment made by hand that can be used to dip into the stews and soak up their flavours. 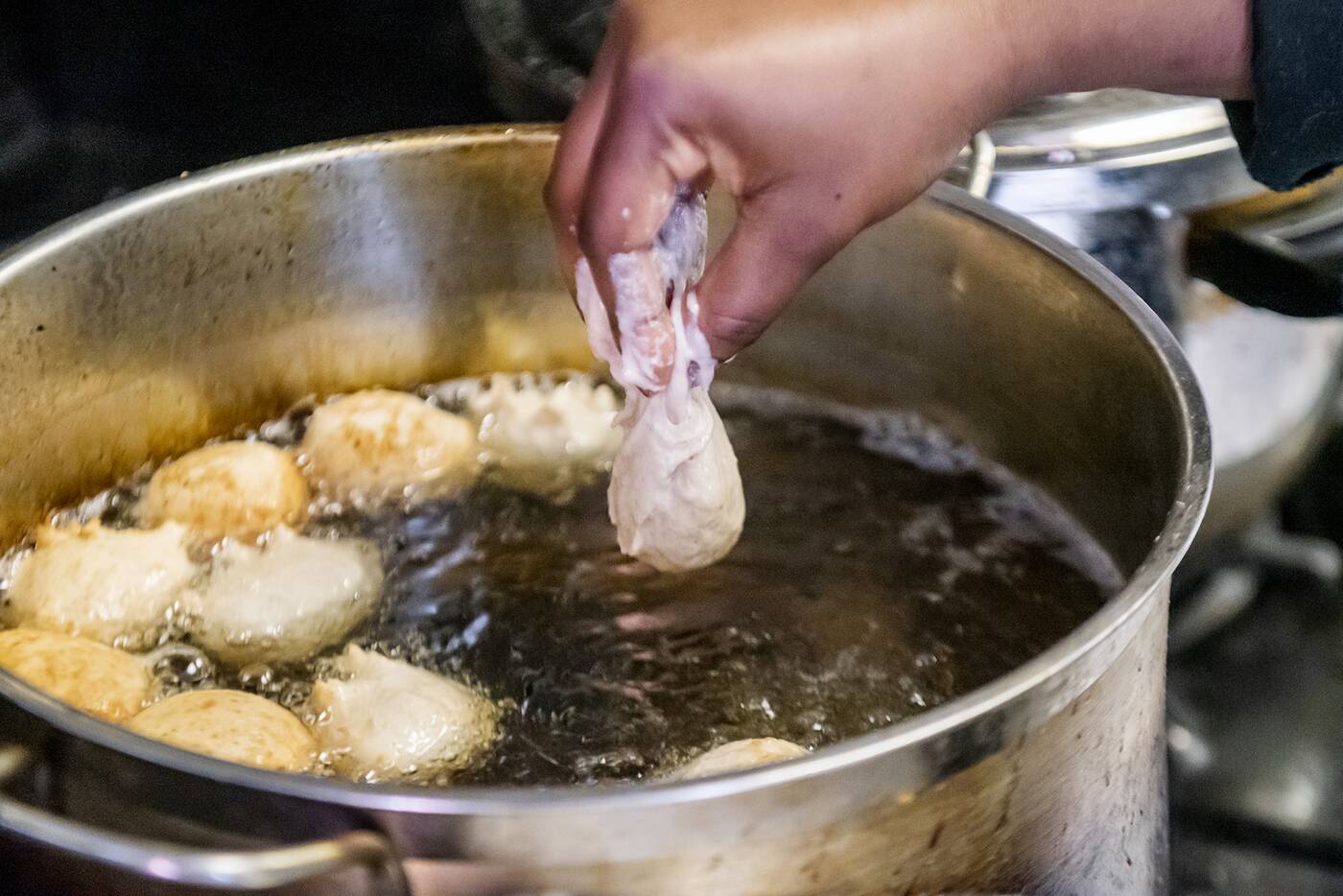 For a visual showstopper, there's marinated whole grilled tilapia with a spicy sauce. 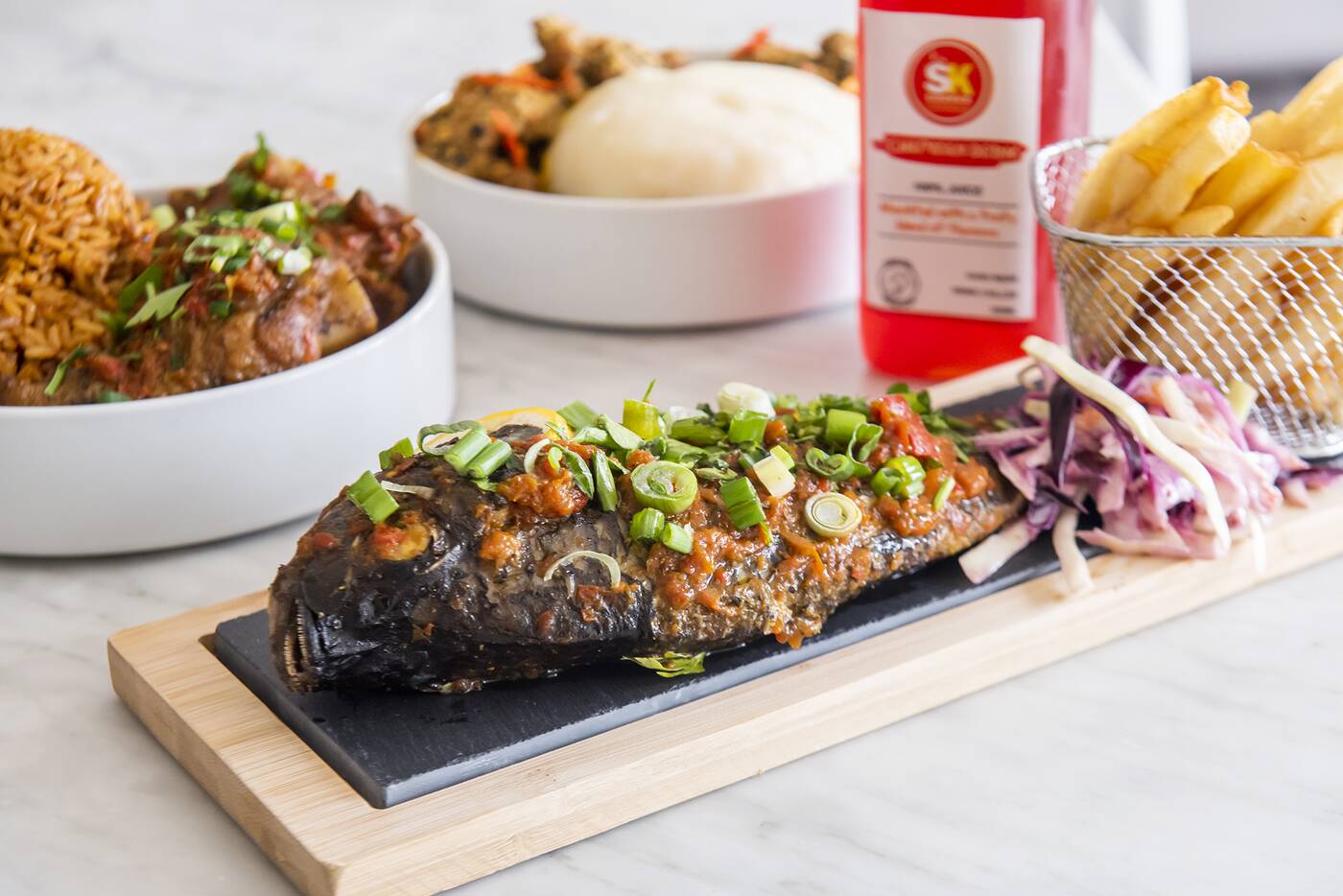 To wash it all down, there are traditional drinks made in-house, like Chapman (usually a mix of Fanta Orange, Sprite, some Angostura, and a couple of other goodies) and Zobo (similar to sorrel drinks in the Caribbean and Mexican agua de jamaica), as well as other familiar commercial faves like Vita Malt and Island Soda. 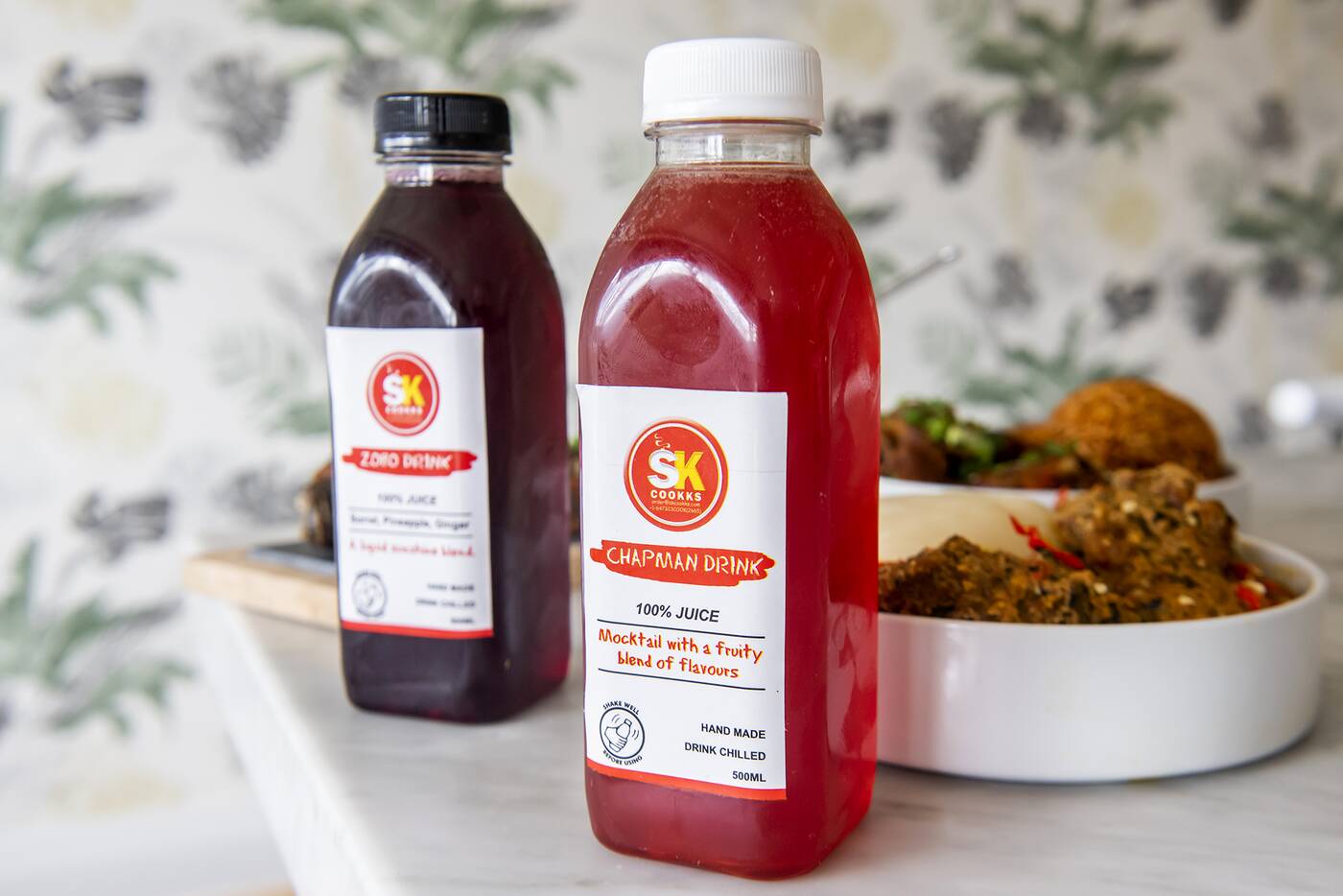 "The most important part of African food is in the culture and the festival of flavours we offer," Shallangwa says.

"For me, this journey is about representation in the food industry in Canada. The more people try them, it means we are making progress daily. These dishes are our voice in the city."