A McDonald's in Toronto that closed for renovations to be modernized from its beloved, classic style is really upsetting the neighbourhood.

That is, if you can judge by the more than 200 comments and 80 shares a post about the changes to a McDonald's on Pape has received on Facebook.

"The lady at McDonald's on Pape told me they are closing today for three months of 'major renovations,'" reads the caption to the post, posted Monday in a local Facebook neighbourhood group by Rob Hart.

"I assume they are going to transform this McD's from the classic, happy, youthful, 1970s style to that new, middle aged, slightly depressed look with straight edges and muted colours." 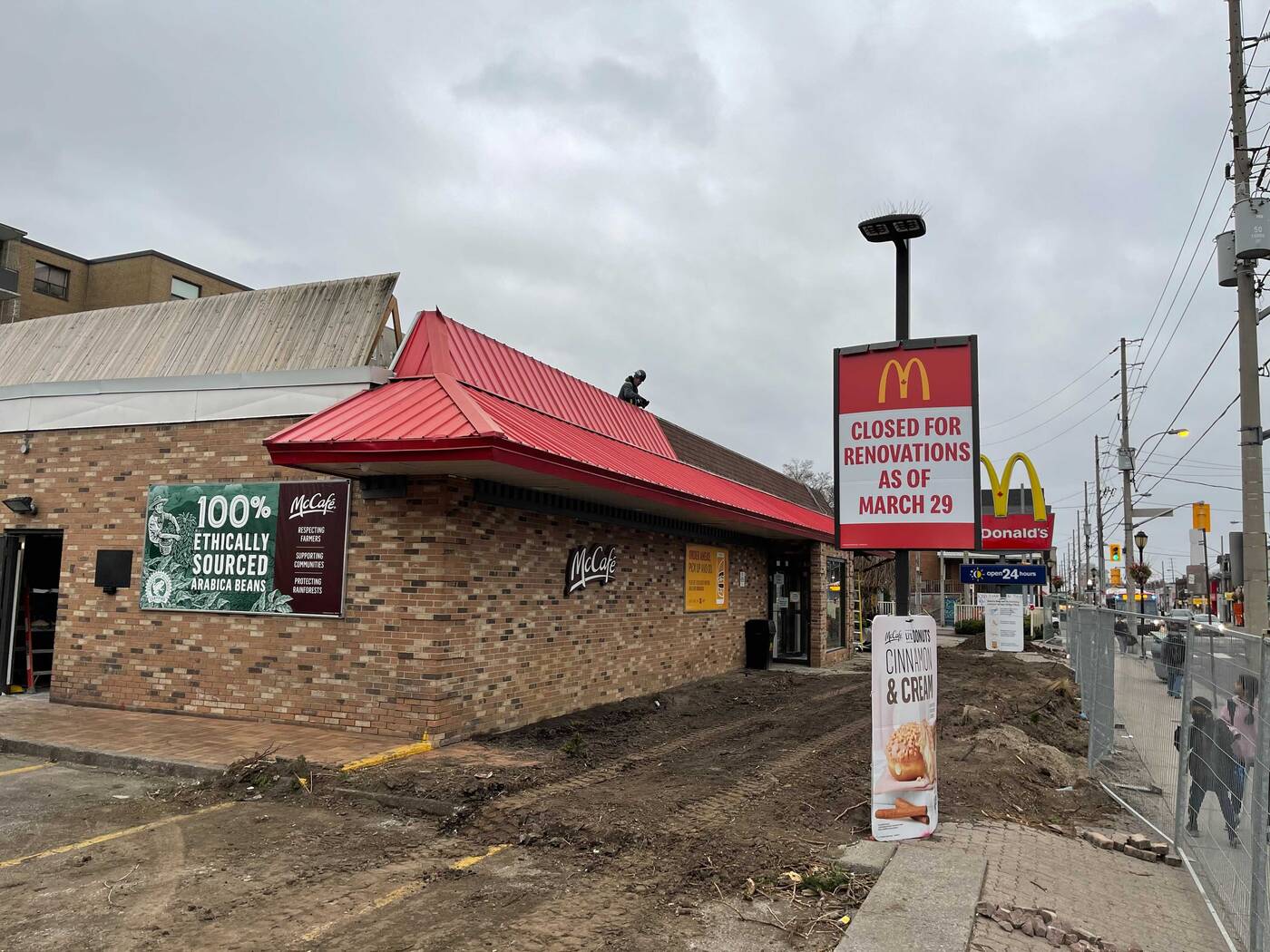 The drive-thru has already been torn up. Photo by blogTO.

He's comparing the style of McDonald's with red roofs and yellow neon with the newer style with more black, square facades. Unfavourably.

"I've known that McDonald's since I was a kid. They opened it when I was 10 or 11. Grew up there," Hart tells blogTO.

"I even worked there for a few months in the 80s, when I was 15. I lost my uniform twice in one week and was too embarrassed to go back."

Commenters on the post have been sharing memories of opening day, working there as long as 40 years ago, and birthday parties old enough that there were ashtrays on the kiddie tables.

"Worked here from 85-87. We were robbed twice, held at gunpoint and I appeared in court as a witness 3 times while I worked here. Aged 15-17," wrote one person. Someone else shared a story of a coffee pot being thrown in their direction at the fry station by a customer.

"Gonna miss the ol French Fry lights on a ketchup roof," says another. "I feel like they should leave this one alone," someone agrees. "I'm all for modernizing but not a brand like this," writes someone else. 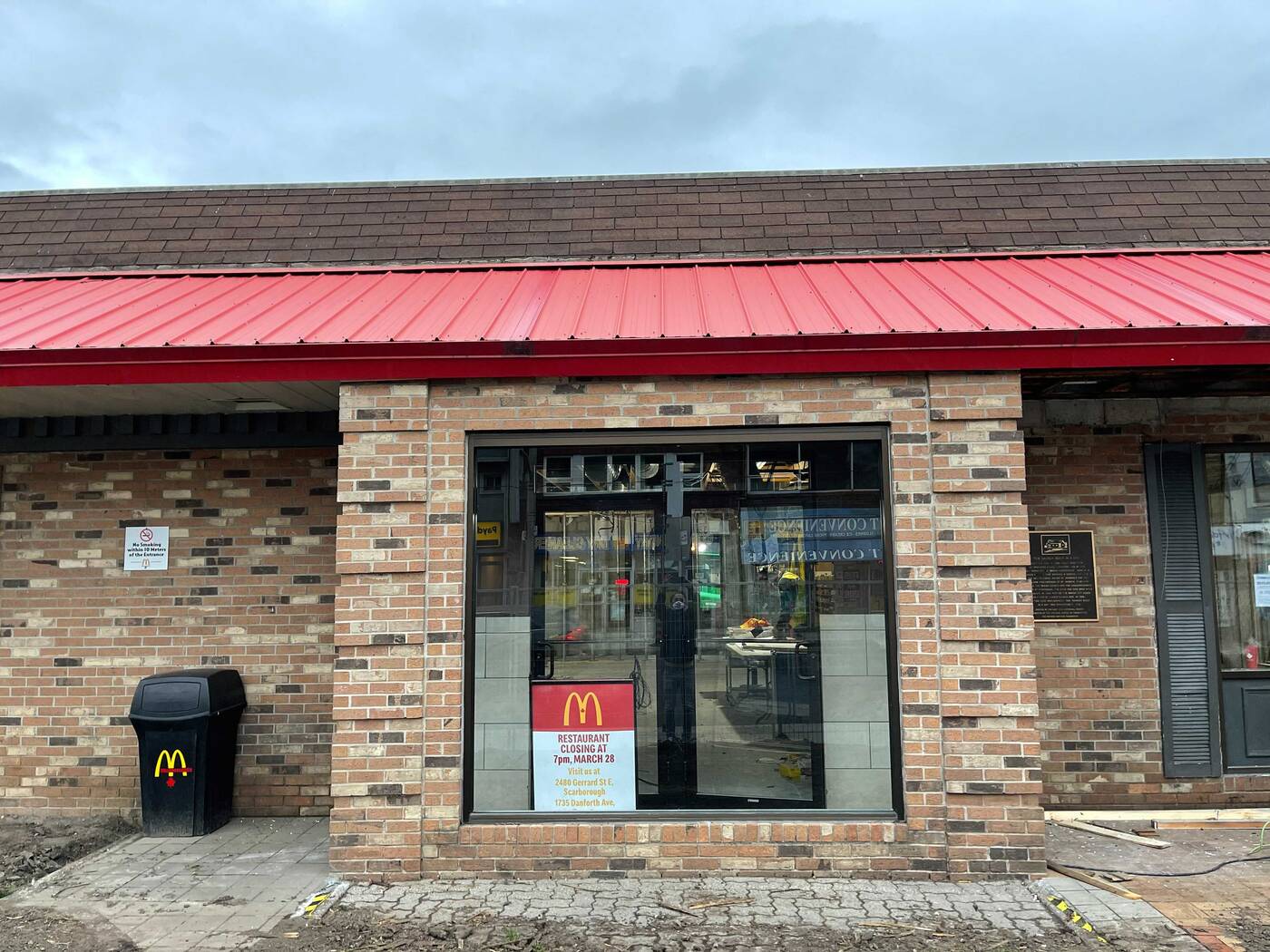 The McDonald's location has already closed and demolition has begun. Photo by blogTO.

Not only do people love the old McDonald's look, they're really not into the new updated way they've been redesigned.

"The new ones look like new jails. Horrible," says one post. "That corner is iconic because of McD's. I love the look of it, saddened it will be transformed to the 'blah' look," said another commenter. "That's so sad we need more places like this everywhere is turning grey and depressing," said another person.

Some can even recall the place being built, and remember the long lost days of having McDonald's pizza at the location.

Not everyone is against the change, however, some noting it feels like space needs an update.

However, one person managed to articulate why exactly people might be against the change.

"This is the Mcds real look and experience. Now they are [going] to make it look like a Starbucks," the commenter wrote.

"It used to be a place to take the kids for lunch, dinner or where teenagers met for fast food. Now it will look like something for adults only. I will miss the old look."