After years of Italian food with panoramic views of the city—and, on a clear day, a glimmer of Rochester, New York, across the lake—the hotel has confirmed that Toula will not be reopening.

It's been over a year since the restaurant has been active on social media. Hotels across Ontario closed in response to the onset of the pandemic, and it's been radio silence from Toula since March 2020.

It's unclear what will replace the 38th floor business, often seen as the less iconic version of the CN Tower's 360 Restaurant.

A representative from the hotel confirmed that the restaurant will likely not be returning to the space.

Toula owners Ursual Wolfel and Luca Viscardi could not be reached for comment. 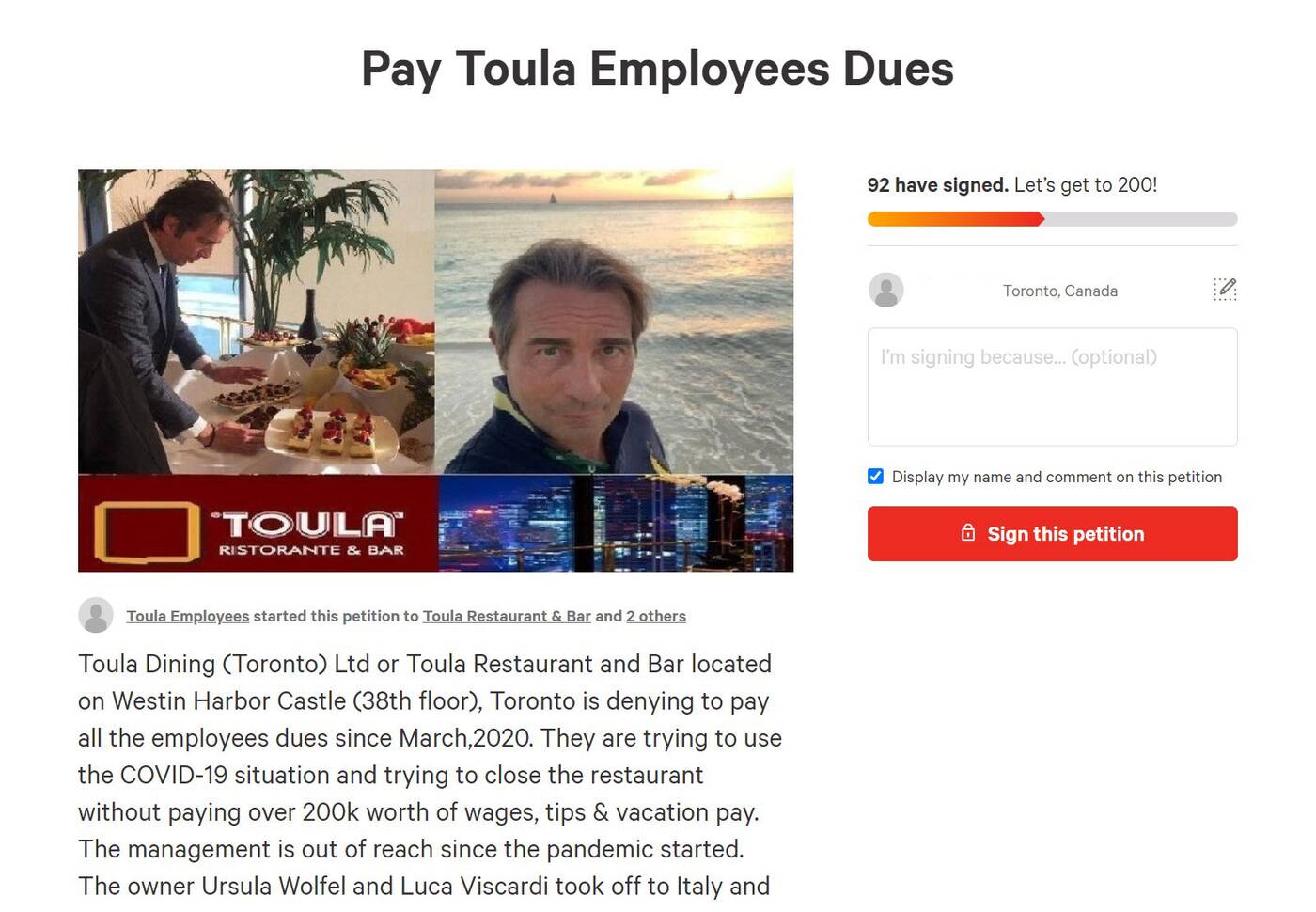 They have also not responded to allegations from employees who claim that the restaurant owes over $200,000 in wages, tips, and vacation pay to hundreds of employees.

According to a petition posted in late March, former staff have allegedly not been able to contact Toula owners to rectify the situation for over a year. The organizers of the petition could not be reached for comment.