Many people wouldn't open a food truck in the middle of winter in Toronto, but for one couple who lost their jobs, there was no other choice.

Rob Lalonde and Jen Liu have a combined 35 years of experience in the food and beverage industry, and up until the pandemic hit were the chef and general manager respectively at buzzy Chinese restaurant SoSo Food Club. 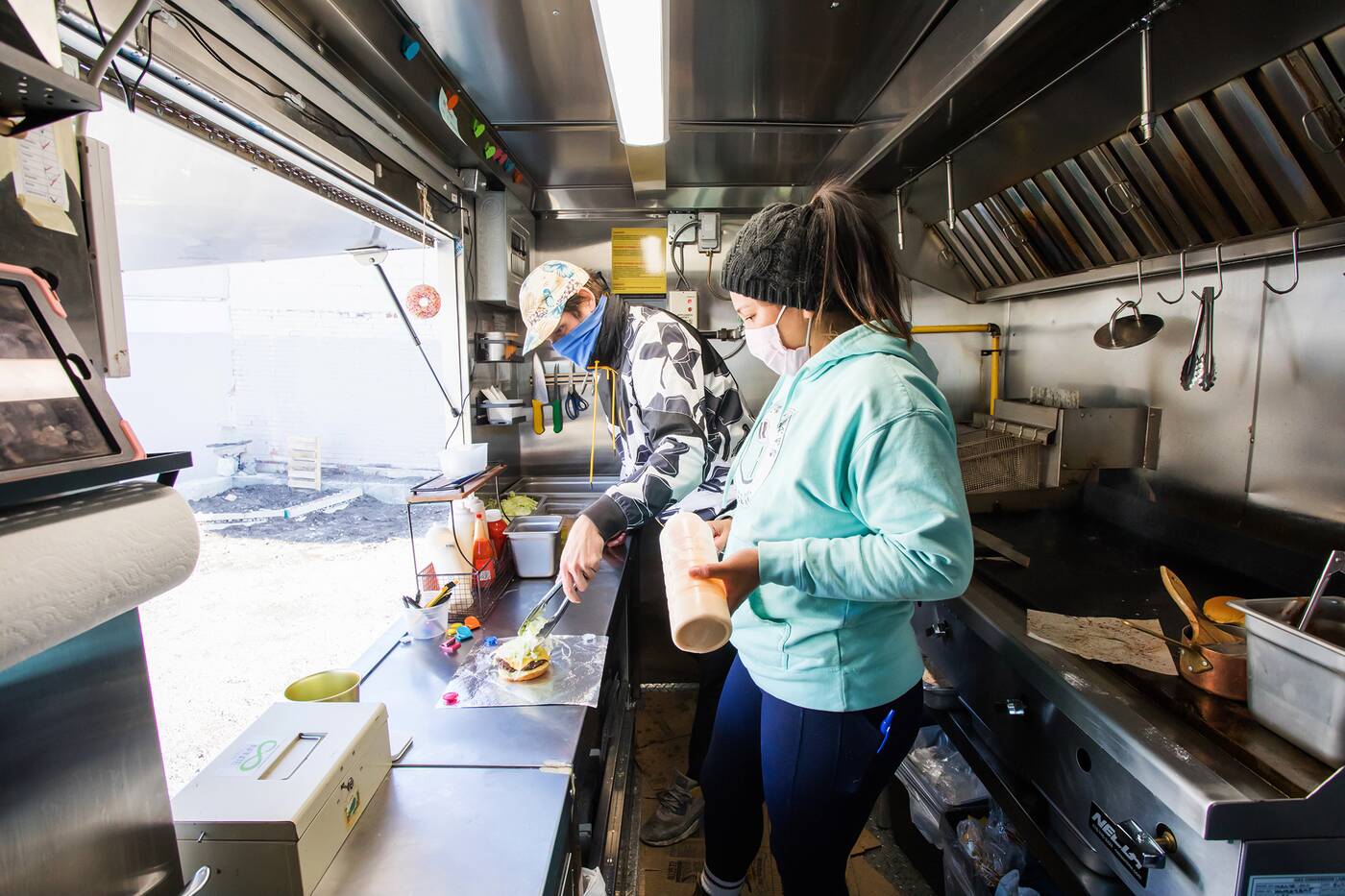 The restaurant itself was subject to a massive "pivot," becoming wine shop Grape Crush instead of a dining spot. 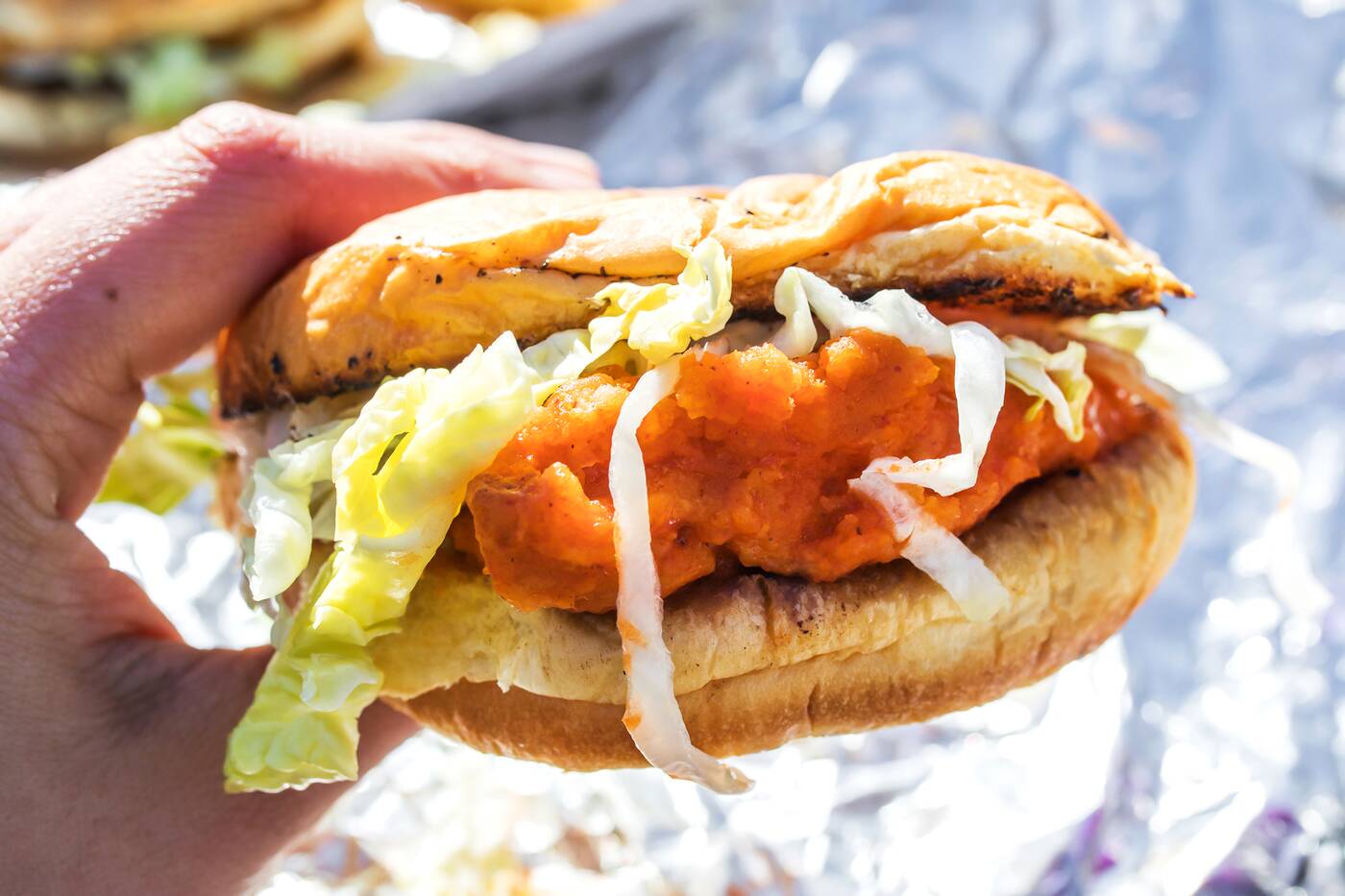 Lalonde had always had ambitions of opening a restaurant of his own, but due to concerns about feasibility, cost and the uncertain landscape the pandemic has created were what made them open up food truck Home Appliances. 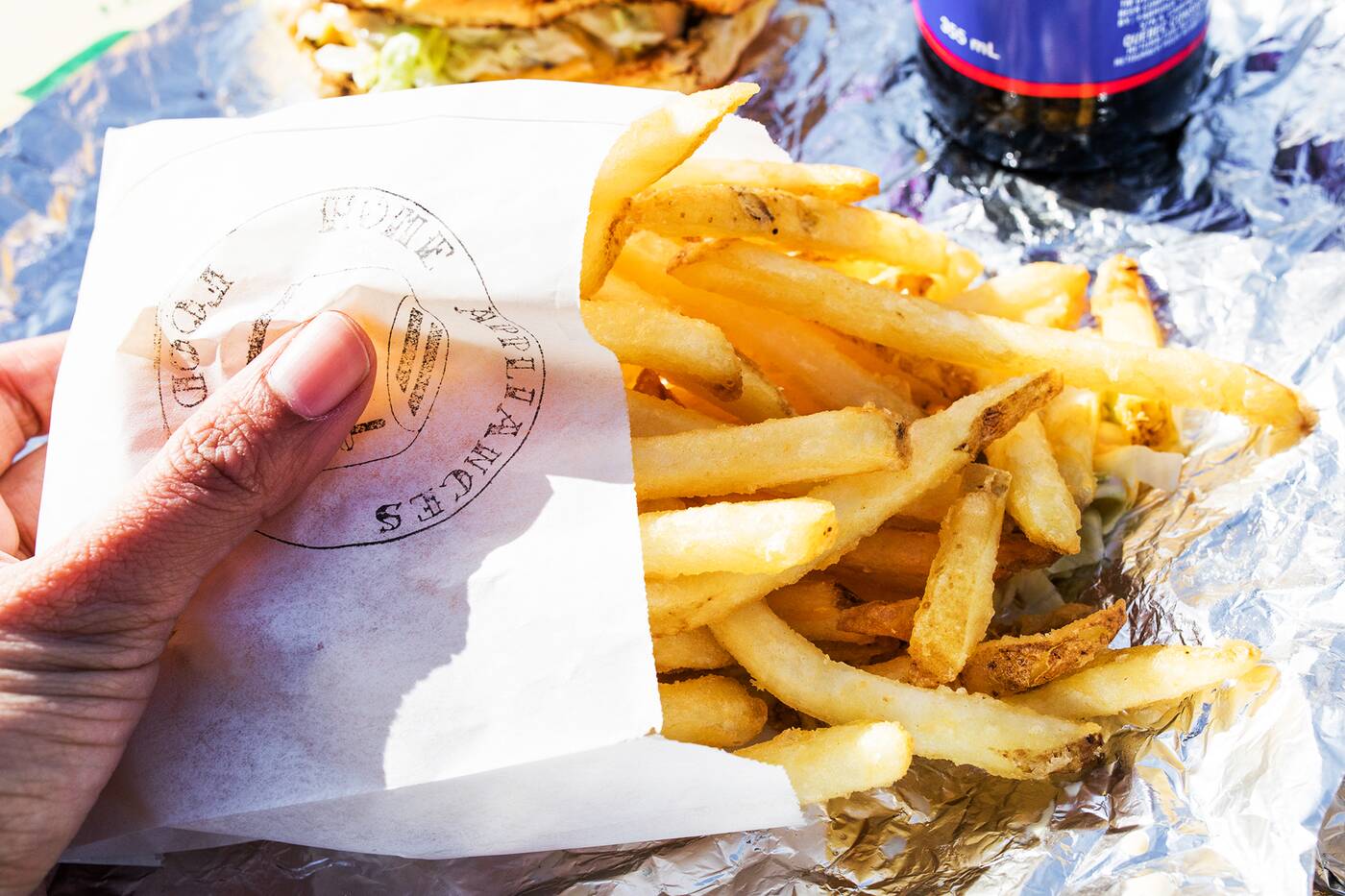 "We knew that a lot of other highly qualified people in our industry at our levels would also be on the hunt for new jobs," Liu told blogTO. "Together, we cover both front-of-house and back-of-house in terms of know-how. So, we took a leap of faith and poured every single last penny we had into this." 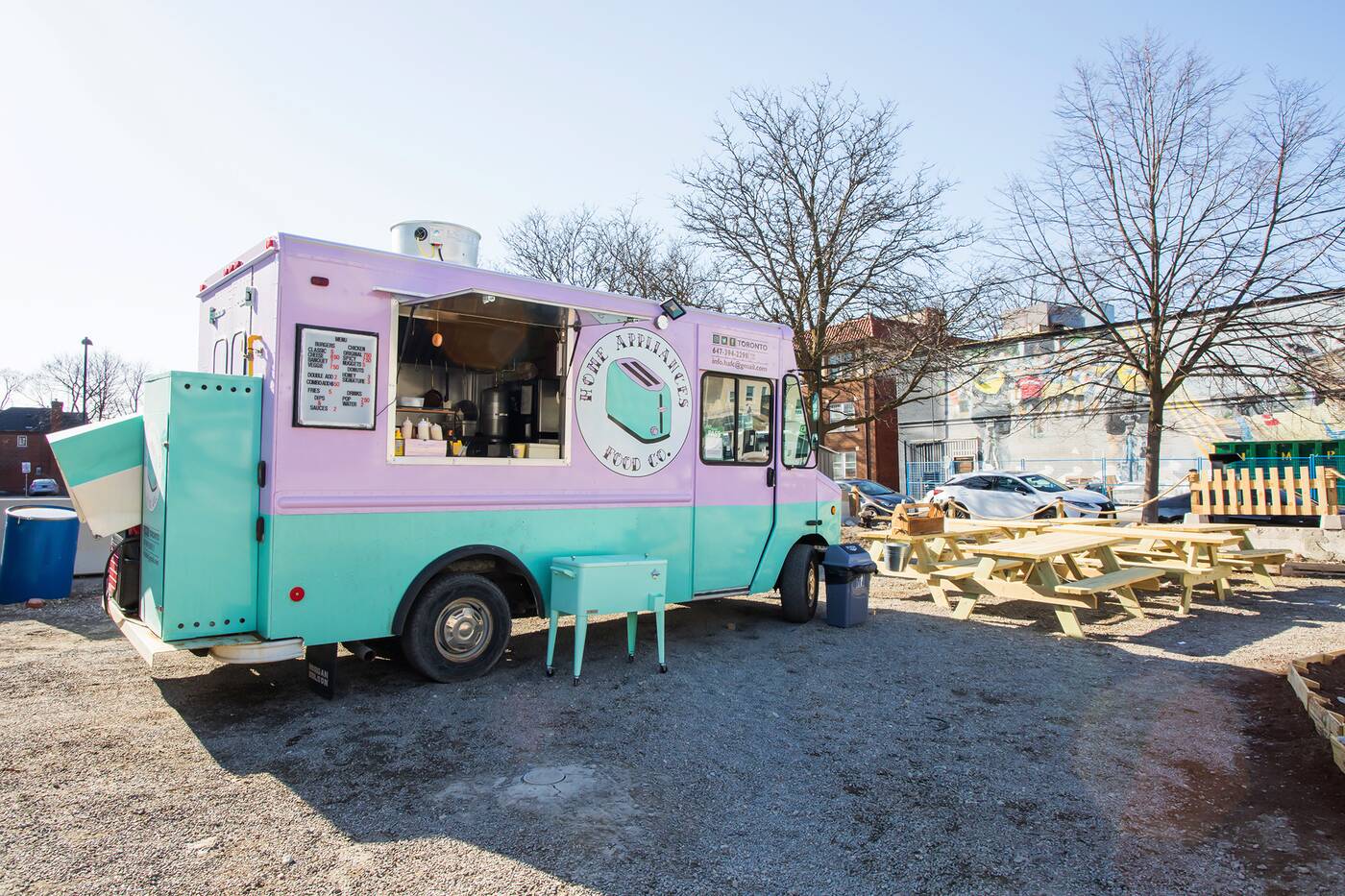 They named their truck Gerty and decorated it with a retro pink-and-blue colour scheme. It's stationed in the Yonge and Eglinton area and pumps out smash burgers, fried chicken sandwiches and donuts. 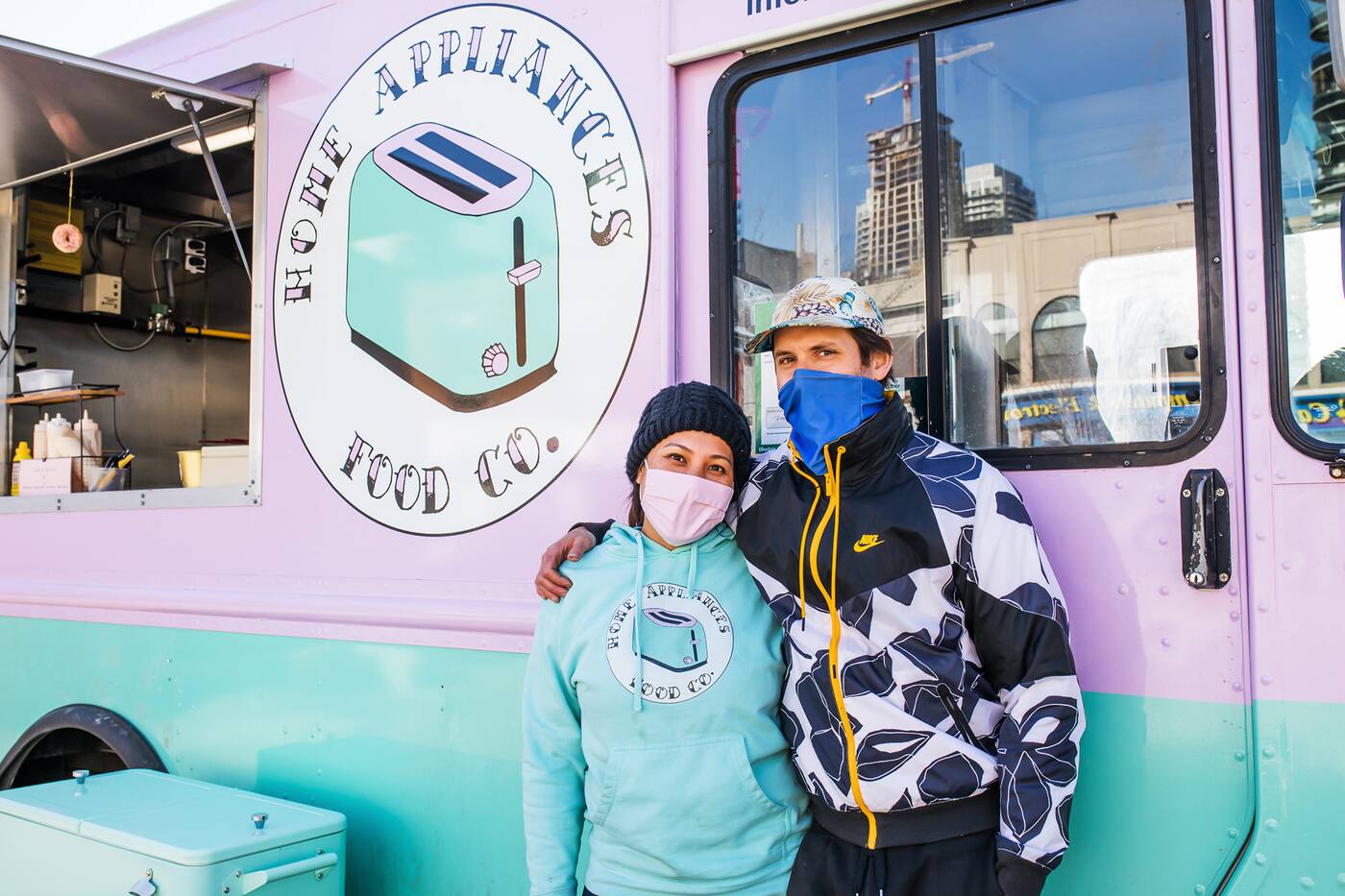 While the truck is stationed at Yonge and Eglinton, Liu and Lalonde actually had to move out of that neighbourhood and in with their parents to make ends meet. 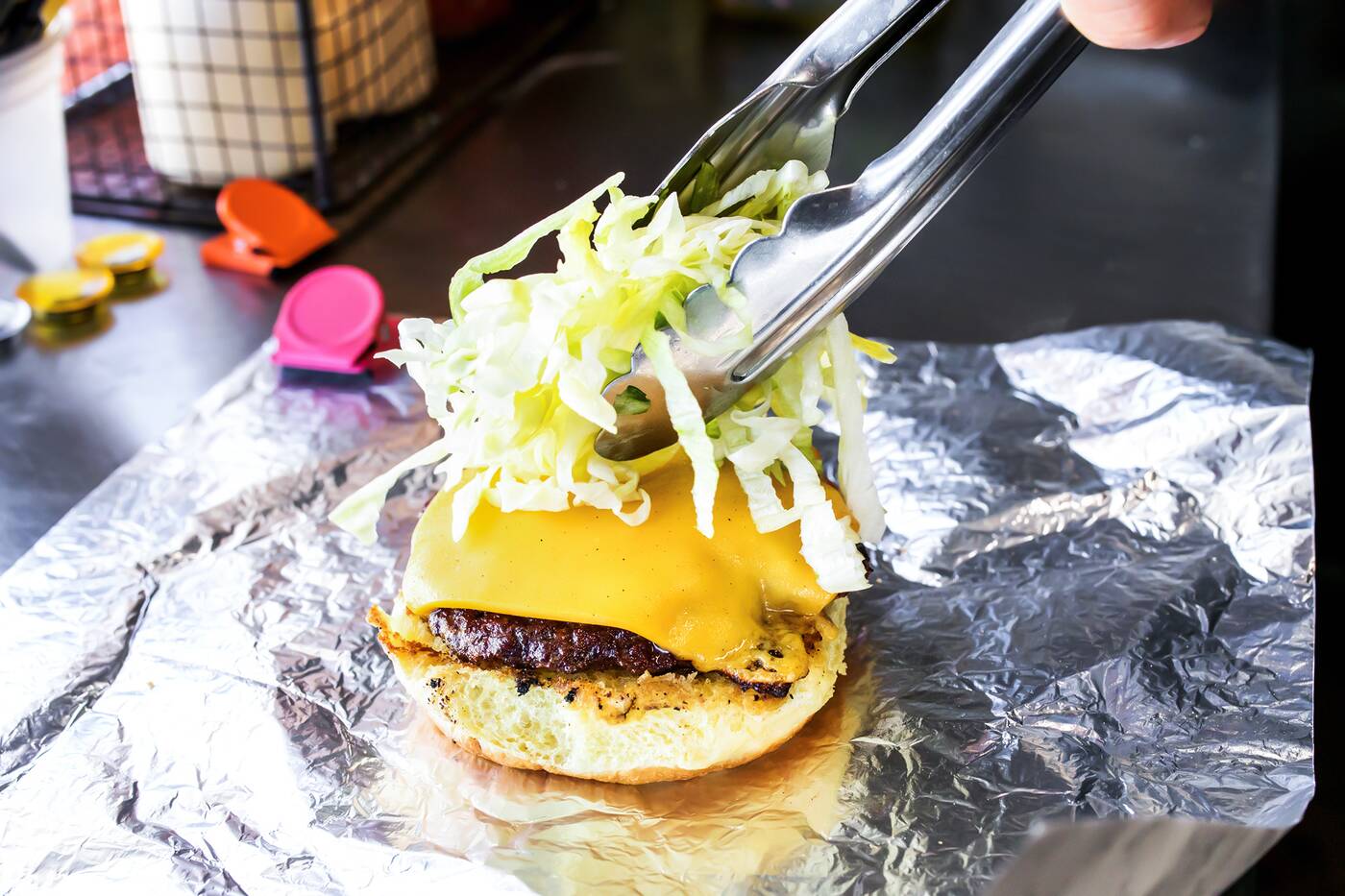 While moving in with their parents to offset the costs of investing in the truck was certainly a challenge, their biggest struggle was being delayed in opening four months, receiving their license four days before Christmas instead of opening late August or early September like they had planned, just in time to catch the end of good food truck weather. 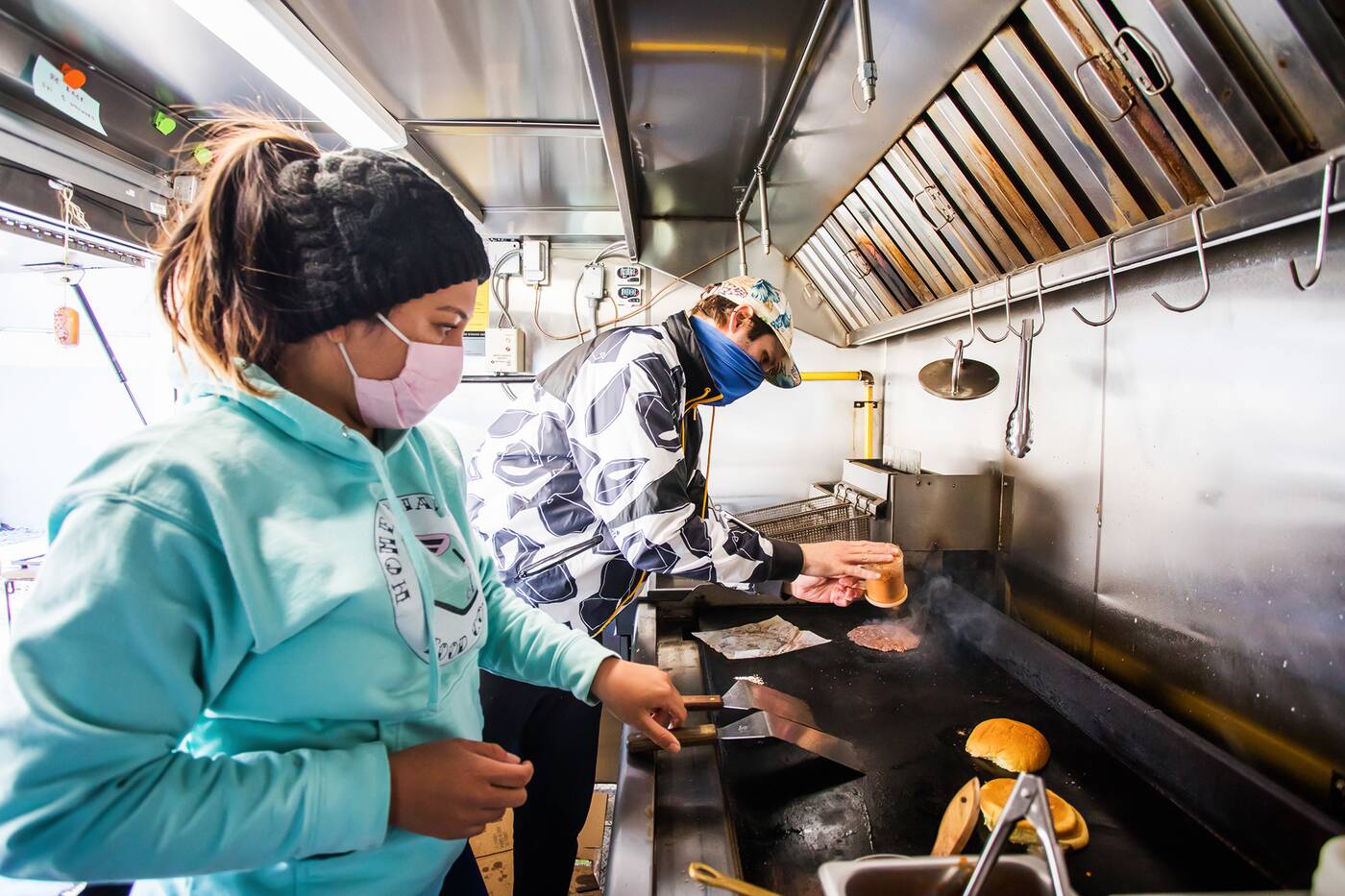 "Every service that was required to build the truck, including licensing and setting up bank accounts, was set back," Liu says. "Most institutions were working at half capacity and so everything took longer than usual. This was not just a financial challenge, it was also a test of patience." 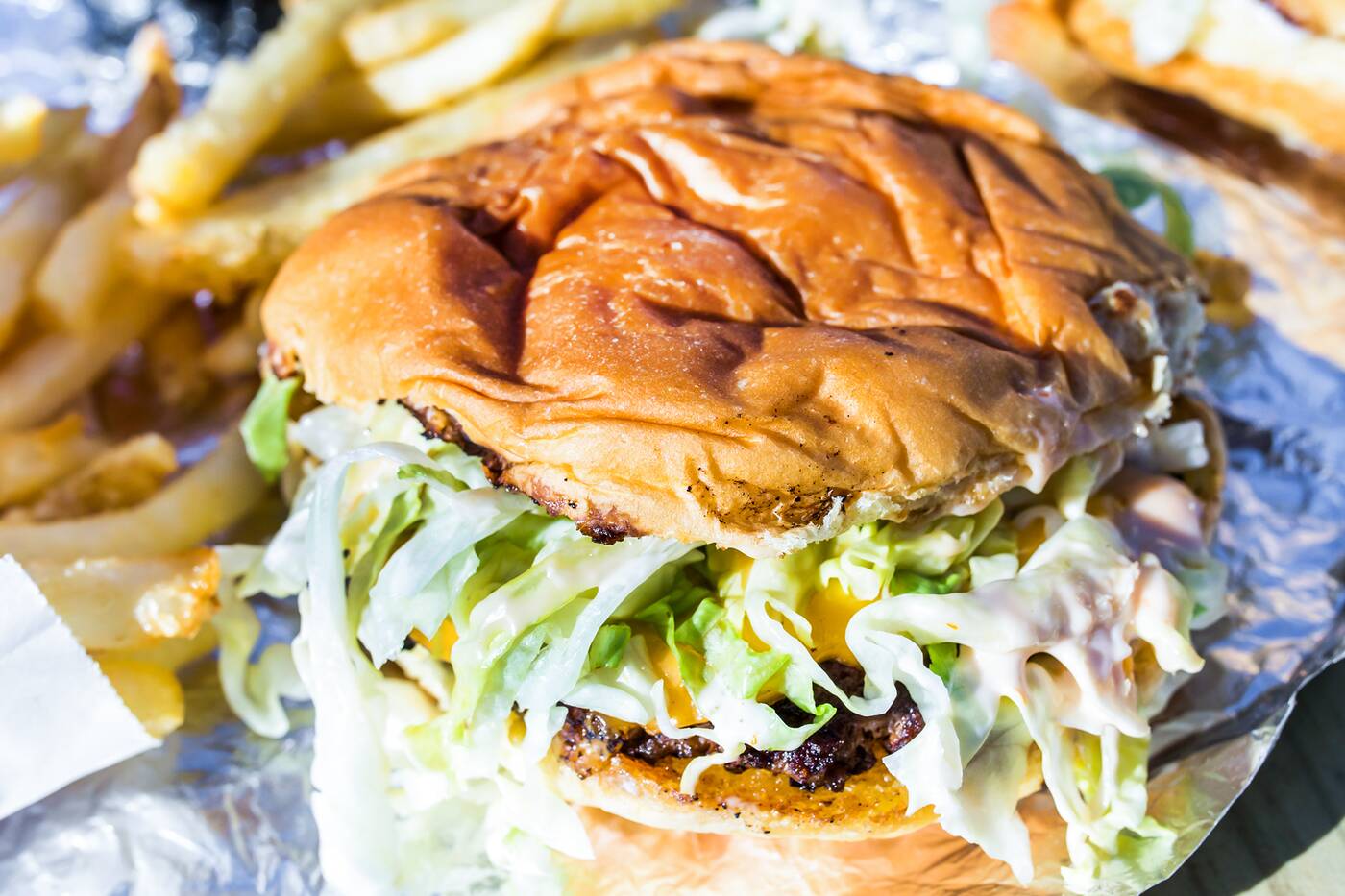 What they lacked in timeliness, the business has made up for not only bravery but quality of products. 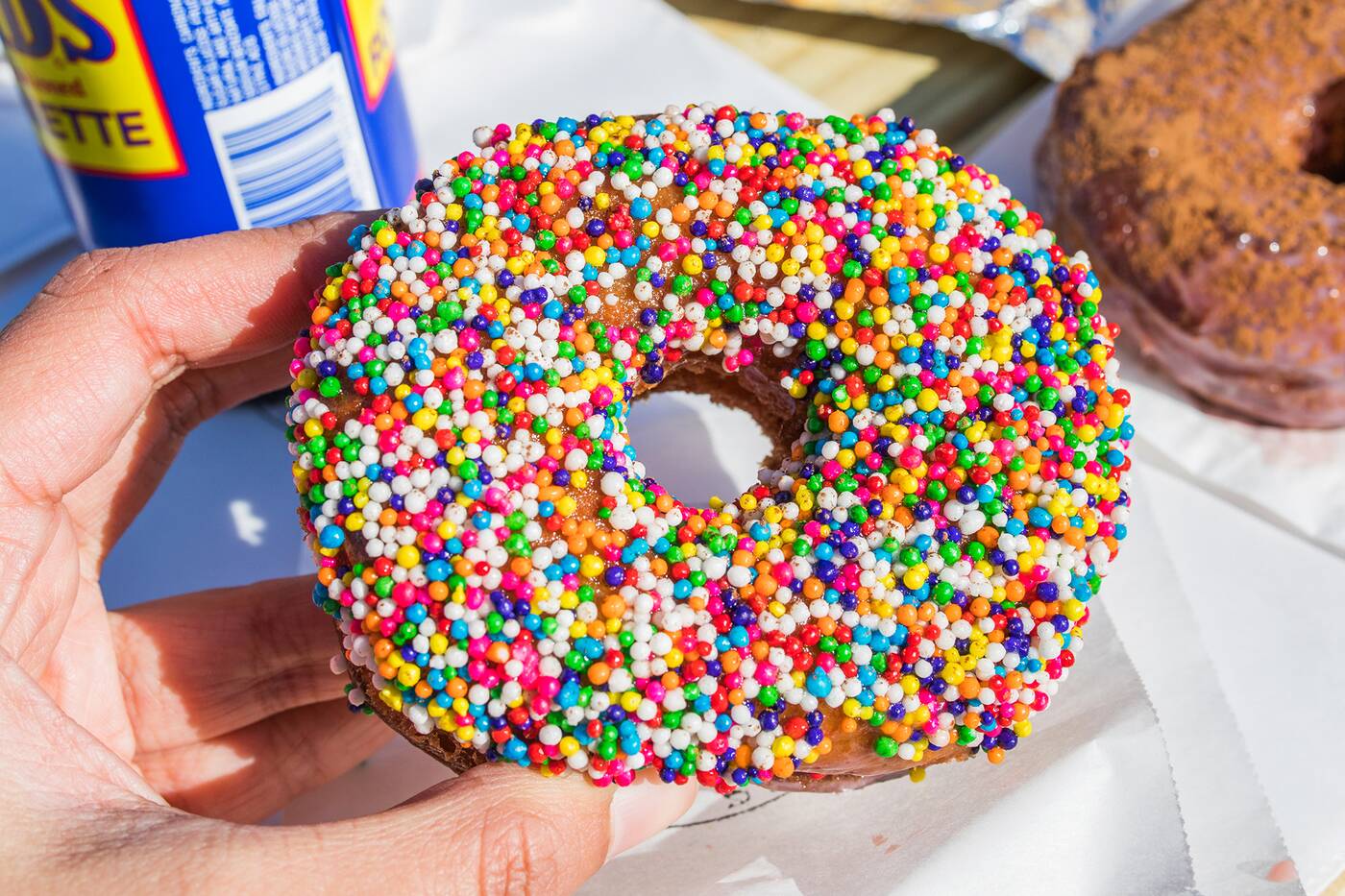 They get their meat and poultry from Yonge and Eglinton's 20-year-old Camden Market, the produce is from local area businesses and they use Lalonde's grandmother's recipe for their donuts, which are rolled and cut by hand then fried to order. 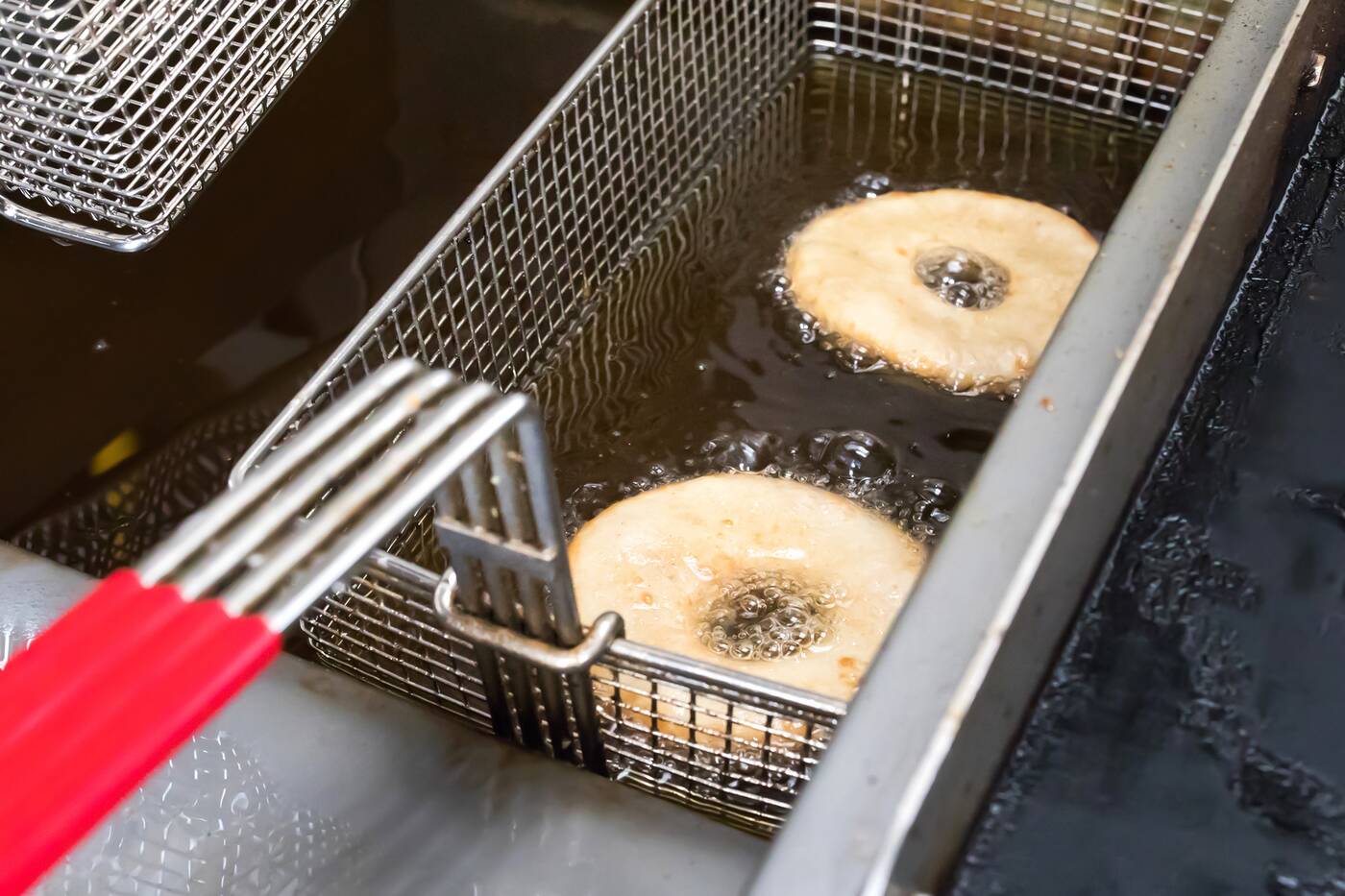 "I like to describe our menu as small, but mighty," Liu says. "It's intentionally limited in options because we wanted to make sure that everything we make is made well." 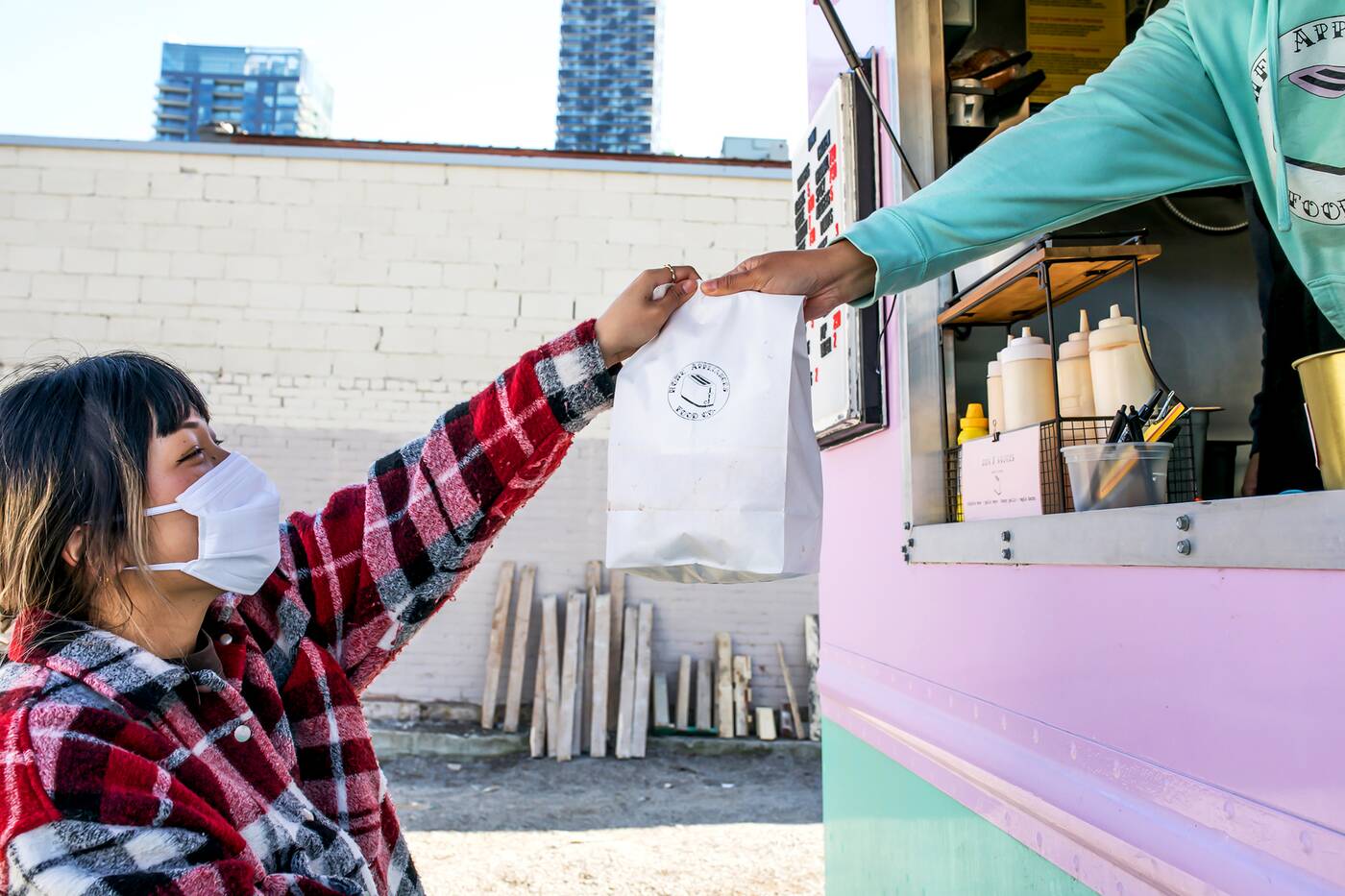 Now that spring is rolling around, they've set up socially distanced picnic tables, even equipped with a ring where you can clip your dog's leash. 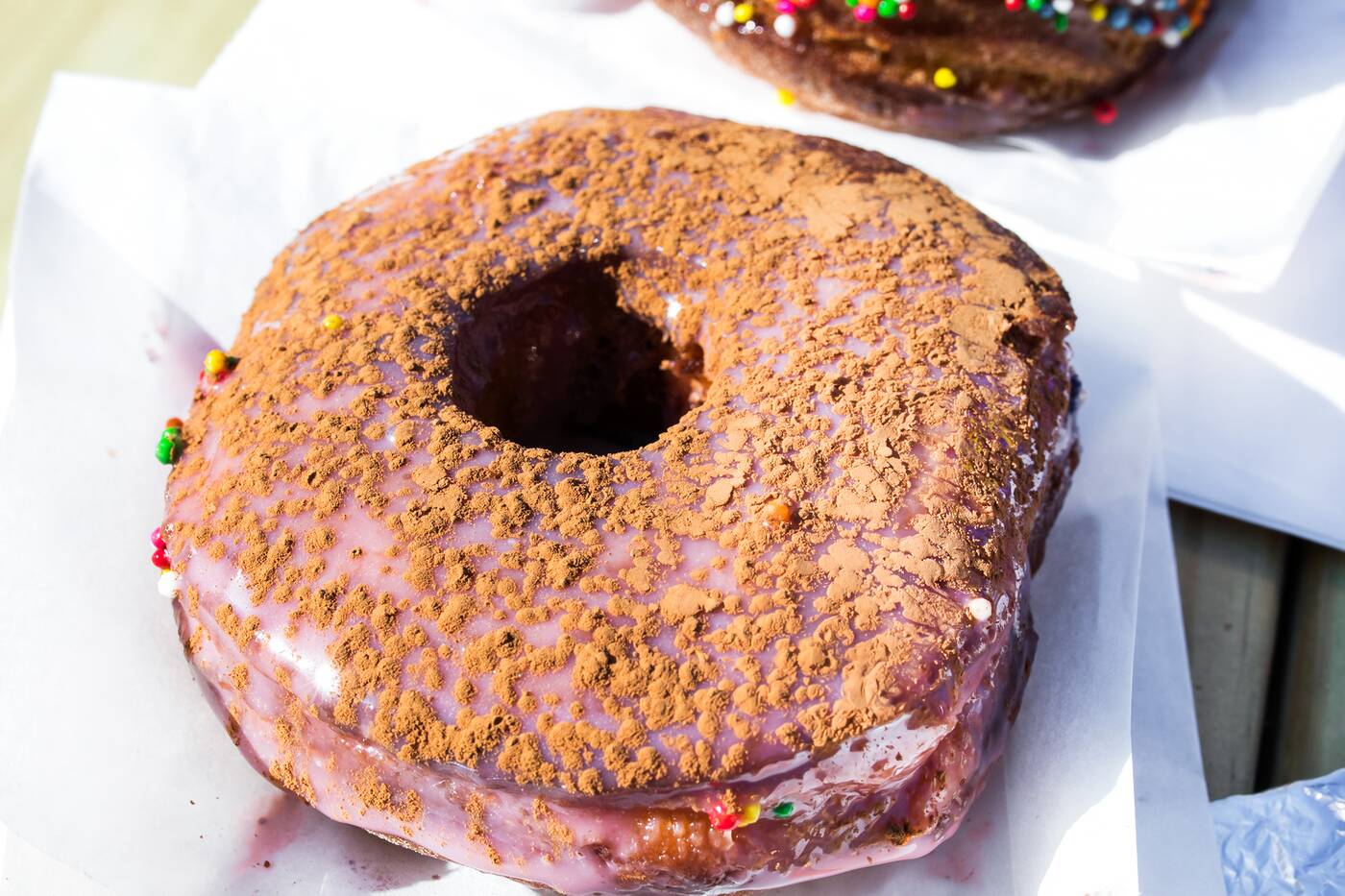 "We rent a pretty sweet lot, so we definitely want to make use of the whole space by providing a local spot to hang out at," says Liu. "We've already had some comedians and musicians approach us to collaborate and create a fun event. We're thinking outdoor comedy shows, live music, movie nights etc. The sky's the limit."

"We also have plans to expand the menu or switch things up. Perhaps poutine is in our future. Seasonal donut flavours, local craft beers, a dedicated dessert truck... all down the pipeline of possibilities."