Toronto's self-proclaimed biscotti queen has fulfilled her dream of starting her own bakery at 63 with the help of her daughter.

Though Nancy Burkes (AKA Queen Nancy) called her bakery Biscotti Queen, her signature product is actually the biscookie, a hybrid between a biscotti and a cookie she makes in several over-the-top flavours. 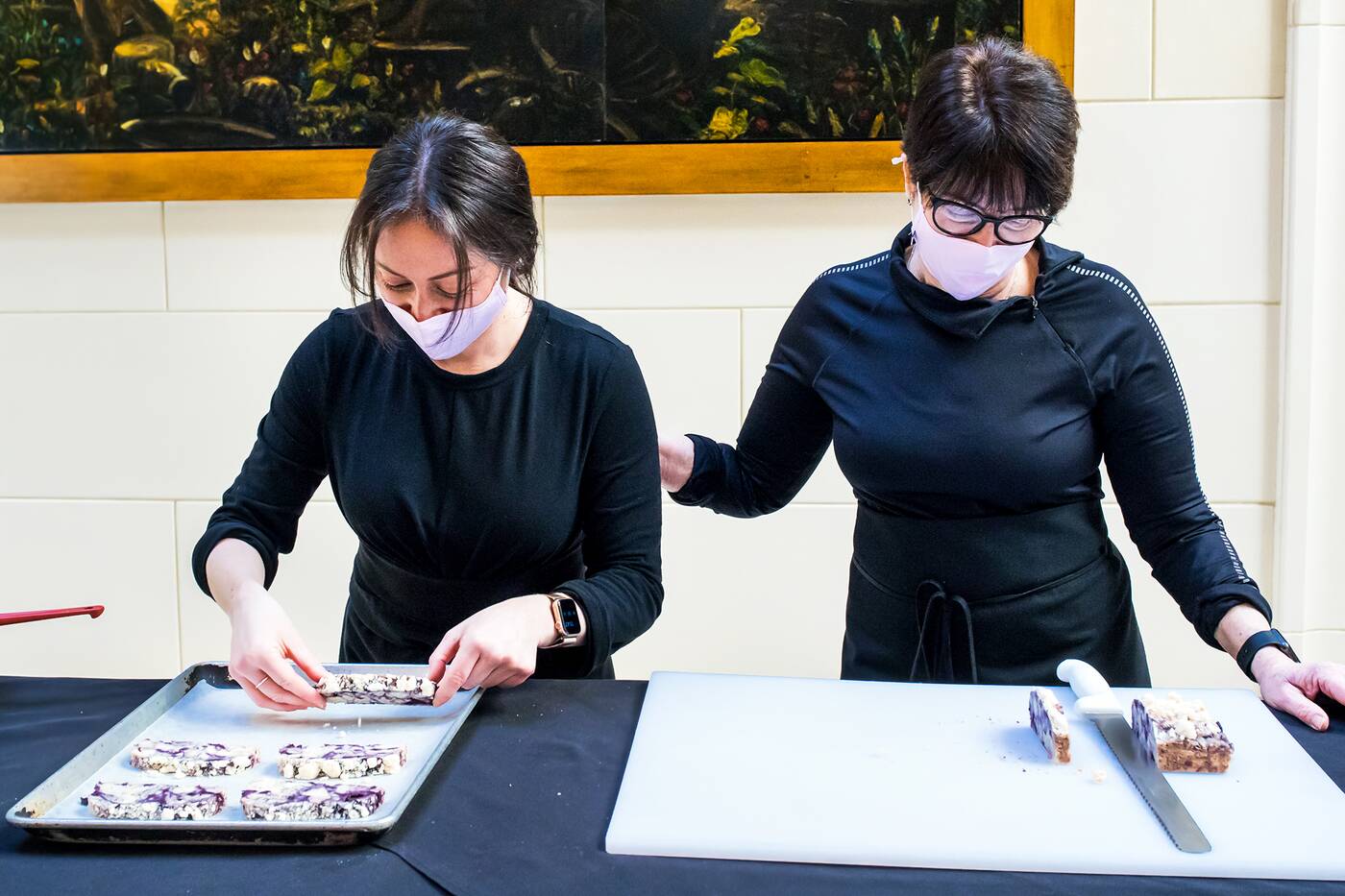 "I decided to dedicate my life to raising my children and putting family first. I must say, I have always shown my love through food and baking. As my children grew older, I decided it was time for me to explore the baker within. At the age of 40, I went back to school and in 2001 I graduated from George Brown College with a degree in Pastry Arts," Burkes told blogTO.

"I was thrilled to finally be following my lifelong passion for desserts and design. As a pastry chef, I have been lucky to work in some of the finest kitchens in Toronto.

"In 2018, I put my career on hold, temporarily hanging up my apron, when my husband had open-heart surgery. Following his successful recovery, I knew it was time for me to re-enter the kitchen, but this time, on my own terms." 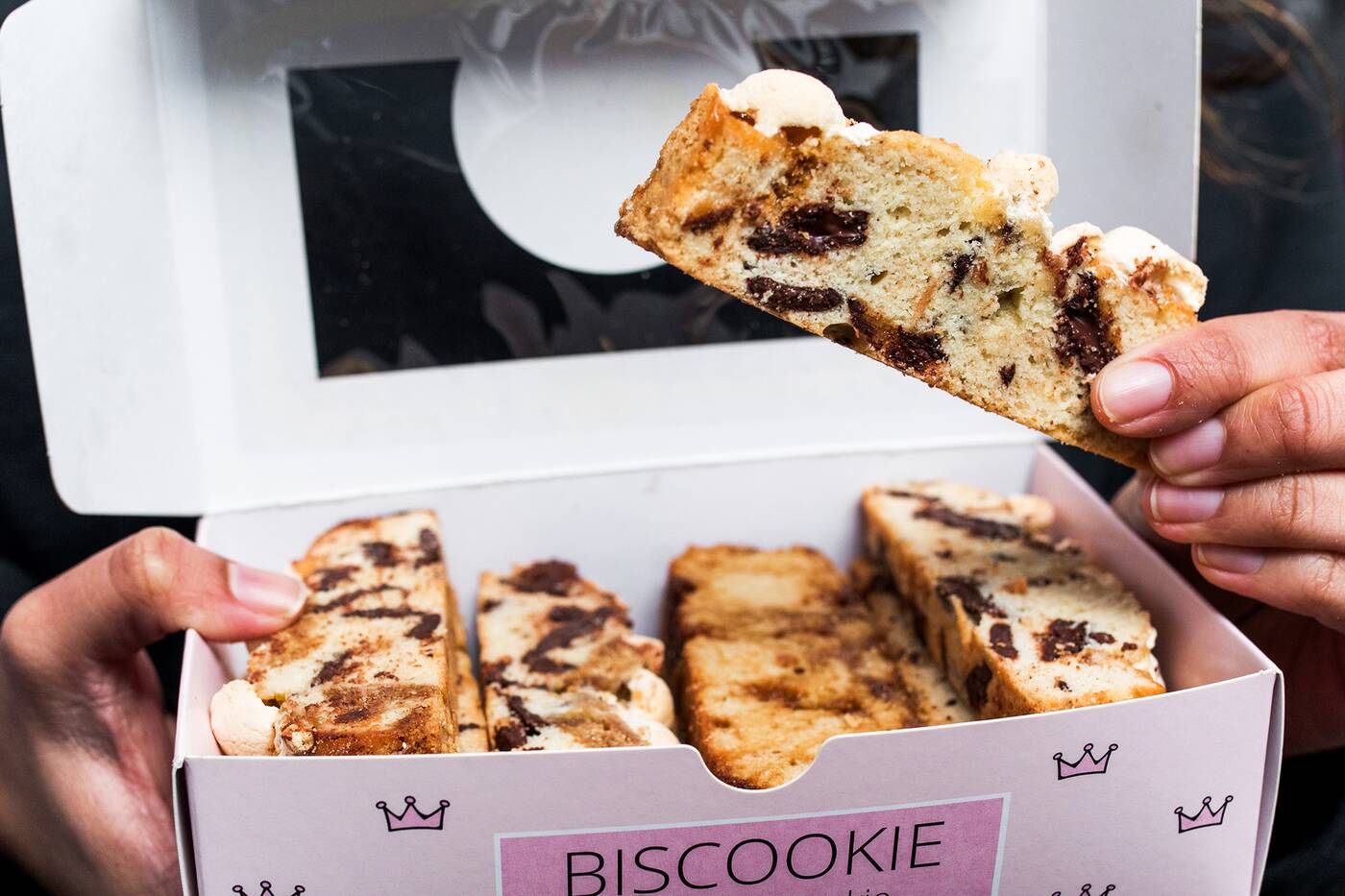 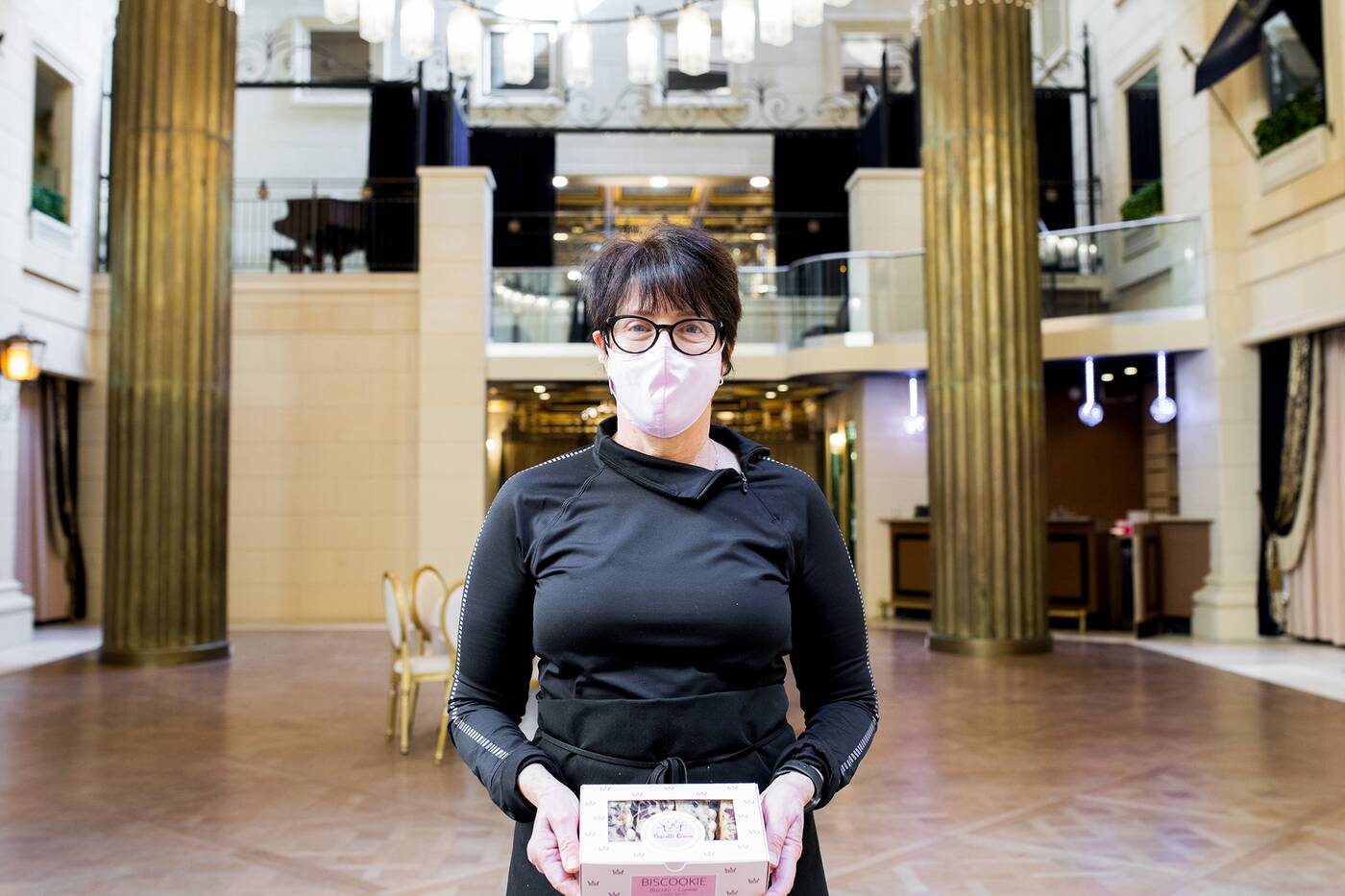 "I spent 2020 curating what I thought would speak to people's sweet taste buds while igniting my love for baking. I refined my biscotti recipe and tested dozens of flavours. And, in 2021, I officially launched Biscotti Queen's biscookies. I am proud to be a baker, mother, wife, nanna and the Founder of Biscotti Queen," says Burkes.

"I have been baking biscotti for 25-plus years and always spoken about wanting to open my own bakery. My family and friends have always encouraged me to just go for it and I always responded with 'If I was 30 years old…' But as 2020 rocked everyone's world, I decided it was now or never to pursue what I love." 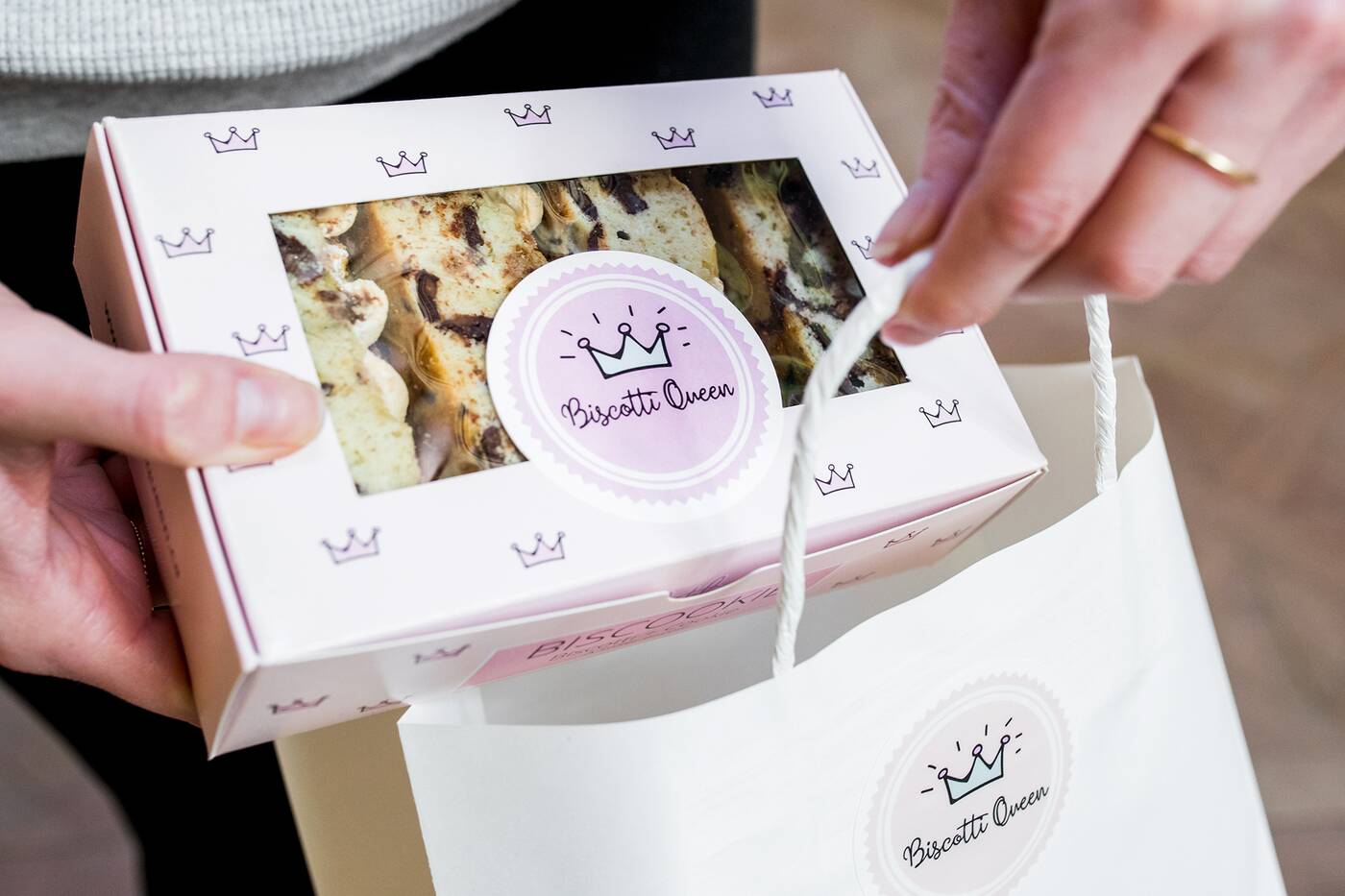 Every Sunday the week's new biscookie flavours are announced, and are available for online purchase from Sunday at noon to Wednesday at noon. 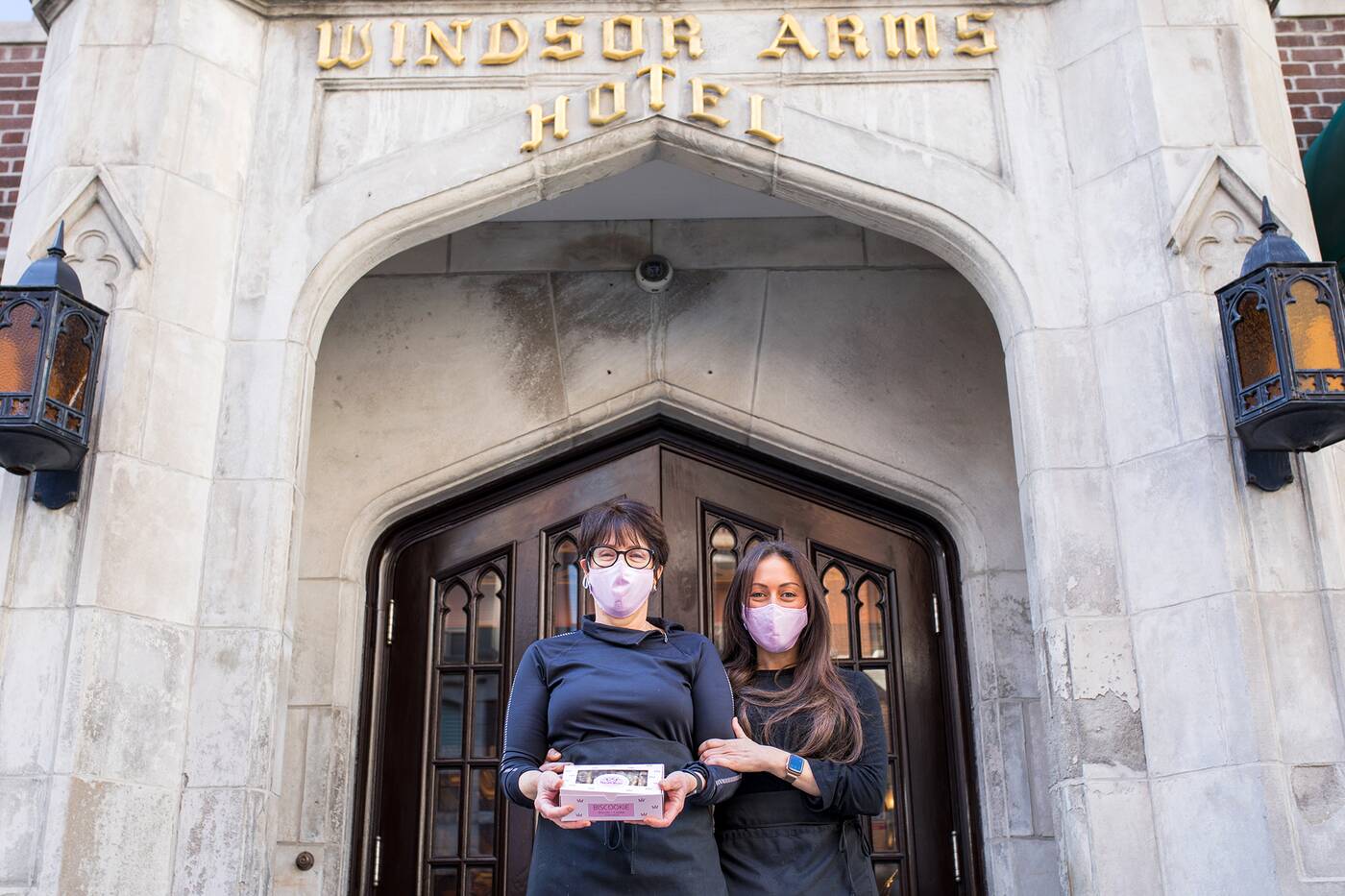 Orders can then be picked up on Thursday from the Windsor Arms, where Burkes once worked as a pastry chef, between 2 p.m. and 7 p.m. 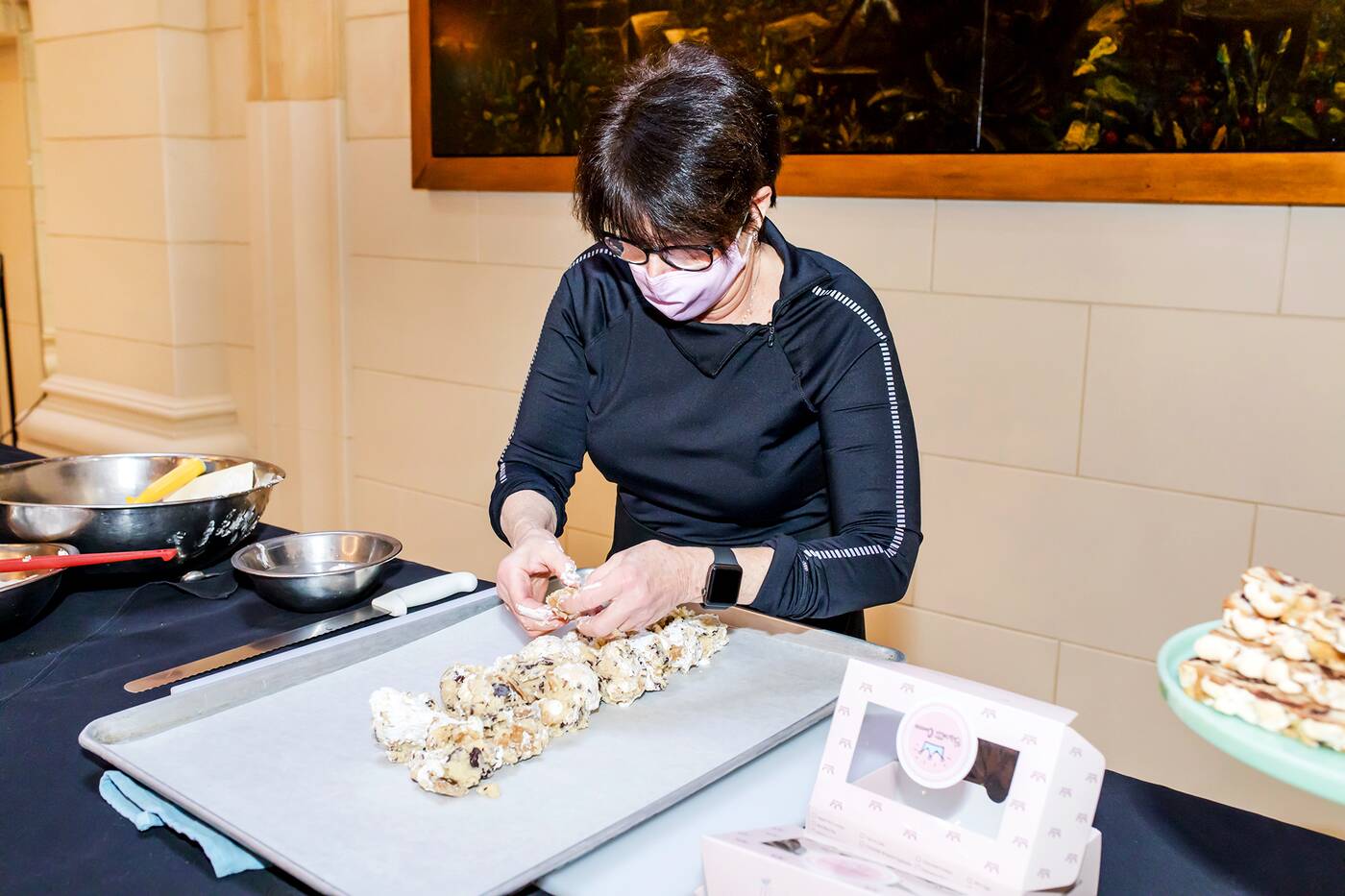 "It all began with baking 'mandel bread,' the Yiddush version of biscotti. It has always been my go-to baked good and you will ALWAYS find a full jar of biscotti in my kitchen. Traditional biscotti is twice-baked, but my girls, my three daughters, didn't like the crunch and would tell me not to put it back in the oven," says Burkes.

"I was adamant to find the perfect balance of a 'cookie' texture in a biscotti form. Over time, I adapted the recipe. Now, while it is still twice-baked like traditional biscotti, it is soft and chewy like a cookie. It has become a biscookie, biscotti plus cookie." 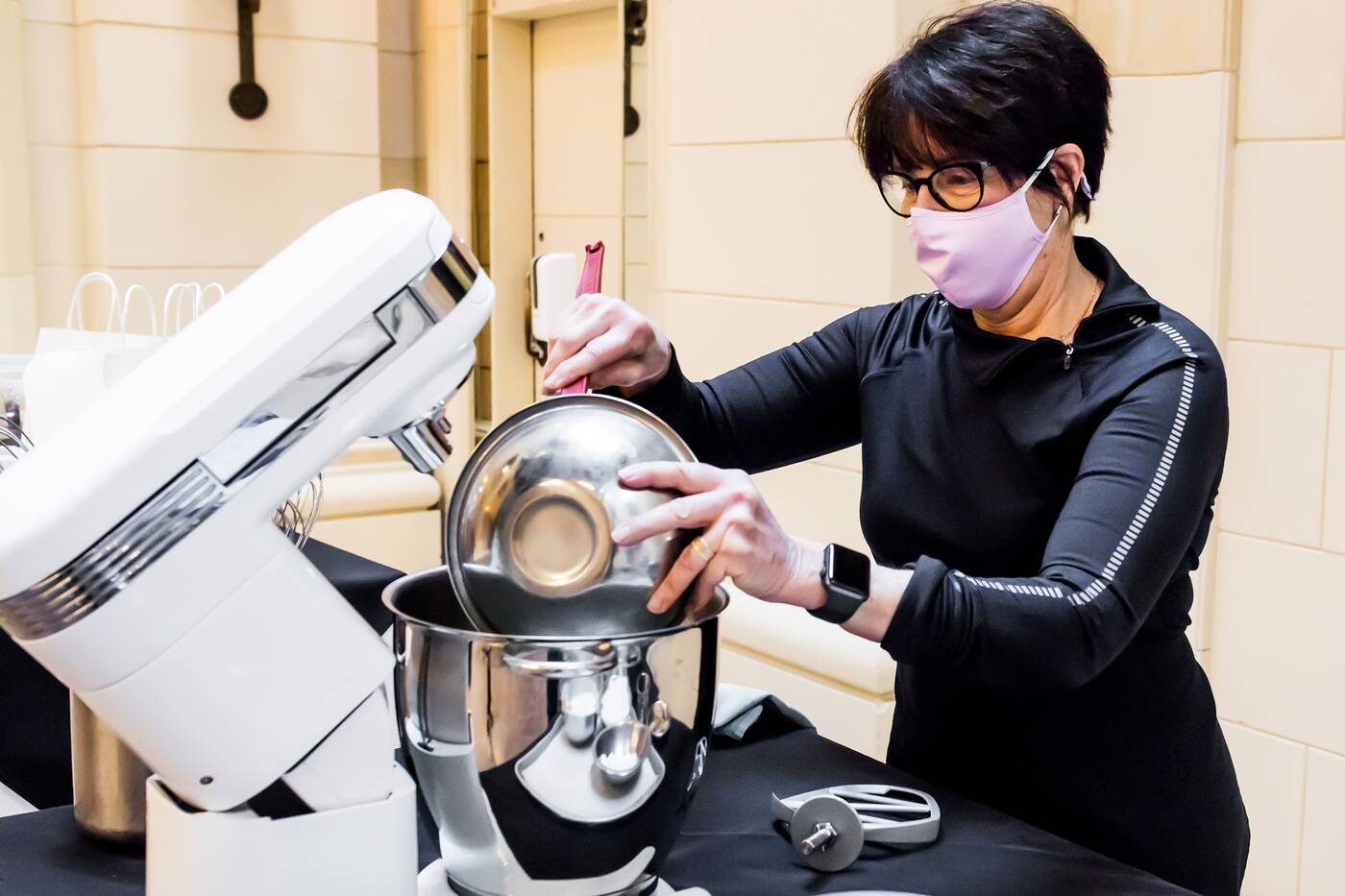 Burkes had support from her daughter that helped convince her to make her creation available to the masses. 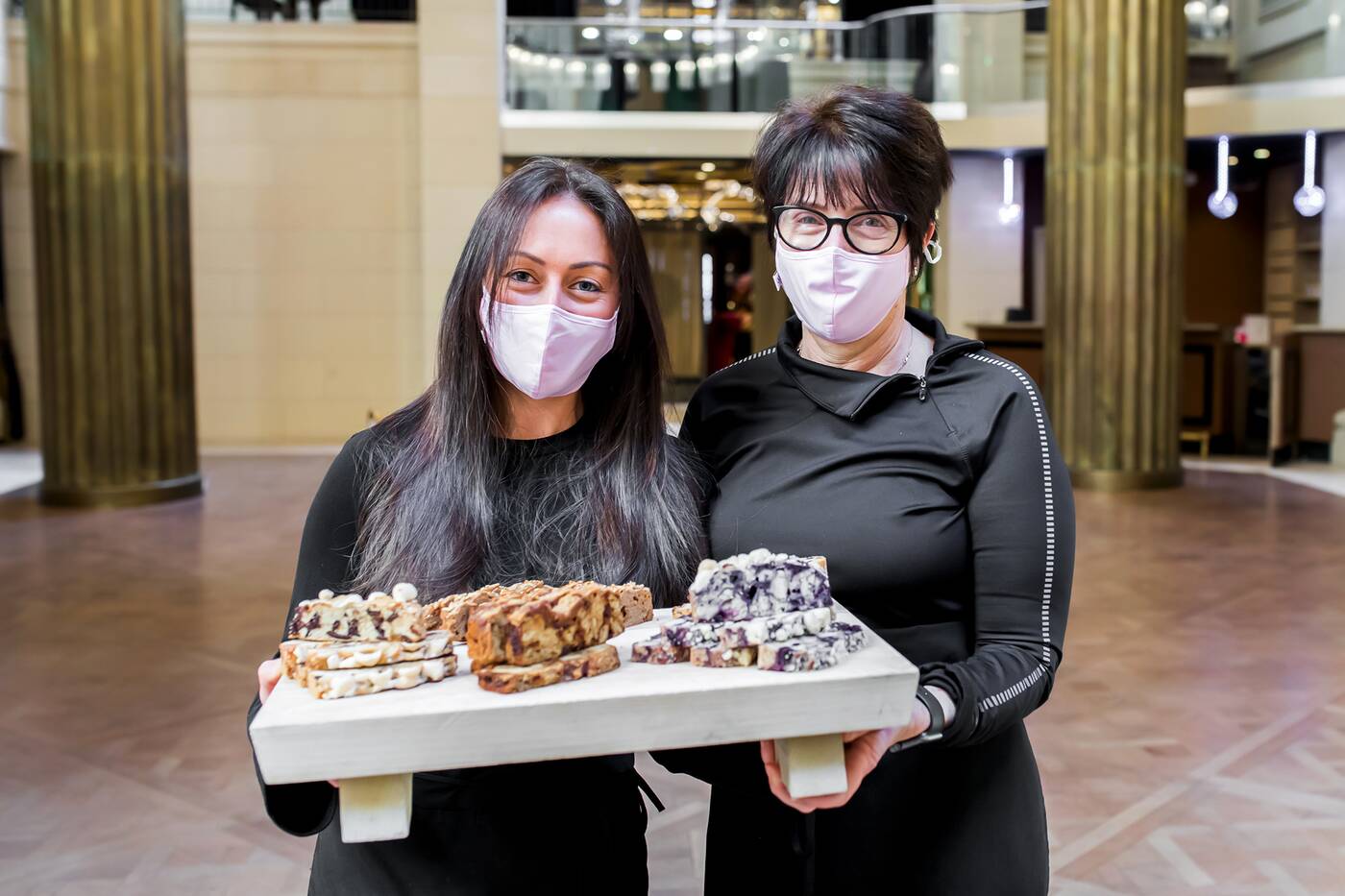 "I will admit, it is scary starting a new business on your own. That is where my daughter, Jill, stepped in. In 2019, Jill had just moved back to Toronto after 10 years of living abroad. As one of my biggest cheerleaders, she said, 'You have something so unique and delicious. You need to share it with the world,'" says Burkes.

"And so, we became a mother-daughter duo and are quite identical. Myself, Nancy, Queen Biscotti, is the Founder and Pastry Chef with Jill, Princess Jill, being the Chief Operation Officer." 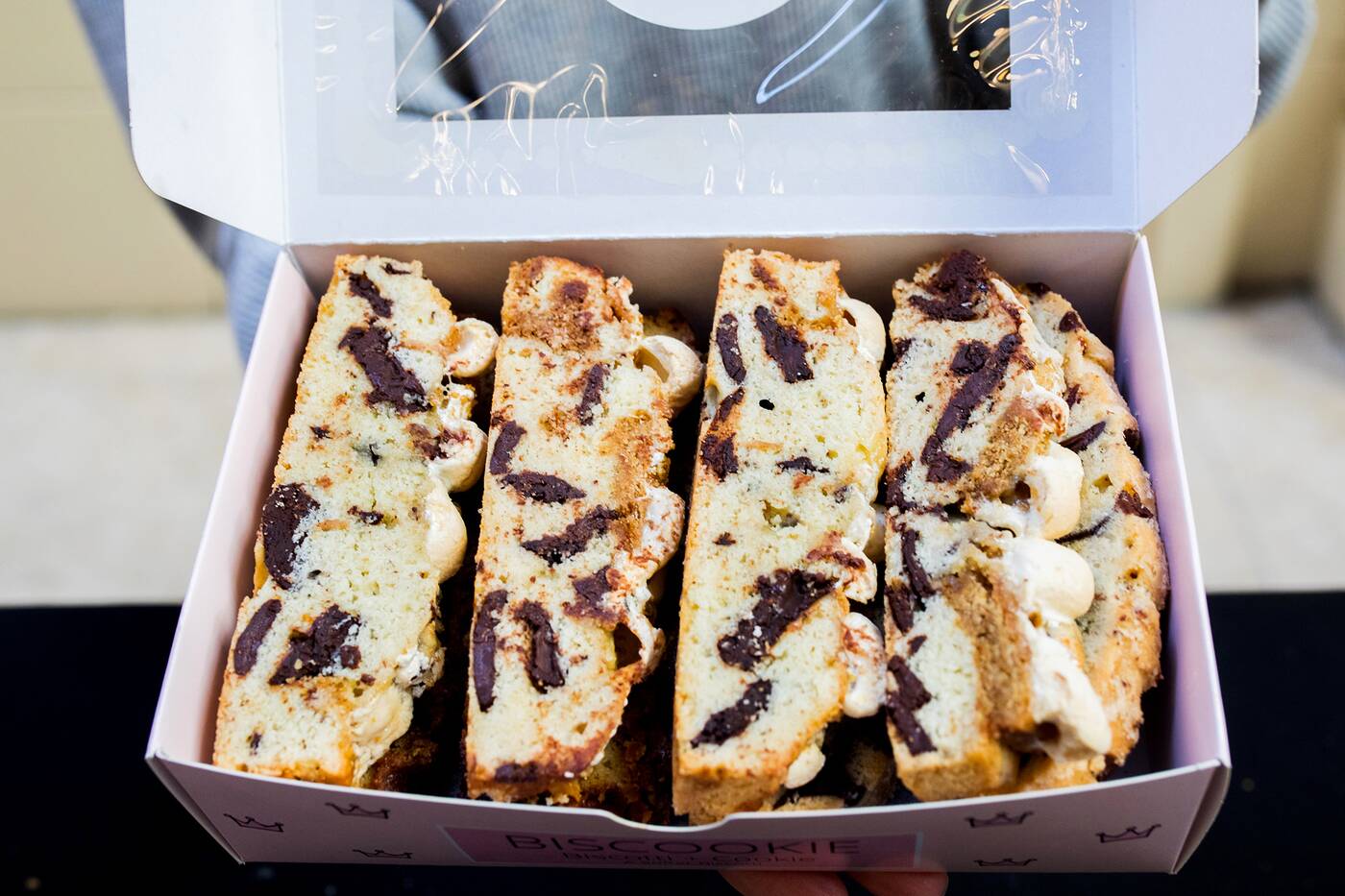 Valentine's Day was the grand opening for Biscotti Queen, with a "biscotti drop" going out on Feb. 1. 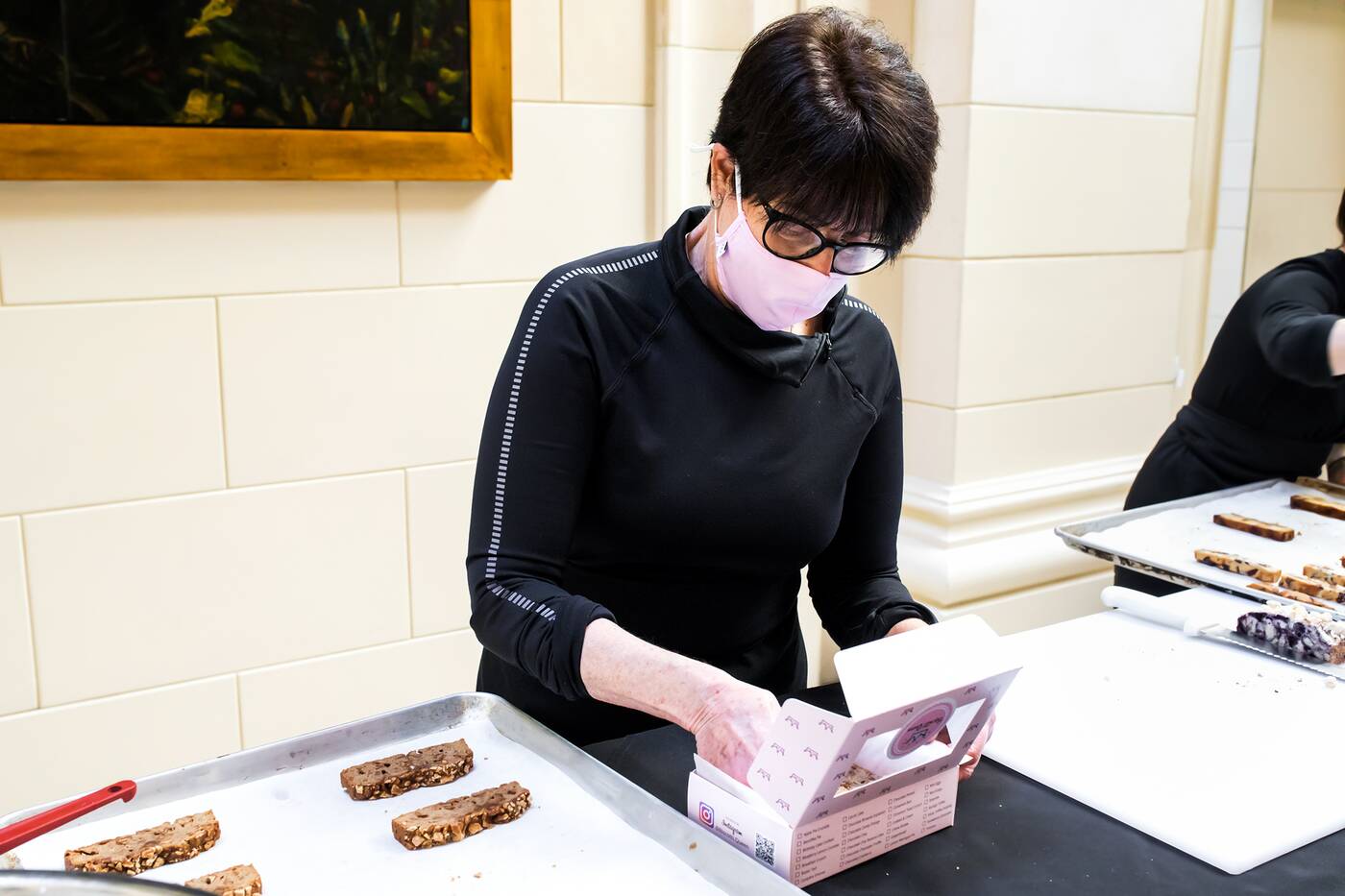 "24 hours after orders opened online, we were already 50 per cent sold out and, we were completely sold out before orders closed. It was an amazing response and the feedback has been so heartwarming. People absolutely love the hybrid creation of the biscookie," says Burkes.

"Biscookies have really taken off and we are thrilled. Over the last few years, we've seen the rise of hybrid food creations like The Cronut and The Flagel, now it's time for the rise of the biscookie." 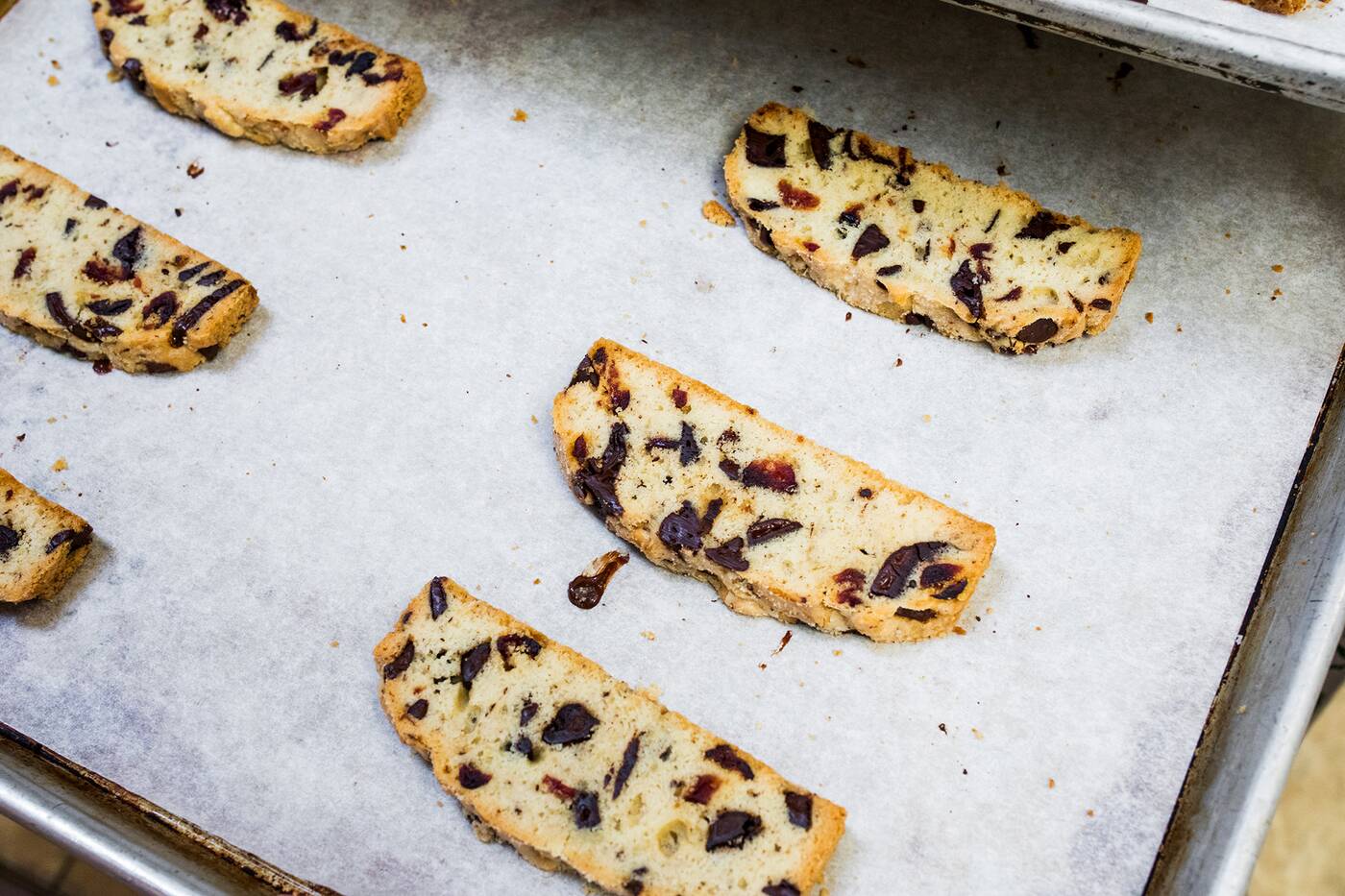 It just goes to show, it's not just kids that can be trendsetters. 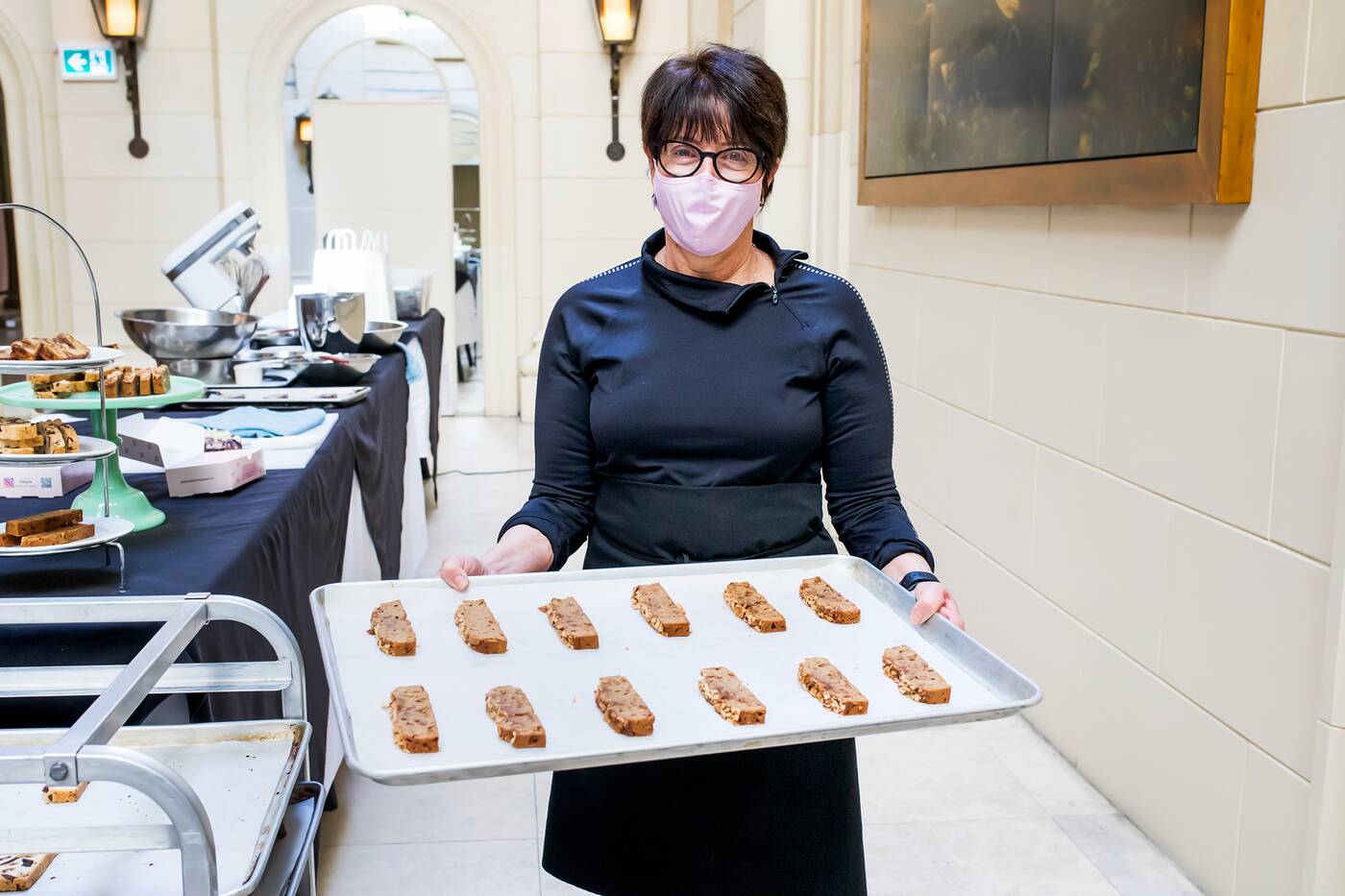 "I am 63 years old and I am proud to show that it is never too late to make your dream come true, even during a global pandemic," says Burkes.