One Toronto restaurant is leaning into the lockdown binge-watching vibe with a menu themed around everyone's favourite show about nothing: Seinfeld.

Unlike the chef in the show who screams "No soup for you!" this week Betty's General offered up a That's a Big Matzo Ball...Soup along with other items like a Big Salad, These Pretzels Are Making Me Thirsty, and a Double Dip Dip.

Betty's General was known as City Betty pre-pandemic, and has been serving themed menus as COVID has raged on, changing their name to reflect their more takeout-oriented status as several restaurants have. They've also done menus loosely inspired by Domino's Pizza and In-N-Out Burger.

"We did Seinfeld because I grew up in NYC in the 90s and I always loved deli culture, the bustle and everyone in NYC is a little Jewish. I also grew up in nightclubs, literally, so thematic parties were and are still just pure fun—and we all need to laugh right now—this year has been brutal," Betty's General proprietress Amanda Gatien told blogTO.

"We had a fun and tough time choosing which dishes because A, There are so many hilarious references, B, we figured we could do a sequel and still have lots of fun offerings...crab bisque, Kenny Rogers roaster chicken...Jujyfruits are hard to find." 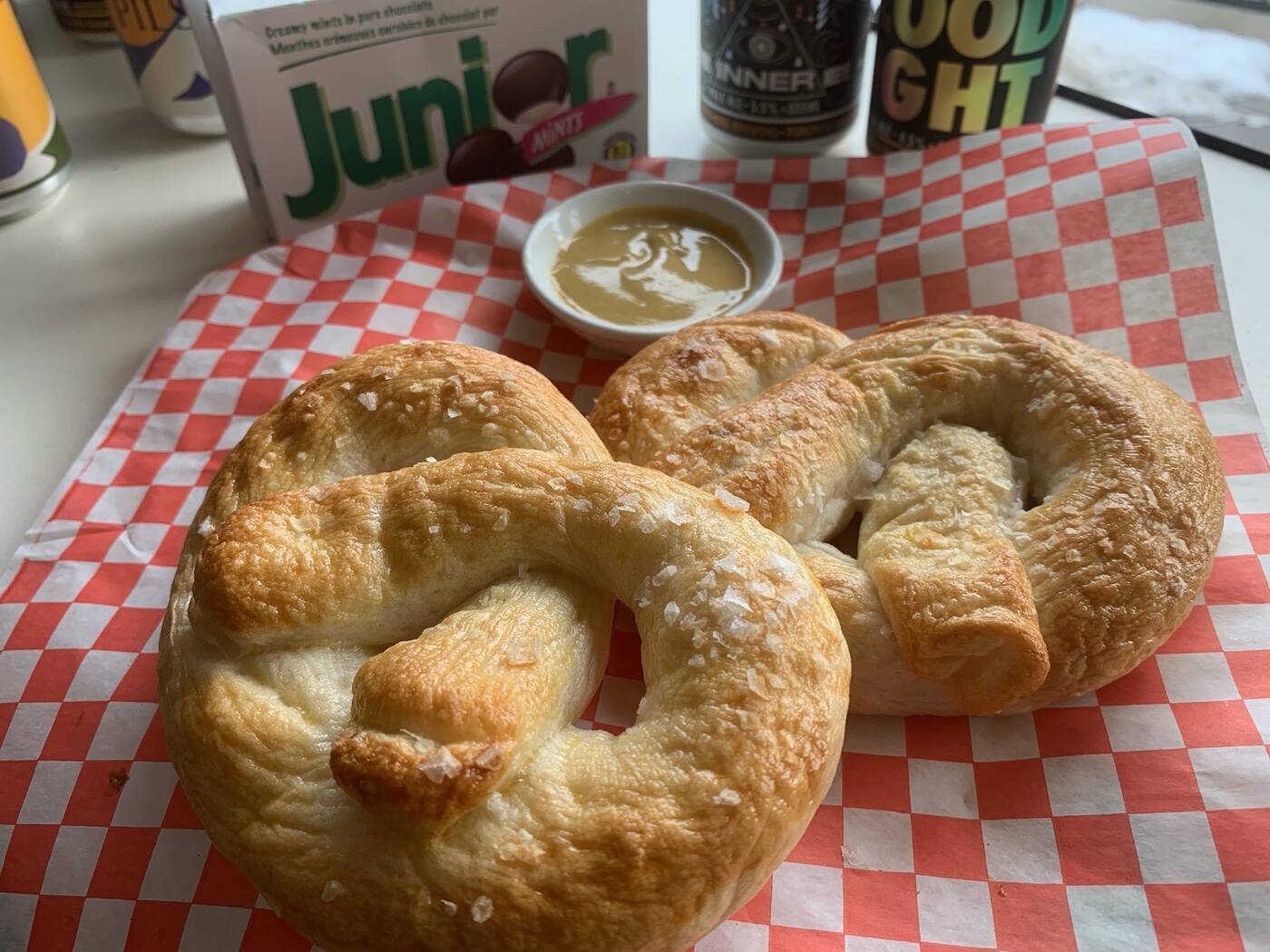 House-made "These Pretzels Are Making Me Thirsty." Photo courtesy of Betty's General.

Though some items are more to play into the joke, like a "Mr. Pitt's" Snickers served with a knife and fork, City Betty operated as a high-end seasonal restaurant serving menus inspired by local ingredients, and the themed menus are just as thoughtful. For this Seinfeld theme, pretzels and chicken stock are house-made. 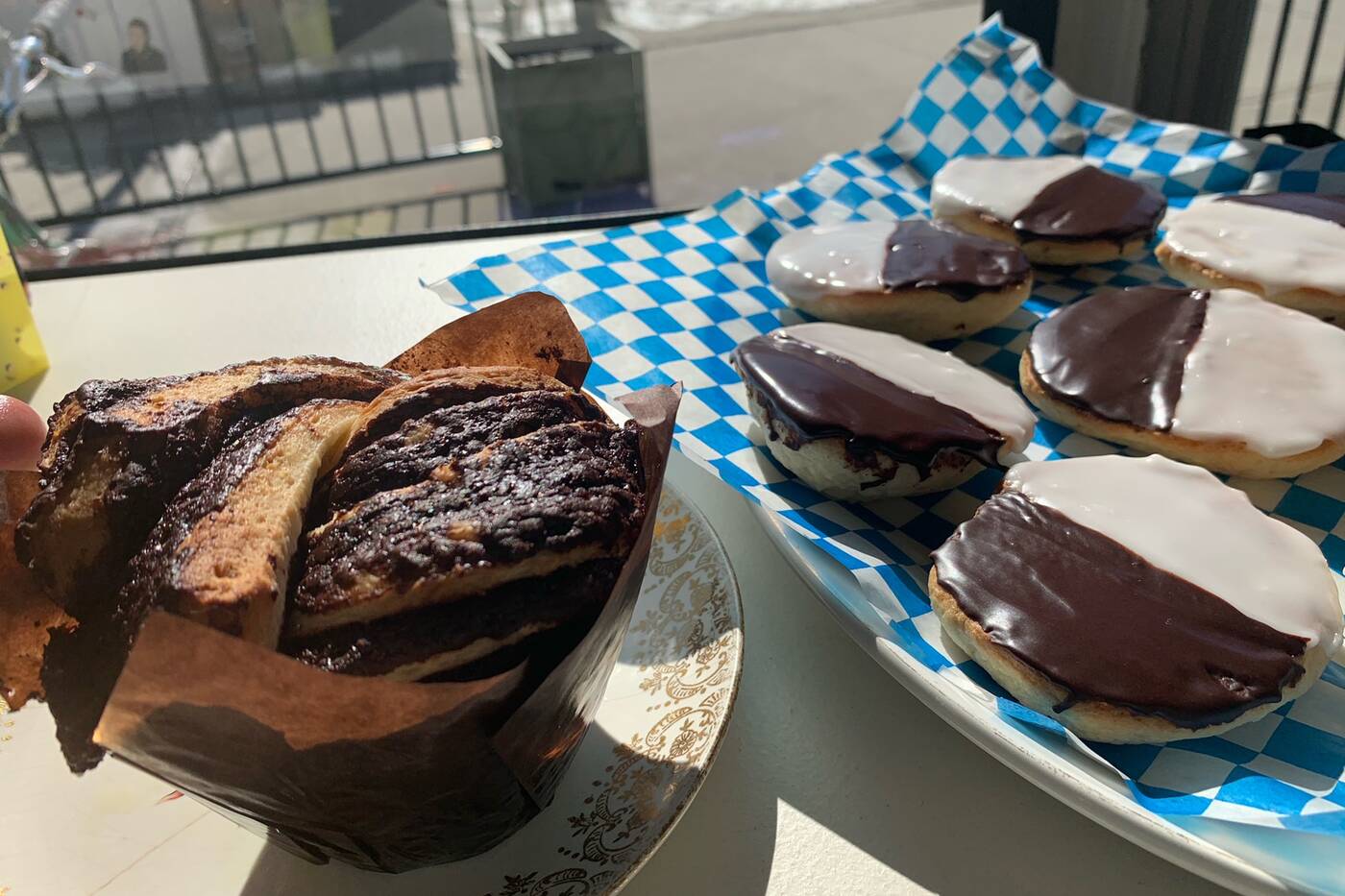 "People seem to really like the idea. I think they connect to the concept through all the humour. So we just went with it, and will probably do other shows just to keep things fun and creative through this weird time," says Gatien.

"We tend to lean to high-low offerings, pimento mac n' cheese with natural wines not found at the LCBO with lots of fun sugar treats, still Ontario seasonal with NY and California influences. Always poking fun or making fun of ourselves to keep it light." 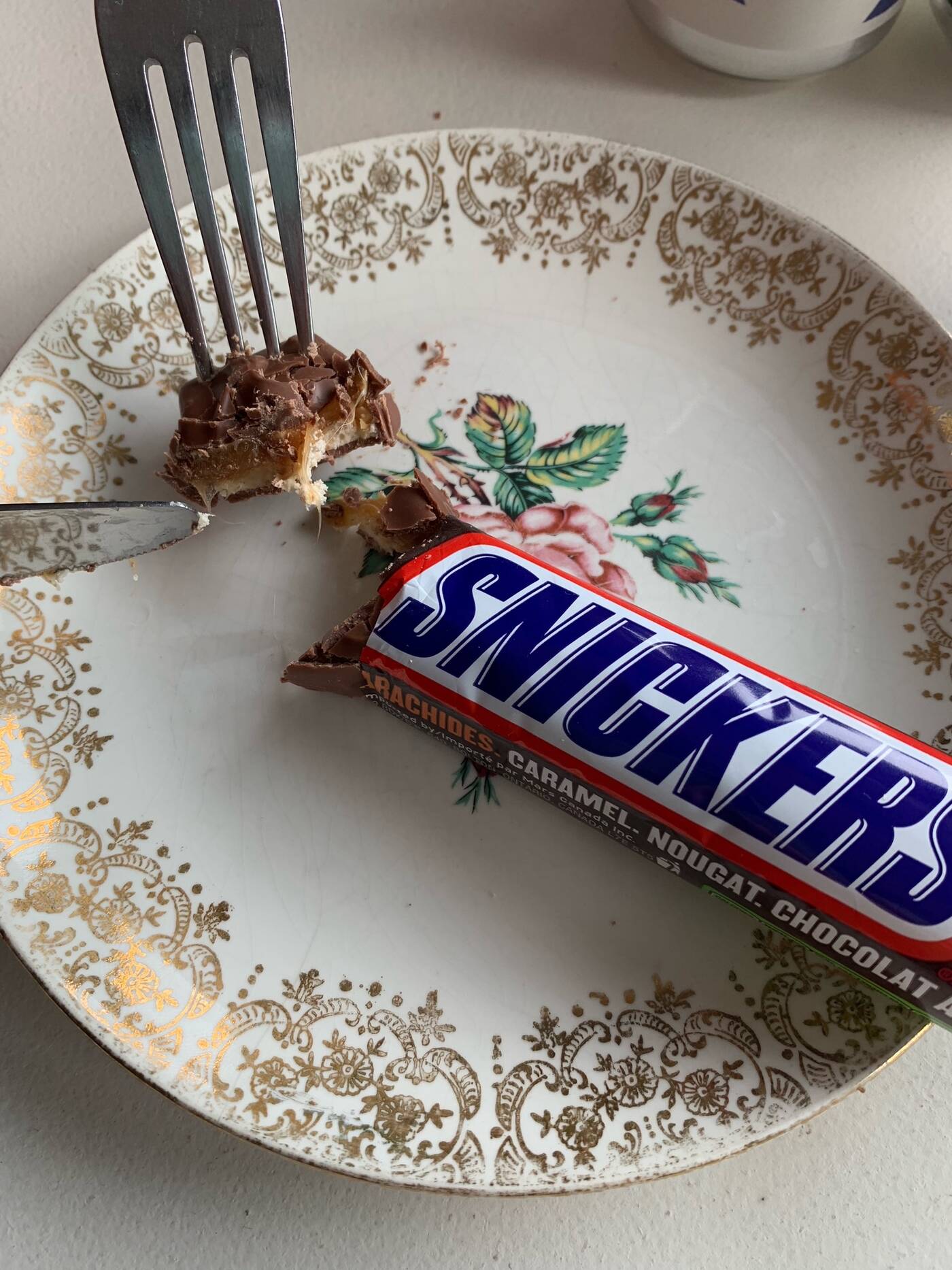 Snickers, served Mr.-Pitt-style with a knife and fork. Photo courtesy of Betty's General.

They'll also have pastrami on marble rye, "Look to the Cookie" big black and white cookies, chocolate babka, a Drake's coffee cake slab, muffin tops and Junior Mints. Life was already imitating art as they were putting the menu together.

"Did get the last three marble rye in the city apparently—a showdown at Future Bakery this morning. Very Seinfeldian," says Gatien.

You can preorder online for first come first serve pickup of limited quantities of the Seinfeld menu that are still available; their babka and black and whites sold out in minutes. You can also check out their other items on offer, or pop by and see what's in the grab and go fridge.