Toronto lost its share of venerated greasy spoons last year, but Avenue Diner, the 77-year-old restaurant on Davenport Road, is determined to hold on.

Slinging clubhouse sandwiches and plates of home fries, the business has been holding down the northwest corner of Av and Dav since 1944. For owner Louis Klasios, the diner is all he knows.

Bu there's a new development from Greybrook Realty Partners slated for that same corner. Earlier this year, the developer closed a deal on five properties on the block, with plans to build a luxury high-rise. 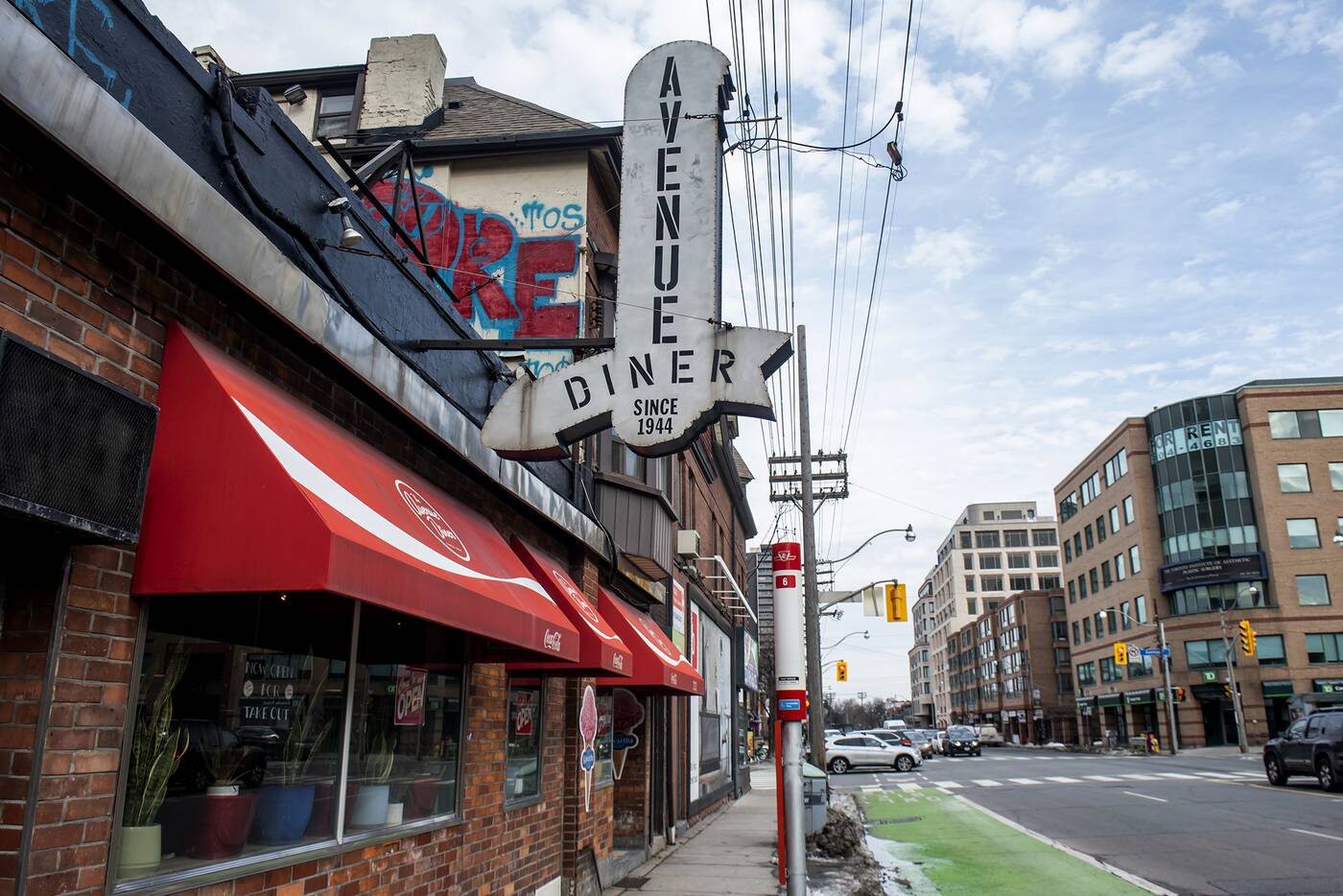 Avenue Diner has sat the northwest corner of Avenue and Davenport for 77 years.

Sitting right in the midst of the proposal—with its promise of 380 condo units and 6,000 square feet of sparkling new commercial space—is Avenue Diner.

Klasios, 62, has no idea what the new build means for his family business. Like everyone else, he's in the dark about what the future holds. 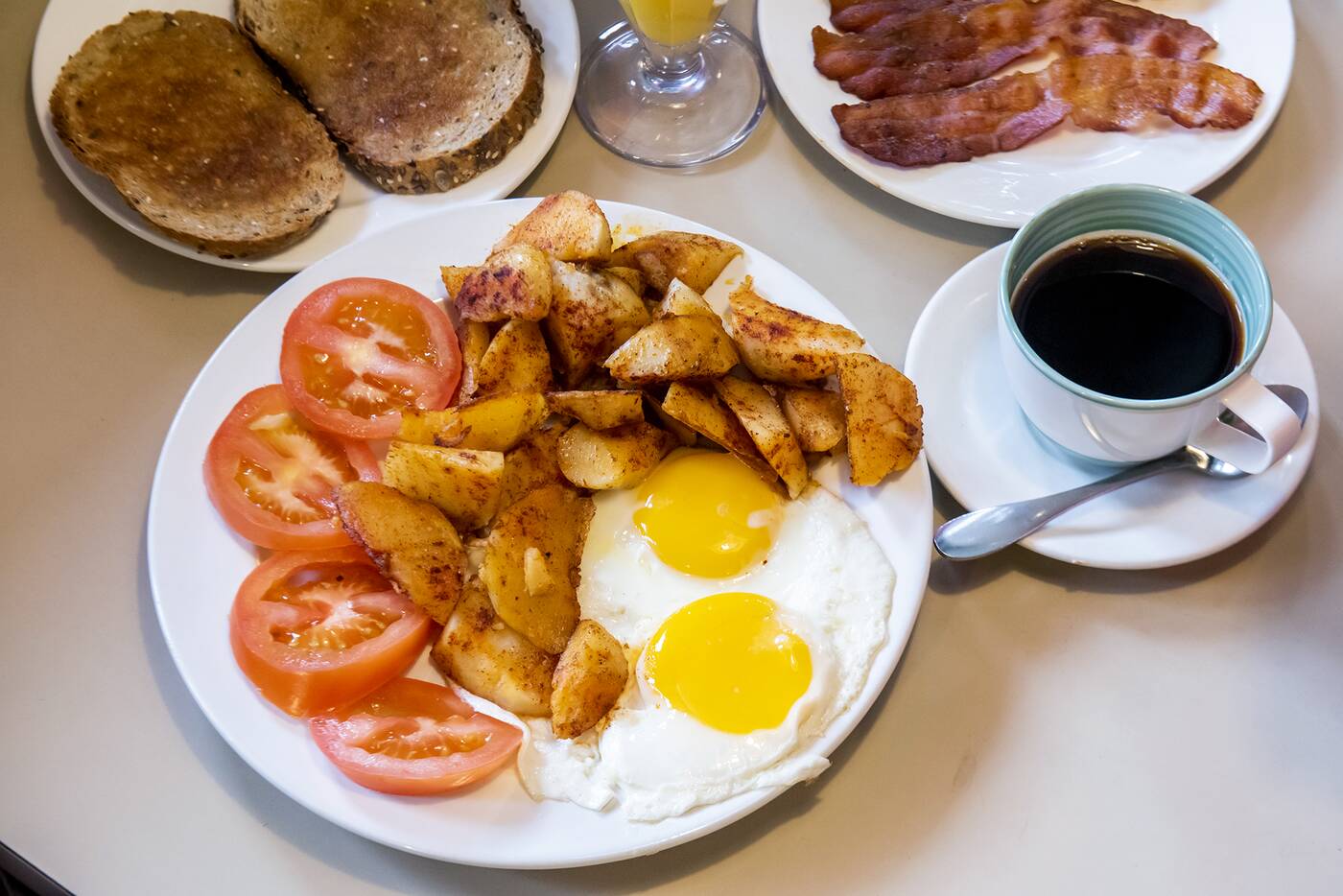 The diner is loved for its affordable plates of over easy eggs with home fries.

There's a reason why diners are universally loved and Avenue Diner is one of those greasy spoons that checks the boxes. There's an unparalleled sense of safety that comes with a two-egg breakfast and bottomless coffee.

The wall of signed photos from celebrities—Hollywood's hallmark of honour for any true local mainstay—points to its TIFF heydeys.

The diner has caught its share of drifting stars, from the likes of Liza Minnelli to Robert De Niro, who Klasios remembers was passing through from Yorkville's Four Seasons. He even gave Klasios tickets to his screening of A Bronx Tale at the Elgin Theatre. 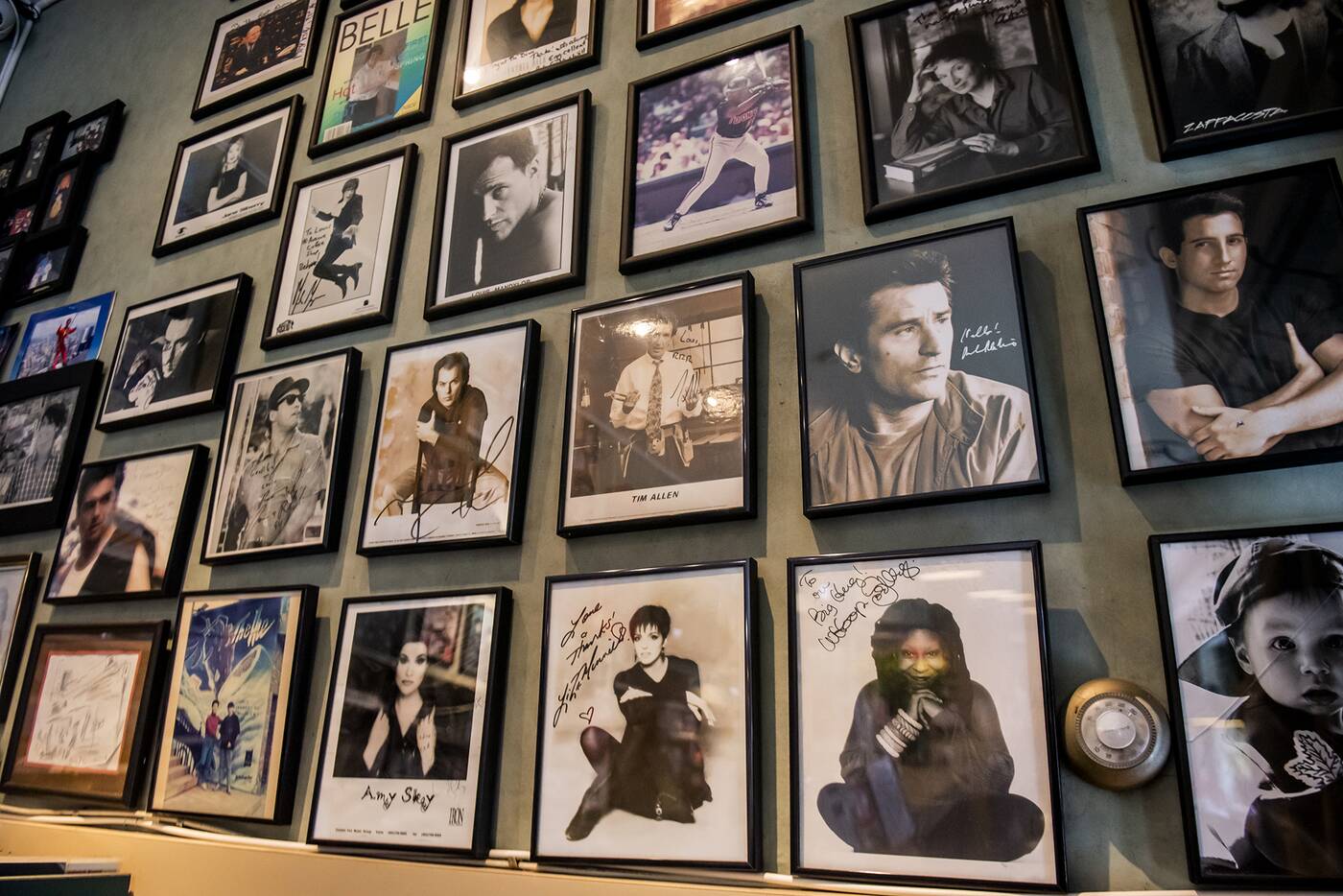 A wall of signed celebrity photos include signatures from Whoopi Goldberg and Tim Allen.

But dine-in is still prohibited in Toronto, and it's that missing human element that Klasios says is hurting the restaurant most. At the end of the day, diners aren't really built for takeout and Avenue Diner is barely getting by.

The kitchen is getting 10 orders a day, at most. Ongoing lockdown means it'll be a while until our pants and those vinyl bar stools meet again. 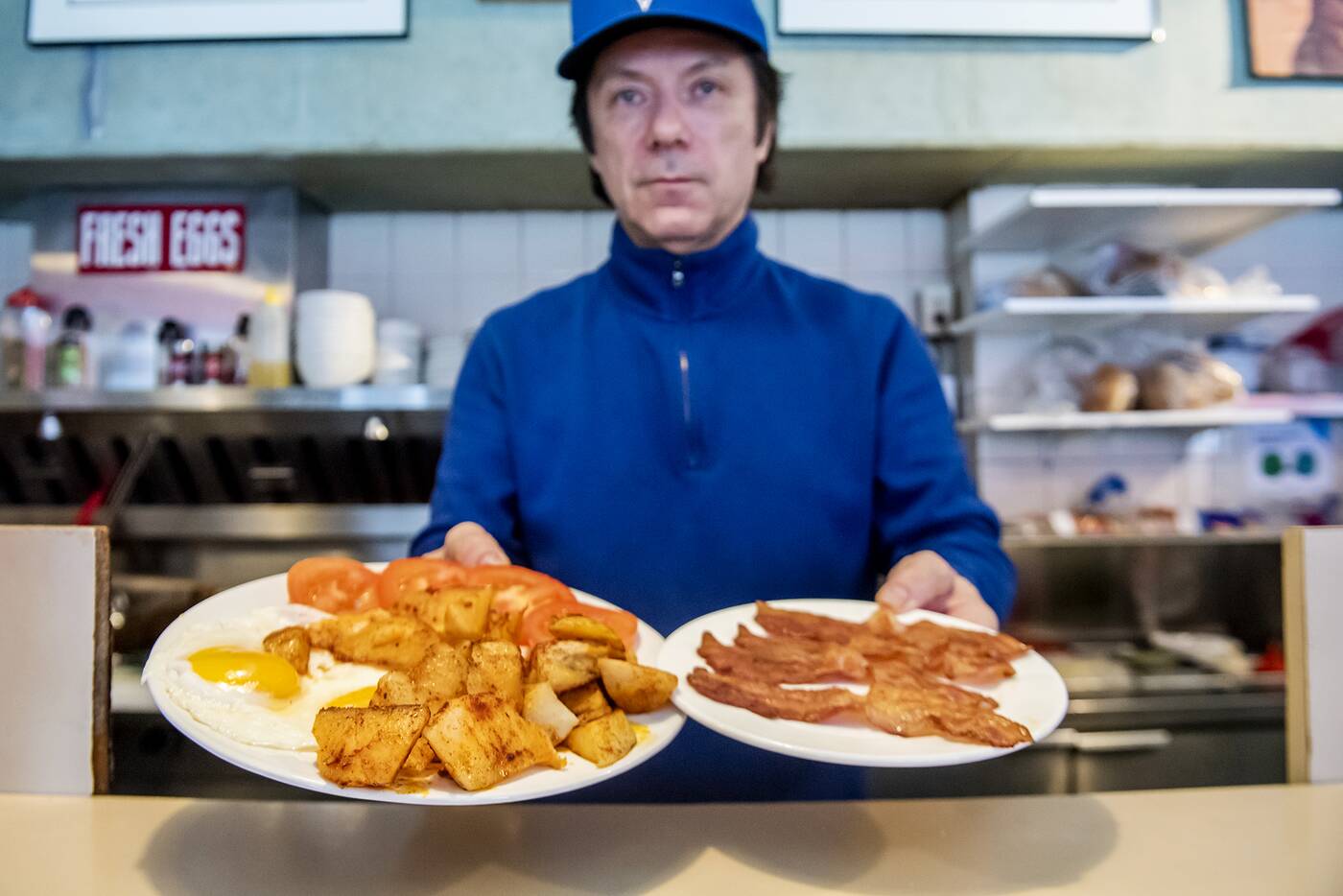 Louis Klasios has been running Avenue Diner for 35 years.

Plus, diners are hard to run, even outside of a pandemic.

"It's hard to get staff. It's a lot of work," says Klasios. "You're doing the home fries from scratch, fresh turkey, fresh chicken. I love diners, but the city is changing so everything is becoming more commercial."

"All these places are going down, places you've been going to for 30-40 years. That's what's happening to the whole city... Everything's becoming more of a fast food thing now, which I don't like." 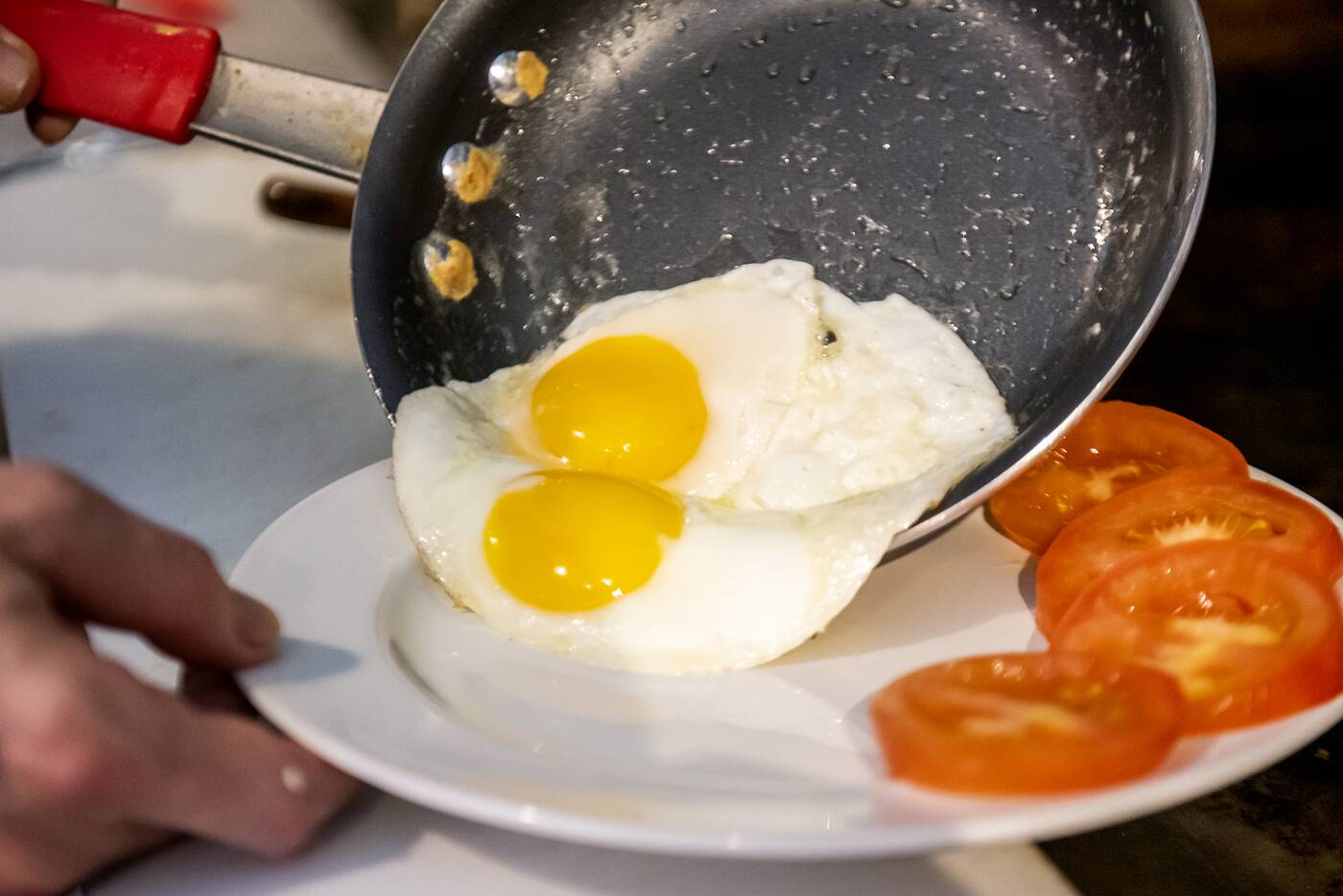 Longtime diners have been hard-hit by the loss of dine-in during Toronto's lockdown.

Klasios, who took sole proprietorship of Avenue Diner from his uncle 35 years ago, remembers helping out in the restaurant when he was 11 years old.

Nearly everyone in his family, from his mom and dad to his cousins, has paid their dues at Avenue.

Likewise, the restaurant has seen generations of loyal customers pass through its doors. Many have called to check up on Klasios since news broke about the Greybrook development. 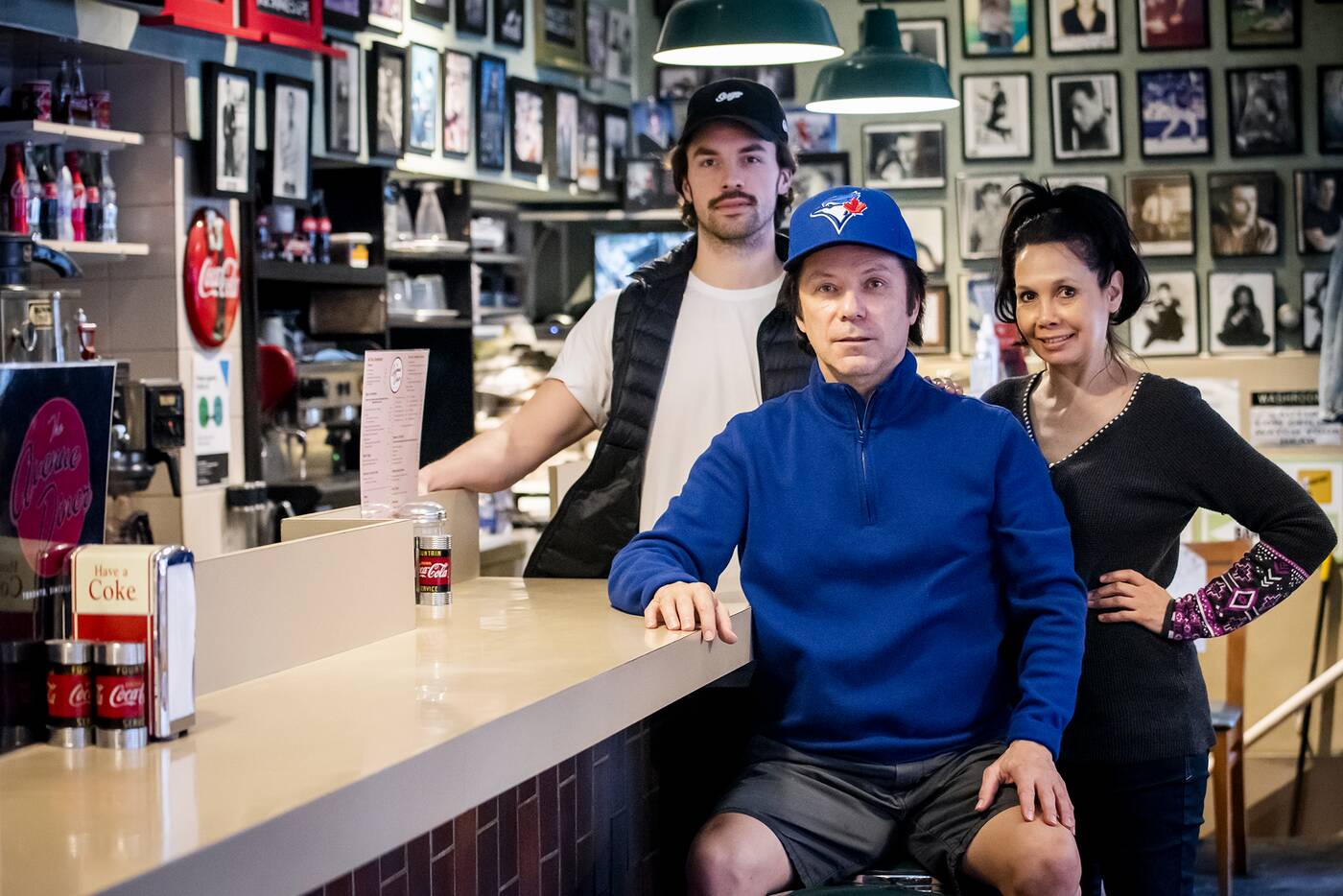 It's just Klasios and staff member Bridget working at the diner these days. Klasios' son Blake, 25, helps out on weekends.

"It's a family," says Klasios. "Most of our regulars are friends of mine that I've known for years. A lot of my friends, their kids bring their kids. New generation after new generation."

They're not the words that anyone wants to hear: "Diners are sort of dying." But Klasios says that relocation isn't an option if the new condo does decide to push him out, and it's the same for many other businesses in his line of work. 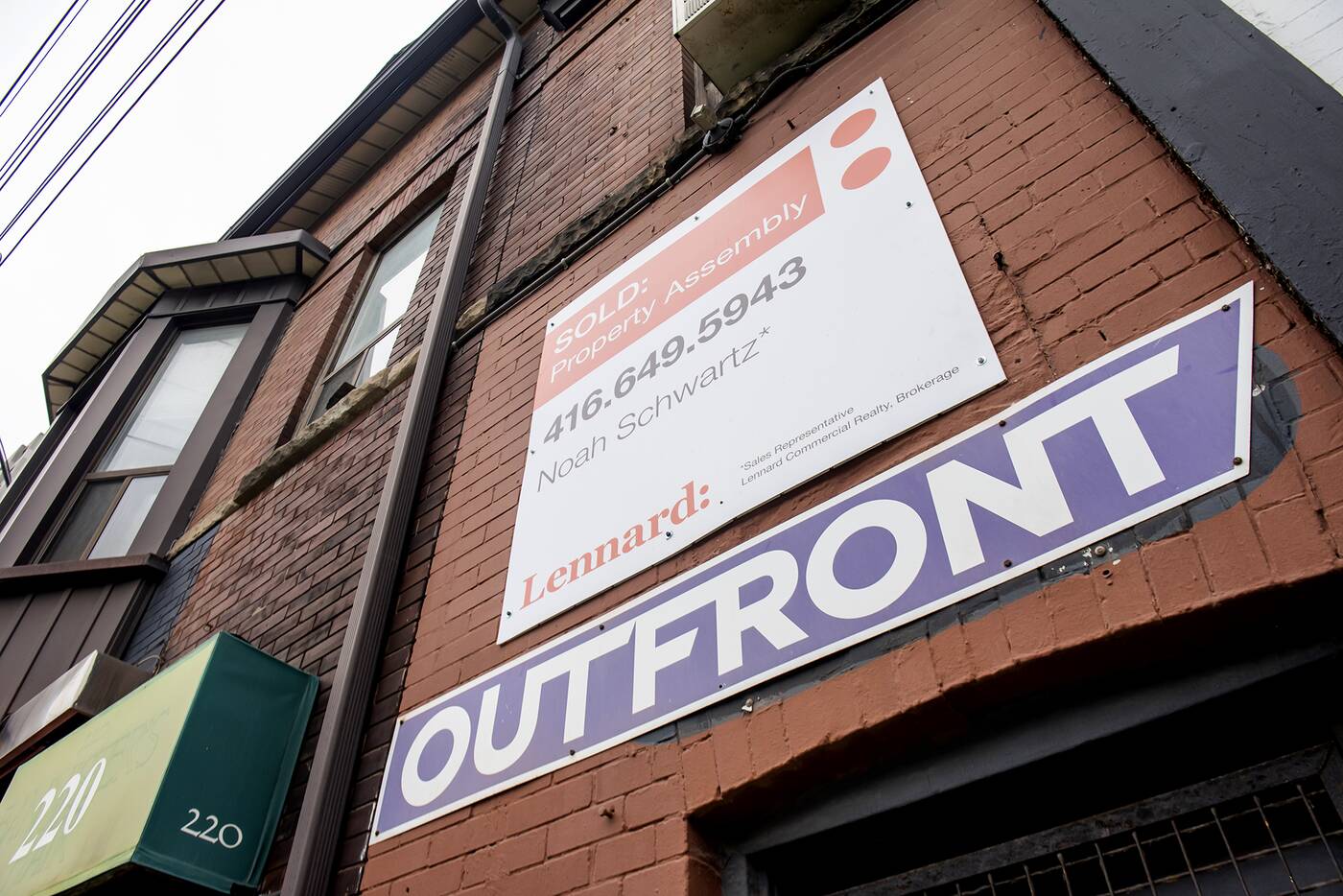 The proposed development from Greybrook has yet to release further details about its intentions for Avenue Diner.

Until then, the diner is taking it day by day.

"I really haven't had another job. It seems like it just flew by and I really wouldn't have it any other way," he says. "I've been very fortunate."

Toronto is getting a massive rib festival this weekend

People in Toronto are obsessing over this brunch restaurant's pancakes

Markham's massive Asian night market is coming back this summer