Ontario craft brewery Great Lakes has announced it's getting a massive new location on Toronto's waterfront.

The GLB Brewpub is slated to open at 11 Lower Jarvis Street in the fall with a 6,000-square-foot space, says the 34-year-old brewery.

The larger of the two, which seats 50, will be located in a Brick Lane-inspired courtyard dubbed 'The Yard'. The smaller outdoor area will be more of a standing patio. 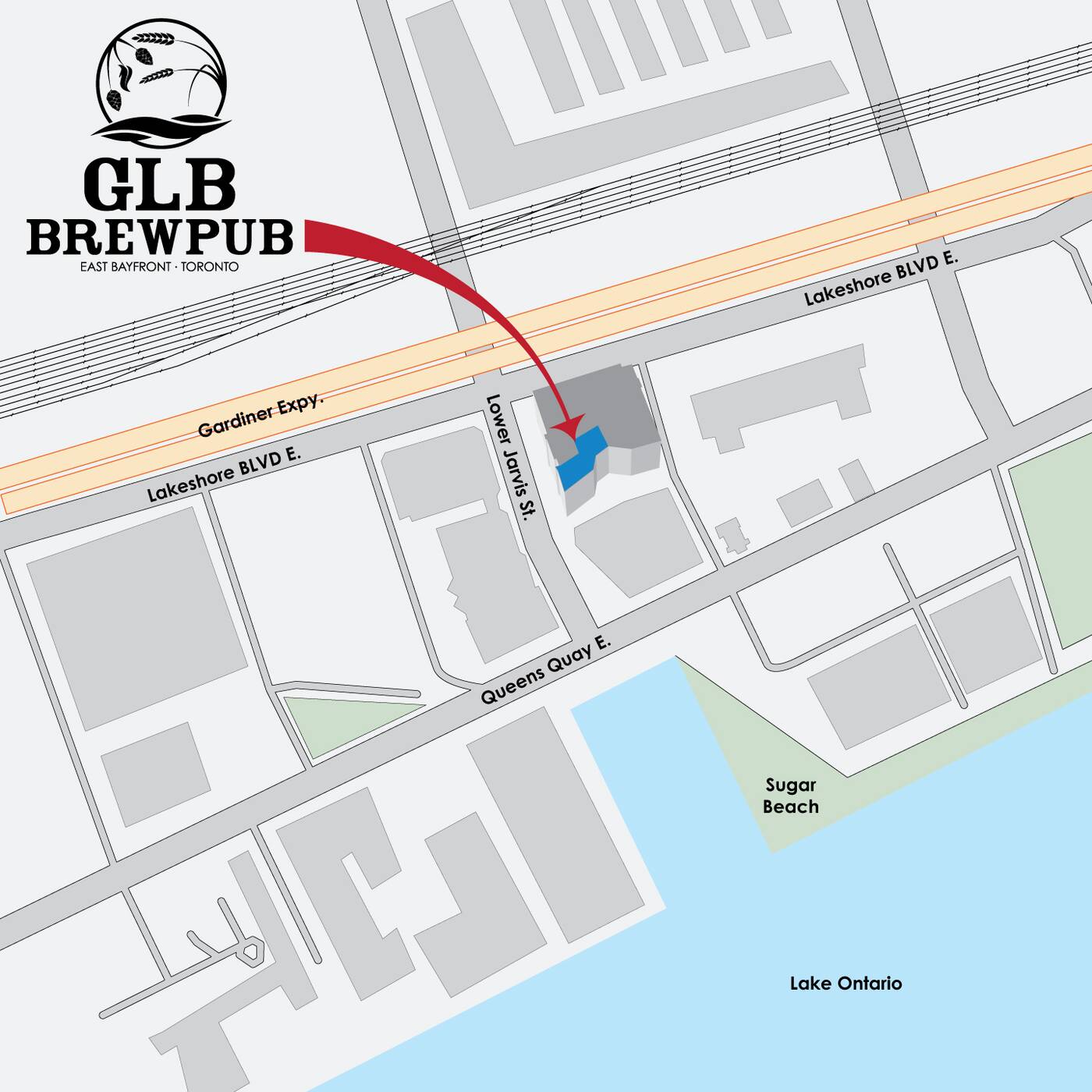 The 120-seater brewpub will also feature an extensive retail store with 20 feet of fridge space.

Great Lakes, which already operates a location in Etobicoke, will be moving into the Daniels Waterfront's City of the Arts community.

The massive mixed-use complex at Queens Quay, which is currently still under construction, includes condos as high as 45 storeys and an extension of Sugar Beach Park.

According to Great Lakes' president Peter Bulut, he signed the lease on the building in 2018, as it was being built, but plans were pushed back thanks to COVID-19.