A young Toronto woman created a successful baking company from her kitchen, but it wasn't a piece of cake.

Like many, Julia Gallay (known as Gallz) lost her job due to the COVID-19 pandemic. Luckily, this led her on an incredible journey to starting her own micro-bakery, Gallz Provisions.

"My love language is baking and cooking for people, which turned into me dabbling with layer cakes and I became obsessed with it," she told blogTO.

Her success didn't come overnight, though — she spent months planning before she even began selling her products.

She started her Instagram page just under a year ago, while she was still working for a medical nutrition start-up company.

"My sister was the one who was like 'this is getting ridiculous, you need to start an Instagram account for people to see what you're doing.' And then the pandemic happened and because of that, I had the ability to work from home and cook way more elaborate things," said Gallz.

After losing her job last summer, Gallz said she never would have guessed she would be where she is today. "I had every single intention of going back to work. So during that time, I was doing some professional development courses," she said. 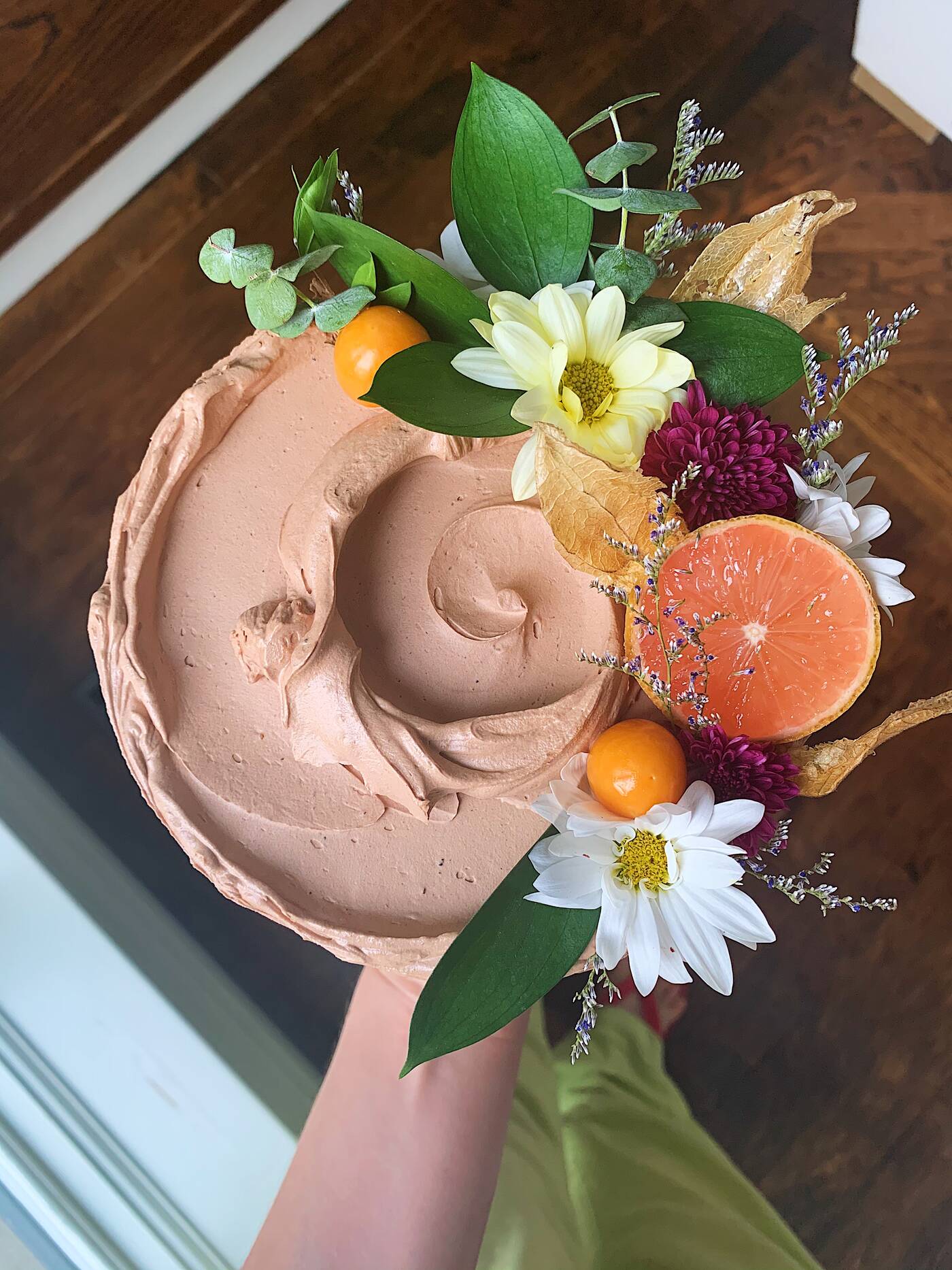 Cakes from Gallz Provisions are custom and made to order.

The 24-year-old also studied biology and media, information and technoculture at Western University. But even then she knew it wasn't the right path for her.

"When I was in university I didn't really know what I wanted to be doing...I just didn't feel super passionate about anything in school, I was kind of just there to get the degree because I knew that I was better in the workplace," said Gallz.

As her Instagram page grew, more and more people were interested in her custom cakes. At first, it was friends and family, but soon strangers were reaching out for these gorgeous desserts. 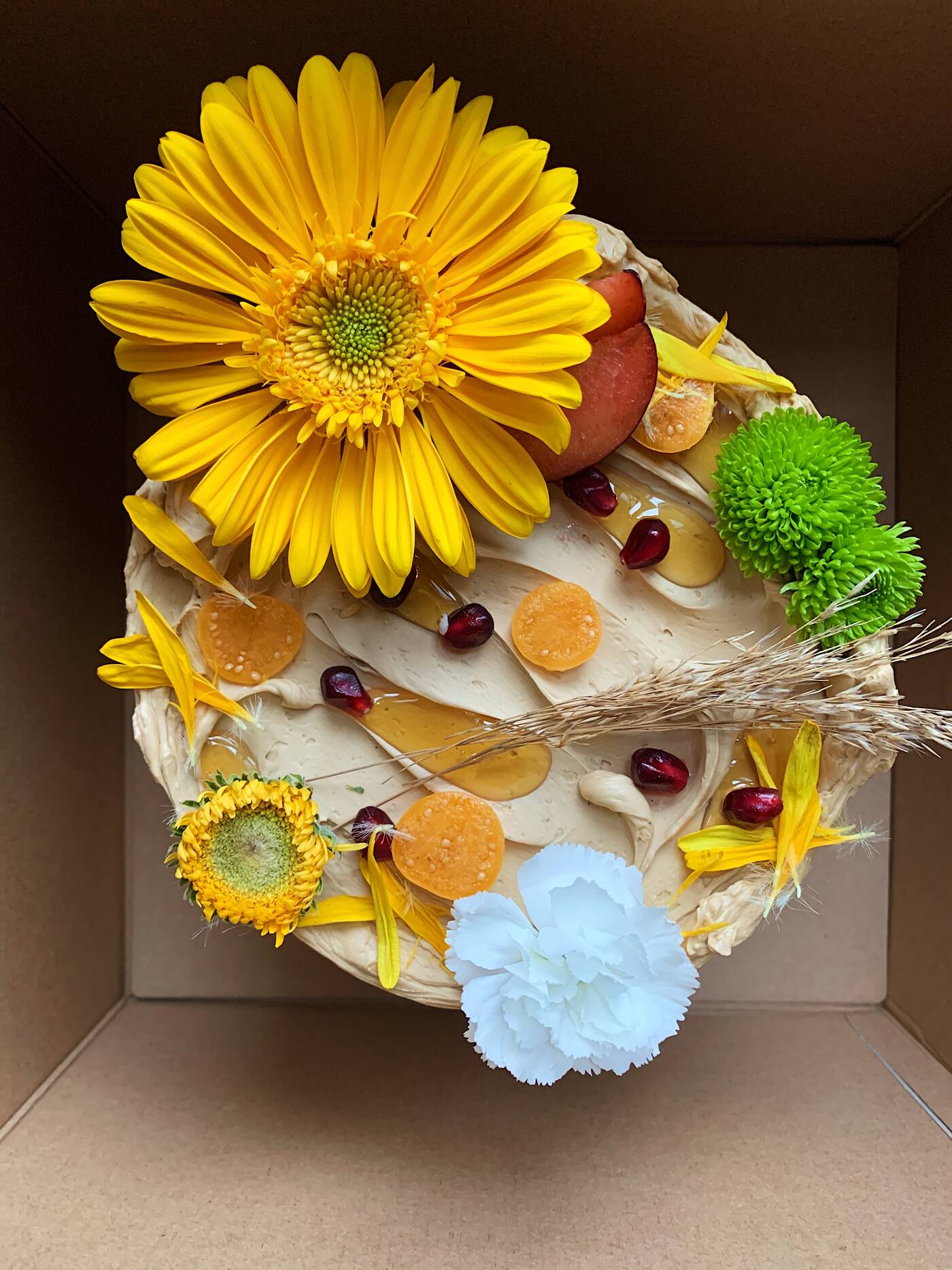 An orange and cardamom cake ordered for an Indian-inspired dinner.

At first, Gallz was uncomfortable taking money from her friends. "I just thought it was such a weird thing. But if it wasn't for them telling me that I have the ability to do this, I wouldn't have done it," she said.

Now, a custom cake from Gallz Provisions costs anywhere from $60 to $75 and the demand is high.

"I have a little bit of a hard time turning people down just because I know how a cake can brighten their day and make them feel special," she said.

The designs and decorations for the cakes are truly a collaborative effort. They're inspired by the customer's favourite things, other pastry chefs and even flowers Gallz falls in love with. 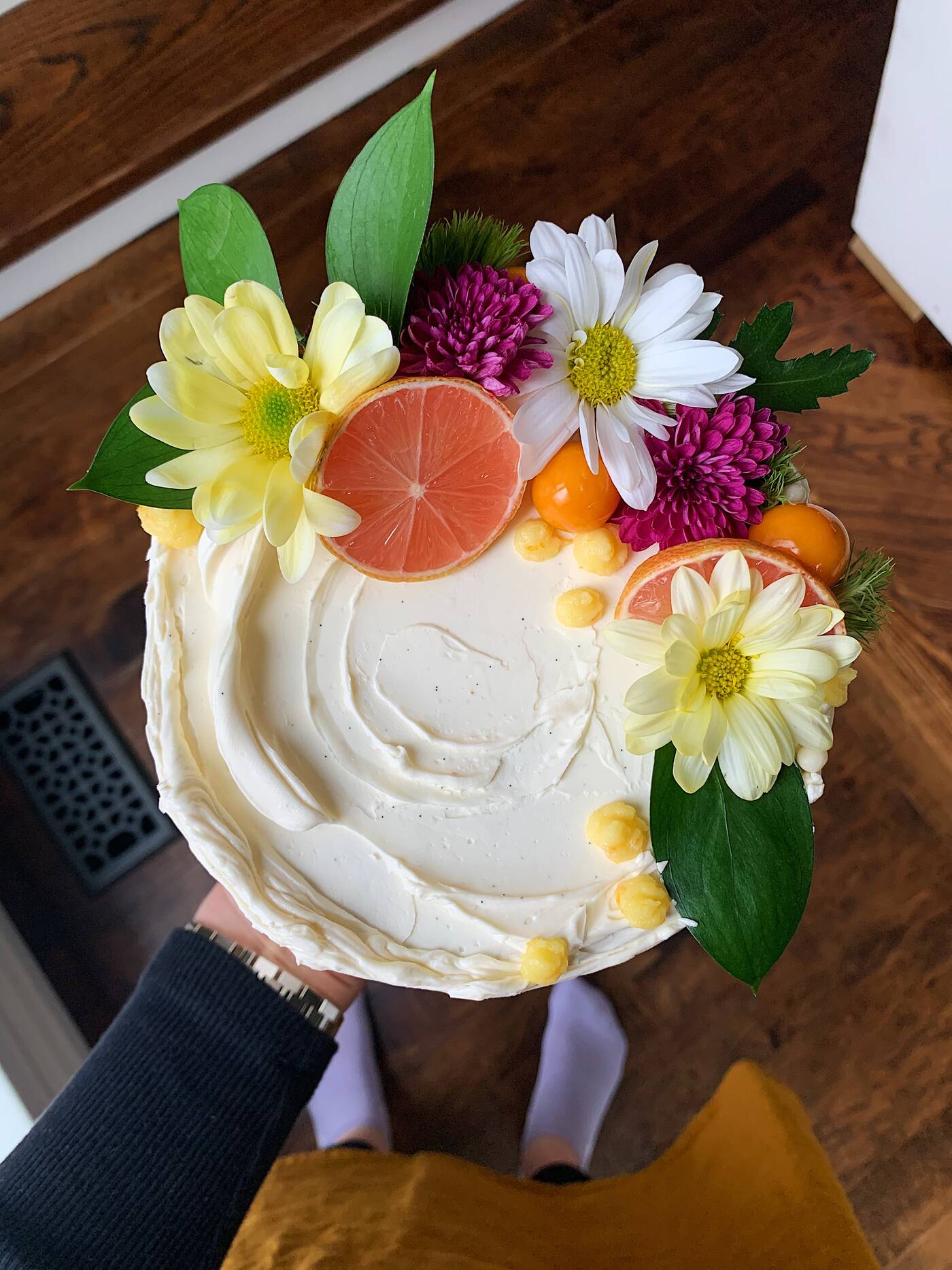 "I know it sounds crazy, but it's kind of like we work together to come up with their perfect cake. They're already super invested in it before I even create it because they feel like we've done this thing together," said Gallz.

Throughout her journey, she was also supported by her parents. She said that she initially didn't know what their reaction would be, especially because she comes from a family of doctors.

"I'm lucky that they're super supportive. I can't really complain. They like to hype me up so that's really great. And they definitely appreciate the food," she said.

Despite all of the success, Gallz, like many, felt a bit of imposter syndrome.

"As much as I know that I am super talented and spend a lot of time studying everything, at the back of my mind I am still not a professional from a classic perspective," she said. 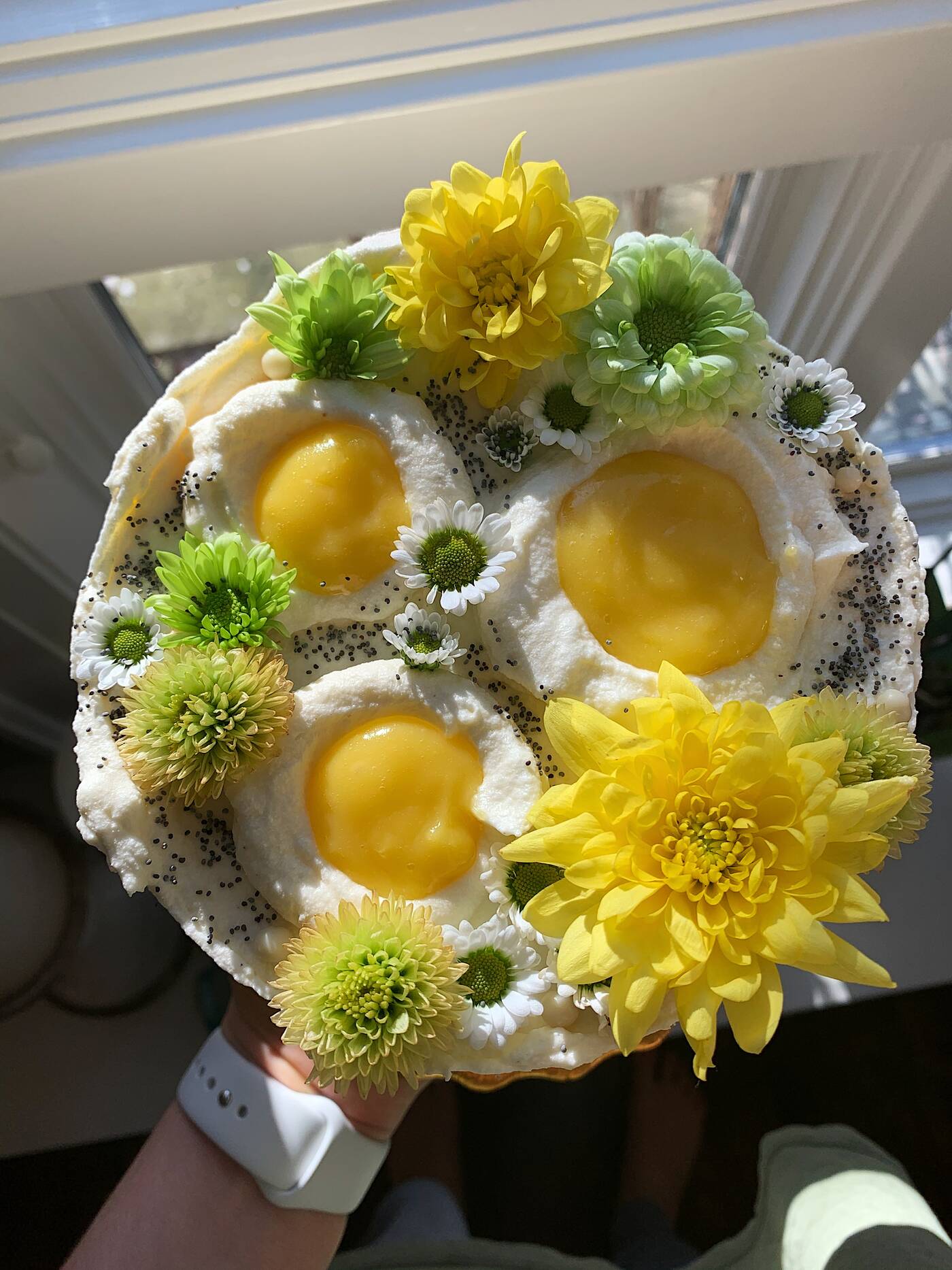 Prices for custom cakes start at $60 but can be more expensive depending on style and design.

She did not attend a pastry or culinary school, which made her doubt whether or not she should be charging people, but she soon realized that schooling didn't necessarily matter.

"Through spending time in food and media, you realize that like 50 per cent or more people in the industry are not classically trained," she said.

With her cake business taking off, Gallz said she has no plans to return to a normal 9-5 job, even after the pandemic.

"It's not until you start something yourself and it's fully yours that you just can't stop. And it's weird because I never thought that I would be that person to start something, I didn't think that I was that type of entrepreneurial person at all," she said.

She wants to tell anyone who has also lost their job due to the pandemic to remember that there's always a silver lining.

"Maybe I'm just a positive person but I do think that there are always good things that can come from such treacherous times," she said.