There are few home breakfast combinations more popular among busy Canadians in the morning than a bowl of cereal with a cup of coffee (plus some OJ on the side, if commercials are to be believed.)

Enter the new Tim Hortons Café Mocha Flavoured Cereal from Post Foods: A breakfast cereal that literally tastes like coffee — and one that's near-guaranteed to be a smash hit just like the Timbits cereal they released last year.

Canucks really do love themselves some Timmy's at home.

This latest foray into the grocery store from Canada's largest cafe brand "combines rich chocolate and smooth coffee flavours with mocha-swirled marshmallows," according to an announcement from Post released Friday morning. 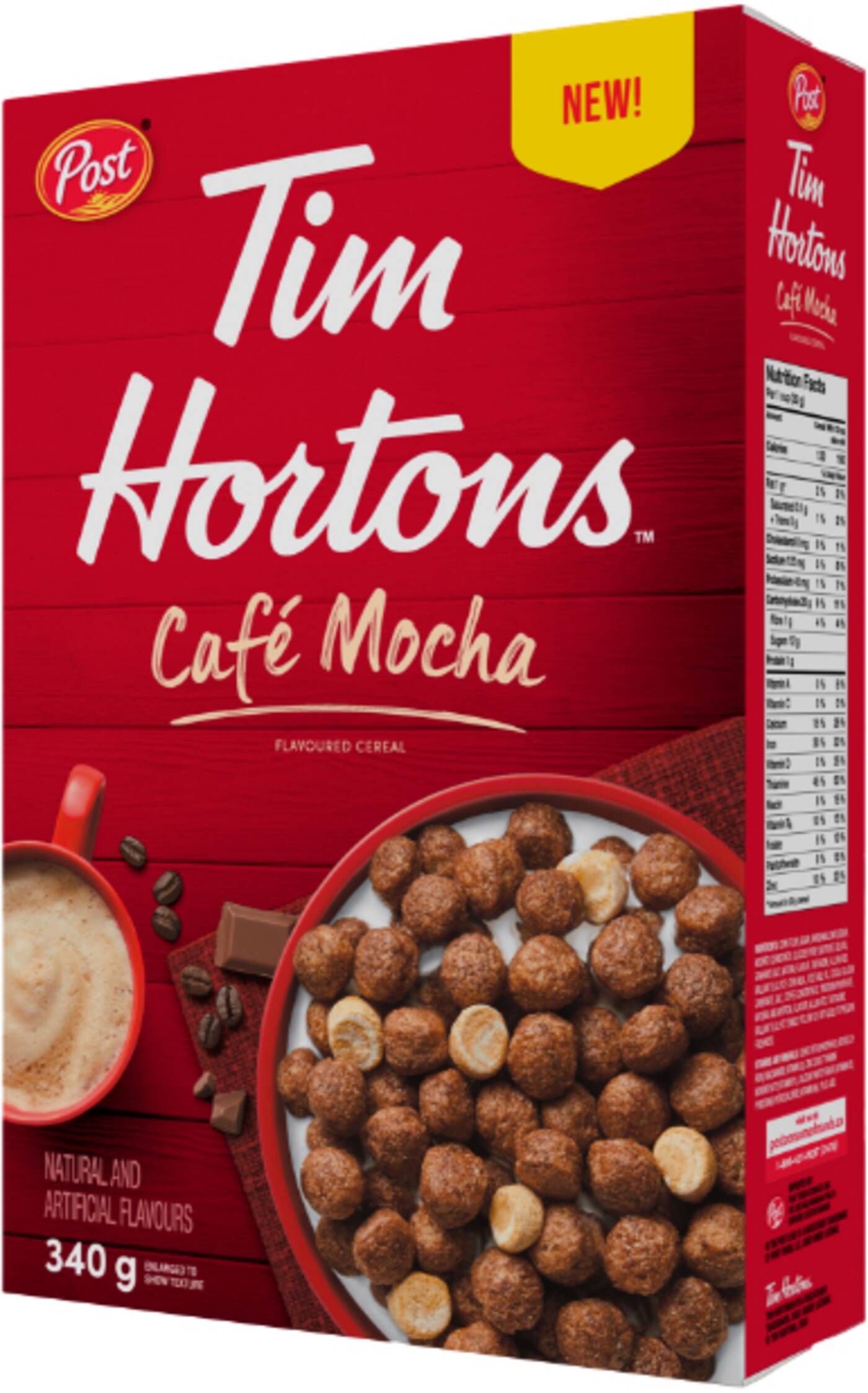 The new Café Mocha-flavoured cereal from Tim Hortons will be hitting the shelves of major grocery chains sometime this month. Image via Post Foods.

"We know Canadians love coffee with their Timbits, so following the success of Post Timbits cereal last year, it was natural for us to extend that into a new coffee-flavoured cereal," said Samuel Heath of Tim Hortons on Friday.

"Post captured the delicious taste of our café mocha in a crunchy and delicious way and we hope Canadians will love it just as much as we do."

According to Tausif Hossain of Post Foods, last year's Timbits cereal was actually one of the most successful innovations in the history of Canadian breakfast cereals.

"Coffee lovers can have their coffee and eat it too," said Hossain. "Or at least in the form of a cereal."

As for where you can get it, Post says the new coffee-flavoured cereal "will be available at major grocery retailers starting in January."