Toronto's secret new handmade bagels come from an unlikely source: a pair of friends in the music industry.

Pro drummer Jesse Labovitz and manager/producer Adam Fujiki have been friends for over 15 years, first meeting at Sony BMG where Labovitz's band No Warning was signed. 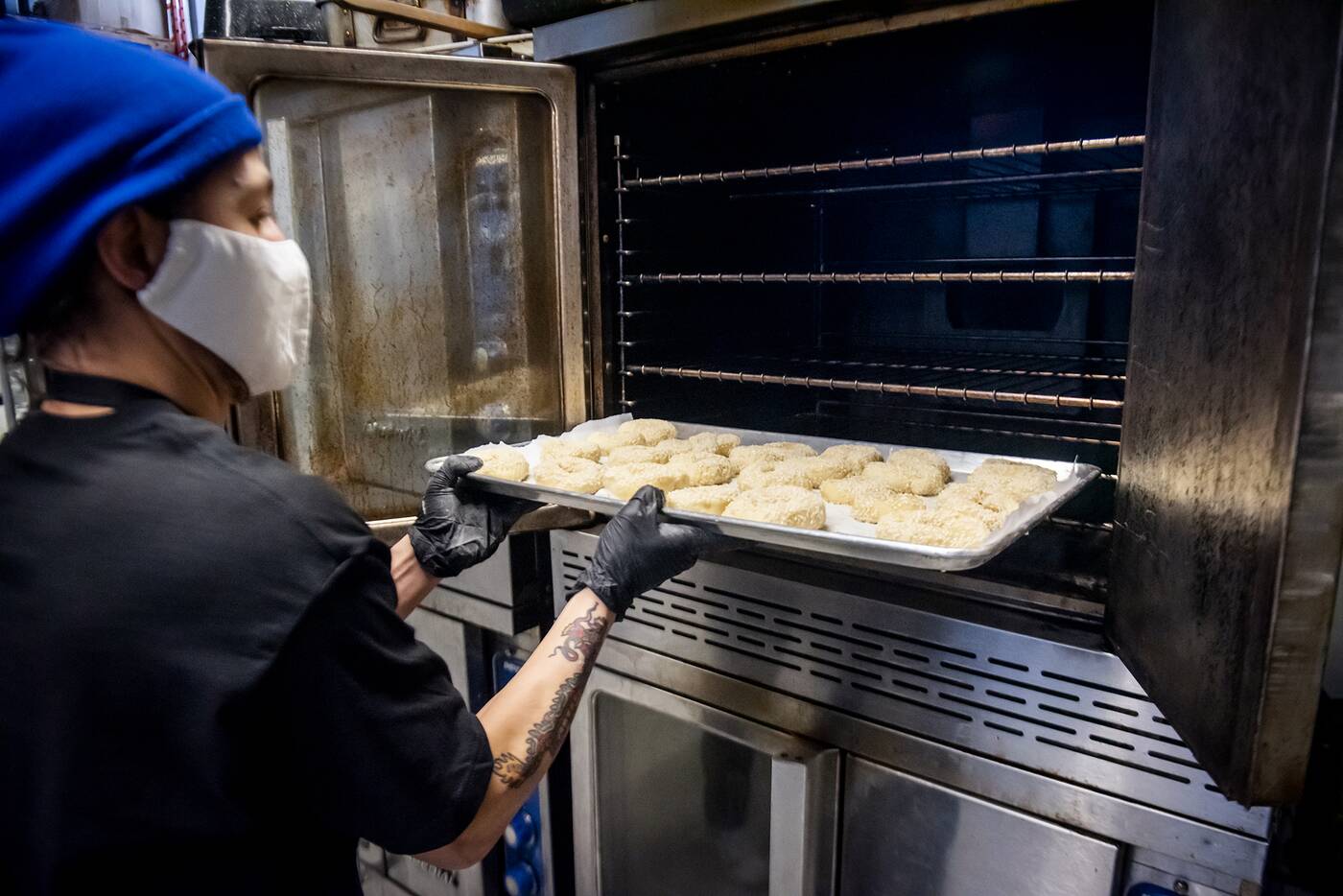 They started up project Sherm's Bagels together after Labovitz's tour was cancelled, playing around with pizza and dough recipes for fun. 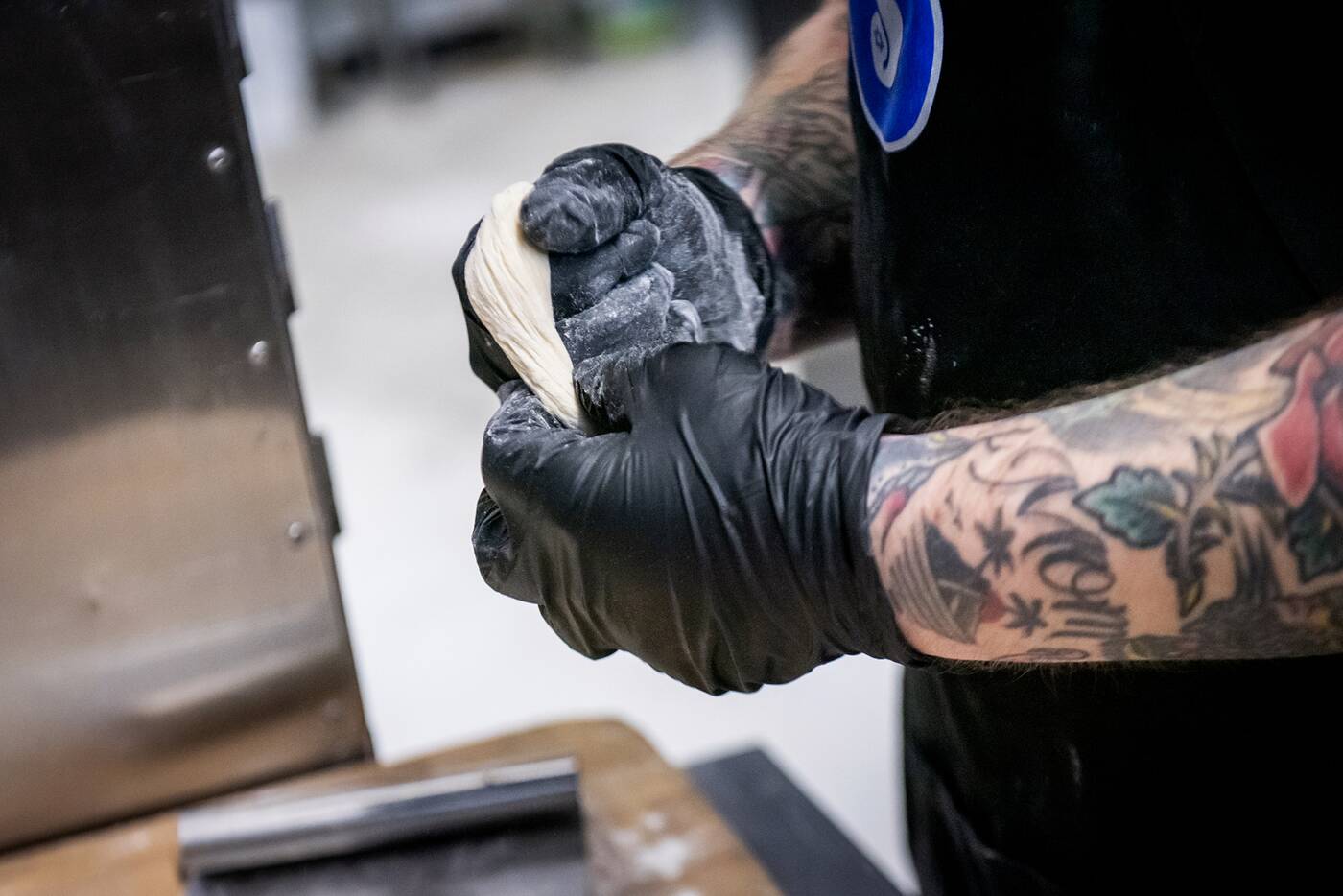 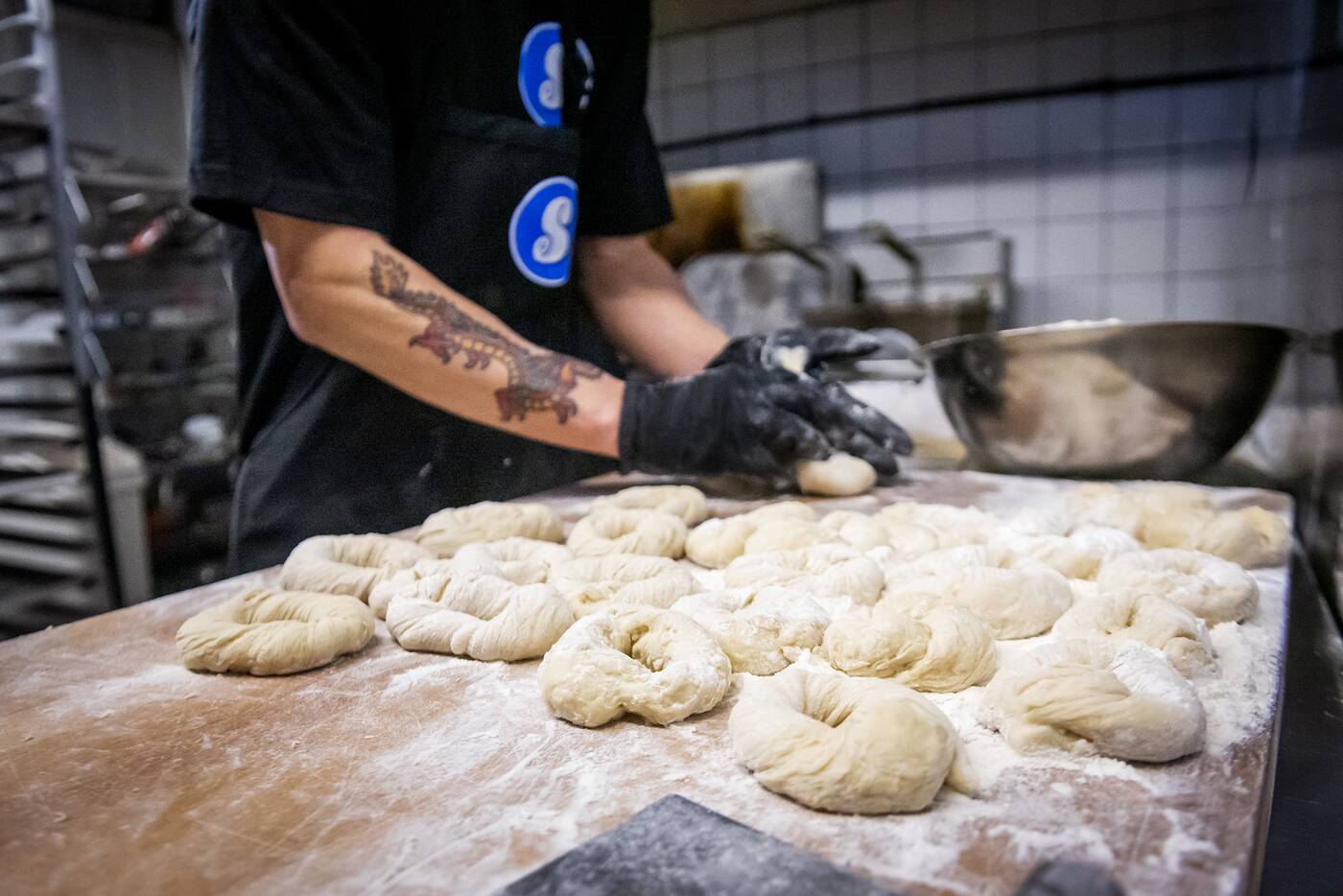 Through Googling, the pair both made versions of bagels at home over FaceTime and got incredible results. 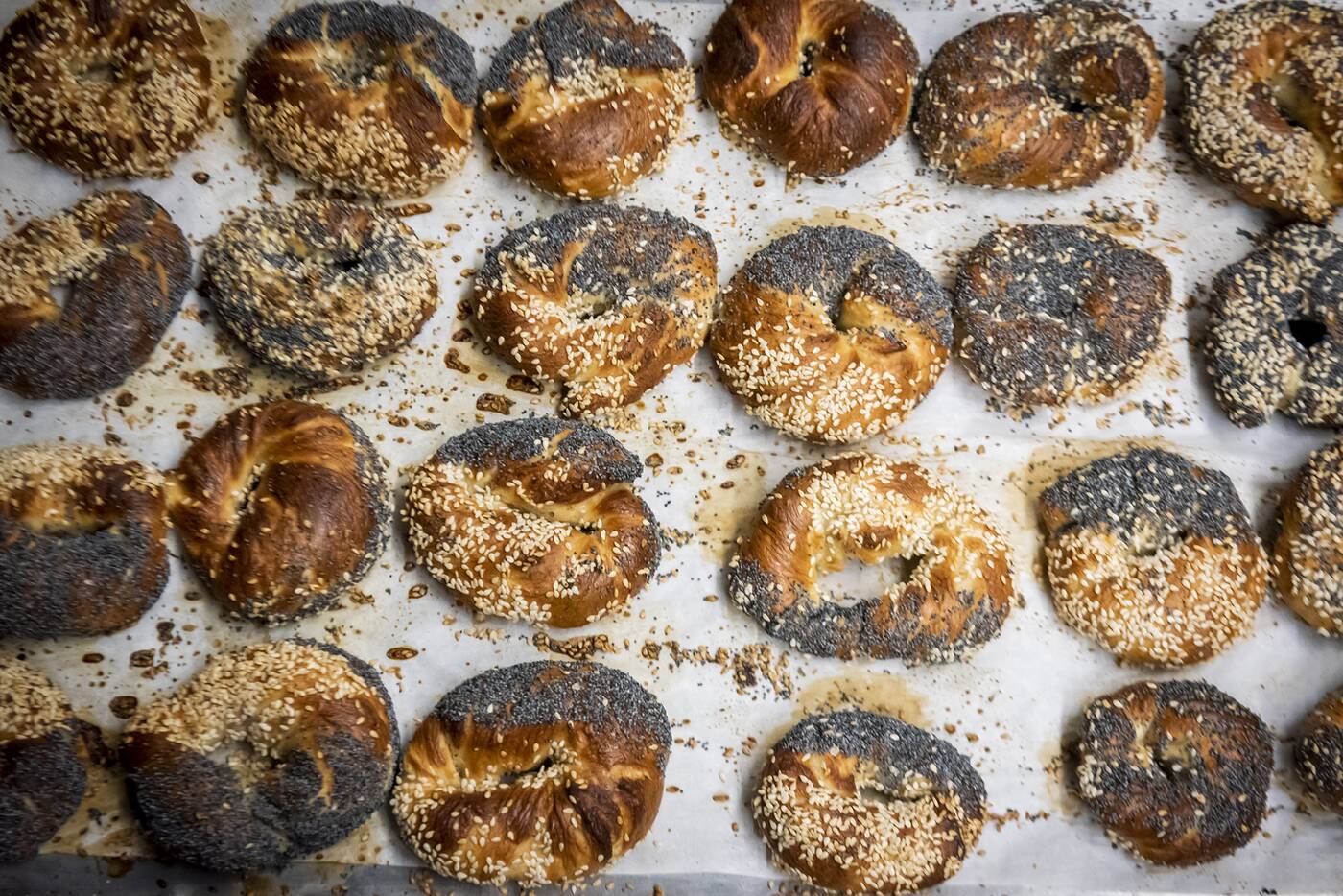 The next day, Labovitz woke up feeling inspired, and put up a post on Instagram asking if people would be interested in bagels. That was about a month ago now, and the interest just keeps growing. 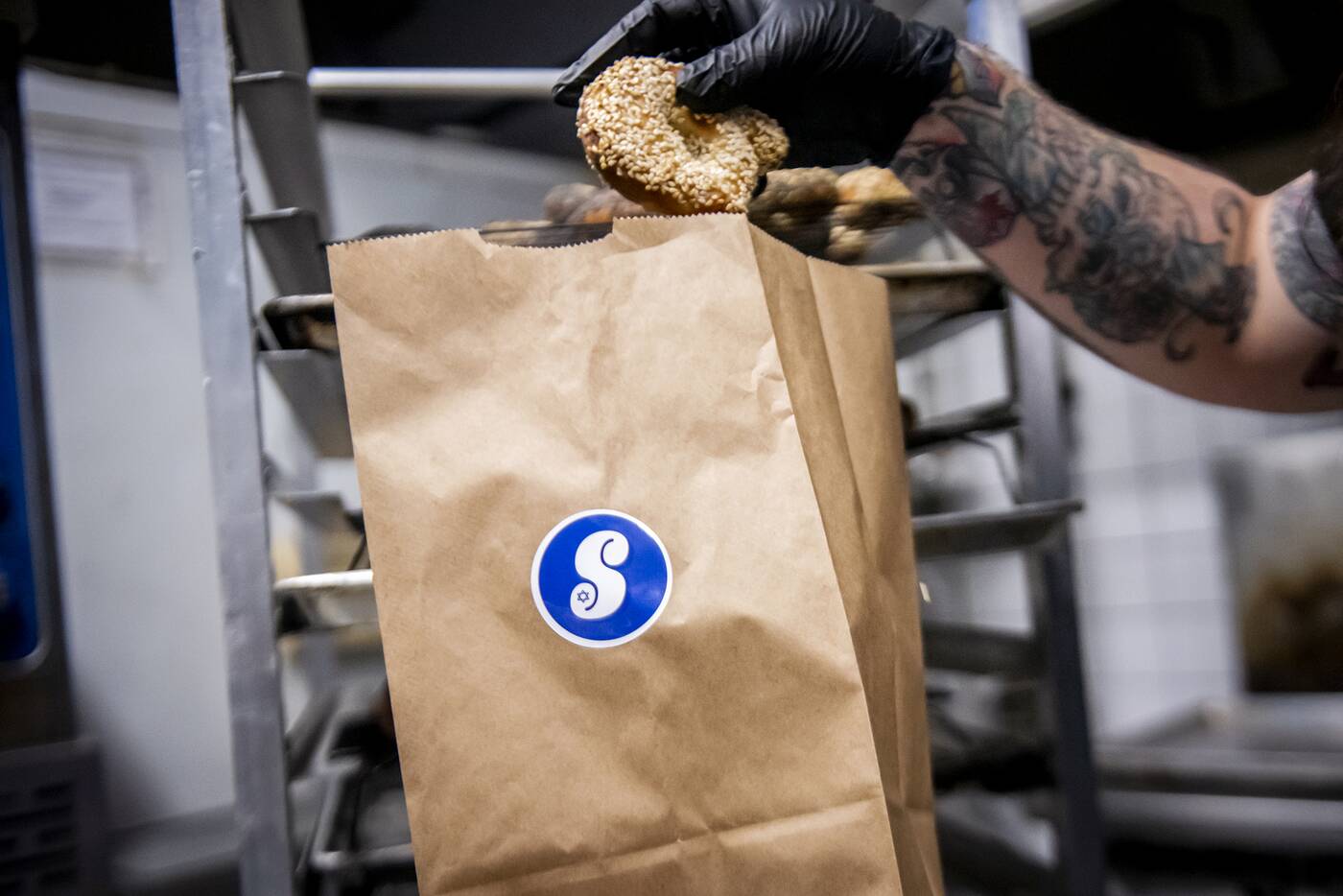 Sherm's, named for Labovitz's grandfather Sherman, deals exclusively in bagels and mainly makes poppy seed, sesame seed, and popular half and half varieties. Labovitz's partner Brittney Townson is responsible for whipping up a minimal blue logo. 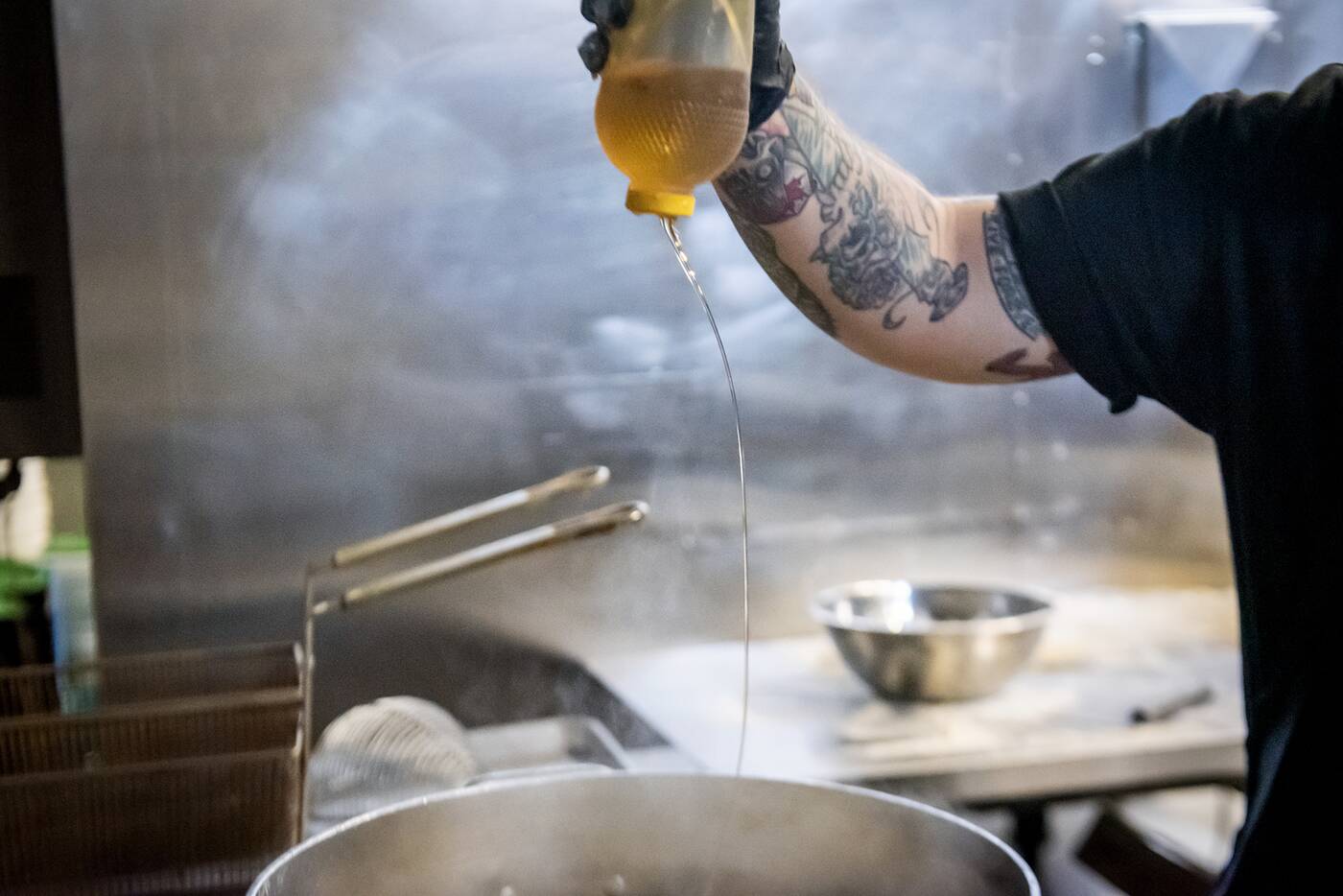 They're a little smaller than your average bagels, similar to ones found in Montreal, made by twisting into shape, boiling in honey water, generously seeding and then baking. They're slightly sweet and extremely chewy on the inside with a shiny hard exterior, and no two are the same. 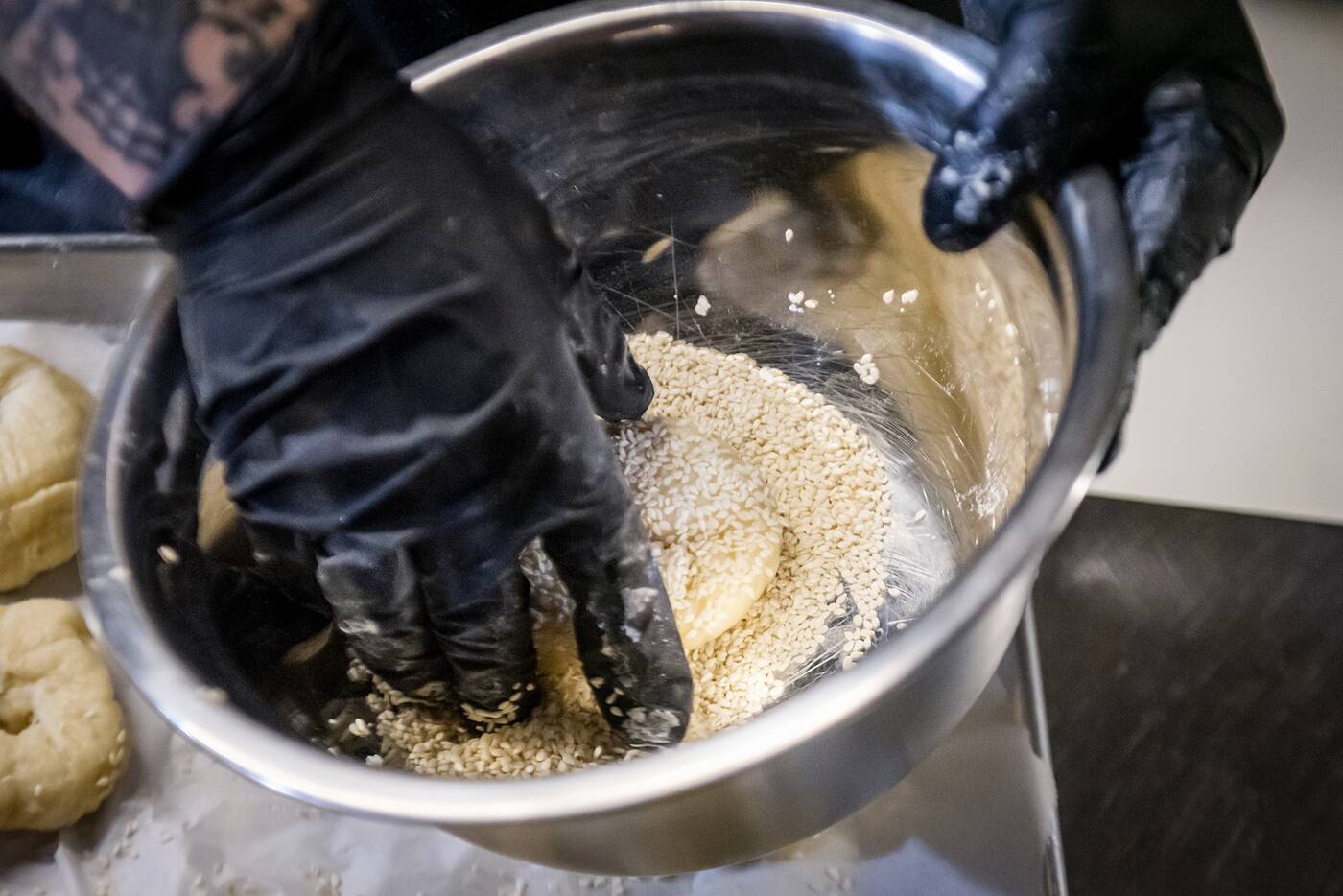 Up until now, pre-orders were taken only through Instagram DM's, the pair cranking out six to eight dozen bagels a day max, only able to bake two dozen at a time in small residential ovens, first at a two bedroom apartment at Lansdowne and College and then in an empty condo. 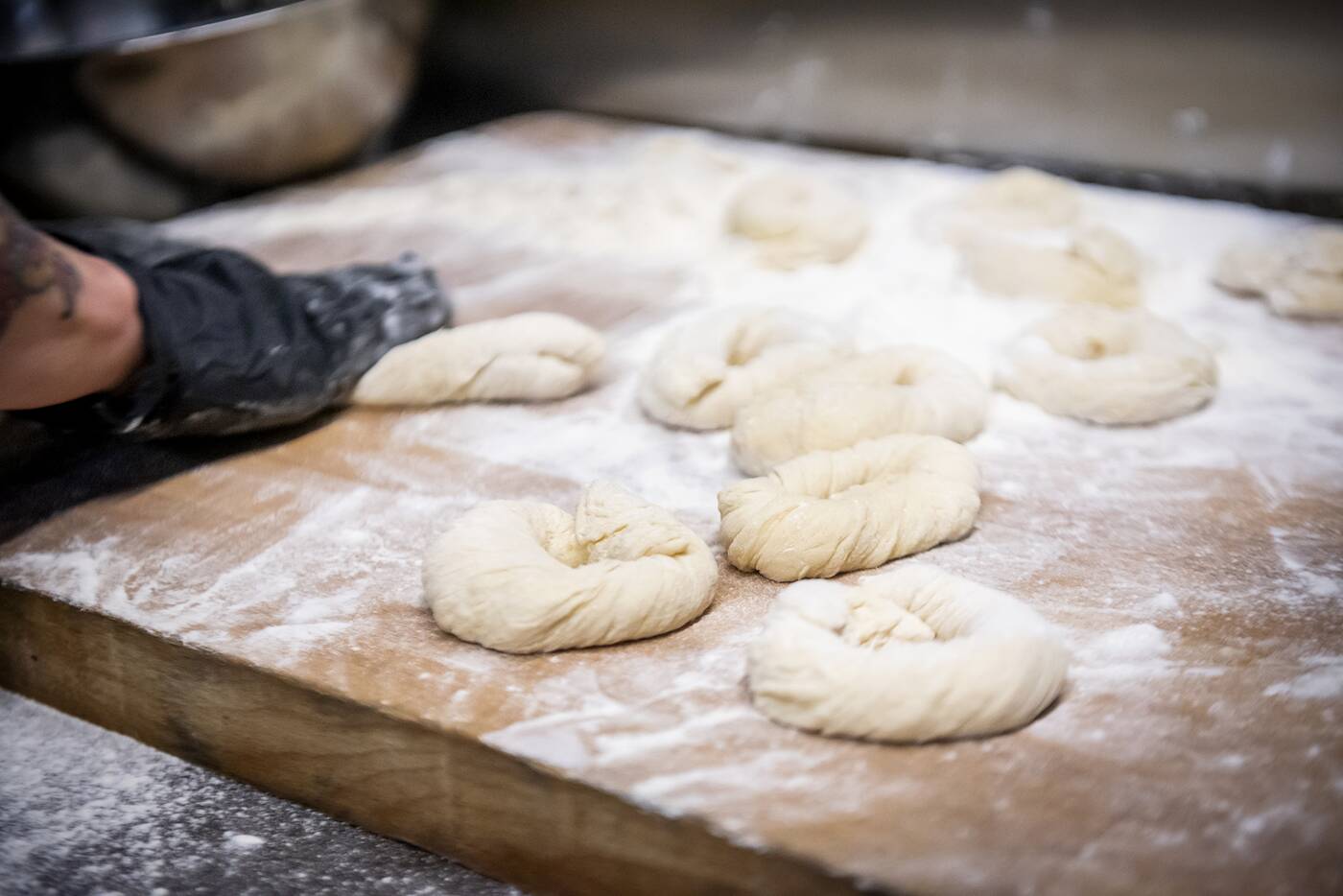 "We're more than happy with the response so far," Fujiki told blogTO. "It's kinda overwhelming, there's a lot of really great support from some people in the industry." 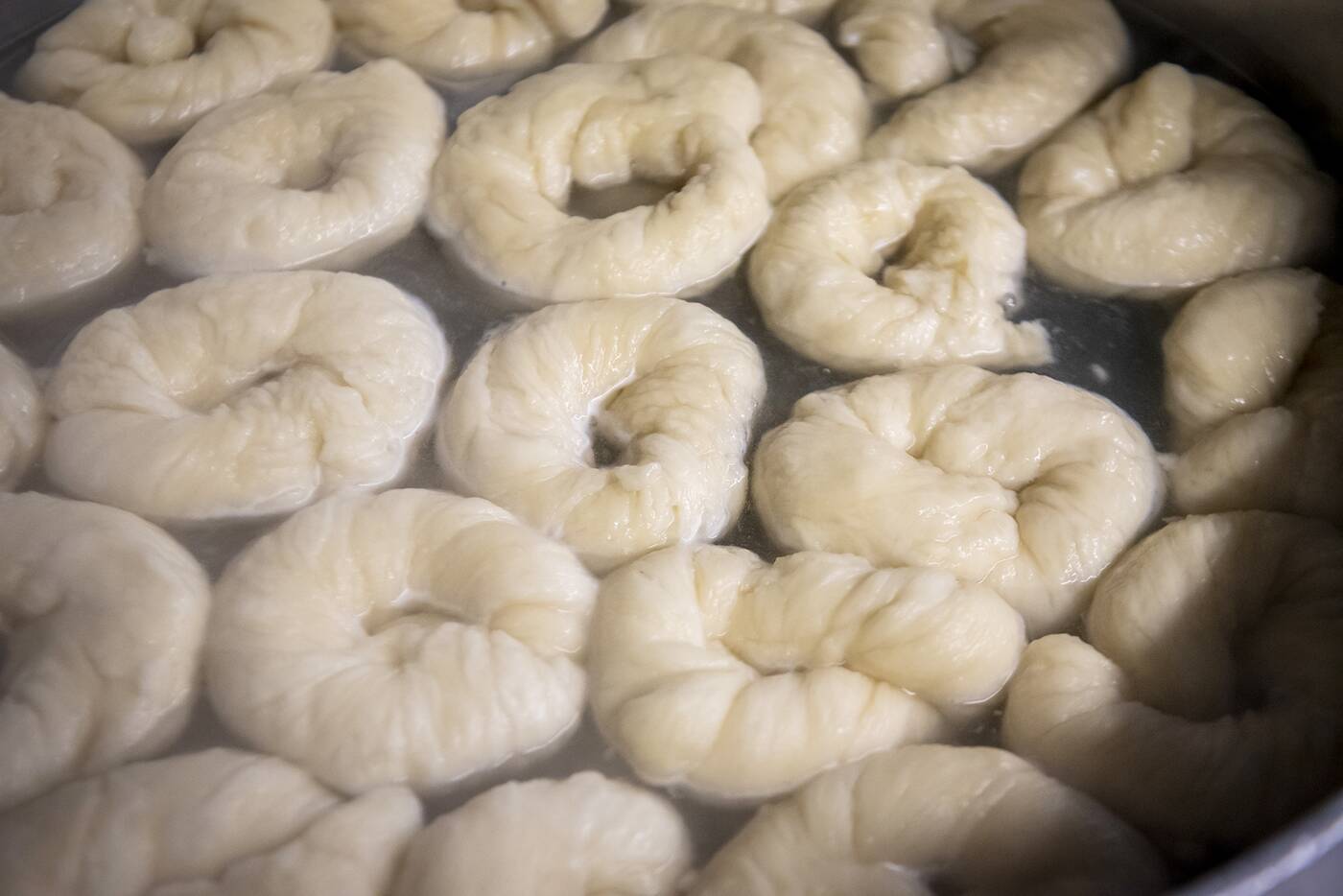 The first time they officially posted offering their initial batch of six dozen bagels, they reached capacity in under half an hour. 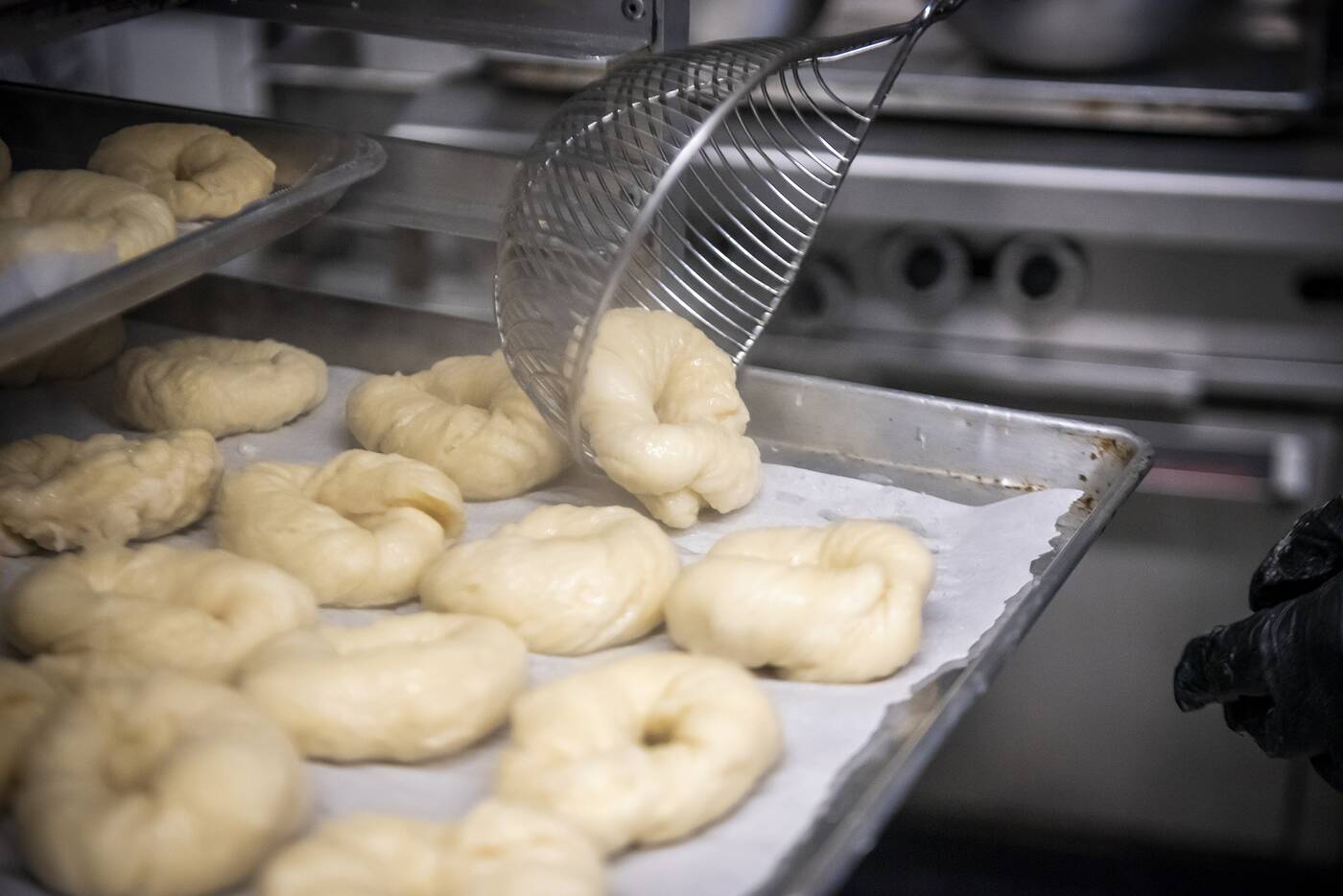 "DM's were overwhelming, I had to tell a lot of people no and sorry," says Labovitz, and even though they're going to keep it a team of two for now they're "looking forward to solving" their issues with demand. 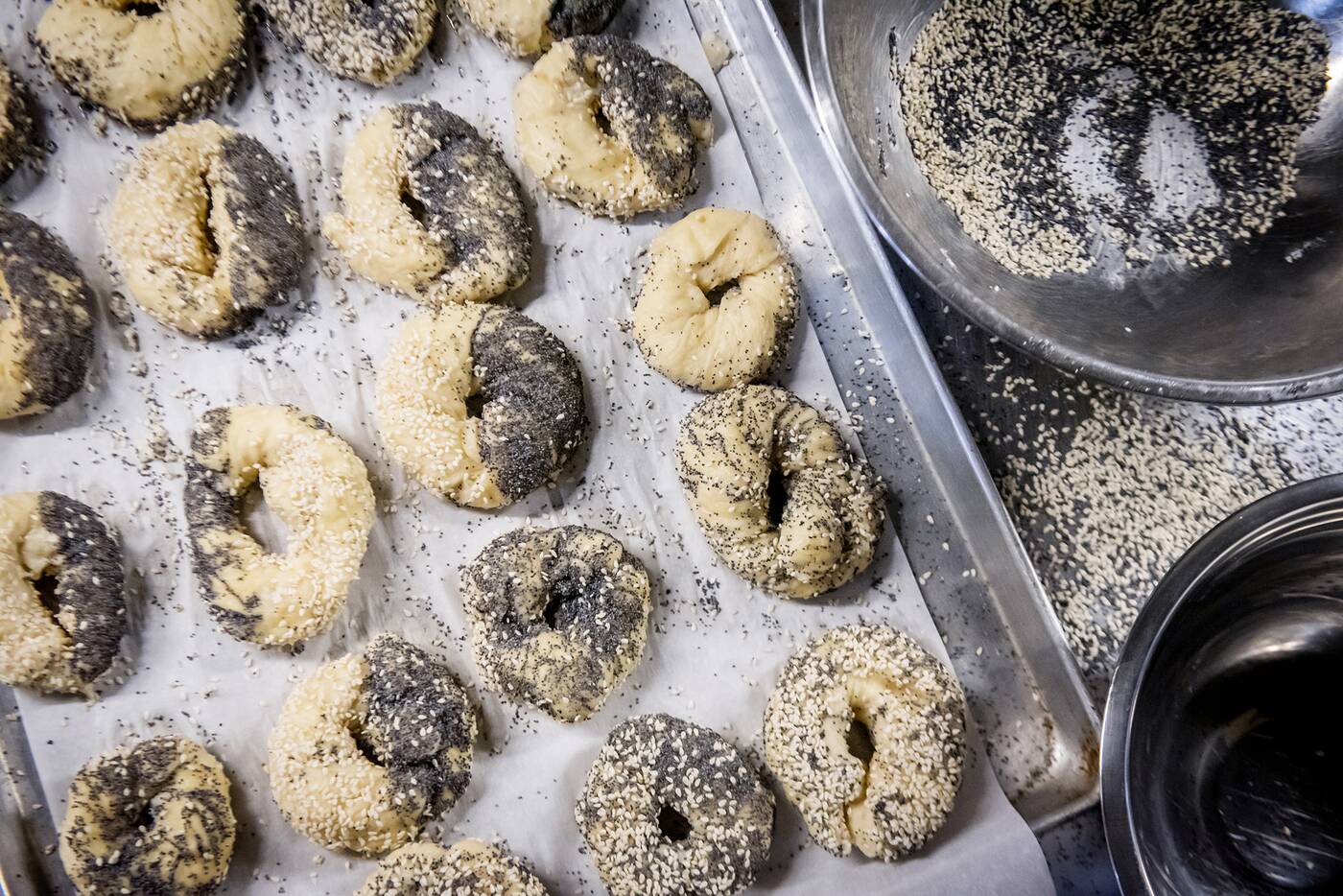 They've done so by moving into a commercial space with bigger ovens and more space on Orfus Road they found through friends at BBQ Gourmet, who they actually met at now-closed Orbit Room. 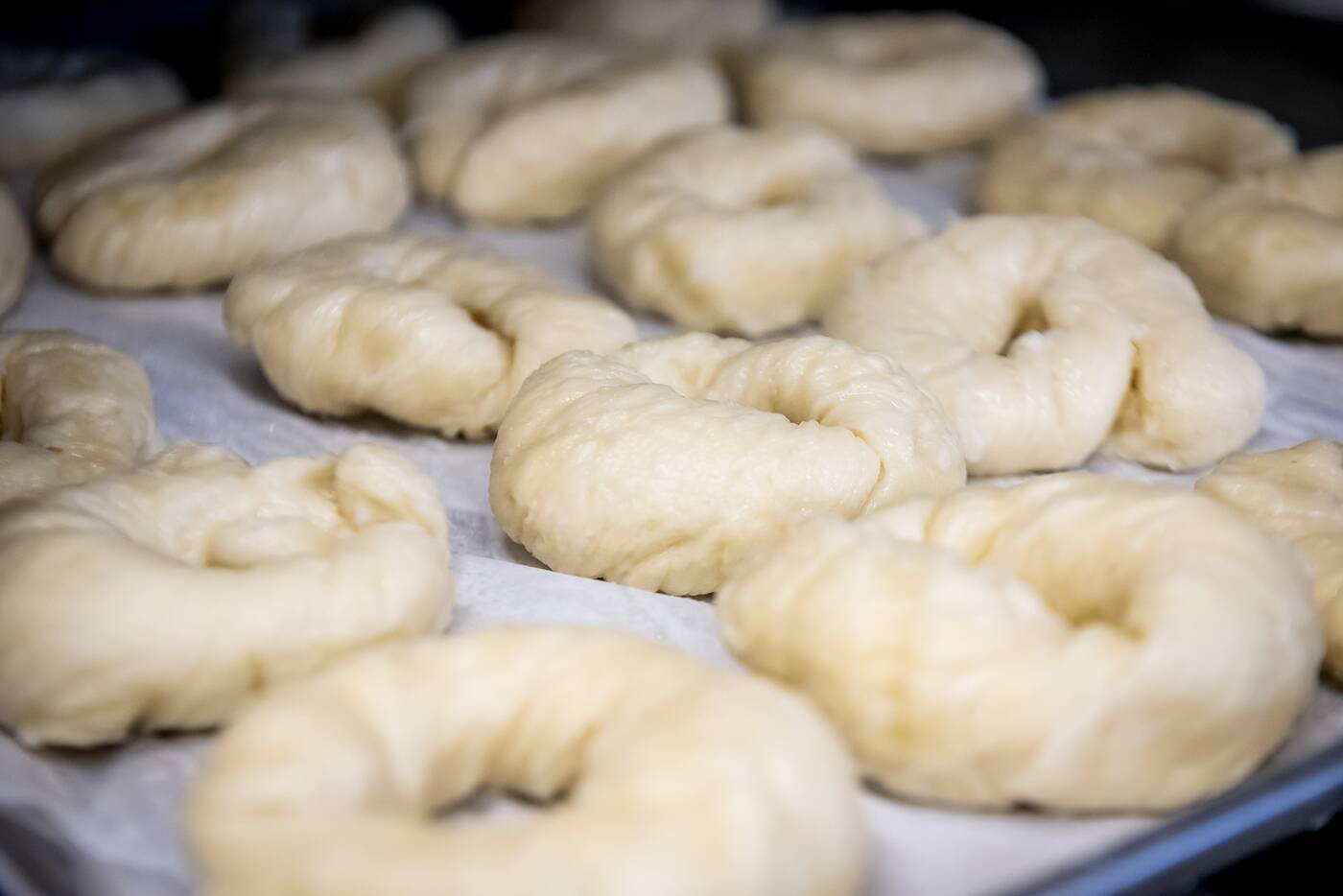 They're now able to pump out around 500 bagels in a day, and will be taking pre-orders through their site from now on, though pickup will still be at College and Lansdowne. 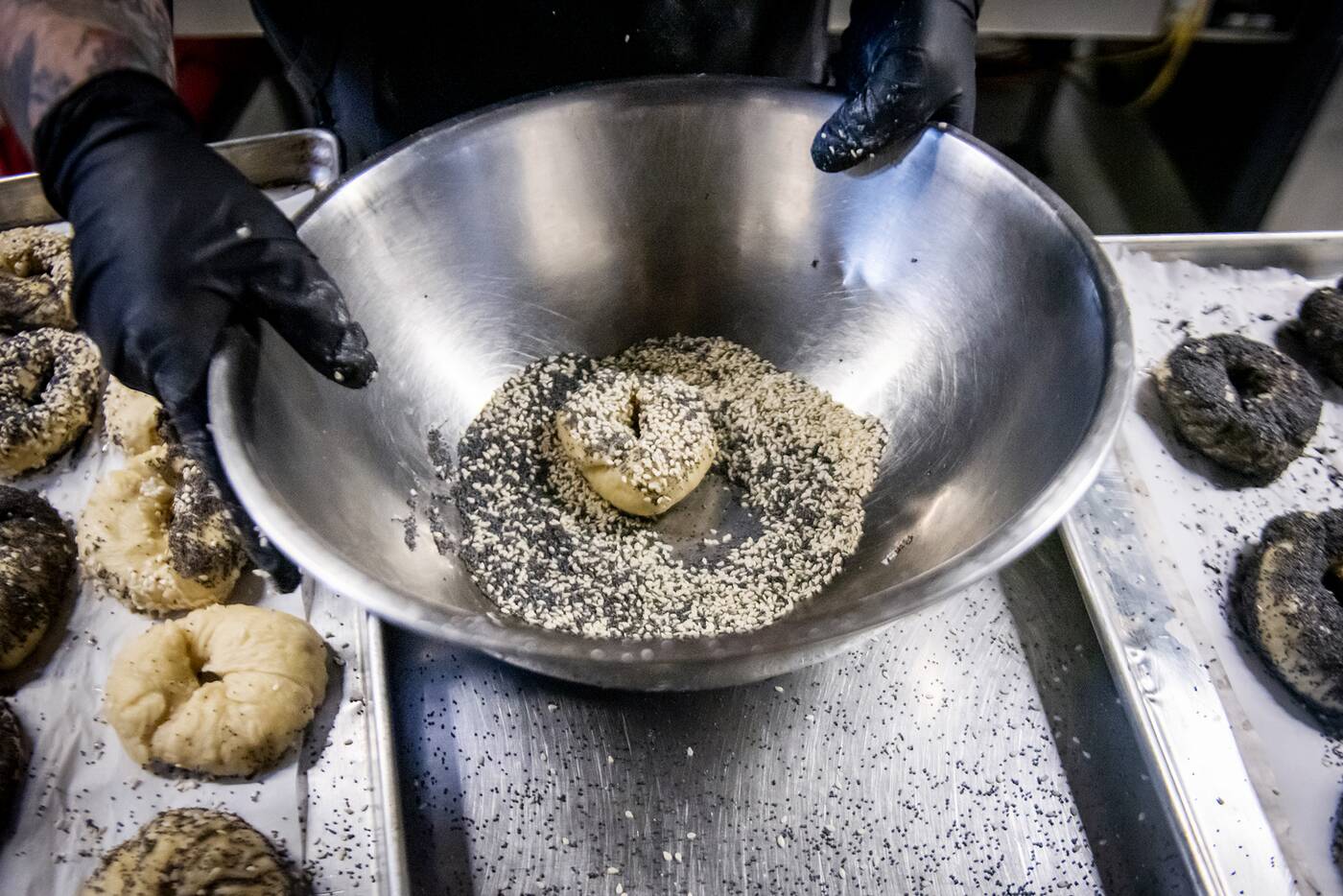 In the future, they might start offering weekly specials like everything, blueberry or cinnamon raisin, and are hoping to possibly get into cafes and shops that are making sandwiches, and one day even do wholesale. With the state of the world right now, though, there can be no concrete plans. 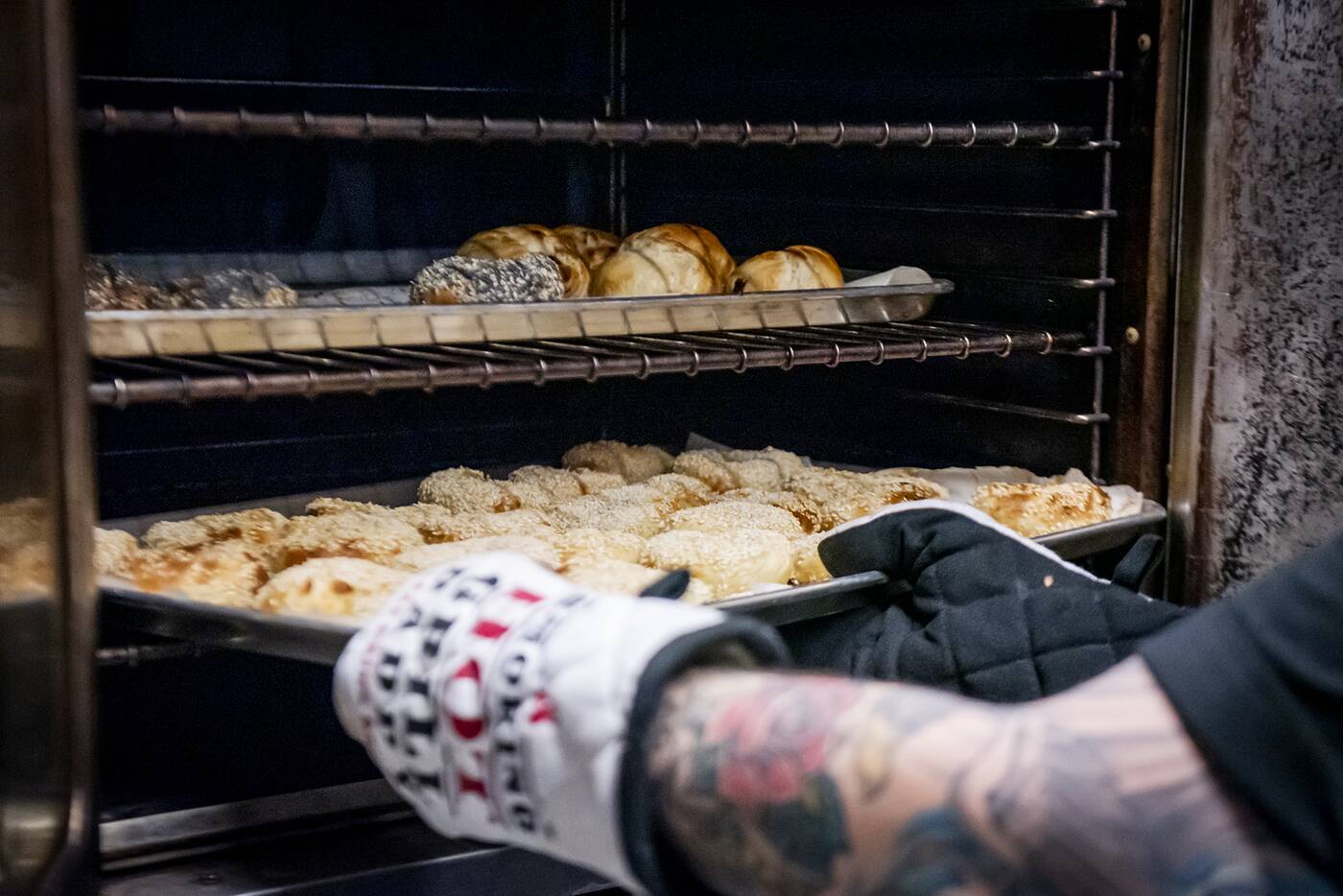 "Because of COVID the way we're approaching things is a little different," says Fujiki. "Everyone's kinda rethinkng how they do business. We're looking to scale but not sure how that actually looks." 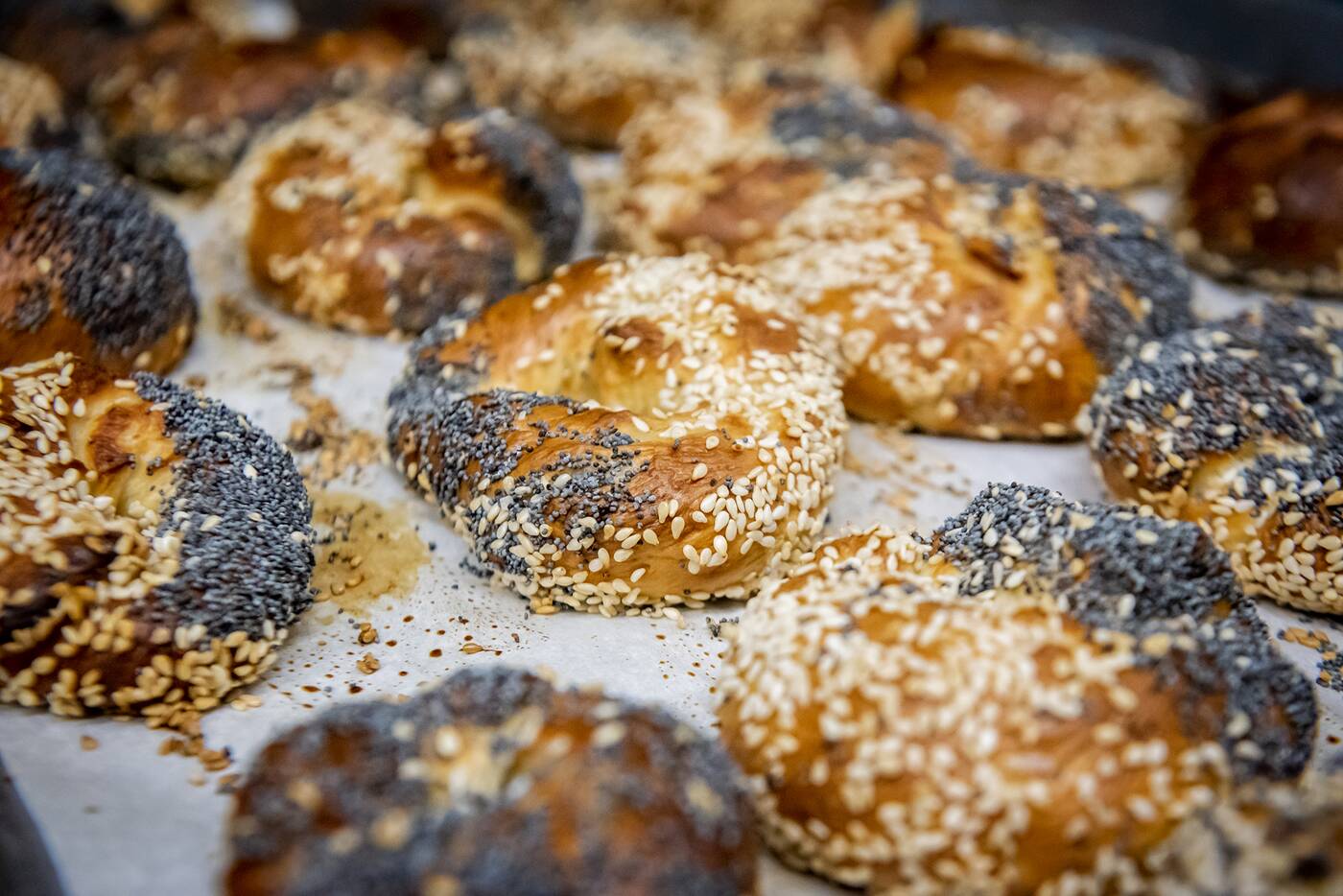