The last Just Desserts restaurant closed more than five years ago, but anyone feeling nostalgic for those pink neon signs with the cursive writing can now buy two of them.

Richard Fernandes, who owned the last Just Desserts at Yonge and Wellesley, is selling the two signs on eBay.

Known as a nightspot where people could grab a slice of cake or  cocktail, Just Desserts had more than 25 locations in the mid-1990s. Fernandes' location closed in July of 2015.

The chain rose to notoriety after a highly publicized 1994 robbery at the Davenport and Bedford Road store left one female patron shot dead. 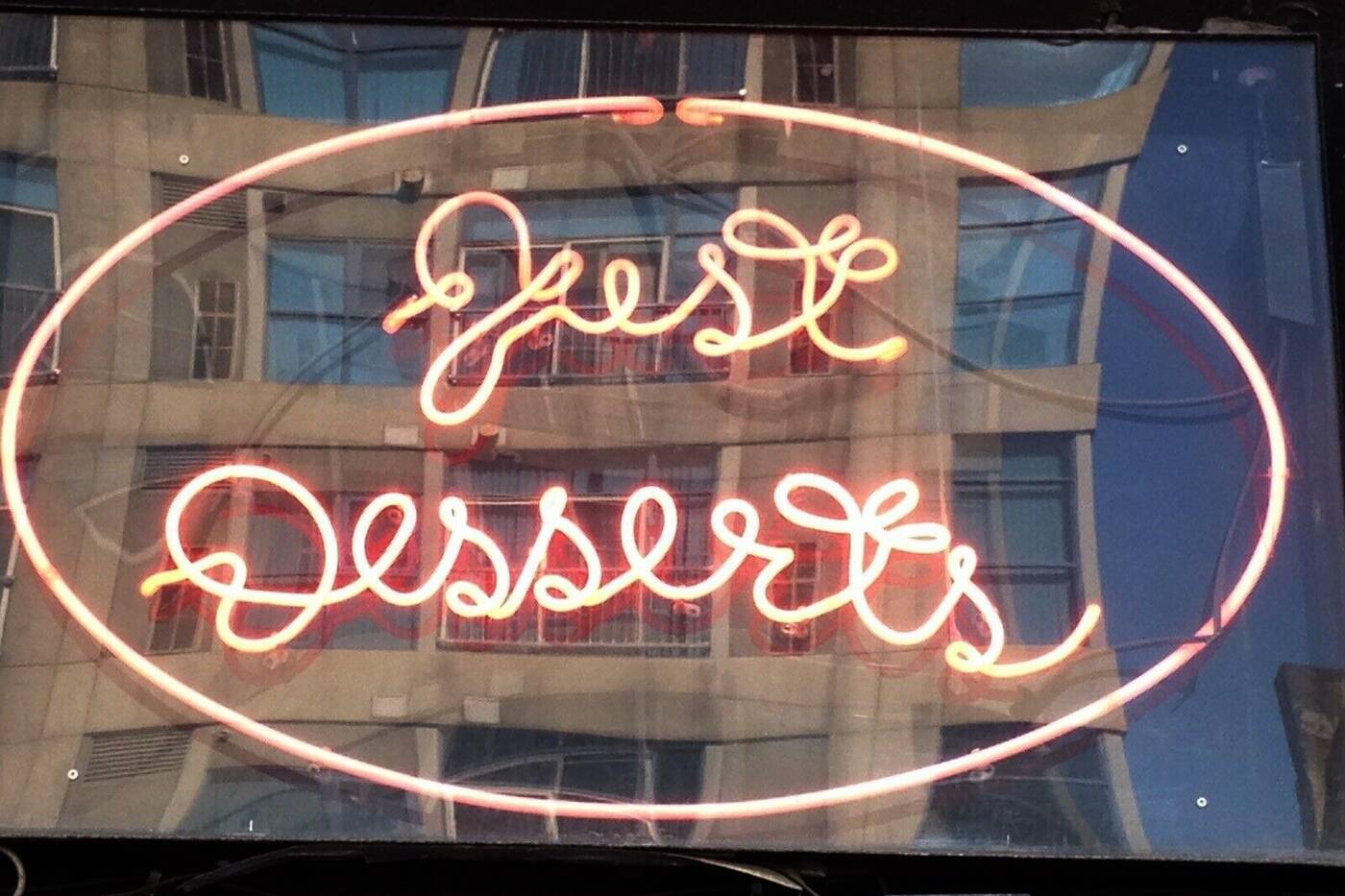 This neon sign from the Just Desserts restaurant on Yonge Street is now for sale on eBay.

Fernandes was not affiliated with that restaurant and opened his Yonge Street location one year later. Fernandes ran the restaurant with his mother Marsha and brother Brian until it closed in 2015.

"I loved that restaurant. It was my home for 20 years. I lived and breathed it," he told blogTO.

His mother was at the restaurant every day and was known for her lasagne and chili. "People called her mom," he said. Unfortunately, she died recently, he told blogTO.

In 2015 Fernandes told the Toronto Star that the dessert market was saturated and the rent was $10,000 a month.

"The only reason I left was because the landlord tripled the rent," he said.

He toyed with the idea of reopening but decided a new venture during the pandemic was not the best idea, and he also didn't want to do it without his mother. 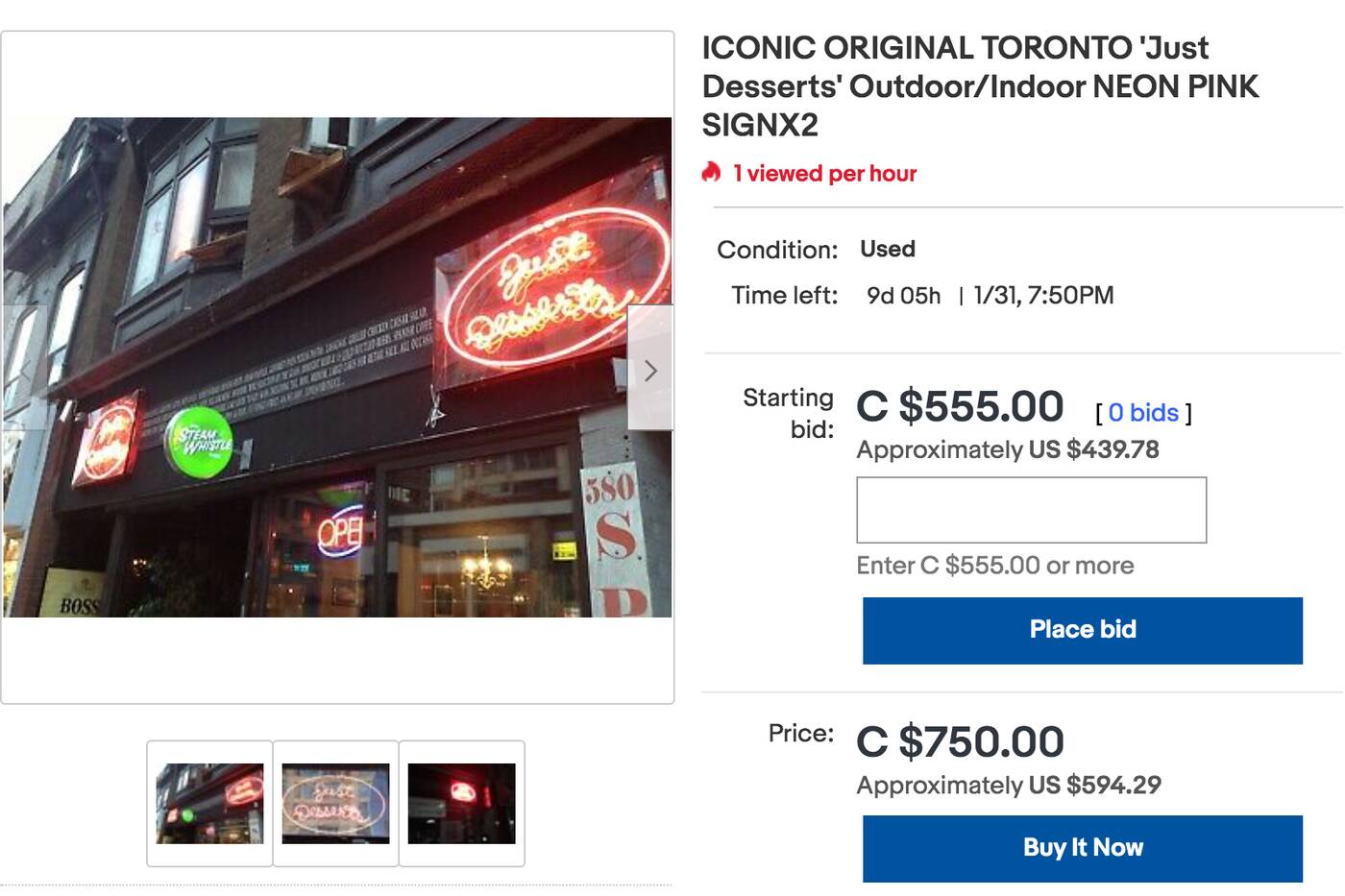 The two Just Desserts signs are now up for auction on eBay.

Fernandes, who now works as a restaurant supervisor at the Sheraton Centre Toronto Hotel, had forgotten about the two signs stored in his condo locker until recently, when he had some extra time to clean.

"Because of COVID, me and the wife decided let's go down and clean out the locker downstairs," he said.

He found the large signs, about four by five feet tall, taking up quite a bit of space and decided to sell them.

The two signs are on auction with a starting bid at $555, because the address of the restaurant was 555 Yonge St.

If you're looking to add a bit of pink neon to your place, don't wait too long — the last day for bids is Jan. 31.