Asian Bowl owner Ky Ha managed to keep his business open for five months of the pandemic until he couldn't anymore.

After 11 years of business, the restaurant located just steps from Yonge-Dundas Square was forced to close after the city's once-bustling hub became a ghost town.

A decline in tourism, student foot traffic, and shoppers at the Eaton Centre, plus an astronomical monthly rent upward of $40,000 — yes, you read that correctly — led Ha to close Asian Bowl for good and file for bankruptcy in July.

"We had foot traffic, and mostly from spring to fall, we had all the events in downtown Toronto," said Ha. "This year, we don't have anything."

It's hard to imagine any business in Toronto being able to pay off more than $40K per month, let alone an independent location with no franchises, and during a pandemic, no less.

But Ha says that, pre-pandemic, even slow days allowed Asian Bowl to meet their exorbitant monthly expenses, which included an extra $10K in insurance. 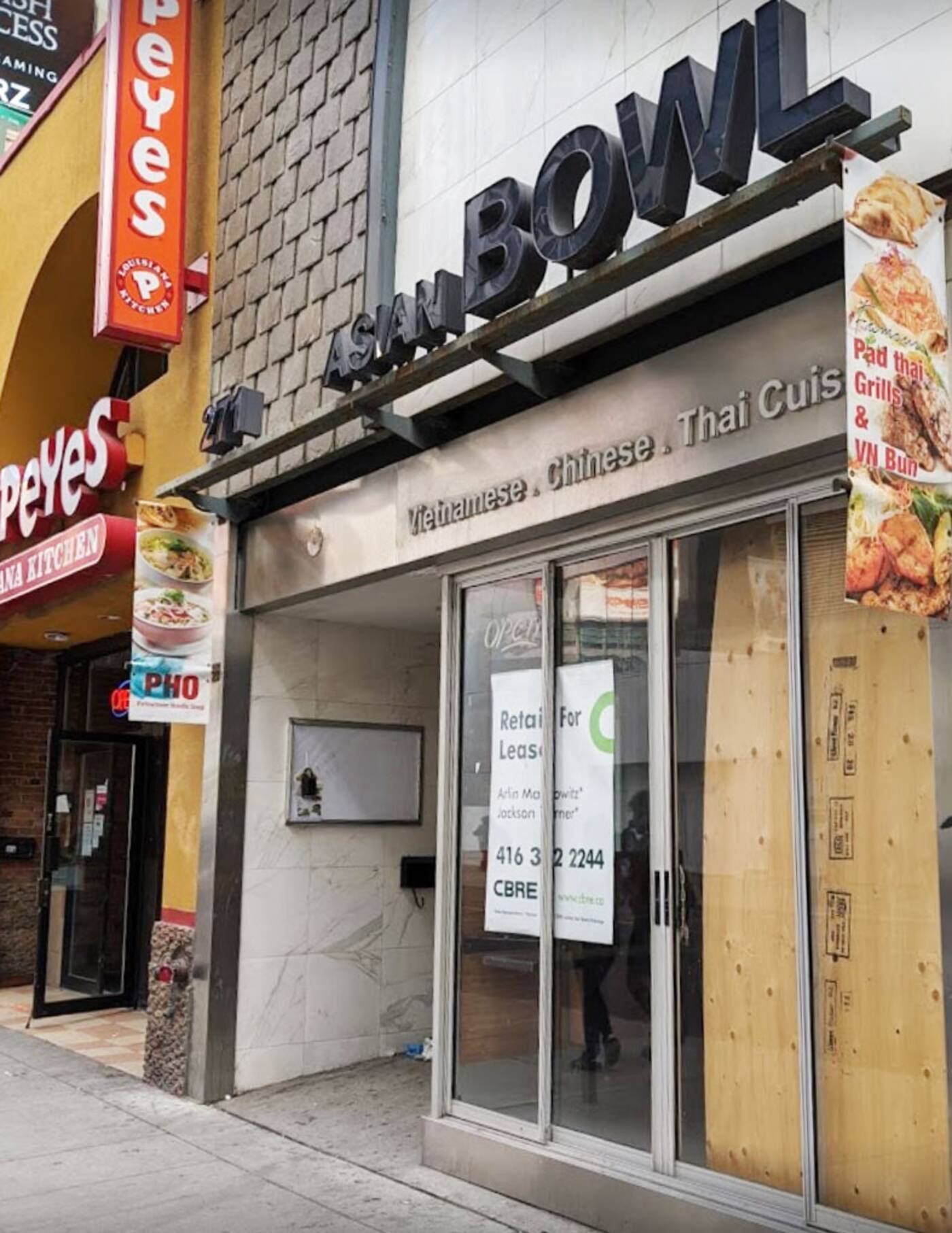 Throughout the year, show-goers at next-door Ed Mirvish Theatre hankerings for pan-Asian eats made up about 20 per cent of daily business.

Then there were the crowds from Pride Parade, Canada Day, and other events at YDS in the summer. In the fall and winter, there was the traffic from Nuit Blanche, the Santa Parade, and all the shoppers that Christmas and Boxing Day would bring.

"If you look at my business, we [had] all different types of customers and events," says Ha. "Now, we have nothing."

Ha lists an eclectic customer base that ran the full gamut, from just-landed pilots to packs of international seniors on group tours.

But under lockdown, offices have shuttered, travel has been banned, students are taking online courses, and all forms of entertainment, like shows at Mirvish, have been discontinued until further notice.

Ha says he tried everything to make up for the losses. He ran BOGO deals on Uber and reduced hours for staff. But the area saw a huge decrease in takeout and delivery orders, he says, and Asian Bowl's sales plummeted down to just a couple hundred dollars in sales a day.

On top of that, Asian Bowl's rent was substantially higher than those in other areas, presumably thanks to its location in one of the city's most profitable intersections.

What started off in the $20K range when Ha first opened in July 2009 has increased yearly to over $40K one decade later. Other businesses have buckled under rents less than a quarter of that amount.

"The expense is huge, " says Ha. "At the beginning, I tried to talk to the landlord. The government came out with $40K for small business. That’s great for any business [paying] under $5K a month... We can't even cover one month."

"Labour costs, food costs. We cannot continue like this. After the business recovers we’re going to owe a million dollars."

Ha was unable to make rent for four months, and finally decided to close up Asian Bowl rather than paying 5 per cent interest on his debt as suggested by his landlord. He let go of 16 part-time and full-time staff in the process.

"For the moment, I don't see any recovery for the next year or two years," says Ha. The Federal government's potential CERS program, which may offer up to $75K in aid, could have helped, had it have come earlier for his business.

"Now we don't have anything, so how can I survive with this rent?"