A Toronto bar is transforming into a video rental store

A Toronto bar is transforming into a video rental store during a time when people are turning to nostalgia for comfort. If the thought of browsing the Blockbuster aisles on a Saturday night makes you feel more relaxed, you're going to want to check this out.

Farside in East Chinatown has always been known for their love of VHS and all things analog, regularly hosting artsy video nights and dance parties, something obscure usually always being projected on a wall. "We've managed to accrue 5,000-plus tapes from donations and thrifting. We're always playing something on the bar's projector, and used to have movie screenings on Monday nights. Essentially, we had more than enough stock to start renting tapes, so it felt natural," says co-owner Mike Reynolds. 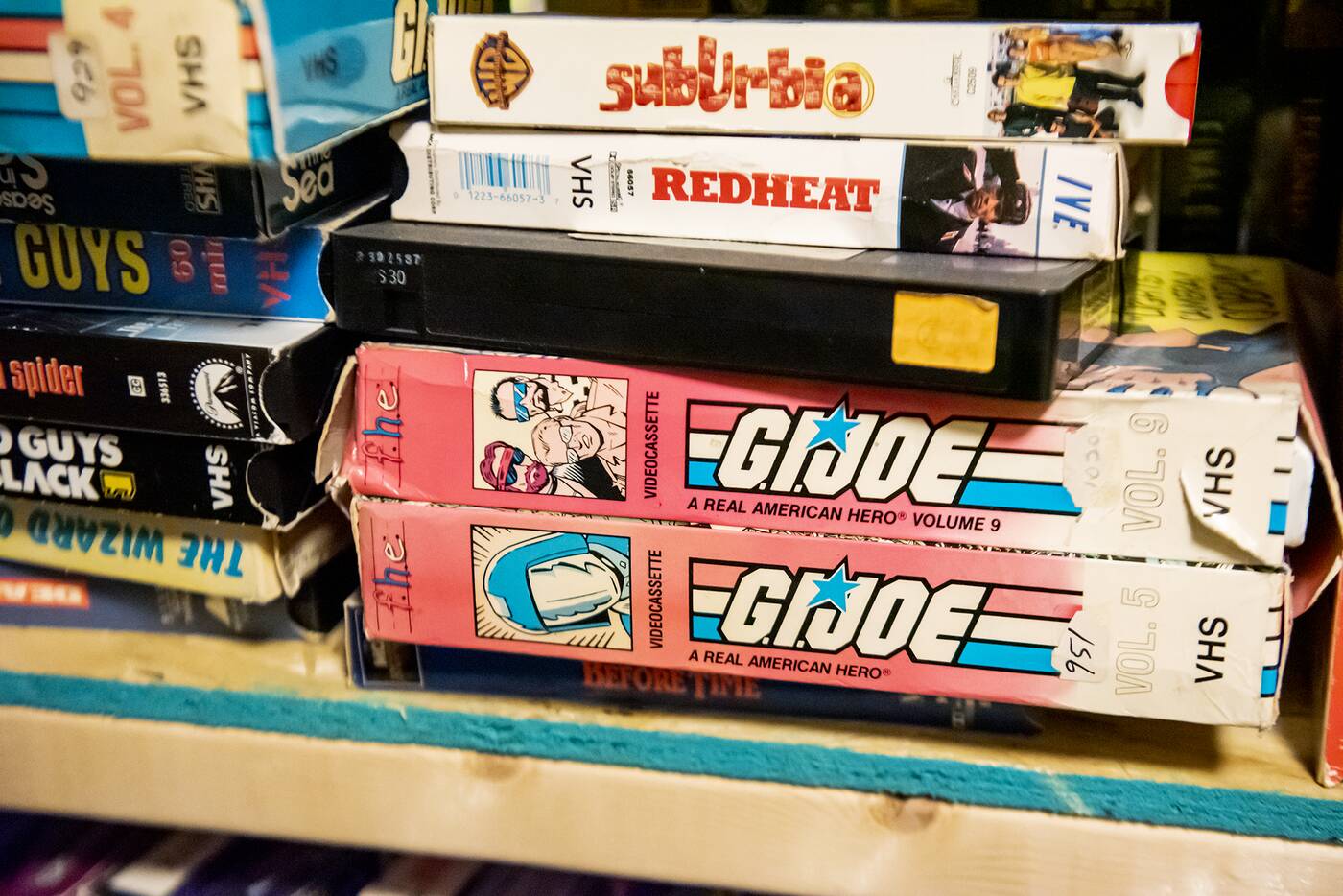 "It's funny because when we opened in 2016 VHS tapes were a bit of a joke. Over the last few years people seem to have gravitated toward physical media. Personally I think it's because streaming services' selection of classics has waned and their sorting systems and menus are hideous and annoying. I still think it's creepy that Netflix has to ask if you're still watching." 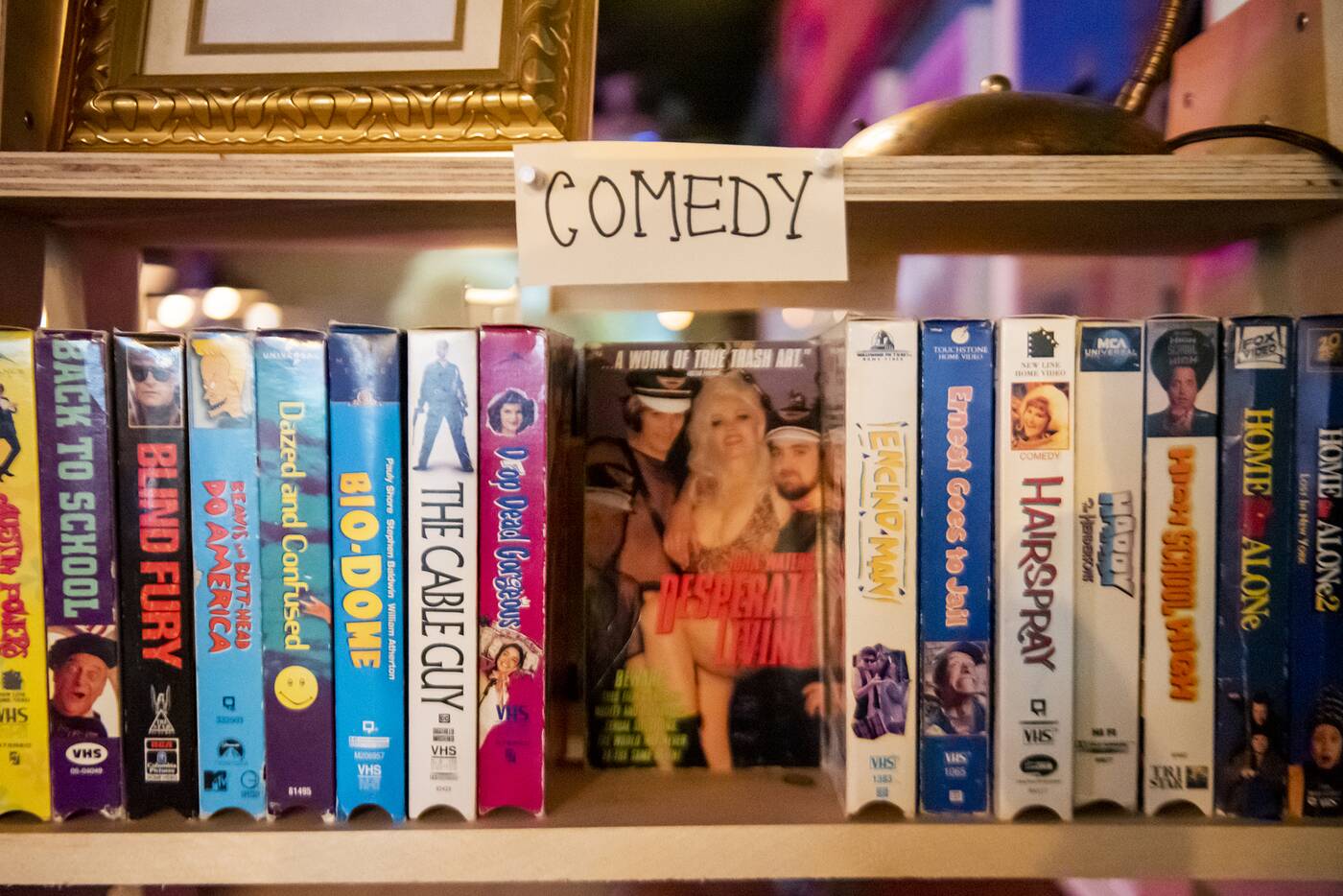 Peruse the selection at Farside and you'll find titles identical to Netflix if that's what you're looking for, but with some authentic grit, like Dirty Dancing, Point Break and Robocop. 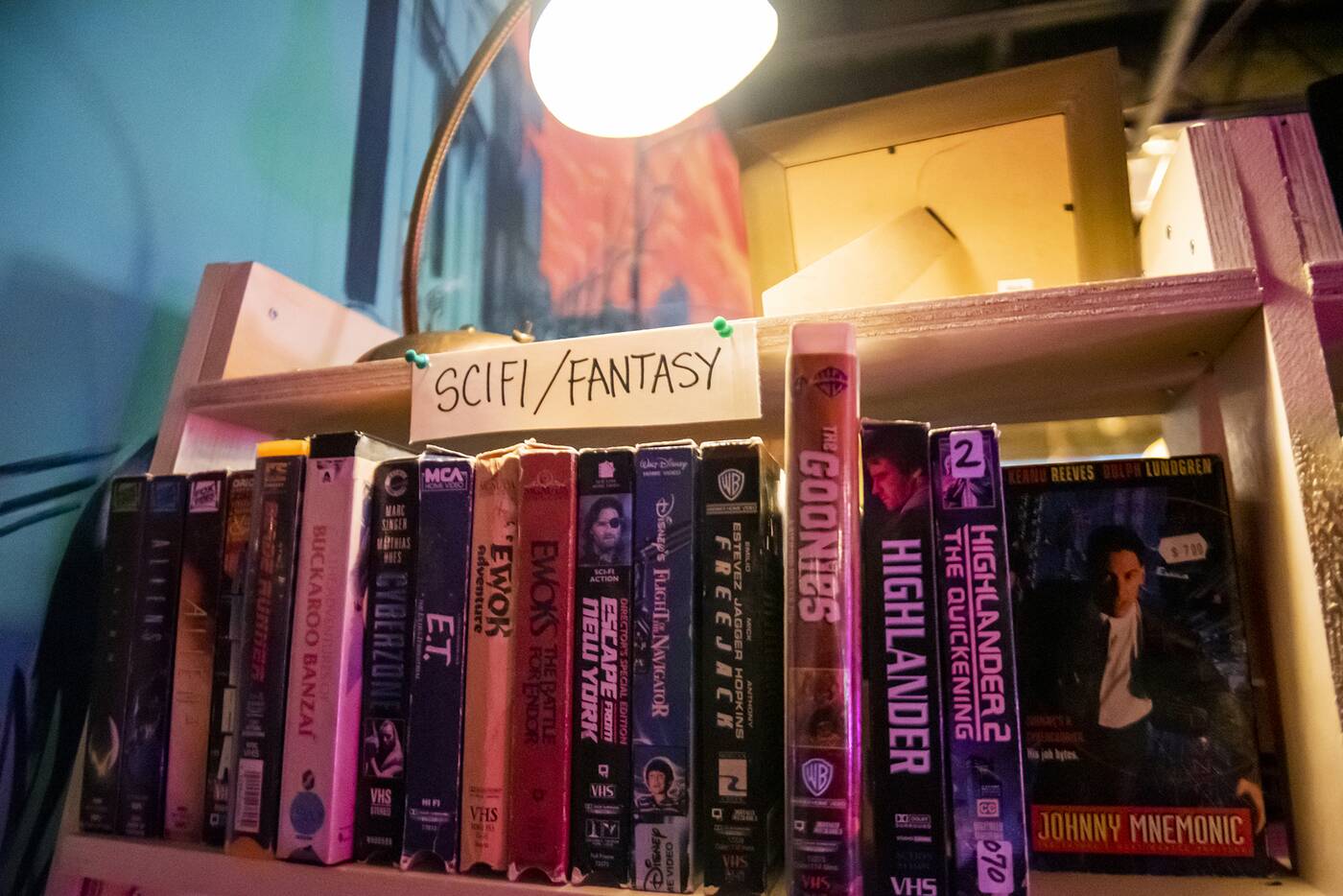 Do some digging and you might just be able to get your hands on some rarer items like vintage Star Wars or Wrestlemania box sets, Steele Justice, Troll II, or Hard Ticket to Hawaii. 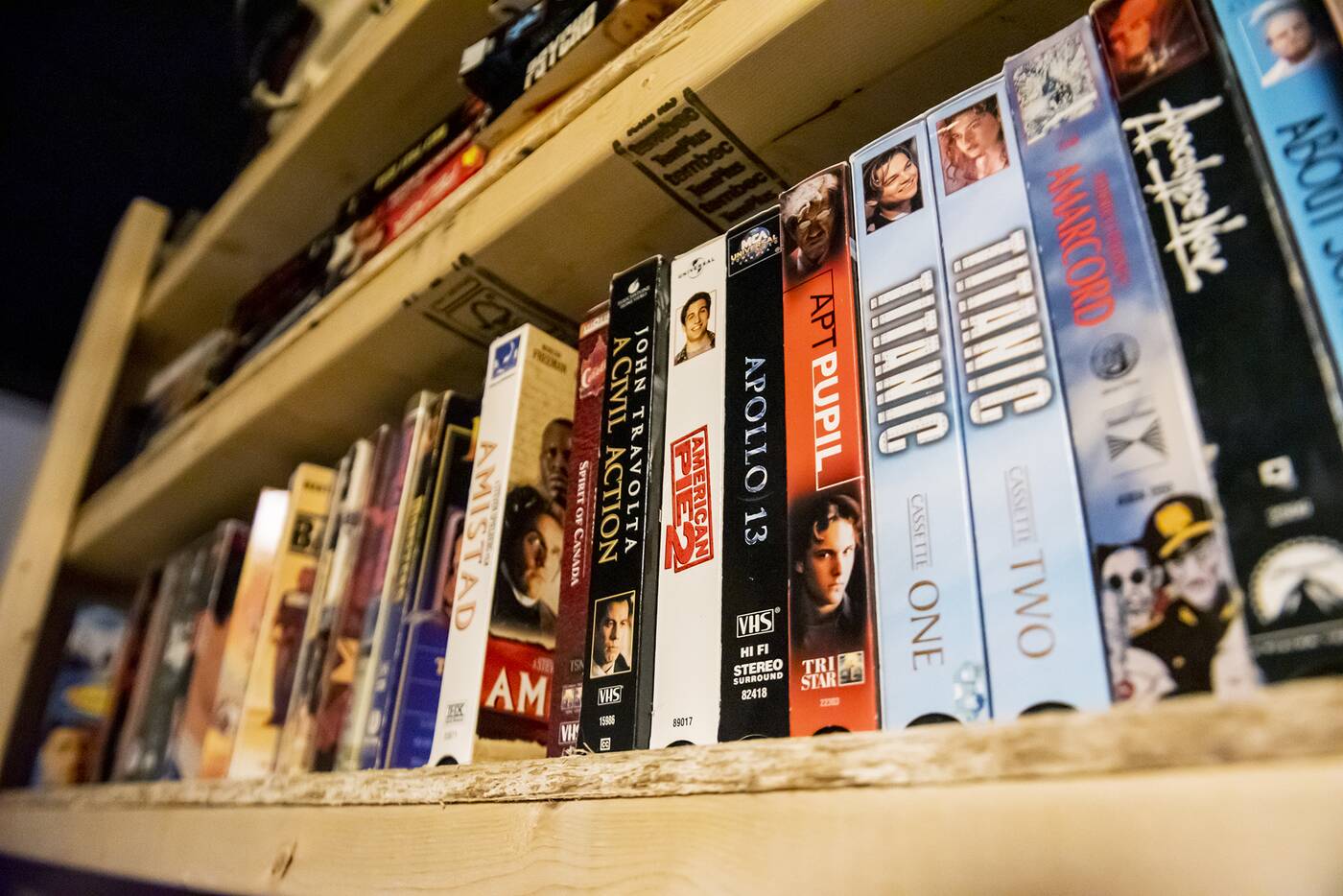 "Then there's one where dogs teach you the alphabet. The Human Aquarium is just a bunch of naked people swimming around in a submerged pantheon for an hour. That's the other dimension to VHS video, and I imagine we'll start adding those to the rental shelf as we figure out what our audience wants to watch." 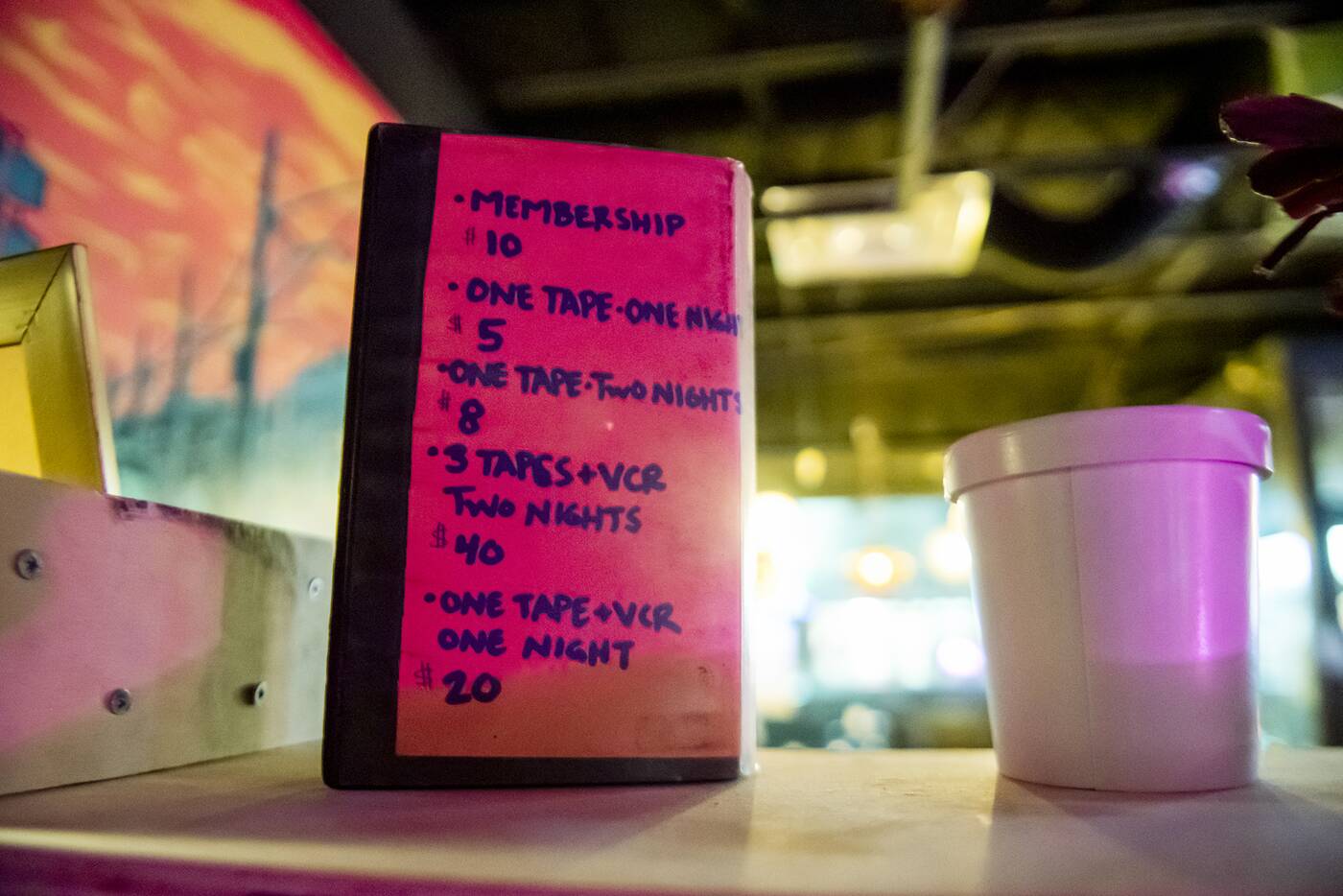 The best part is, you don't even need your own VCR. $40 gets you three tapes, an HDMI-compatible VCR for two nights and free popcorn. 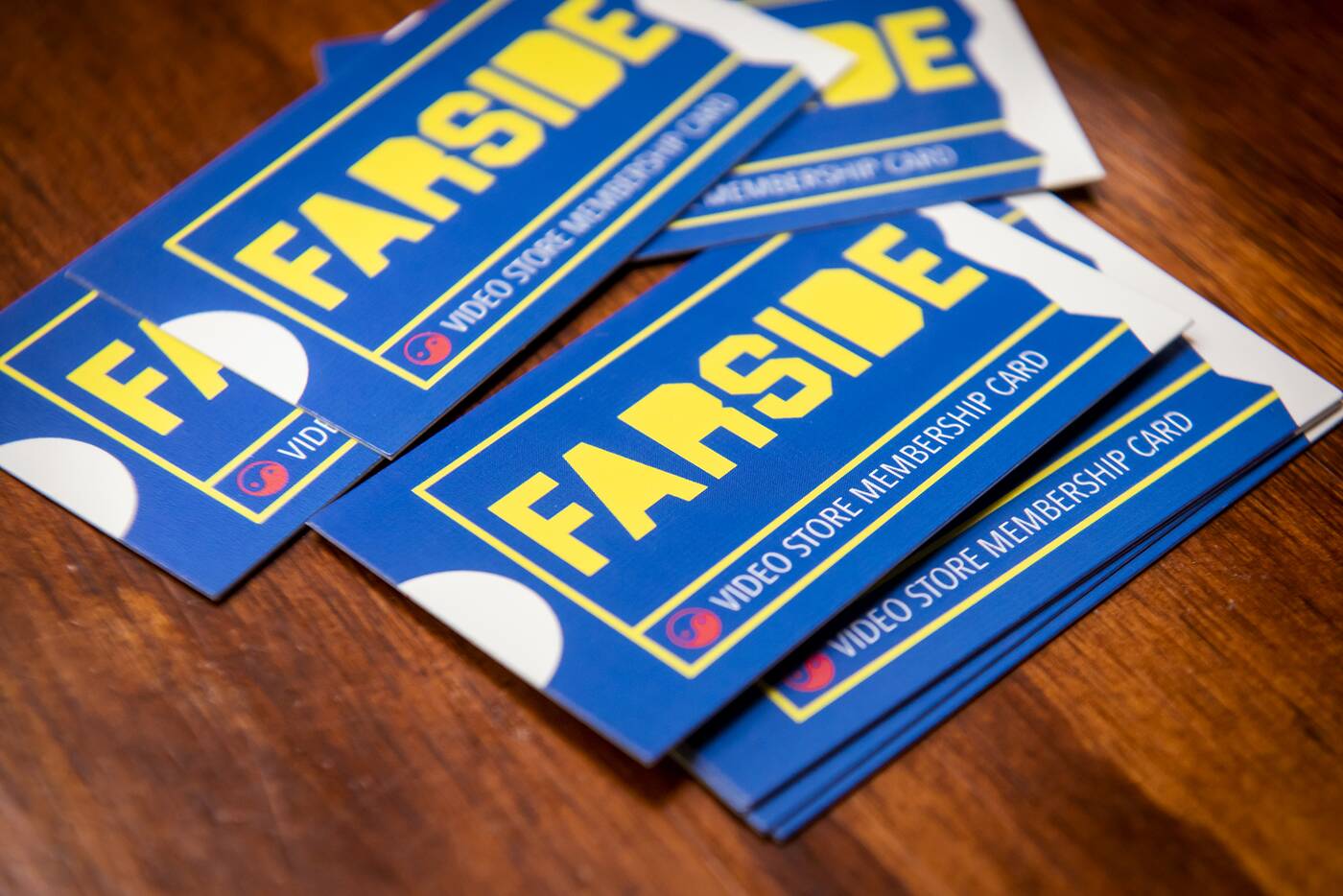 Blockbuster-esque memberships are $10, and there are other rates like one tape and a VCR for one night for $20. 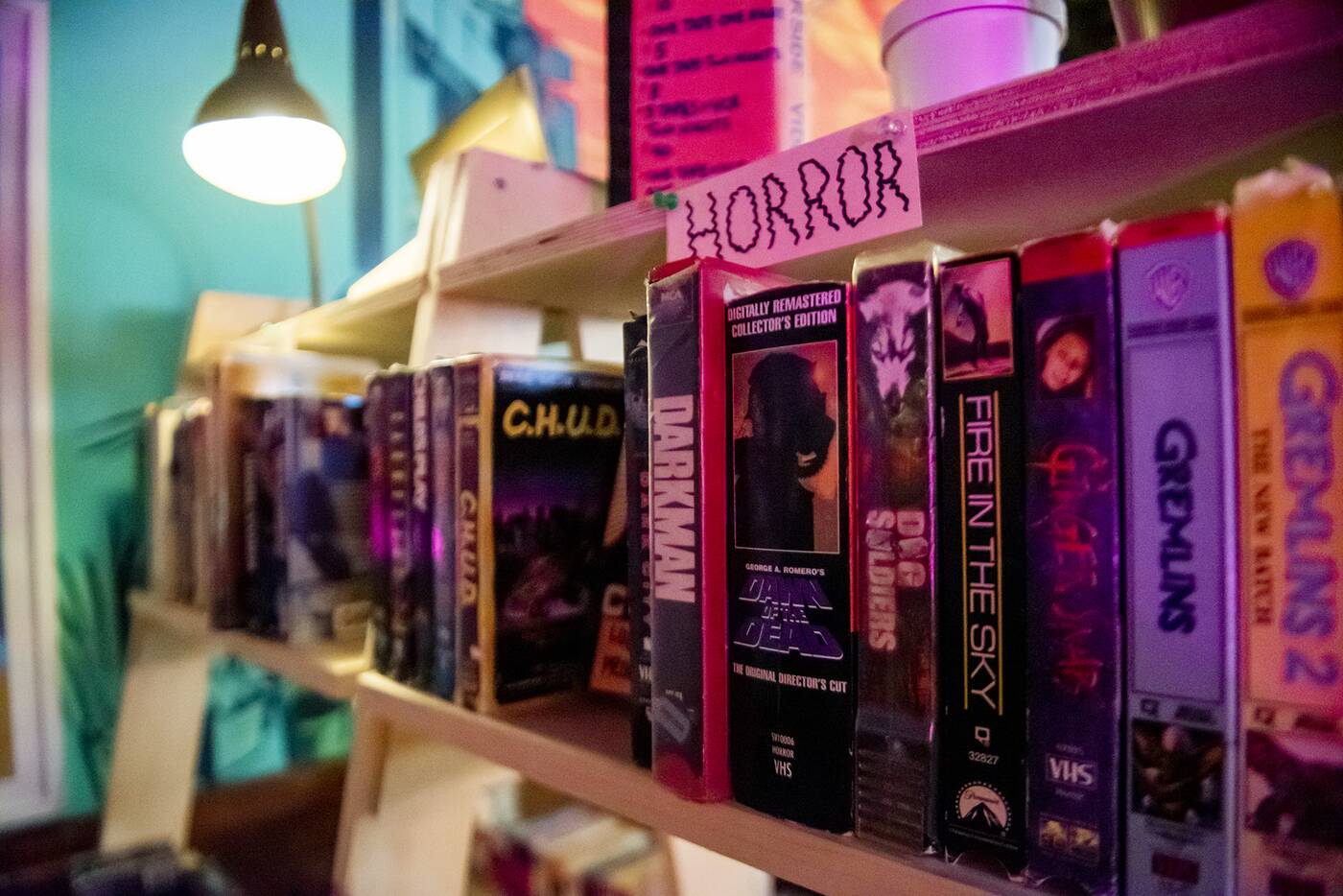 "With this renewed interest and nostalgia we thought we'd make Farside's collection available to our customers. Sure it's a bit clunky and kitschy but that's the charm. We all miss it. Grab some beers while you're at it. We need to give people a reason to come by," says Reynolds.

He says so far it's been "pretty slow" and that there are "lots of window shoppers." With bars having to close earlier than ever right now Farside could definitely use your support, and it's never been a better time to cozy up with some old movies at home.