Kensington Market's most popular dive bar has announced that they're shutting down for the season.

The owners of Ronnie's Local 069 posted a sign on the door last week letting patrons know that the bar is closing temporarily until indoor dining returns.

The 15-year-old bar has been operating its patio during Stage 2 of Ontario's lockdown.

"Well, this is what it has come to," wrote owners Vicki Henton and Tye Thomas. "It no longer makes sense for us to be open."

"As much as we would love to stand around barely selling drinks, we also don't want to see patrons, friends, and family huddled together, sitting in 5 degree weather under a useless propane heater while it's mostly likely going to rain or snow." 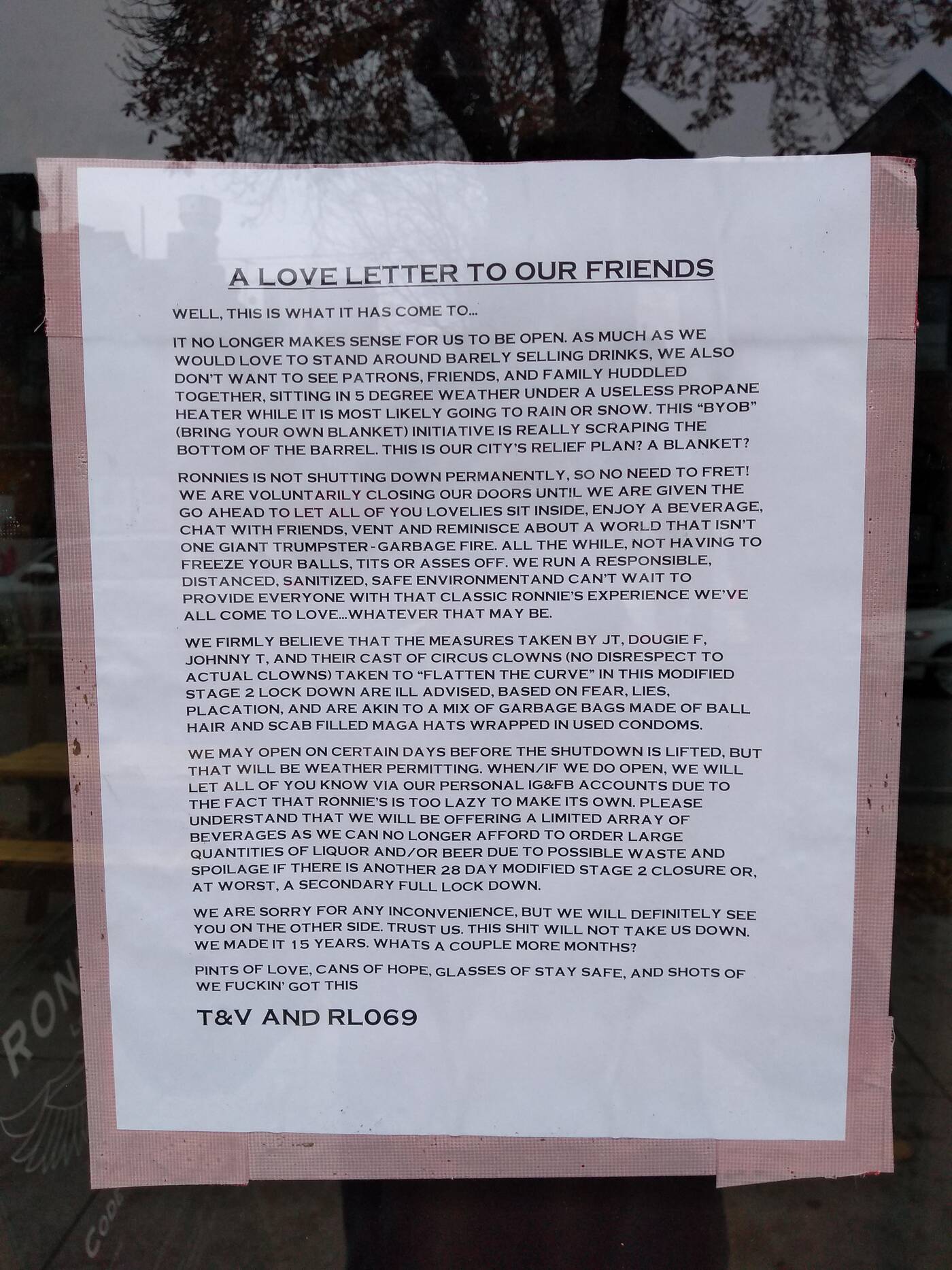 Toronto bar Ronnie's has posted up a letter explaining why they've temporarily closed. Photo by r/robswizzle via Reddit.

The bar refers to the BYOB (Bring Your Own Blanket) initiative, which has become a fallback for patio diners and businesses struggling amidst dropping temps in Toronto, as "the bottom of the barrel."

"This is our city's relief plan? A blanket?"

In a scathing critique of government officials, the bar refers to Stage 2 as "ill-advised, based on fear, lies, placation" and "akin to a mix of garbage bags made of ball hair and scab filled MAGA hats wrapped in used condoms."

Ronnie's says it may reopen on certain days, with limited beverages available and depending on the weather, but will mostly remain shuttered for the next few months.

"We are sorry for an inconvenience, but we will definitely see you on the other side. Trust us. This shit will not take us down. We made it 15 years. What's a couple more months?"