Toronto restaurant lets you eat inside a private yurt

Toronto restaurants are having to get creative when it comes to thinking of outdoor dining options fit for a pandemic amid a Canadian winter, which is precisely why one local business decided to invest $11,000 in a private dining yurt.

Matt Peacock, the general manager of Amsterdam Barrel House in Leaside, told blogTO he decided to purchase the structure in hopes that it would be a lifeline for the struggling business while indoor dining remains prohibited throughout Toronto as a result of modified Stage 2 restrictions.

But when a health inspector from the city came to see the yurt earlier this week and told him it wasn't allowed because it wasn't 75 per cent open — a rule Peacock said isn't listed anywhere in the guidelines — he was left unsure of how to proceed.

Fortunately, Peacock said, Premier Doug Ford announced yesterday during his press briefing that private dining bubbles were acceptable and could get approval.

Between Ford's statement Thursday and Mayor John Tory's repeated encouragement of restaurants to try out private dining structures like those being used in other cities over the past few days, Peacock said he's taking it as a green light and is opening the yurt to the public starting this Saturday. 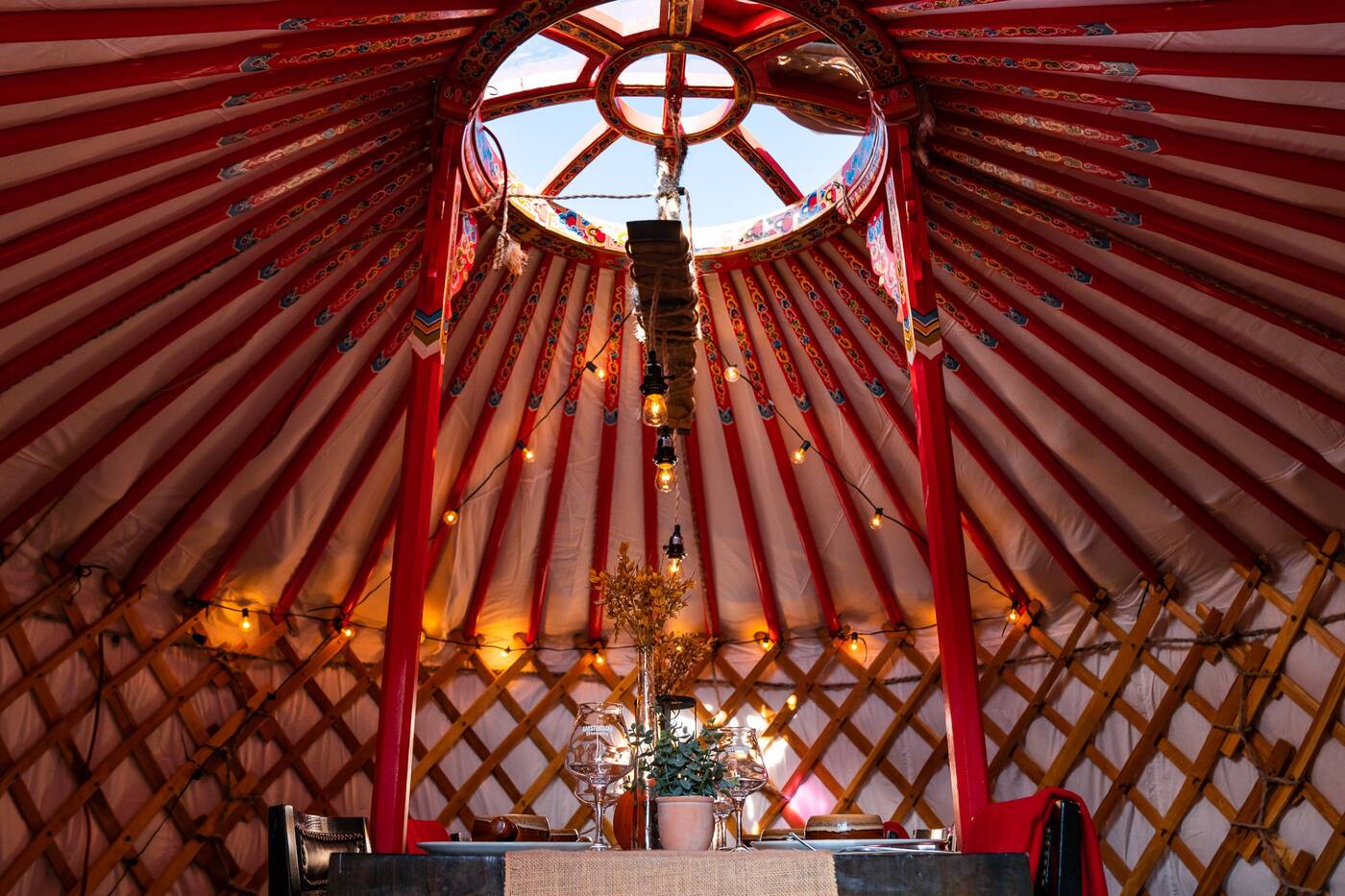 "Municipal is just doing their job and we needed provincial to be present and say what they said yesterday," he said.

Starting this weekend, the yurt will be available for bookings every Friday, Saturday and Sunday evening for groups of up to six people.

The dining experience comes with a private server and a five-course meal, and there's a minimum spend of $400.

The restaurant has been advertising the new service on their social media feeds over the past few days, and Peacock said they've already received hundreds of emails from interested customers.

"People are trying to book for family dinners, family birthdays, family anniversaries," he said, adding that the private outdoor dining experience should only be used by members of the same household. 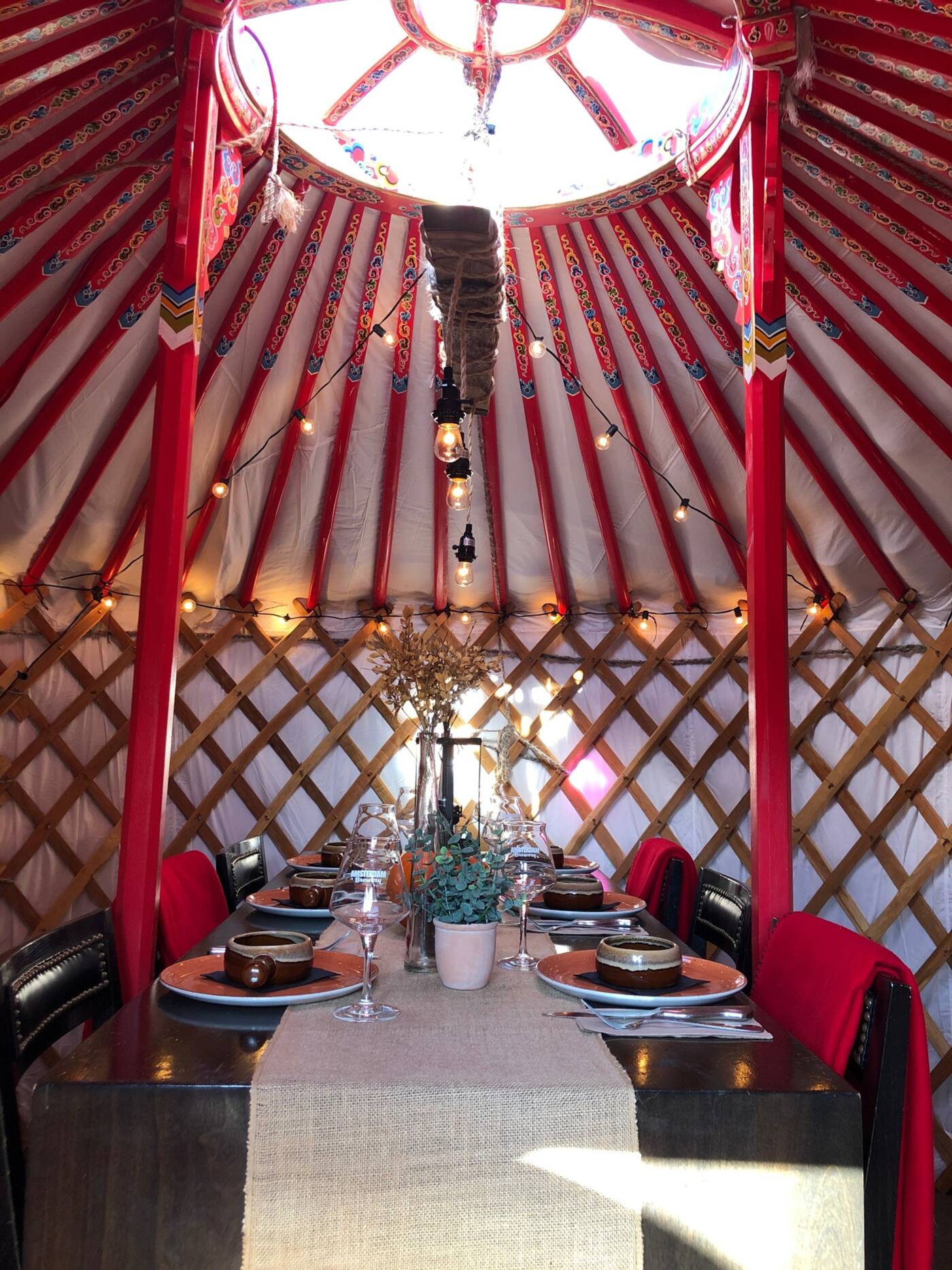 The yurt is equipped with two separate panels that can be opened to provide proper air circulation, including a front door covered in sheep's wool and a vented removable roof cap, which was done purposely in order to ensure compliance with the health and safety rules listed in the City of Toronto's guidelines.

"With the airflow in there… we can get that thing up to about 21, 22 C with no heater, just with humans in there," he said.

Peacock added that on the coldest winter days, they'll put a small ceramic heater inside and the structure will warm up instantly.

"It is a lifeline for us because… takeout and delivery only does so much," he said. "If you don't have seating options, you have to get crafty and what we tried to do is to give the community an experience with health and safety first and foremost, and then we try to get back to the hospitality."