Restaurant reservations in Toronto are hurting, says a new report from the online reservation platform OpenTable.

According to the California-based company, which tracks over 16,000 member restaurants' activity year over year, reservations in Toronto are definitely up from June but still significantly lower than this time last year.

The global pandemic brought reservations to a screeching halt between March 16 (when Ontario's state of emergency locked down the province) to around early July (when Stage 3 reopened indoor dining in Toronto).

According to OpenTable's data set, which shows the number of seated diners from online, phone, and walk-in reservations, the numbers have been all over the place since the start of September. 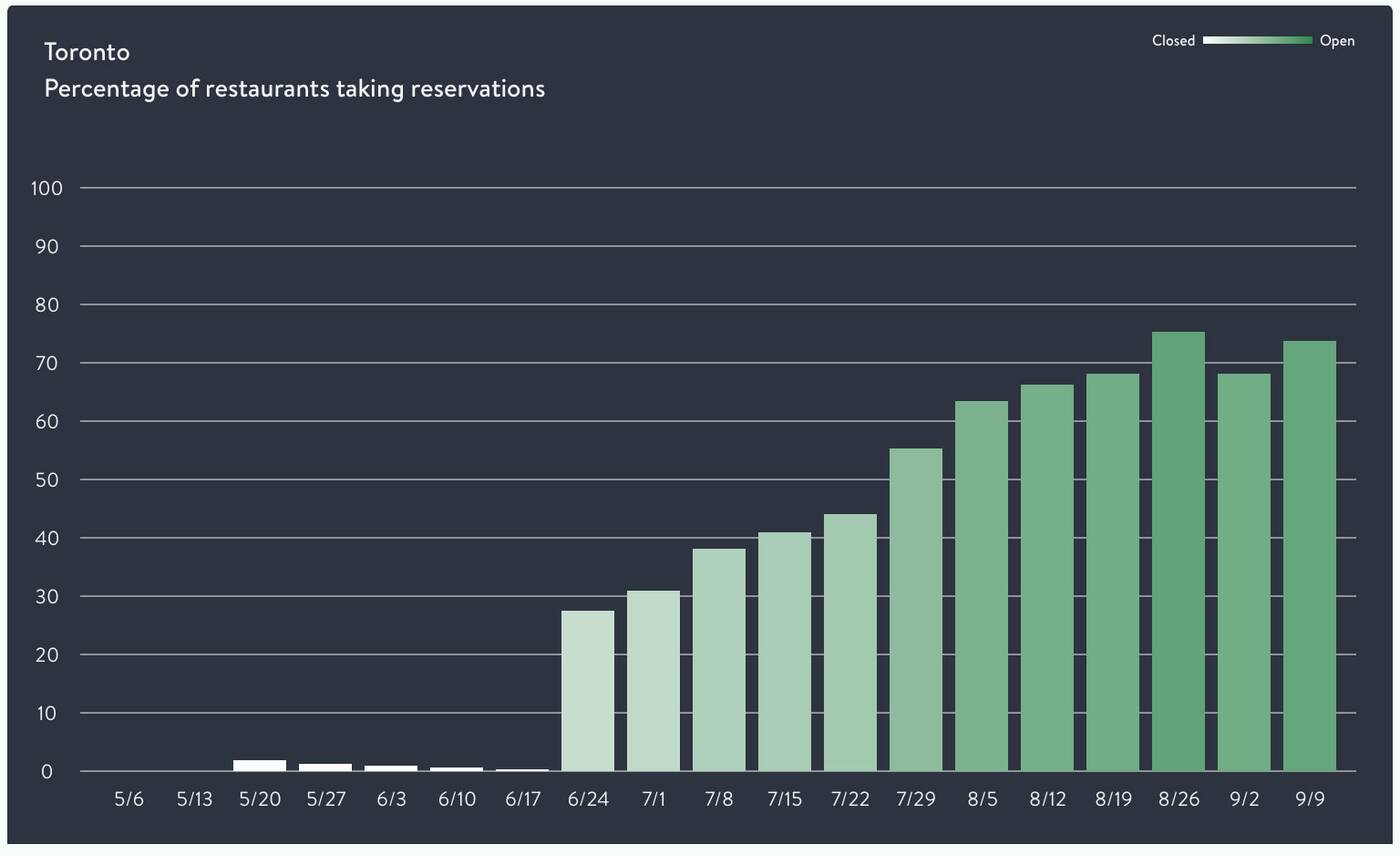 The percentage of restaurants in OpenTable's dataset that are accepting reservations from diners.

There's been anywhere between around 30 per cent to 71 per cent fewer people in Toronto making reservations than pre-COVID, numbers show.

There was also an unsually high number of reservations made on Sunday, Sept. 6, with just 18 per cent fewer bookings than last year, followed by a significant dip just two days later on Sept. 8 with 71 per cent less reeservations made.

Toronto's numbers are fairly on par with the stats from Vancouver, while people in Edmonton seem more eager than than us to be dining at restaurants again. 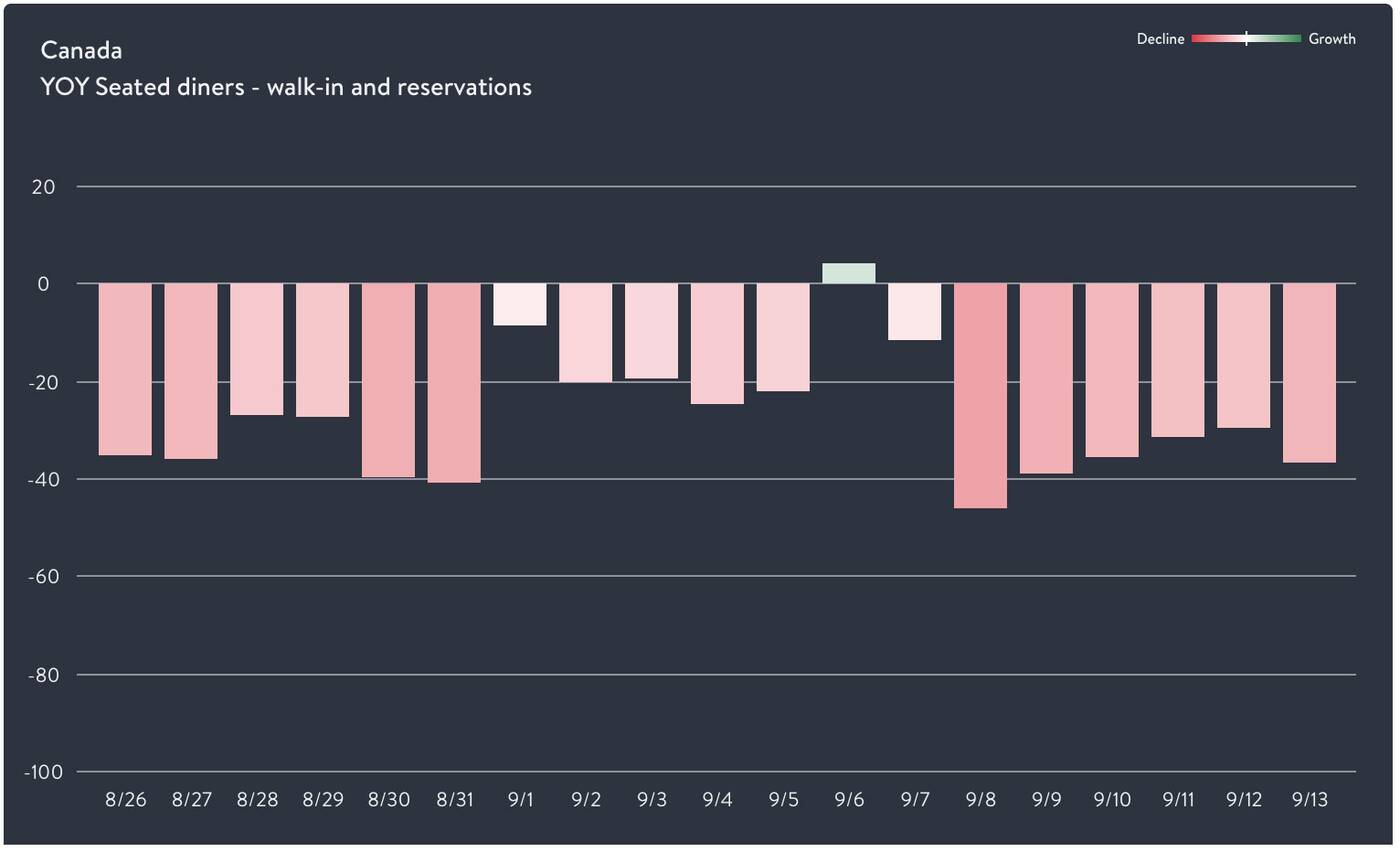 Data shows nationwide decline in number of diners eating at restaurants in Canada in August and September compared to last year.

OpenTable also shows that the percentage of restaurants taking reservations has been steadily climbing since late June. The month of September has seen more than 68 per cent of businesses back to accepting bookings.

But with experts saying that a second wave of COVID-19 is coming on fast, those numbers may see another drastic dip as numbers start to spike once more.