For months Toronto's most popular dog-friendly brewery was eerily quiet.

Black Lab Brewing, like all other bars, was forced to close its main space off to customers, turning the taproom once full of wagging tails into a lifeless space filled with kegs and stacks of chairs.

"It just kills me to see the brewery looking like that," says Black Lab owner Billy Madden, who runs the brewery with his wife Anne (and Snoopy, their eponymous black labrador).

"The fact that we built this space to be a community, that's what we wanted more than anything. Then COVID struck and for three months [it] became a production facility. It was really heartbreaking." 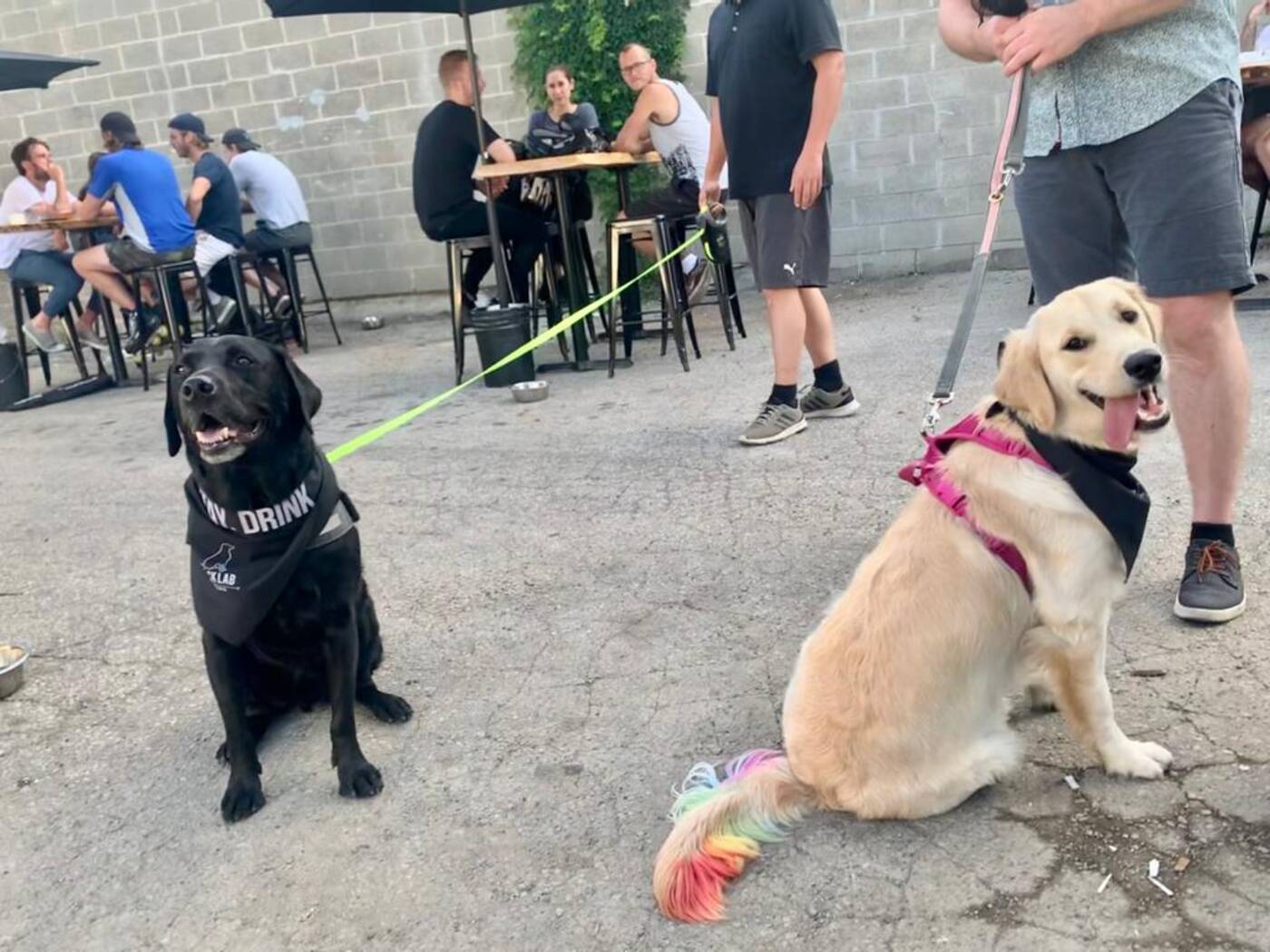 Black Lab Brewing has opened up a new beer garden in its back parking lot. Photo courtesy of Black Lab.

But Black Lab has come back to life since Toronto entered Stage 2 of the province's reopening plan thanks to a new beer garden that's taken over their back parking lot.

The sprawling new outdoor space is, legally under the pandemic bylaws, large enough for 144 people. But Madden agrees that number is absurd, and has limited the entire patio to 12 tables seating four people each (and enough room for one dog per person.)

The new addition has been a "lifesaver", and while it wasn't easy to pull together in such a short amount of time, quick deliveries from Amazon and Home Depot did the job, says Madden.

The beer garden is now decked out in tables, planters, and umbrellas. There's also a six-person patio in front of the business. 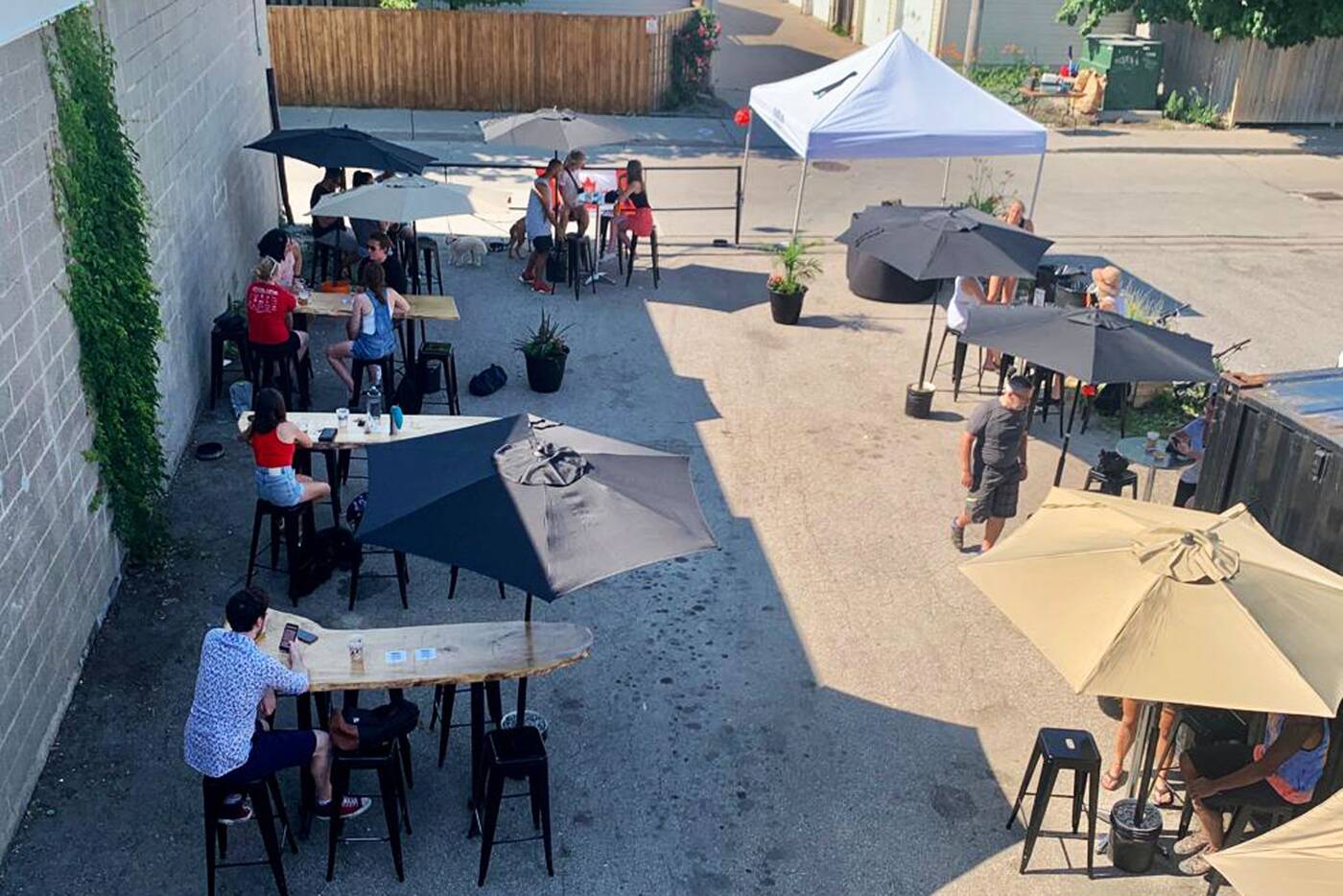 The beer garden only has 12 tables, with plenty of room for social distancing. Photo courtesy of Black Lab.

Right now, the interior brewery is off-limits. To enter the beer garden, check in with a hostess at the back, where you'll be asked to provide your information.

Once you've been seated, one representative from each table will go to the bar. A bartender will pour your choice of brew into a bio-compostable cup, and you'll carry your drinks back to the table yourself. Cups can be tossed into the compost when you're done.

As for the other main attraction, dogs, there are some rules to enjoying the patio, including a non-retractable, six-foot-long maximum leash. 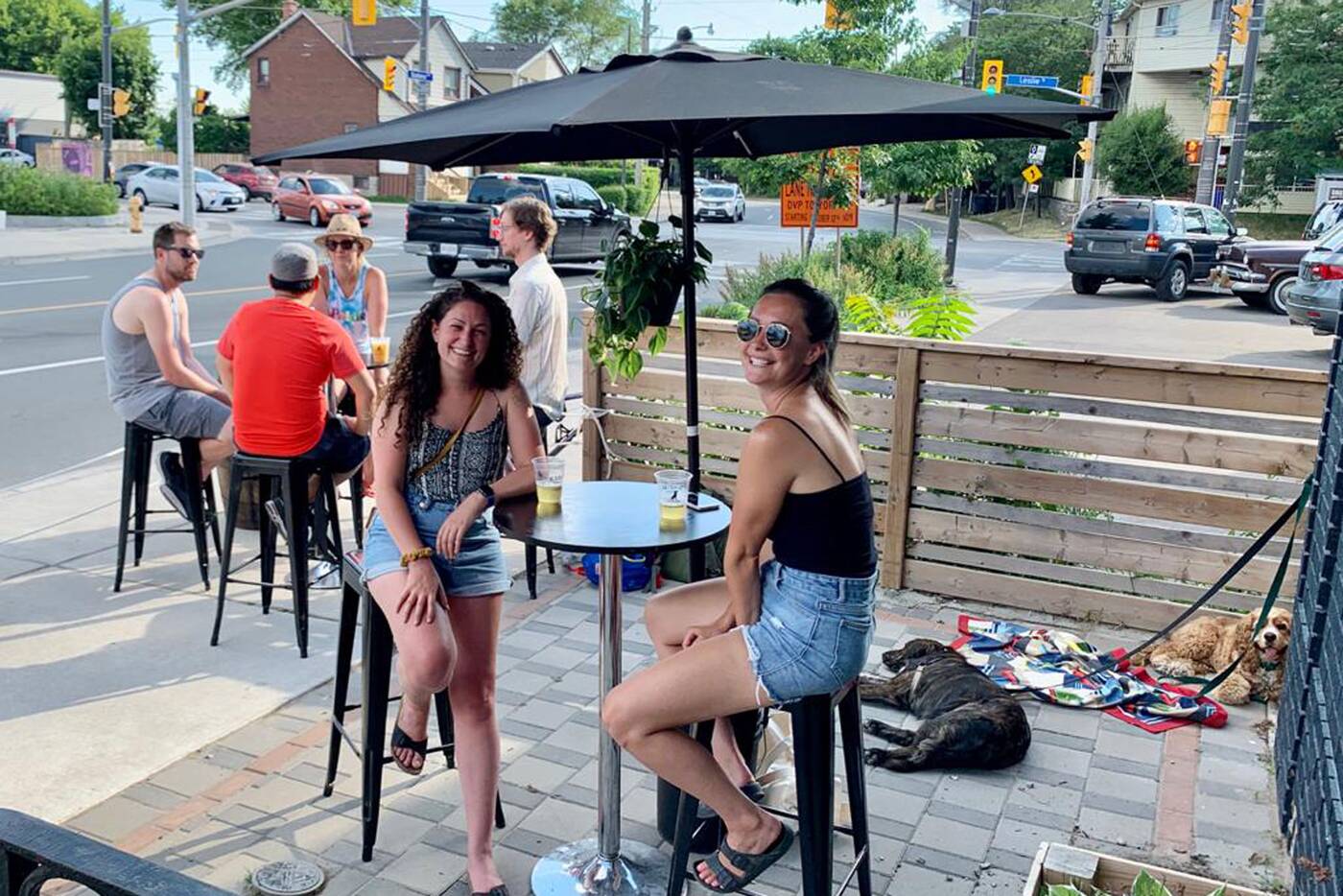 The brewery also has seating in the front for customers. Photo courtesy of Black Lab.

And when it comes to petting other people's doggos, Madden says they're leaving it up to the customers' discretion.

"We've sat people far enough away, but that's a judgement the pet owners will have to make. We certainly don't encourage it. Common sense does rule, and people make sure to ask before petting."

Black Lab's beer garden is open every weekend, but their bottle shop is still open daily.