A non profit religious organization that normally operates Islamic centres in Canada has partnered with restaurants across Ontario to serve over 8,000 free meals for frontline workers since they launched the program on March 21.

"When COVID started our centre closed and we couldn't do any congregations and we thought how can we can continue doing what we do best which is to help people," explained project lead and ISNA Canada volunteer Nabeel Mirza.

"Our Centres manager had this idea to feed the healthcare workers.
We just called a couple of restaurants and they said yes right away and then the floodgates open."

The organization originally partnered with seven restaurants to show their appreciation for healthcare workers in the Halton and Peel region.

But it quickly gained a lot of attention, with Premier Doug Ford tweeting about it along with hundreds of people sharing the original Facebook post, and in just a few short weeks the number of restaurants involved tripled.

The restaurants managed to deliver 2,000 meals in two weeks and by this week they'd served over 6,000 meals to 19 hospitals located in Toronto, Kitchener-Waterloo, Mississauga, Brampton and Windsor

"Everyone did this because of the goodness of their heart," said Mirza

"The beauty of the meals program at ISNA Canada and all its participating restaurants is that they are serving people of all ages, colour, religion. The restaurants do not ask for any donations and are serving people who are not even in their region. No boundaries whatsoever. It's being done, because the people who are doing it, believe this is the right thing to do." 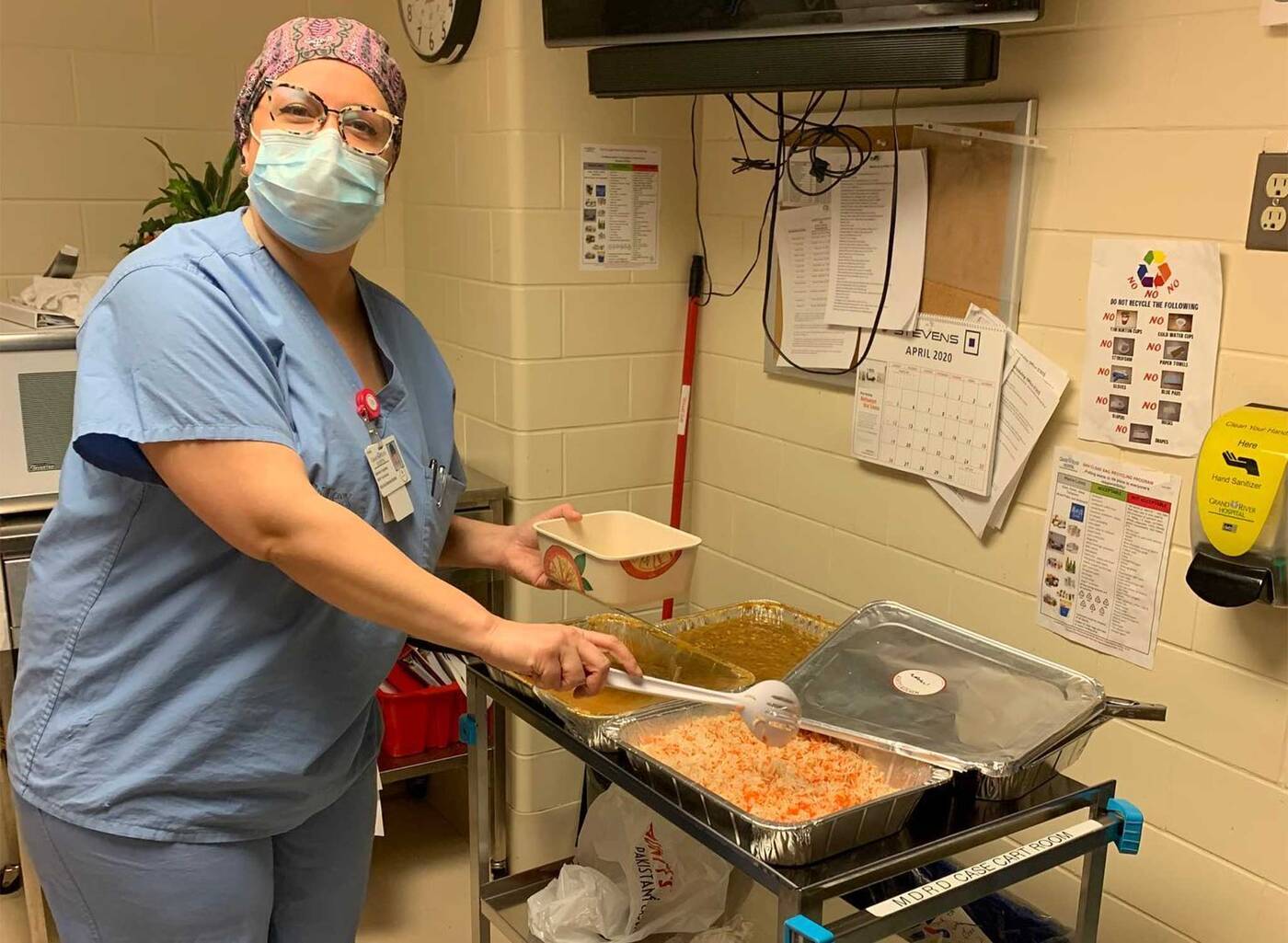 One of the restaurants who participated was Aunty's Kitchen, who served around 1,000 meals from their two locations in Mississauga and Kitchener.

"I loved the entire experience! Whenever any healthcare worker came up to us they were so grateful. You could see it in their faces they felt great to feel appreciated," Zubair Shahab, Aunty's Kitchen catering director told blogTO.

Now ISNA Canada is extending the program until May 10 as well as expanding to offer meals to other frontline workers such as police, paramedics, and other people in need such as those in shelters.

"We've had overwhelming feedback. This crisis has brought [out] the humanity inside us. I see people helping each other and getting motivated by doing this. I'm really glad I'm part of this and really happy that it's been recognized," said Mirza.

While Aunty's Kitchen isn't officially taking part in the meals program anymore they haven't stopped doing their part to help.

"Ramadan...is a month of mercy and [about] showing compassion. So we're pivoting and providing free meals to anyone in need at this point," said Shahab. "We're struggling but we know there are people who are struggling even more."