Not all heroes wear capes, but most are wearing medical masks, while others are watching people line up for the LCBO from their window, tracking how long it takes for them to get inside.

If you find yourself about to buy booze at the the LCBO by Spadina and Dupont, do yourself a service and check the Instagram @w8time first.

The Instagram account, which was started last weekend, posts live updates on how long the lines are at the LCBO at 232 Dupont Street.

It even provides the EWT — Estimated Wait Time — for customers as they wait to be allowed into the store, which has a maximum capacity of 30 people as a measure of enforcing social distancing.

Guillermo Herrera-Valencia, a self-proclaimed "technology geek", lives directly across the street from the store, with a perfect view of the LCBO's eastern facade.

He started the account for a couple of reasons: one because he wants to help Torontonians "distribute their lines better", preventing crowding at peak hours and helping people make it into the store before closing time.

The second reason is that Herrera-Valencia, an online educator, now has more time than ever.

"You won’t believe it. It’s been three weeks working from home, and I have nothing to be entertained by other than looking out the window," he says.

He's now encouraging people experiencing line ups anywhere, whether it be other LCBO locations or grocery stores across the city, to tag @w8times so he can repost the information for his followers.

So far, the empirical data that he's managed to gather about the Dupont and Spadina LCBO is pretty impressive.

Prop tips: avoid joining the line between 12 p.m. and 1:30 p.m., when the most people queue up during lunch break. The hour before closing time, now at 6 p.m., is one of the riskiest times to go, because there's a chance you might not make it in before cut-off.

And try to avoid weekends completely: they're the worst.

"It breaks my heart when it’s almost closing time at 6 p.m. and they don’t make it."

It's clear that Herrera-Valencia is both enthusiastic and genuine about the service he provides, and though the app currently has less than 100 followers, he's already started a Tik Tok equivalent, and is working on an app, and hopes to partner with small businesses in the future, to showcase alternatives to big box stores.

"Before COVID-19, no one was interacting. Now people are literally chatting outside because there’s a community sense," he says.

"It’s incredible how this situation, this oubtreak... even though we’re physically distancing, we’re more together than ever." 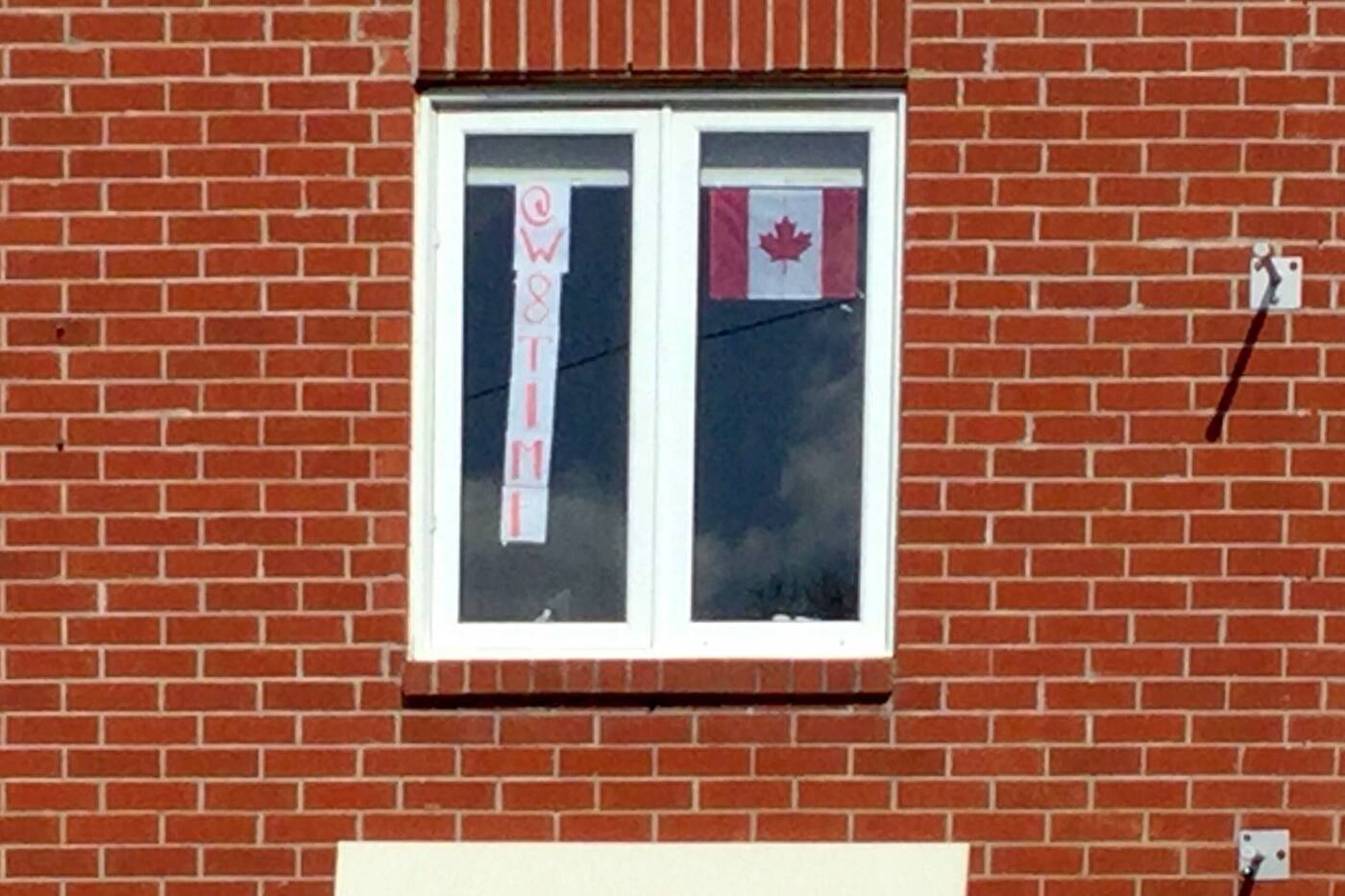