One of Toronto's most popular spots for Vietnamese food has been shut down by the city due to insects.

Pho Linh, the longtime pho restaurant at 1156 College Street, has been closed since yesterday after failing its Public Health inspection.

According to the DineSafe report, the restaurant had a grand total of nine infractions. 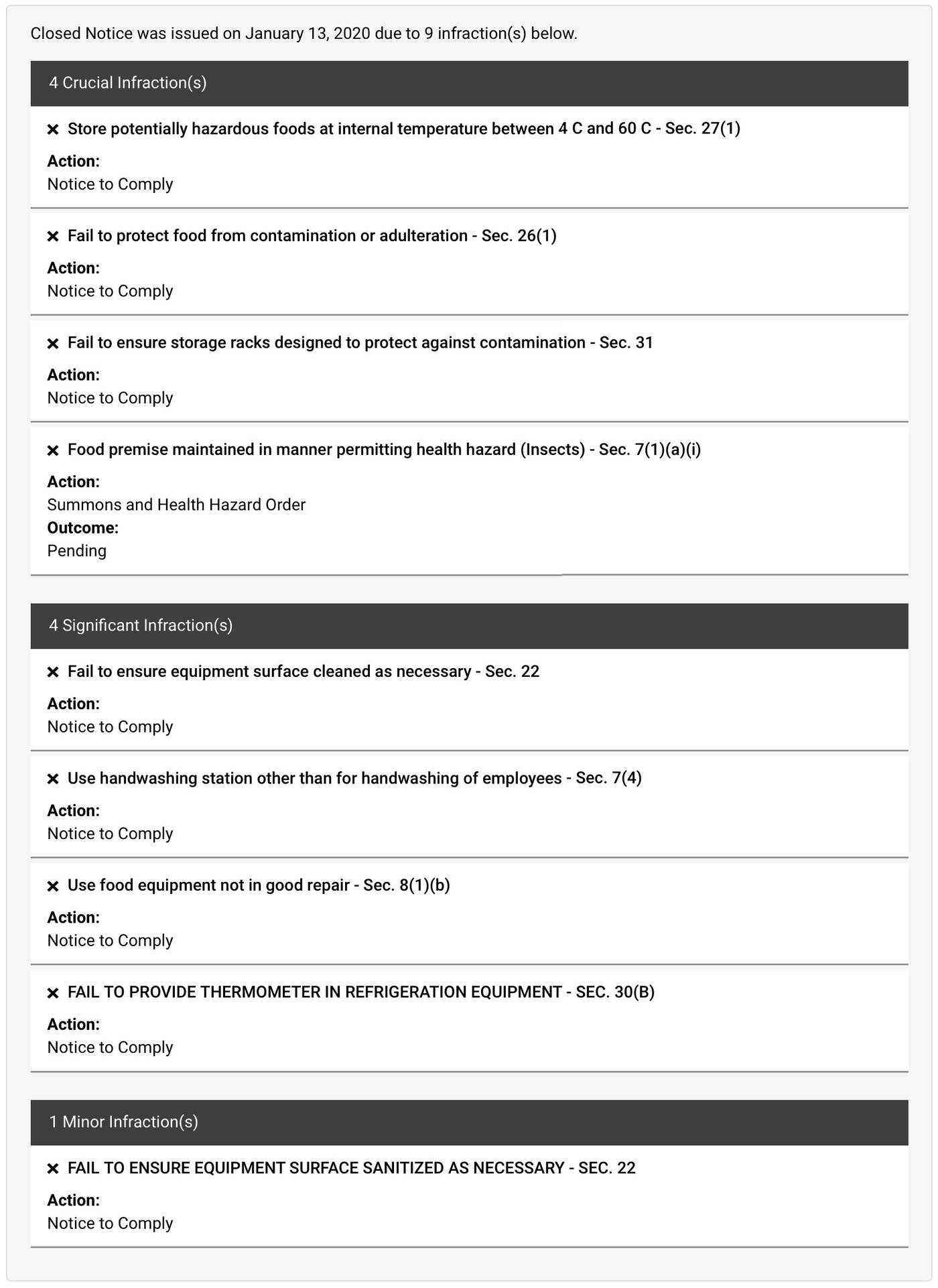 Pho Linh was closed on January 13 after failing a health inspection. Photo via DineSafe.

Pho Linh's least egregious offence was failing to ensure equipment surfaces were sanitized properly. There were four other significant infractions, like failing to keep food equipment in good repair or using a thermometer in the fridge.

But the biggest offence—there were four crucial infractions in total—was maintaining the food premise in a manner permitting bugs.

It's unclear when Pho Linh's follow up inspection will be, so the restaurant will stay closed until then.