A Chinatown location of a popular bakery chain has been closed down by the City for failing a DineSafe test.

Furama Cake & Desserts at 248 Spadina Ave., which is a popular spot for pineapple buns and all sorts of baos, was forced to close yesterday until further notice.

Health inspectors found that the bakery had a total of five infractions. 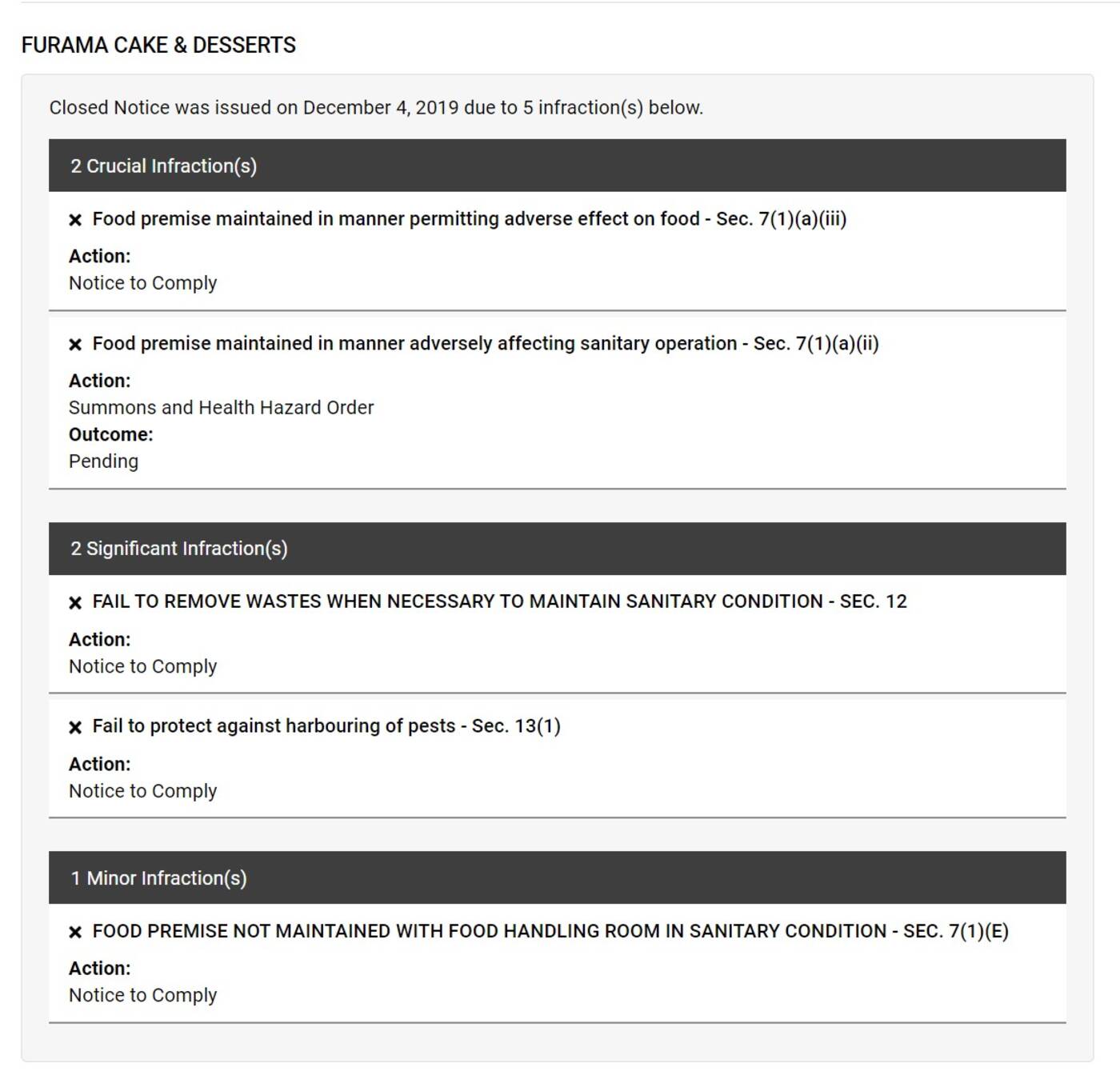 Furama in Chinatown has been closed down since Wednesday. Image via DineSafe.

Two of those offences were considered crucial by DineSafe, which both involved failing to keep the restaurant clean.

Other significant infractions include failing to "remove wastes when necessary," and failure to protect against the harbouring of pests.

Furama has locations all around Toronto, including inside First Canadian Place, where it offers deals on Chinese cakes, but this Chinatown shop is one of the few locations with a generous seating area that's popular for older folks settling down with coffee and buns.